The Bridge Builder was a tricky proposition, because it had to be able to move around easily, but also create a bridge that the tank could cross (and the tank is a pretty weighty engine of destruction). Also, the gaps had to be big enough that the tank couldn’t just roll across them, and so the actual bridge emitting bit was getting a bit big and unwieldy. So we made bridge sections that cleverly expanded immediately after emitting. Not only is it useful, but it looks cool too! The tank was good fun, but we decided that what we also wanted something that actually fires missiles. Technically (here comes the science bit), the tank fires projectiles, which aren’t self propelled, and we want missiles, that zoom towards their target rather than arcing towards them like a grenade (okay, not very scientific). Making these guys actually go in the right direction was quite a challenge. Have a go yourself and you’ll see that quite a few factors come into play: what it’s made of, the angle it’s launched at, exactly where the rocket is attached, the power of the rocket, and the position of any explosives attached to them. Lots of fine tuning (and the invention of the microbomb) later, and it was done. Lovely.

Aaaah more tanks and destruction. Spiffing stuff. Here the landscape of the level changes once more as we introduce the bridge builder and missile launcher. These vehicles are both built in the same style as the tank, so you can create a whole matching army assault force should you so wish.

A problem that we encountered however, is that if you want the vehicles to be able to run side by side you’re kind of limited to using stickers and the front thin plane for decoration. The vehicles in this level only take up two planes each (a thin plane and a thick plane), so they can drive past each other easily as long as the back and middle thin planes are kept free – we also use this handy tactic on the crane and cement mixer in the construction level (Construction Derby).

As previously mentioned, the military levels see the introduction of not one, not two, but eight (yes really!) different toy soldiers. Well OK, four different ones, in two different colours. We really love these little guys. In fact, we love them so much we stuck brains on them so that we could blow them up. Ka-boom indeed! Whilst previous levels have been wholly based around using the vehicles, this level sets you loose to explore more on foot. Did you ever get a shiny new toy, and have more fun building a fort out of the box? We certainly did, and this “homemade” aspect was largely our inspiration for this level. The style is quite simple but very strong and effective, making great use of cardboard materials and some wicked new castle-themed stickers. We’ve also put our lovely fire effect to good use in order to make certain sections look like they’re smouldering away, again in combination with some cunning sticker usage. To all this we’ve added a good spattering of 3D objects to pep things up – look out for some cunning secret areas to make sure you pick all the prize bubbles up! Rounding things off is a rather unusual boss that you have to defeat using the rather satisfying might of the missile launcher. We don’t want to give too much away however, so you’ll just have to believe us when we say it’s wheely good… 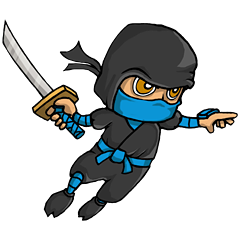 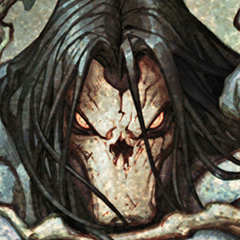 When is this out in the uk because I know the us is getting this.