The final level. No pressure, then! To be honest this level was a bit of a headache. And not just a normal headache, but a big, fat headache, one of those ones that the ibuprofen doesn’t even take the edge off.

The main reason for this was that, like Jon’s submarine, the jump jet is effectively ‘floating’, and so can be really difficult to control. Now, Jon’s luckier than me because the sub’s supposed to be underwater, so moving really slowly is a good thing. Not for a jump jet though, eh? Oh no, something like that’s got to be moving pretty quickly. And we want it to have controls for four directions, not three (the sub is naturally buoyant). Four controls for one cockpit. Grrreat. And another thing: the trouble with something as big as the jump jet being made to move at any speed greater than ‘quite slow’ is that you can’t see where you’re going. With the tank, for example, you can point the camera in front of it, and as long as Sackboy’s on-screen, everything’s fine. But the tank only needs to move forwards in its levels; the jet has to be able to go forwards, backwards, up, down, in fact it’s more than four directions because you can go diagonally as well.

The point is, I cracked it. The jet has a variable counter thrust when the player lets go of a control, making it stop quickly, so that you don’t fly into any of the hazards. The cockpit walls, floor and ceiling are all controls, meaning you just have to grab in the direction you want to move. The jet also gets locked into place whenever a magic mouth triggers making sure the player doesn’t fly off in a random direction while they read the text. The cameras are set up in the level (and not on the jet) so I know they’re always pointing in the right direction.

Okay, that’s my last development diary for the ‘Turbo! Pack’. We hope the insight into what we did was helpful to you. We’re looking forward to what you, the community, start doing with all these magnificent machines.

Daga daga daga! If we’re perfectly honest, the jump jet caused us rather more problems than we would have liked. It’s such a cool vehicle though we struggled through, since we couldn’t bear to let it fall by the wayside. The plane itself again follows the military style from the last two levels, so you can now expand your domination of land and sea by taking control of the Little Big skies too!

As with all the other vehicles we designed what the jump jet looked like before we designed the level, because its capabilities really defined what sort of gameplay we could use. This one took a little more thought than most of the others however. The first major decision we made was to build the jet from a front-on perspective, whereas all the other vehicles (barring the pogostick) are portrayed from the side. This was because it had to be very balanced in order to have as much control over flight as possible – the solution to this was to make it symmetrical, and enclose Sackboy in a small space so that his weight wouldn’t upset the balance as he moved from side to side. Recreating the jet out of 3D meshes was simple because the design was so dependent on its shape to start with that all we needed to do was give it a splash of colour. Actually this was probably the easiest part of the whole level! Did you know you can manually alter how big the bevel on a material is? Using the Corner Editor tool, move one point (one near a corner usually works best) really close to another and you should see the bevel get smaller. If it doesn’t work at first, try picking another point to move. Since our stickers only cover the front of an object, this is really useful for using stickers to disguise materials that have a noticeable bevel, such as dissolve, pink and peach floaty. From an artistic point of view, the main problem that we’ve had while building this level is that the jump jet’s flight is blocked by objects in any plane except the front thin (unless they’re made of gas). In addition, we’ve had to be careful that there aren’t any weird nooks and crannies that the jet could get snagged on. To maintain the freedom of flying we’ve had to leave as much open space as possible without allowing you to wander off and get completely lost (eek!), whilst at the same time providing enough interestingly shaped landscape to let you know exactly where you are in the level. This means being really cunning with our materials in order to signpost the different areas of the level as much as possible, and the stickers have to be really punchy and stand out. As Andy said, headaches all round.

Since this is the last level in the ‘Turbo! Pack’ we won’t give too much more away. Those tricksy toy soldiers are up to something though, so expect big explosions and tons of destruction. Oh, and a nice happy ending. :) 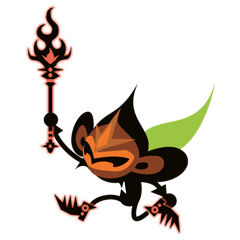 lbp is just GR8! XD
We need LBP 2 Dev Diaries too! XD
And in video (perhaps YouTube) rather than text n stuff y’no. 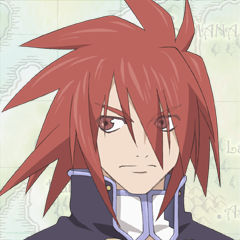 When will the GOTY edition of LBP come to the rest of europe? (not just the UK) 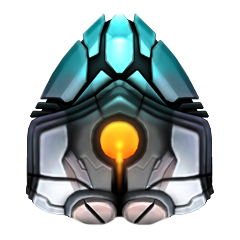 whish my ps3 wasnt broke. cos this looks amazing