Hi everyone! It’s been a while since our last post on Tiny Troopers Joint Ops, however I am now happy to confirm the release of our Official Feature Trailer. Check it out and tell us what you think!

We have also put together a brief Q&A to answer some of the questions we’ve been receiving. If there is anything further you’d like to know, please don’t hesitate to post a question below and we’ll do our best to answer J 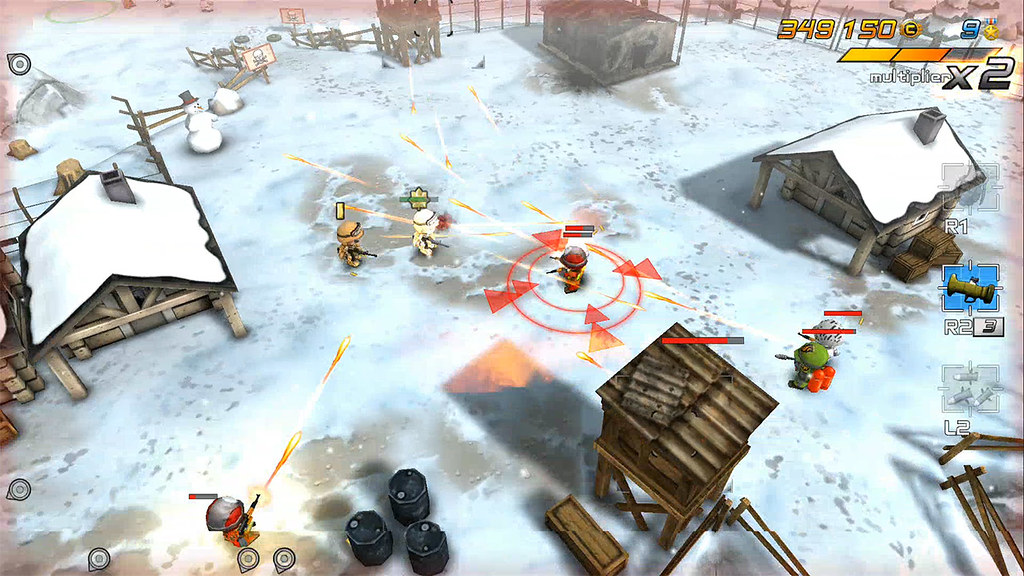 What is Tiny Troopers Joint Ops?

Tiny Troopers Joint Ops is an epic bite sized arcade shooter, filled to the brim with action-packed mini maps of mayhem! Take control of your miniature marines as you battle evil foes from around the world with a multitude of weapons and specialist soldiers. Collect medals, dog tags and Intel during the course of each mission. With over seven hours of gun toting explosive gameplay, Tiny Troopers Joint Ops is miniature warfare on a massive scale!

When will Tiny Troopers Joint Ops be available in the UK and Europe?

What is the price of Tiny Troopers Joint Ops on each platform?

We haven’t announced the price for Tiny Troopers Joint Ops just yet, however we hope to confirm this within the next few weeks! You’ll be pleased to know the price will also be fun size! 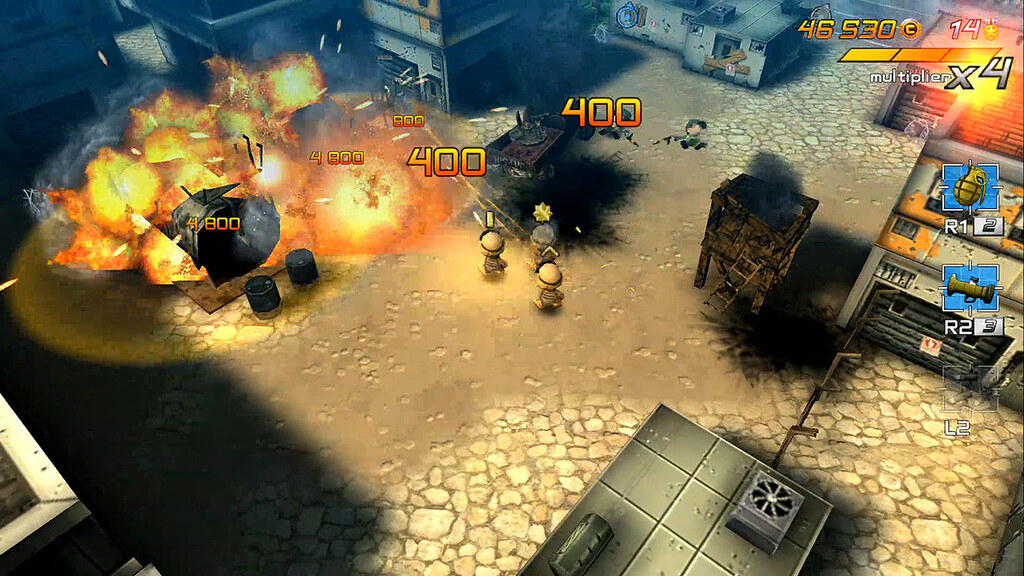 What platforms are you launching Tiny Troopers Joint Ops on?

Tiny Troopers Joint Ops will be launching on the PS3, PS4 as well as PS Vita. The game will feature Cross Save and Cross Play functionality, allowing you to download, play and save on any of the 3 devices! Just remember to save your game to the cloud otherwise you won’t be able to pick up on your Vita whilst out and about!

Are there any differences between the mobile and console versions of Tiny Troopers?

As well as upgrading the graphical display, we’ve also completely re-worked the control system specifically for PlayStation platforms. Tiny Troopers Joint Ops works as a twin stick arcade shooter on either platform, however on PS Vita you can choose between the twin stick system or touch screen controls. When using the touch screen control, simply click on the screen where you want your tiny troopers to move to and away they go. Tap on enemies or buildings to attack them and simply drag your rockets or grenades onto the targets you want to destroy. It couldn’t be simpler!

Finally, one other major difference between the mobile and console version is based on how you level up. In Tiny Troopers Joint Ops, levelling up is driven by your ability to collect in game command points (accrued for completing levels and or missions). At the end of each level or mission, use these command points to increase your trooper’s arsenal, change their outfits and more! There’s no in-game purchases required here soldier! 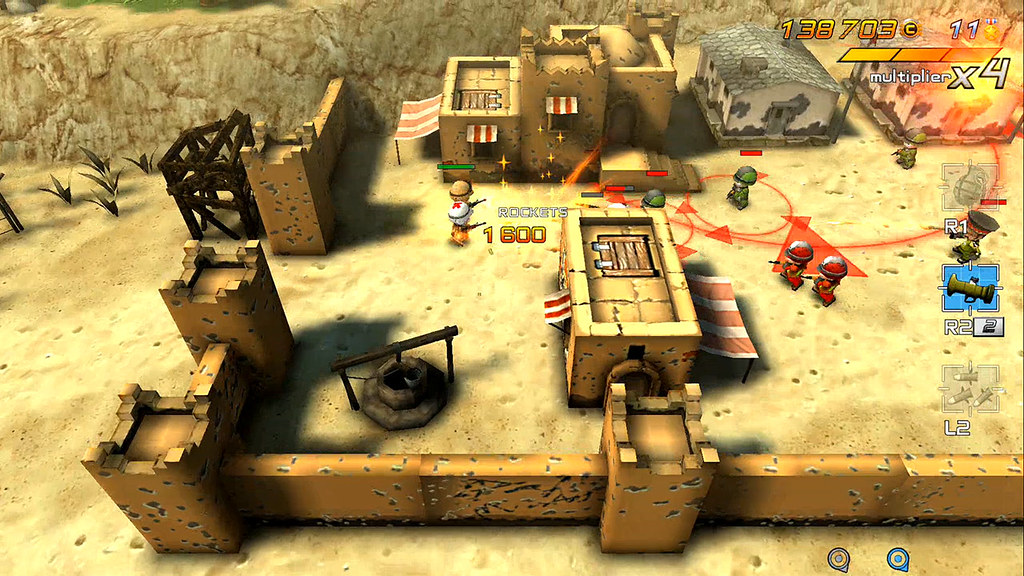 Yes! Tiny Troopers Joint Ops is fully playable across all three devices, allowing players to game on the go with their PS Vita, and pick up the game at a later date on either PS3 or PS4.

Tiny Troopers Joint Ops is a single player game that doesn’t include any multiplayer elements. You can however compete with your friends in the online leaderboards found in the Zombie mode. 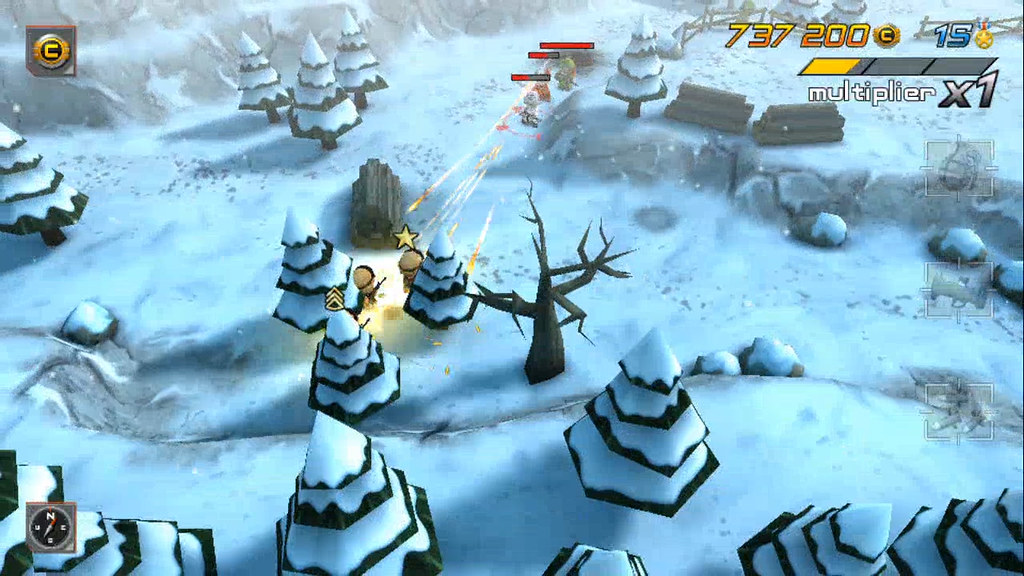 There are no platinum trophies available in Tiny Troopers Joint Ops.

How much gameplay is there in Tiny Troopers Joint Ops?

There are well over seven hours of gameplay in Tiny Troops Joint Ops including the various Zombie Modes. In total there are 58 missions to complete. Get to it recruit!

Don’t forget to head on over to the Wired Productions Facebook page to keep up to date with everything Wired. Or just hit Like on the Tiny Troopers Facebook page for more information.

*looks at the first screenshot*

Seems fun. Looking forward to it. 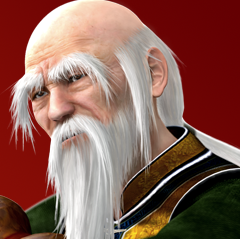 Enjoyed it on iPad. Should make a decent dual stick diversion… 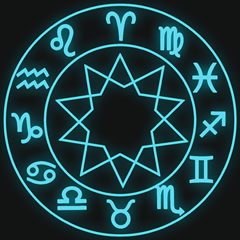 Looks fun, kind of like an updated version of Cannon Fodder.

However, 7 hours just seems way too short for a full release. 15 hours at least would be a better length, but a game that can be cleared to 100% in a day just doesn’t seem worth it to me.

Perhaps a distraction for a few hours, but I wouldn’t be looking to pay more than a few quid for a game with less than 10 hours content. That’s like going to a top restaurant and only ordering an appetiser – just as you’re starting to enjoy it and are looking for more, your meal is over.

Only 7 hours of game play. Like DJOats said, maybe a bit of pick it up for an hour or so distraction. Wont be buying if its more than 3 pound.

for such a short game £5 or less would be reasonable. Will the trophy list be separate for each platform?

Hi Witcher70 thanks for your question! Tiny Troopers Joint Ops will have one trophy list across all 3 platforms and the process is shared across all 3, meaning if you unlock trophies on 1 platform, they will be unlocked on the remaining platforms.