Hi, I’m Dan Holbert, designer and programmer of Paperbound, a crazy new brawler coming to PlayStation 4 this Spring. I’d like to share our trailer, talk a bit about the game, and answer any questions you have. It’s been a long journey filled with seven-day work weeks, so the team is happy that a lot of people have really enjoyed it, including GameSpot and PlayStation Lifestyle.

Paperbound is a game where you run with scissors and walk on walls — all in the context of old books that have come to life. It’s a local multiplayer brawler. Two-to-four players fight it out in single-screen arenas from the pages of old books including A Journey to the Center of the Earth, Dante’s Inferno, Musashi’s Book of Five Rings, the ancient Egyptian Book of the Dead, and Skull Kingdom.

Magic dust has brought the characters from these books to life and given them the ability to manipulate gravity. Your gravity reorients to match the surface you’re traveling along. You can also flip your gravity 180 degrees at any time for quick surprise attacks and fly-by decapitations.

It’s both wacky and full of intense competition. There’s something about running up a wall and then flying across the screen while throwing scissors shuriken-style that just never gets old for me. 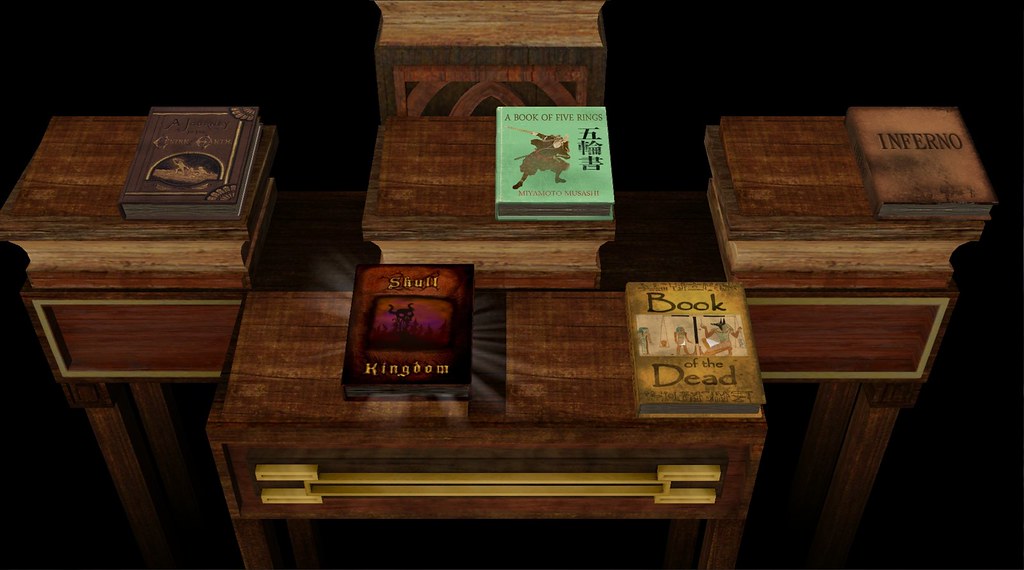 Choose an arena from one of these five books

With Paperbound, I wanted to create something that is fast and twitchy, but that also has depth. Three weapons interact in a variety of ways that require you to be fast with both your reflexes and your strategising. The melee attack is your bread and butter, fast and deadly. Throw scissors for precision long-range attacks. The ink bomb is a more advanced weapon that can take out several opponents at once but requires skill to avoid it backfiring on you.

We often compare Paperbound to Smash Bros because that’s a well-known game, and because we feature playable characters from a number of other games, but if you’re familiar with Towerfall or Samurai Gunn, those are closer comparisons. But whereas those excellent games have 8-bit aesthetics, the hand-drawn environments of Paperbound allow for 360 degrees of gravitational freedom and a wide variety of arenas. 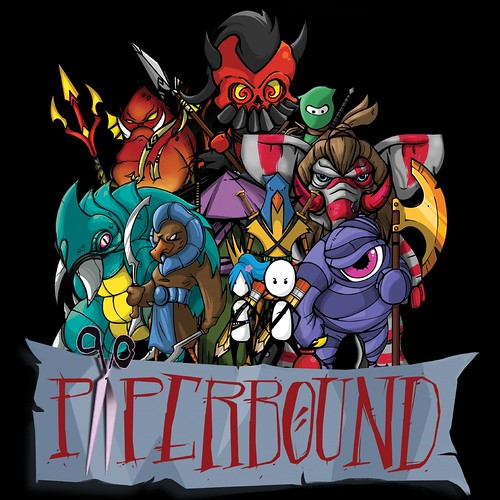 Paperbound has 11 original characters from the pages of the books, plus a number of playable cameo characters including Juan Aguacate from Guacamelee!, The Locksmith from Monaco, and Captain Viridian from VVVVVV. Paperbound’s character artist, Mike, did a series where he talked about each of our characters on our Facebook page and web site. 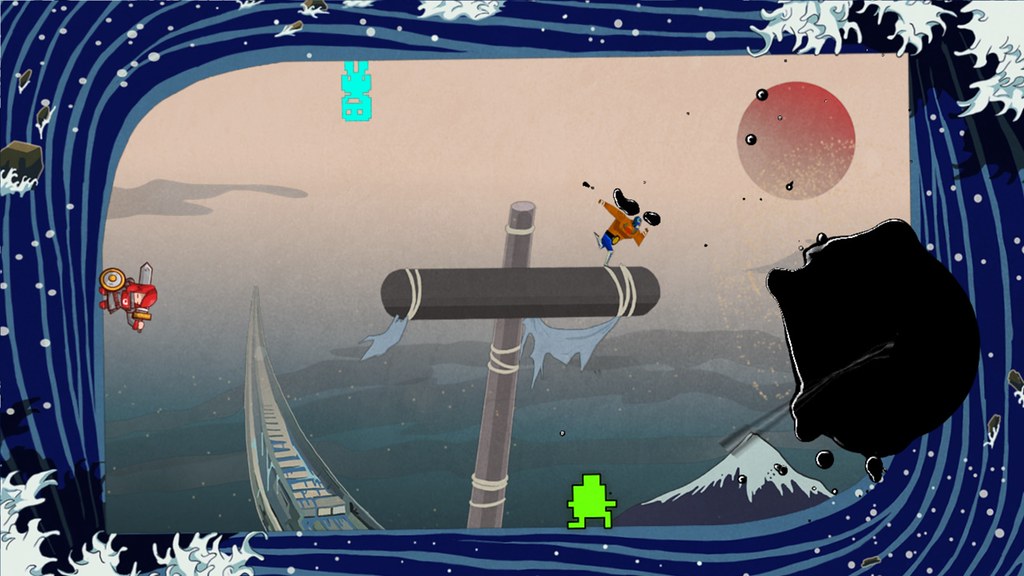 Juan, The Locksmith, Captain Viridian, and Jonviev having a battle

There are 18 levels spread among the 5 books, and four different game modes in both free-for-all and team varieties. One of my favourites is playing Capture the Quill in the Labyrinth arena.

And I think you’ll appreciate the twist we put on the basic versus mode. Rather than the game simply ending when a certain score count is reached, a tear opens in the page, and the leading player has to exit through it in order to win, changing things up and creating a great finale. I wanted to add something that rewards mastery of the physics and brings in the tension of games like Nidhogg, and this hit the mark.

Paperbound will be available on PlayStation 4 this Spring. Thanks for reading. Please ask us any questions. We’d love to answer them. 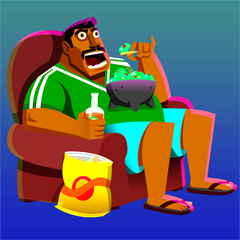 Would I be able to play alone? Asking because you said 2-4 players 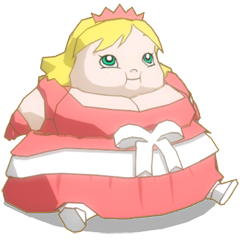 A lot of people don’t understand how important it is to support all these indie games with their creative minds behind them. Thank you Sony. I really appreciate it!

Say that again, I try to support them, unless there is a serious reason not to, in this case if there is no 1 solo game.

I will ask again as you didn’t reply to the first post, will there be any single player?