Hi everybody. My name is Jonathan Hawkins and I’m the founder of White Elk. We are a startup VR studio based in Los Angeles and are very excited to bring our first game Eclipse (working title) to the PlayStation Experience! I wanted to give you a little backstory of how we got here and a small taste of what Eclipse is all about.

Before starting White Elk, I worked at Sony Santa Monica for many years, starting off as an intern and working my way up to be Lead Level Designer. During my time at Sony, I helped to ship God of War I, II and III, which brought a lot of great experiences and lifelong friends. After leaving Sony, I knew I wanted to create something on my own, and I wanted to do it in VR.

I got a small taste of VR at Sony Santa Monica when a few programmers and designers put together a demo inside of God of War III to show Shuhei Yoshida, the president of Sony Worldwide Studios. While a bit rough, you could still see great potential. 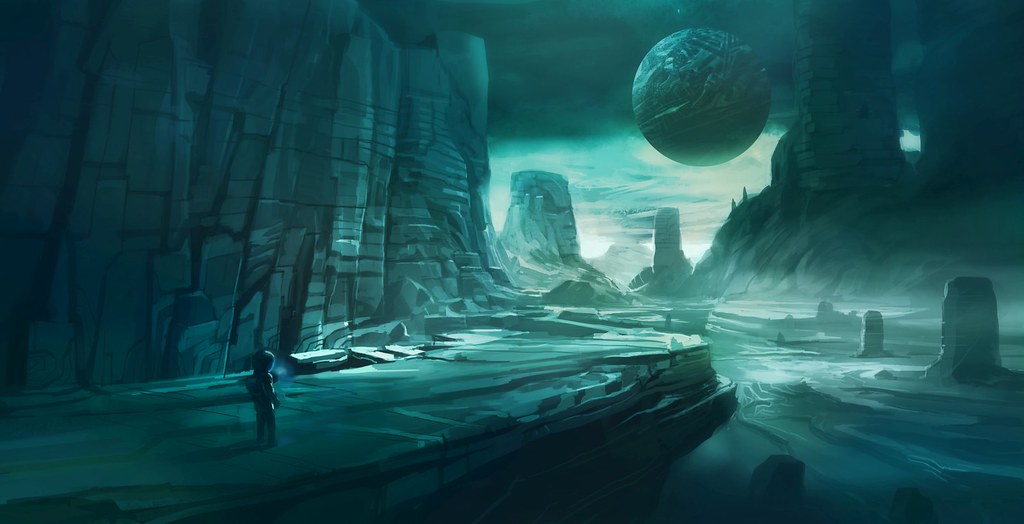 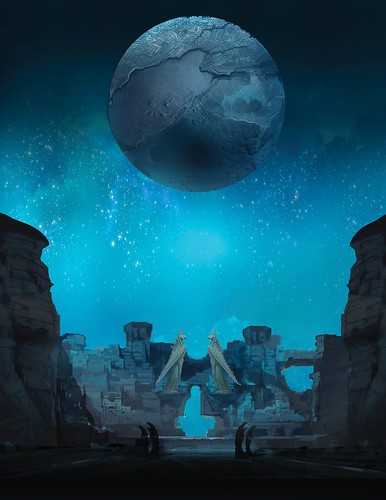 It reminded me of the first time I played Doom, a game that recreated 3D environments and teleported me to a new world. It blew my mind! I knew from that moment back in 1993 that making games was what I wanted to do. To create worlds, where I could explore my imagination coming to life and share it with others. For me, VR is the next step. It immerses the player even further into the fantastic worlds we create.

When searching for inspiration and dreaming of new worlds to explore, I listened to this song over and over and over: Johann Johannsson – How We Left Fordlandia. There was something eerie but beautiful about its composition. I’d close my eyes and drift off to this place. From those thoughts and sounds came the high level inspiration for the game.

Eclipse is a first person exploration game, set on a sentient planet with a dark past. At its core is mysterious story of a world filled with discovery and wonder. You awake after crash-landing to find yourself in a dreamscape environment, littered with the remnants of a failed civilisation.

Designed for VR, you play the game from inside a space suit that is equipped with advanced technologies. It allows you to survive the planet’s harsh landscapes and discover its past. 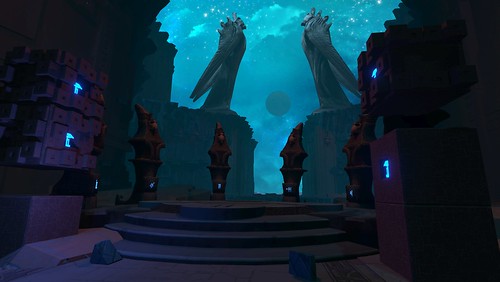 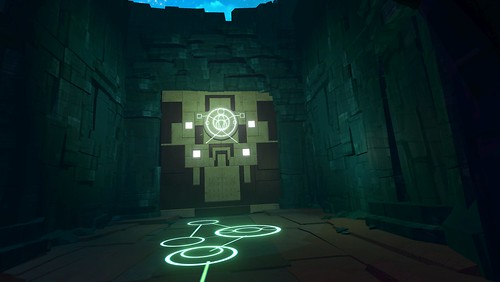 Early in the adventure you find a supernatural relic, the Artifact. A fusion of biology and technology, this device allows you to control elements of the natural world and interact with the ancient technology.

The Artifact is constructed of different fragments, each giving you new powers to control the physical world, on an ever increasing scale. Your goal is to collect these fragments, uncover the mysteries of the past, and escape the planet.

I pitched the high level concept to my longtime friend and colleague, Cecil Kim, who had co-founded Section Studios. Cecil worked for many years at Sony Santa Monica as the Visual Development Lead. We would work together on levels and puzzles, where he would take my sketches and basic gray box designs and transform them into amazing environments. We even did a PlayStation Blog post about our lost level from God of War II, Atlantis. He loved the concept of Eclipse, so we began prototyping and exploring the visual direction. 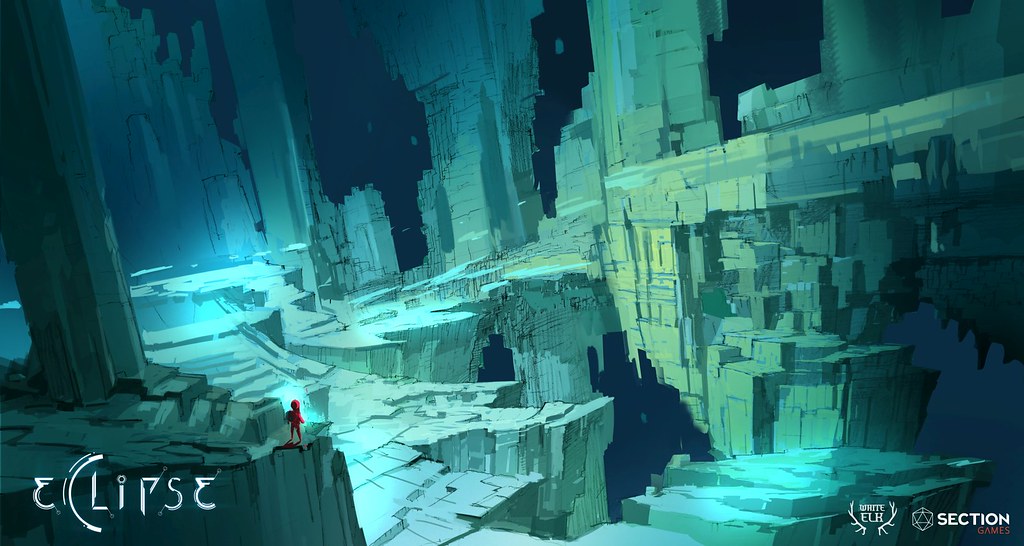 Right away, the sense of scale in VR grabbed us. We kept pushing on this idea. Filling the world full of giant set pieces and cavernous rooms. Designing traversal mechanics and areas to take advantage of the unique perspective that VR creates.

The core idea of the game is that nature is the connection. VR has allowed us to push this idea. The story of the planet is told through its environments and your interactions with its creatures. By virtually teleporting you to this world, VR creates a sense of being there. The textures of the world and the movements through the space become almost real. These feelings combined with Cecil and Section Studios’ amazing artistic abilities has allowed us to tell the story of the planet in VR, through imagery and symbolism, and breath of life into this imaginary place.

There is still a lot of work to do, but the small demo accomplished its goal – creating a new world to explore. A place that breathes its own life, sets the tone for the rest of the game, and recreates the feeling of inspiration I found in a song.

The entire team is very thrilled that everyone from the PlayStation family will get a chance to play at PlayStation Experience in San Francisco this weekend! 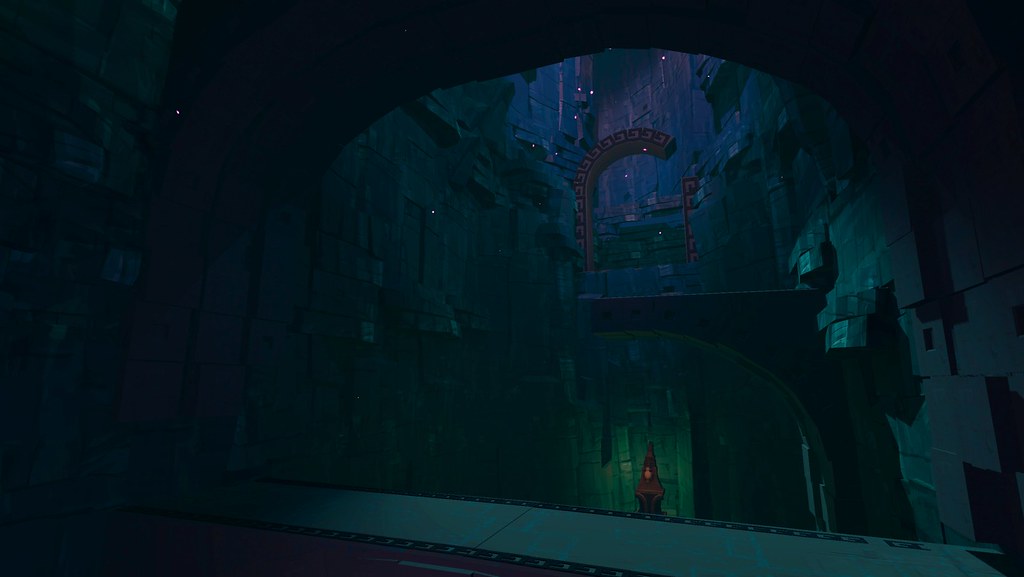 I don’t understand why we can’t just have the footage from what the player is experiencing.
I know it’s not a simple export and needs to be cleaned up and I know we won’t get the full effect of what’s on off but I don’t think screenshots are the better option.

Is there an option to play without VR?