E3 is always an incredibly exciting time for both developers and gamers. At last year’s E3, Rocksteady was out in force because Batman: Arkham Knight was released the week after the show. If you’d told me then that we’d be back in 2016 announcing our next game, I’d have called you crazy – but here we are… The next game from Rocksteady Studios is Batman: Arkham VR.

Batman: Arkham VR is a new Batman story set in the Arkham universe and exclusive to PlayStation VR.

From the early days of development on Batman: Arkham Asylum, our primary objective has been to create games that make players genuinely feel like they are the Batman. Now I know we said Batman: Arkham Knight was our last-ever Batman game, but the arrival of the PlayStation VR devkits changed that! The opportunity to create a completely new kind of Batman experience, to take the ‘Be the Batman’ experience to an even deeper level on this exciting new platform, was too good to resist.

One of the things that Arkham fans have been asking for is the opportunity to explore some of the most iconic locations in Batman’s universe such as Wayne Manor and the Batcave. For the first time in a Rocksteady Arkham story, Batman: Arkham VR offers players the chance to do exactly that – to feel that unique sense of presence in these legendary locations through virtual reality. If you’ve ever wondered how it would feel to be Bruce Wayne one moment surrounded by the finery of Wayne Manor and then descend into the Batcave to put on the iconic Batsuit, you’ll know why we’re so excited about putting the game in players’ hands.

The switch from screens to headsets was a fascinating creative and technical challenge for us, as it has inspired us to really focus on Batman’s detective skills and find new ways to use them. We all feel that we’ve ended up creating an amazing new Batman experience that is both complementary and a counterpoint to the epic grandeur of Batman: Arkham Knight.

This time around we’re telling a highly focused, very personal story entirely in first-person. Batman: Arkham VR is an intense murder mystery in the style of the classic Batman comic books, but with a strong dose of the dark psychology that the Arkham games are well known for.

That’s about all I can say for now – we’re unveiling the game at E3 this week, and we’re looking forward to unleashing Batman: Arkham VR on gamers across the world when it launches on PlayStation VR in October 2016. 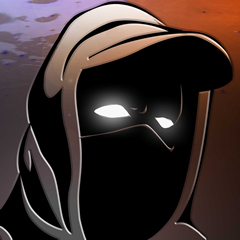 By far my favourite announcement at E3. Totally unexpected and I can’t wait to get my hands on this….

Can you make it fun please? Arkham Knight wasn’t.

Now everyone is the Batman.

Would be a great toy for people’s children though. Batman costume and all.