Alongside the galaxy of features within Lego Star Wars: The Force Awakens, we’re pleased to report that PlayStation 4 and PlayStation 3 players will also be receiving some free DLC content with the exclusive Droids Character Pack coming right at launch on 28th June, featuring a host of Droids from across the Star Wars galaxy.

The Droids have always been some of my favourite characters in Star Wars films. Even though they’re machines, they still seem to have more personality and charm than a lot of humans do! Which is why it’s really exciting to be able to give players a pack that features these awesome characters. To show you what I mean, we’re here to reveal our latest vignette detailing this exciting content, have a look…

As you can see from the video, these Droids are a cool bunch and should be familiar to many Star Wars fans. For starters, we have R5-D4 (or “Red”), a lesser-known but important astromech droid to join your galactic quest. For the super fans, this is the droid that Luke Skywalker purchased in the original Star Wars film instead of R2-D2 until a malfunctioning motivator set into motion all of the events we now know to have shaped the Star Wars galaxy! 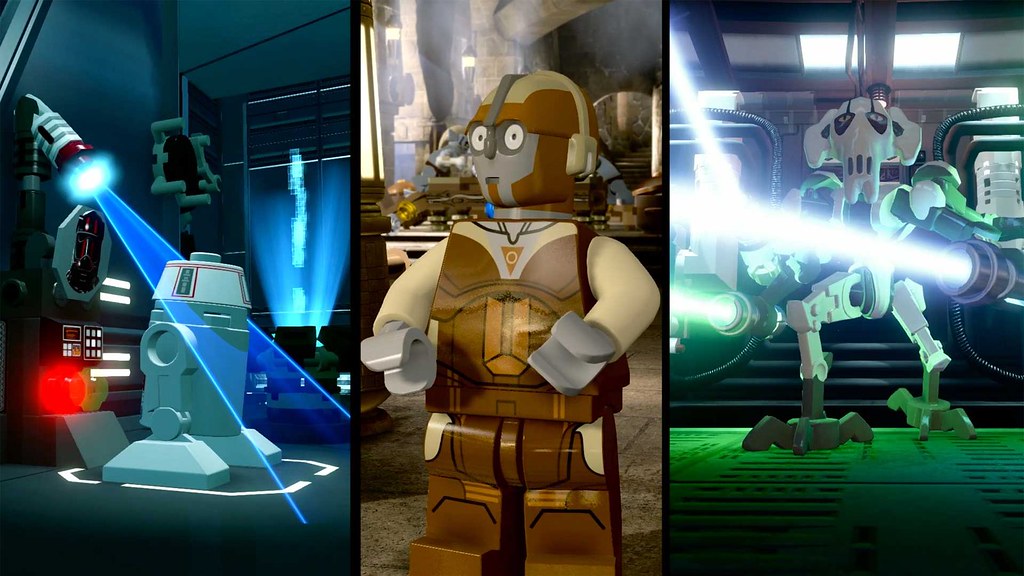 Alongside R5, we have IG-88, the chrome bounty hunter droid fans will remember from Star Wars: Episode V – The Empire Strikes Back who carries with him a unique heavy blaster rifle, capable of tracking down his foes.

Continuing the theme of combat droids, players will get to use Battle Droids from the Star Wars: The Clone Wars animated series, including the Captain Battle Droid, Super Battle Droid and the agile Captain Commando Droid. These three can certainly provide plenty of supporting fire to help you through LEGO Star Wars: The Force Awakens.

Backing up all of these Battle Droids is their cyborg Supreme Commander – General Grievous. Equipped with his iconic lightsabres and a host of combat manoeuvres, he’s every bit as fearsome a foe as what you’ve seen in cinemas and on television – definitely one of my all-time favourite characters. Being able to run around with him in LEGO Star Wars: The Force Awakens is a real treat! 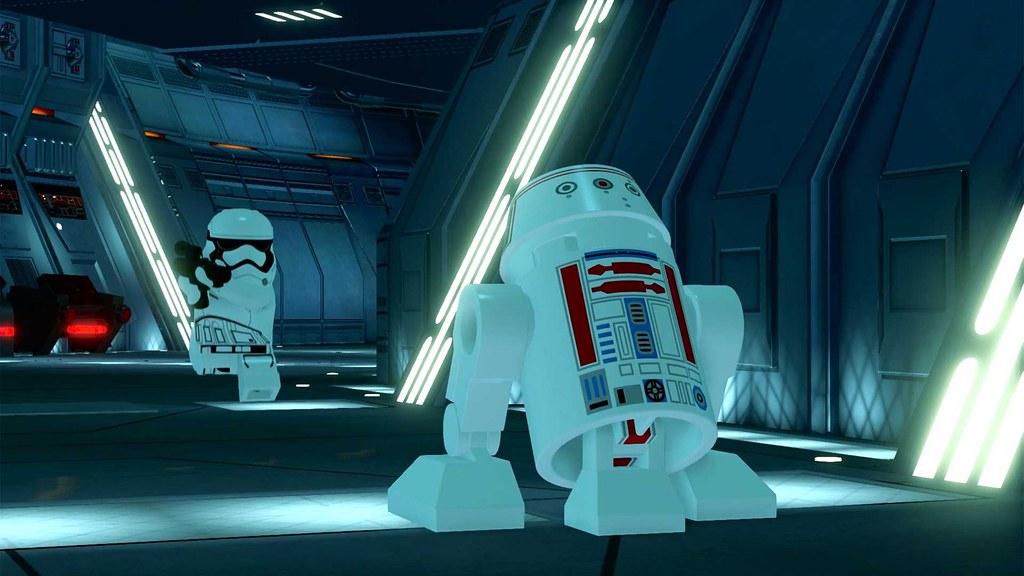 For those wishing to take a less combat-oriented approach through the galaxy, the ME-8D9 and W1-LE protocol droids offer more civilised methods to deal with conflicts, able to talk their way through situations. Fans might recognise ME-8D9 from Maz Kanata’ castle in Star Wars: The Force Awakens and W1-LE, Lando Calrissian’s personal droid featured in Star Wars: Rebels, the animated series.

Lastly, it’s not only characters here, the droids have brought air support with them in the form of a Vulture-class droid starfighter available for players to use in flight levels, as well as an extremely adorable Microfighter version to speed around the five different free play areas within the game.

Phew! That’s a lot of droids. As mentioned, the release of this pack is right around the corner, available at launch on 28th June so you’ll get to enjoy all of these awesome characters very soon.

In the meantime, from all of us at TT Games… “these ARE the droids you’re looking for…“

Why does it have to be DLC?

Just put it in the main game, jeez. 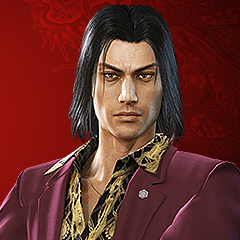 Boo, let everyone have it. This exclusive DLC is dodgy no matter which side does it…

This sort of exclusivity is a cancer. Put it on for everyone.

And… What about PS Vita?!

Vita version will be yet another pathetic 3DS port instead of a real version.

Hmm, okay. Another won’t buy, i will not support this exclusive bla bla crap. Just give us a cool game. And include this ‘DLC’ for everyone…

No thanks. Stop exclusive DLC.

Oh and where is the final part of the hobbit game?

the final part of the lego hobbit game was sadly cancelled.