After over a year of demoing the game, I’d say that seeing people play Battlezone – many of whom have never experienced PlayStation VR before – is the best feeling. We love seeing the “wow” smile on players’ faces as they enter the cockpit and take in the scale of Battlezone’s cyberworld. That never gets old! 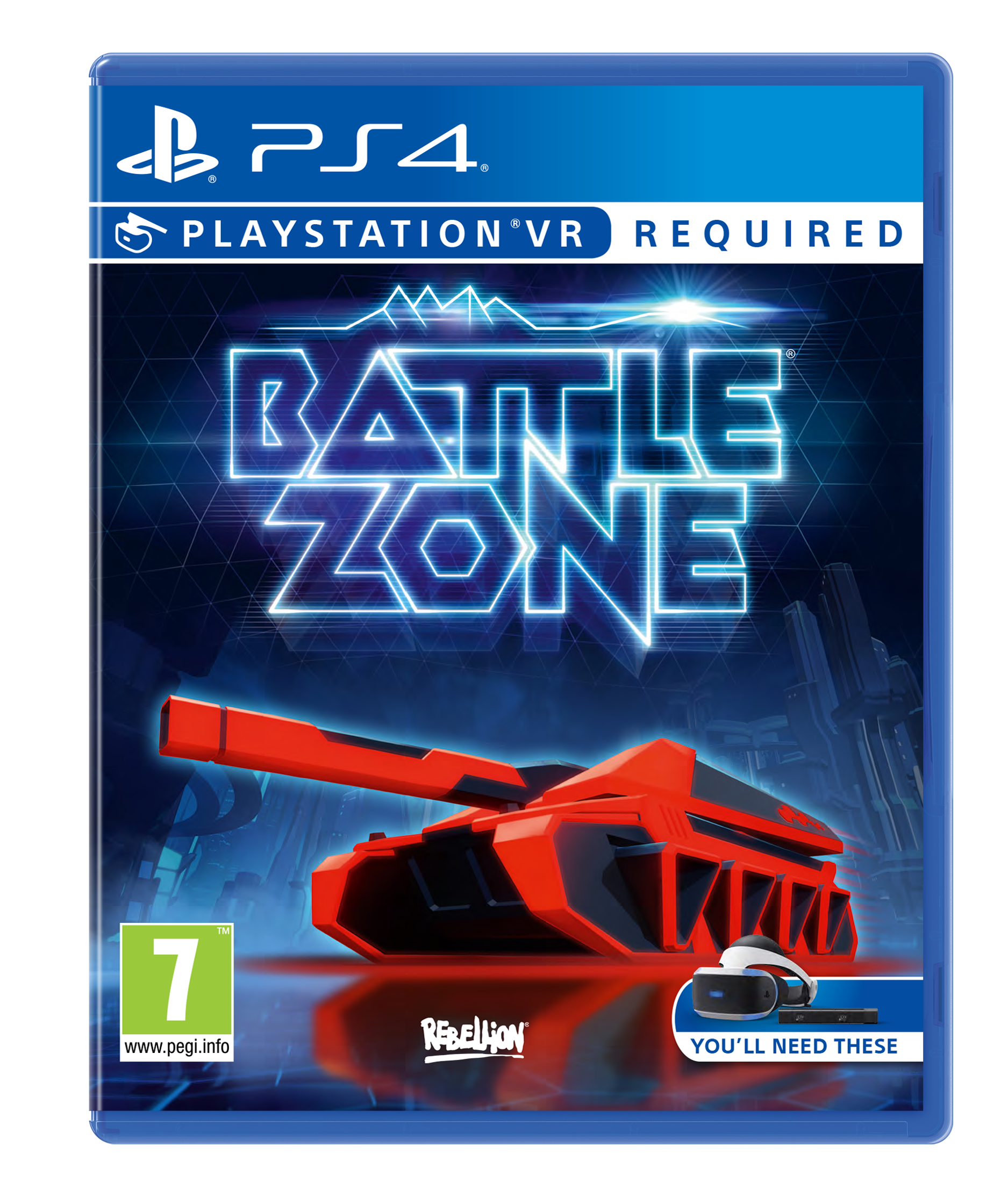 Well, after last week’s news the whole studio has got a big smile on their face! We were thrilled to reveal that PlayStation are partnering with Rebellion to publish Battlezone on PlayStation VR. It’s a huge honour, and Sony’s help throughout development has been invaluable, so we’re delighted.

To celebrate the news, we’ve got a brand new trailer for Battlezone to really get you in the mood for October. And, well, there’s an ulterior motive…
If you watch closely, you’ll see a tonne of things we’ve never shown before. Like the tanks in Battlezone, there’s a lot more going on underneath the hood of our game! Because as much as Battlezone will make you go “wow,” we’ve always said it’s a game at its core, not just an experience.

We’ve still got a fair bit to reveal before October, but to give you a taster of what’s to come, here are five secrets from our latest trailer:

Battlezone features a diverse roster of mechanized adversaries, from the iconic Heavy Tanks to the shoal-like flying Swarms and the smaller, nimble Scout, which packs a nasty rapid-fire laser machine gun. And did you spot the cameo by the Minelayer? Some of our enemies have some clever tricks up their sleeve – this isn’t your grandfather’s Battlezone!

2. Your tank is your castle

If you watch the trailer closely, you’ll spot a number of different chassis appearing beyond the bounds of your cockpit. We’ve not talked much about it yet, but you’ll have worked it out by now; yes, you can drive different tanks!

Not only do they feature varied, customisable load-outs, but they also have different attributes. Some tanks are more heavily armoured, others speedier or more manoeuvrable. You’ll find some tanks better suit your play style or particular missions, so we encourage you to experiment!

3. Bring lots of guns to a gunfight

Until now we’ve only shown you using one or two weapons. But the eagle-eyed among you will see that’s no longer the case. Our arsenal has been designed to befit the super tanks that carry it!

Look out for the devastating multi-lock-on launcher and booming artillery gun – they’re just a taste of the many weapons in Battlezone. And as you progress through our procedurally generated campaign, you’ll earn credits that you can use to upgrade them.

In addition to regular weapons, your Cobra tank can also deploy what we call “special equipment”. There are plenty of these in Battlezone, offering everything from area of effect attacks to helpful buffs.

You may have seen the EMP in a previous trailer, which takes out all nearby enemies with an electrical pulse attack. In this trailer, we feature the purple-glowing “Rot” special item, which gradually corrodes any enemies caught in its radius. Like regular weapons, special equipment can be upgraded too and we’ll have more to reveal soon.

Okay, you probably spotted this one from the rather explosive end to the trailer! As you progress through the game’s campaign, you must choose “hexes” from your map to explore – each hex represents a mission, location or event. Some hexes offer special missions that have a huge tactical impact in the long run, but the trade off is they might be harder or require a riskier approach.

Players have to consider their whole campaign strategy, not just the moment-to-moment first person shooting. For now, we’ll let you speculate about the role of the Shield Generators and how taking them down might help or hinder you in combat later in the game …

In the meantime, keep an eye on PlayStation Blog for more from us, and for every last bit of Battlezone news, be sure to follow us on Twitter and like us on Facebook. And thank you so much for all your great support so far! We’re so excited to be developing for PSVR, and we can’t wait to show you Battlezone in all its glory on 13th October. Not long to go!

Is this going to have a non-VR release?

Unlikely. VR games need exclusives, otherwise everyone will just skimp out and get the version that doesn’t require extra hardware.

It says “Playstation VR REQUIRED” in the box art so I guess the answer is no. Besides who would want to play these without VR if they are designed to be played in VR…? I don’t think they would be very spectacular games widhout it.

@mikamulperi, thanks for pointing out the obvious, but my question was will there be a non-VR release, not with this VR game work without a VR headset.

Why wouldn’t this be a good game without VR?

I played the Activision releases of Battlezone 1 & 2 and absolutely loved those games.Seems to be a shame if they never plan on releasing for standard PS4 as it looks like it could work well without it. As far as I can tell, the VR would only give you different views of the cockpit.

What is happening with Move controllers? Surely we don’t have to scour ebay for 2nd hand ones.

If they are being touted as an accessory for VR then surely SONY should be manufacturing more…..and not just to include in bundles.

I have my Move controllers from PS3. Compared to the Wii mote they are…meh. Move didn’t really catch up on PS3 unless you are interested in some fitness and dancing games.
Sony should release something more modern for PSVR instead of reusing unsuccessful PS3 technology.

is that have a non vr version?