What can a cutting-edge VR game can learn from cult indie hits?

You can break the design of Battlezone down into two core components: feel and structure.

The feel I wanted to capture was my memory of the original arcade game; exhilarating, futuristic, dangerous and fluid. If we achieved nothing else, moving and shooting in our Battlezone had to feel cool, skilful and completely intuitive.

At the same time, we were determined to a make a full game with depth. We wanted to reward repeated plays and deliver more than just a cool action experience. To achieve that, we needed a ‘meta’ structure that held the game together through a campaign. It had to fit with the core arcade gameplay but offer long-term goals and a degree of tactical and strategic decision making.

The brilliant vertical-scroller Downwell won’t seem obvious inspiration for a futuristic tank combat game, but I’ve certainly been influenced by how it adds depth and replayability to a pure arcade experience. It does that through a light rogue-like structure.

Downwell’s beautifully simplified upgrade system is perfectly in keeping with the immediacy of arcade games, and it keeps things interesting by randomly mixing up the upgrades and weapons it offers up. The choices you make at this meta-level can substantially shift the micro-level of moment-to-moment gameplay. 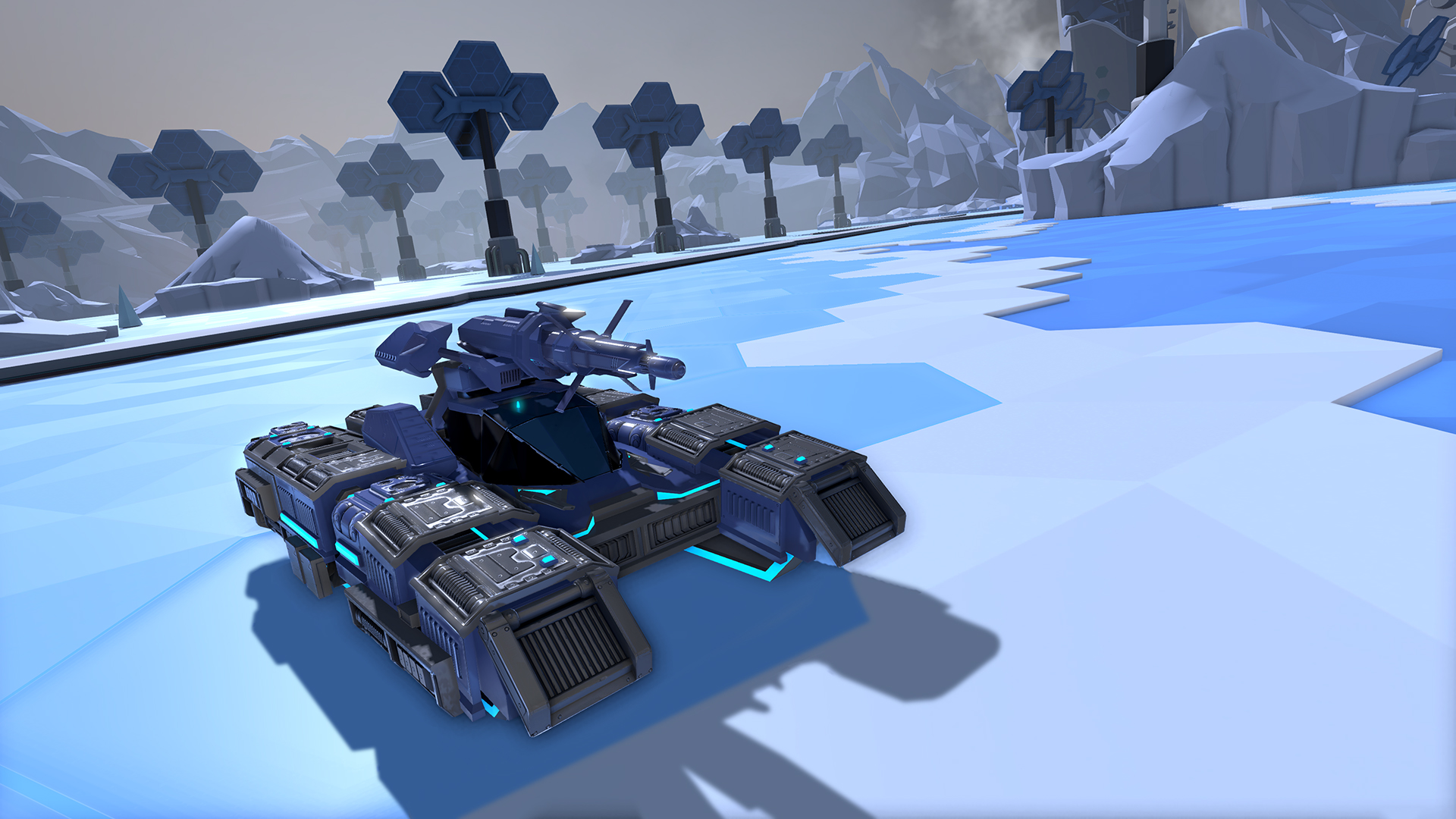 FTL is another classic example of using a procedurally-generated approach to achieve not just replay value but a sense of genuine exploration and danger. I love the light touch of its world-building and emergent narrative. It leaves plenty of space for your imagination to fill in the blanks, meaning there are no ponderous cut scenes getting in the way.

FTL, then, gave us another of our benchmarks for both the structural and narrative components of Battlezone’s campaign. Again, an unusual influence, but I think when you play Battlezone you’ll see – just like FTL – our campaign has a lot going on beneath the surface.

Another aspect of FTL which informed the VR-specific design of Battlezone is how it breaks the experience up into small chunks of gameplay. In FTL you can make satisfying progress in just a five-minute blast, or string several missions together to build an emergent narrative. We’ve wanted to ensure that Battlezone would a VR experience that felt welcoming to all comers, so we’ve taken the same structural approach.

With all that in mind, how does Battlezone actually work? Well, the campaign plays out on a procedurally generated map. We randomly mix up the distribution of environments and missions for each campaign and within each mission, the spawn locations and enemy types are also randomised based on your progress through the campaign. On top of that, the set of available weapons and equipment to buy differ with each play-through, and with each attempt you’ll unlock a greater range of more powerful tools to bring to the battlefield.

The end result is a Battlezone campaign which offers a new challenge every time you play. There are tactics and ways to approach each mission that you’ll learn as you go, but you’ll still enter each mission not knowing exactly what to expect. We want there to be a sense of risk to the ‘meta’ decisions you make: your loadout and the route you take across the map. 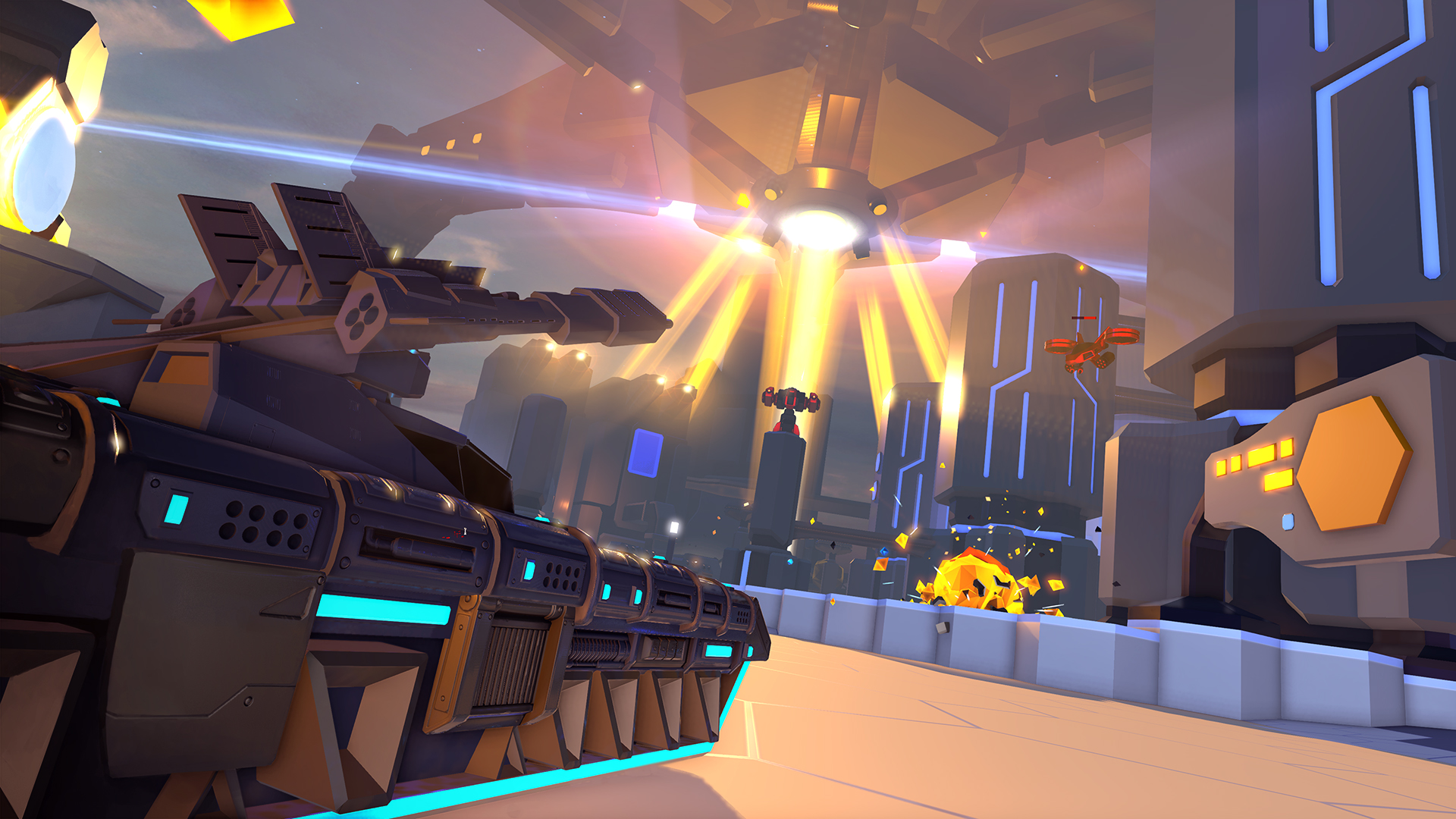 The incredible reception we’ve had from people who’ve played our demo gives me confidence that we’ve achieved our aims for the arcade feel, and that we’re doing justice to the Battlezone licence.

As developers, it’s a good indicator of the structure’s success that we’re still genuinely enjoying playing the campaign after all these months – continuing to get more out of it by trying out new tactics and making interesting strategic decisions.

So when Battlezone launches alongside PlayStation VR on 13th October, I very much hope it’ll keep you hooked like it has us.

We hope you’ve been enjoying all the Battlezone content this week! Be sure to head to battlezone.com for more info, and follow us on Twitter at @BattlezoneVR and @Rebellion.
­­­