If you’ve read anything about VR you’ll hear a lot of people talk about a distinct sense of place – of actually being there. It really is difficult to describe to anyone who hasn’t tried VR (although these chaps do a pretty good job!).

But what does that really mean? What’s different about placing you, the player, in Battlezone‘s futuristic tank cockpit in VR, versus a regular TV screen? Let’s take a close look…

We’ll spare you the history lesson but the “traditional” way of making a cockpit is to have one imagined by concept artists, and then delivered by game artists and GUI designers (the people designing your menus, health bars, ammo counters and so on). 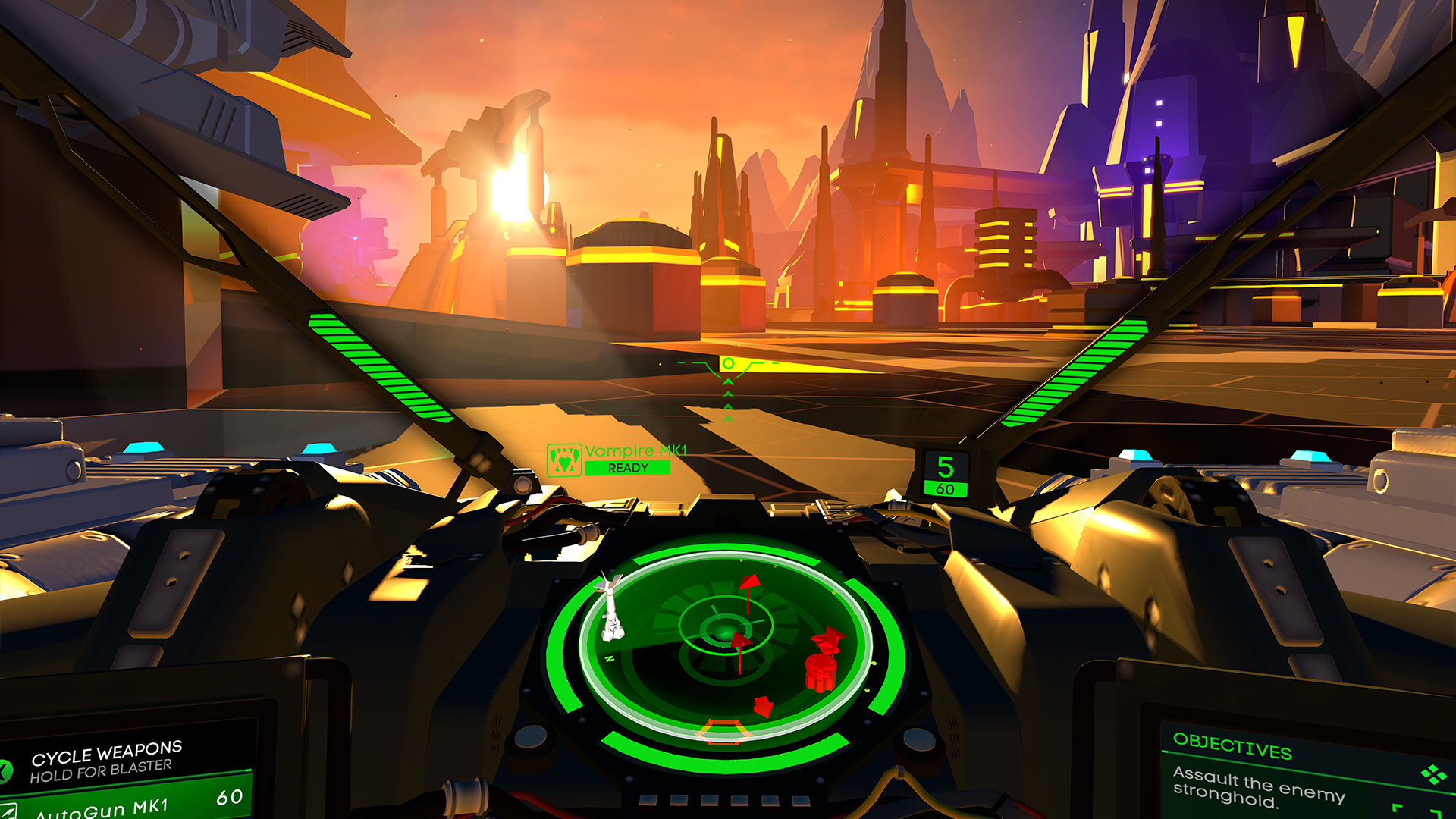 This was how Battlezone’s original cockpit was born… but it wasn’t long before we had to have a re-think.

We quickly realised we weren’t designing a 2D prop or framing device anymore – we were making an actual place, with depth that can be viewed in three dimensions: left, right, up, down, forward, back – any direction you like. Basically, there was nowhere to hide!

Suddenly, we were facing the exact same problems a real military tank cockpit designer would face – how to fit all these panels, all this information, all these weapons, in a small cab that a human can still operate effectively! Even harder was the fact that unlike the military, our pilots don’t have years of tank driving training behind them. Our cockpit had to be both intuitive and fun.

Ladies and gentlemen, we had just become industrial interior designers!

But that was just the beginning…

HUD-ing in the right direction

Our second VR revelation was just as shocking: in an early Battlezone build, important button prompts such as “change weapon” were placed over the targeting reticule. This is common practice in first and third-person shooters – as you’re no doubt aware – because in traditional games, players are looking at the centre of the screen for the most part. So, this must still be true in a VR game right?

Wrong! Whether it’s the distraction of being in a truly immersive VR world or just that players have complete freedom to look around them in awe, time and again people would miss crucial information placed right in front of them.

It was a design conundrum – but we love a challenge!

So how did we meet these challenges and transport players into the cockpit of a far-future cyber tank? Well, as ever in game development, there was no silver bullet. It took months of research, cross-team collaboration and constant testing to make Battlezone’s cockpit feel special. Here are just some of the approaches we took:

You know that invisible ‘line’ between something that’s next to you and something that’s right up in your face? That natural boundary we call personal space? Well, we put the most important information right in that sweet spot so that you’re eyes are naturally drawn to it. Chief among these panels is your radar because not only is it an awesome throwback to the original 1980 Battlezone, it’s also crucial in a firefight!

Think of it like adjusting your mirrors in your car: it’s more fiddly than – let’s say – reading your speed dial, because you’re forced to turn your head. We discovered that deliberately making players peer in or lean to see certain things conveys a sense of depth, scale and place, and sells your brain completely on the idea of being somewhere else. It also feels super hi-tech – though we’re not sure why!

Kind of like following the emergency lights on the aisles of a plane, we use trails to draw your eyes to important info. Audio cues and movement designed to catch your peripheral vision also help attract players’ attention naturally and quickly. This is something that simply isn’t possible in traditional two-dimensional gaming. 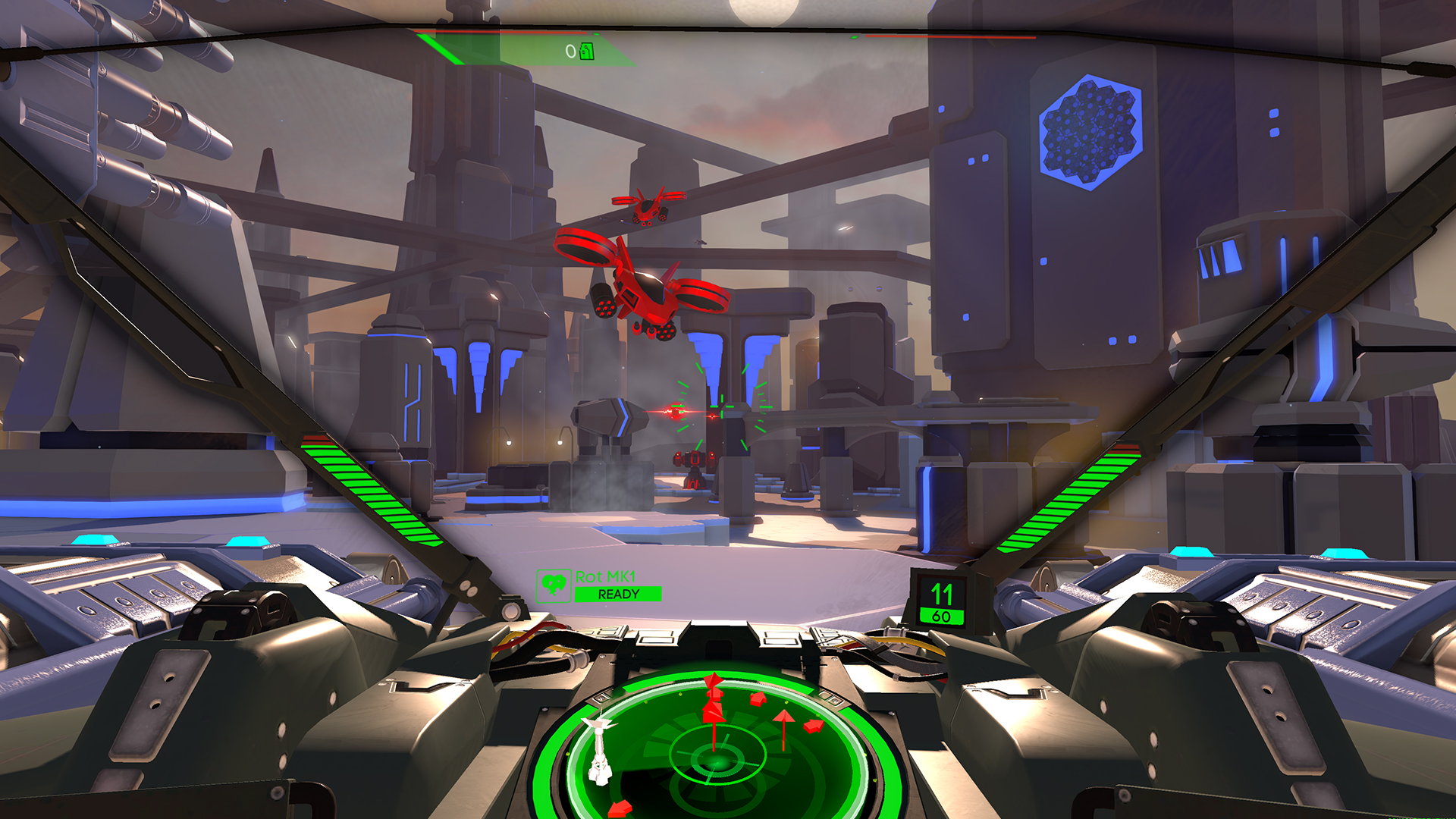 A key part of grounding you in the cockpit is that you can see the weapons you’ve chosen from inside your cockpit. Move the right analogue stick, and these huge weapons move in sync outside the tank in your peripheral vision. Change weapons or reload and you’ll know instinctively when the new weapon is ready from its animation! Even better, it just feels awesome to look up and see white-hot projectiles leaving a huge smoking gun.

VR allows you to nail the feel of your art in a way that 2D can’t. We used familiar ’80s tech such as PCs and cassette decks as the basis of all our panel and dashboard shapes, and then overlaid more industrial designs to fit with the game’s retro-futuristic style. It’s like you can almost touch the dimples on the dash textures!

So that’s a little insight into the magic behind a believable VR cockpit. We’re proud to be involved in the PlayStation VR launch, and even prouder to be the first VR experience for many of the readers here.

Look out for some more Battlezone news this week and make sure to head to battlezone.com for more video, or follow us on Twitter at @BattlezoneVR and @Rebellion. 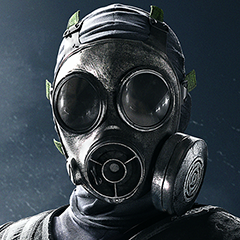