Adapt and win: A guide to the different abilities in RIGS Mechanized Combat League

Over the course of RIGS Week, we’ve shown you a lot of exciting information about our upcoming arena-based shooter for PlayStation VR. We’ve acquainted you with the powerful RIGS chassis types, each one of them able – if used correctly – to turn the tide in your favor.

RIGS Mechanized Combat League is a competitive experience, which means RIG selection is important. The six abilities differ significantly from each other, so it’s important to discover which RIG chassis types and abilities are best suited for a given situation. Collecting as many as you can, rather than sticking with a single RIG, will offer a great advantage.

We want to wrap up RIGS Week by highlighting the different abilities allowed in the arena. As we announced before, 24 unique RIGS can be unlocked in the game, and each of them is equipped with one of these six abilities: 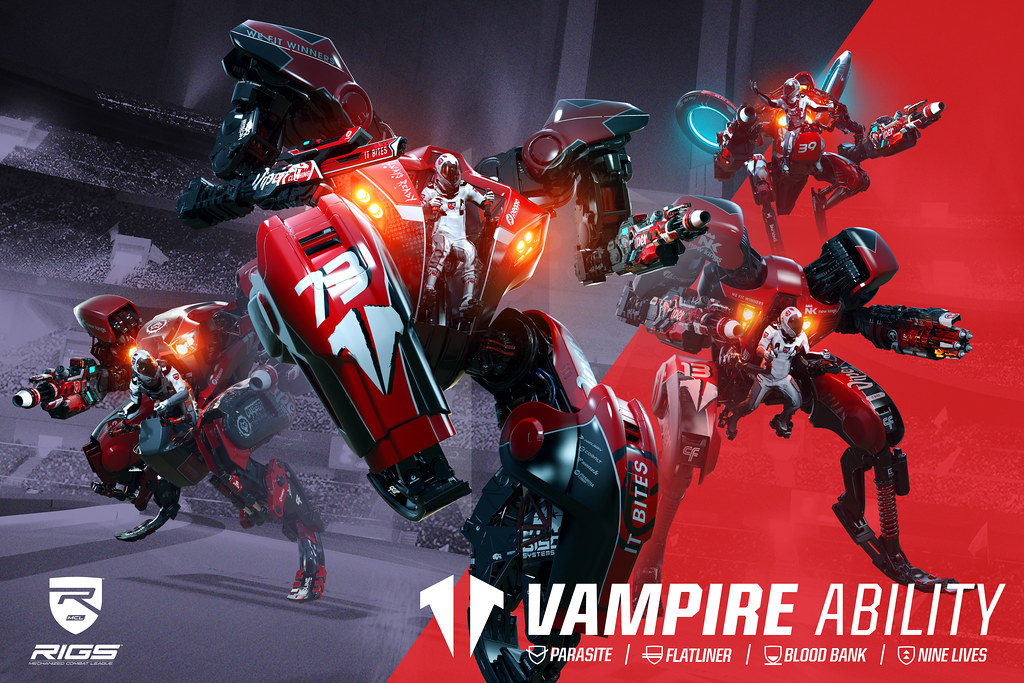 Prey on the opposition and draw strength from your fallen foes: RIGS equipped with the Vampire ability can instantly repair to full armour when they take down an opponent, so take down the opposition as quickly as possible to lead the charge in the arena.

The RIGS fitted with the Vampire ability are: 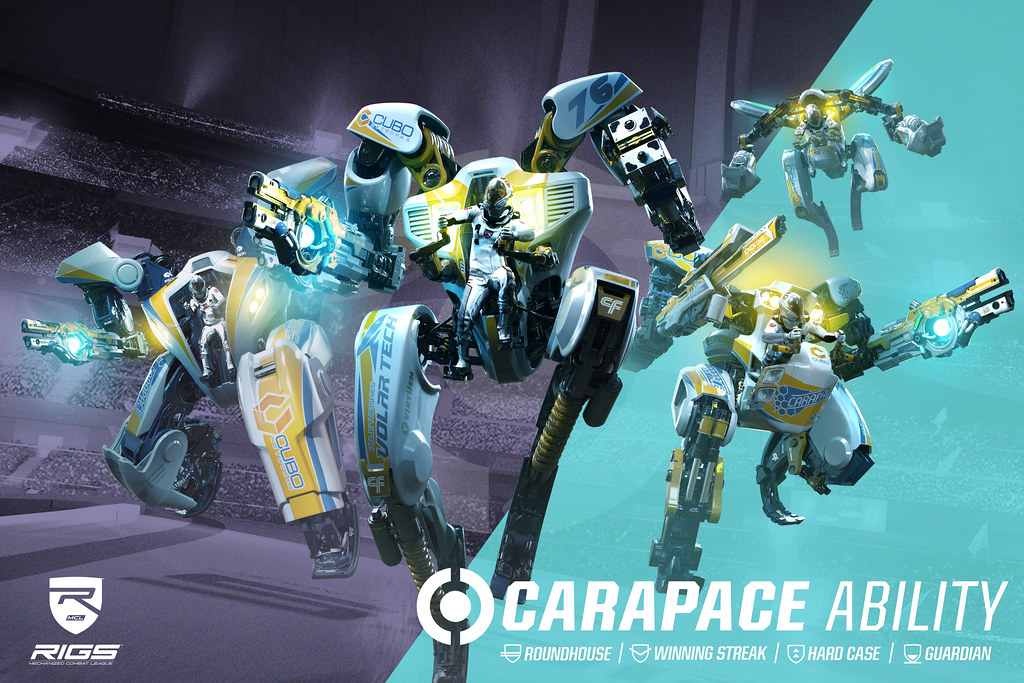 RIGS equipped with the Carapace ability are protected from the rear by energy shields that block all forms of attack – except for melee. This is especially useful for players who like to make direct runs at the Power Slam goal, or their opponents’ Endzone.

RIGS equipped with the Carapace ability are: 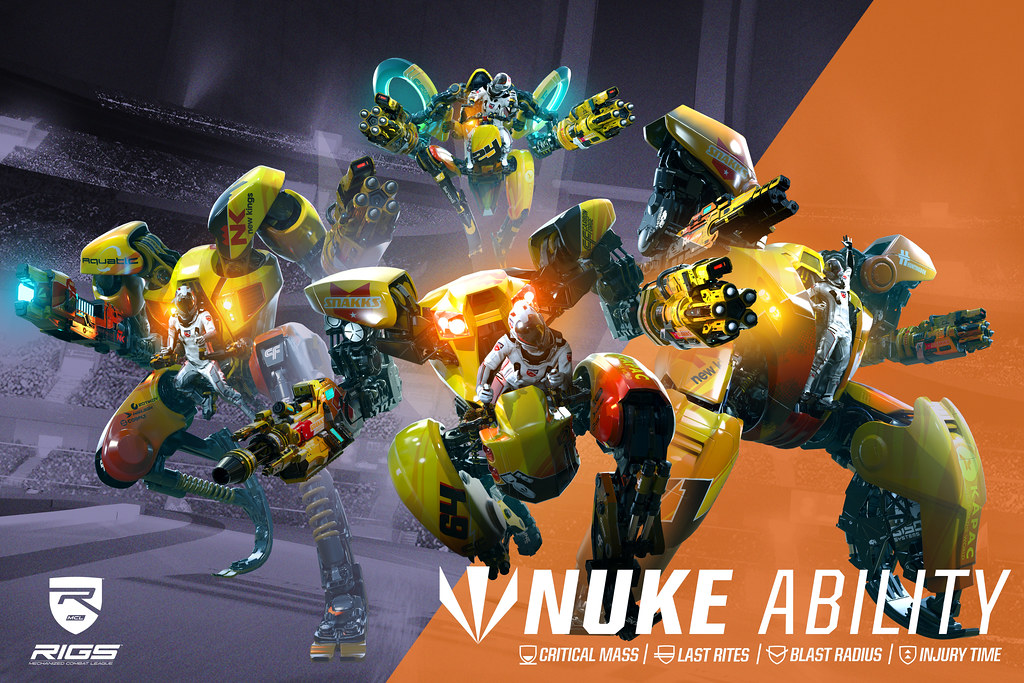 RIGS equipped with the Nuke ability will deploy an explosive core when their pilot ejects, that deal damage to both nearby opponents and teammates – so deploy with caution. This is particularly suitable for players who like to get in close.

RIGS using with the Nuke ability are: 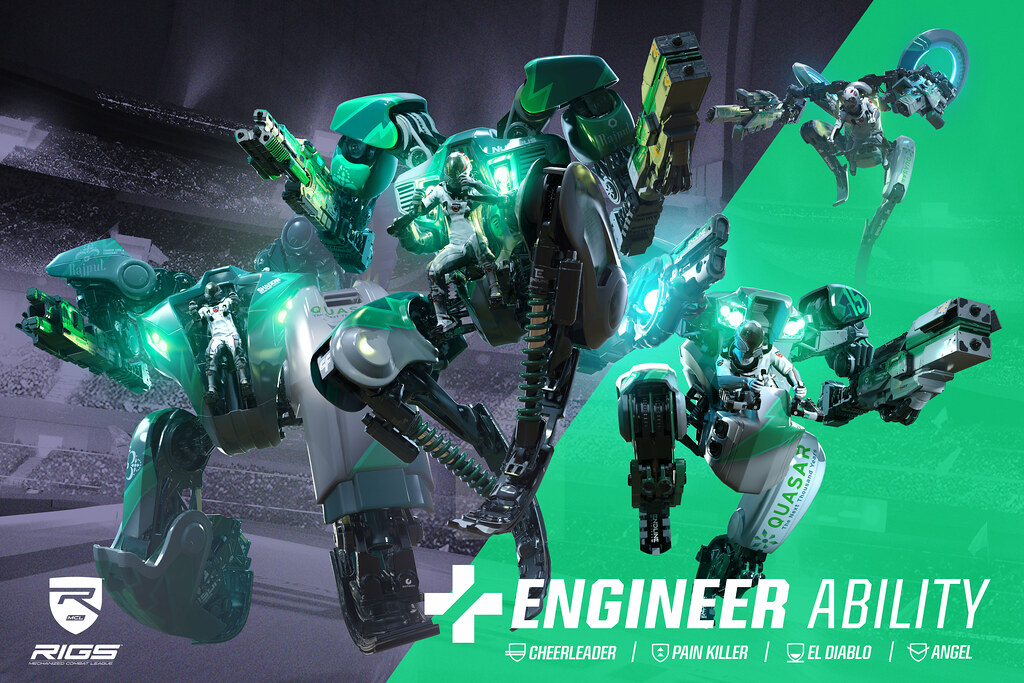 RIGS equipped with the Engineer ability scramble the radars of nearby opponents and heal any teammates they can see – a great ability for players who like to hang back and support their team.

RIGS equipped with the Engineer ability are: 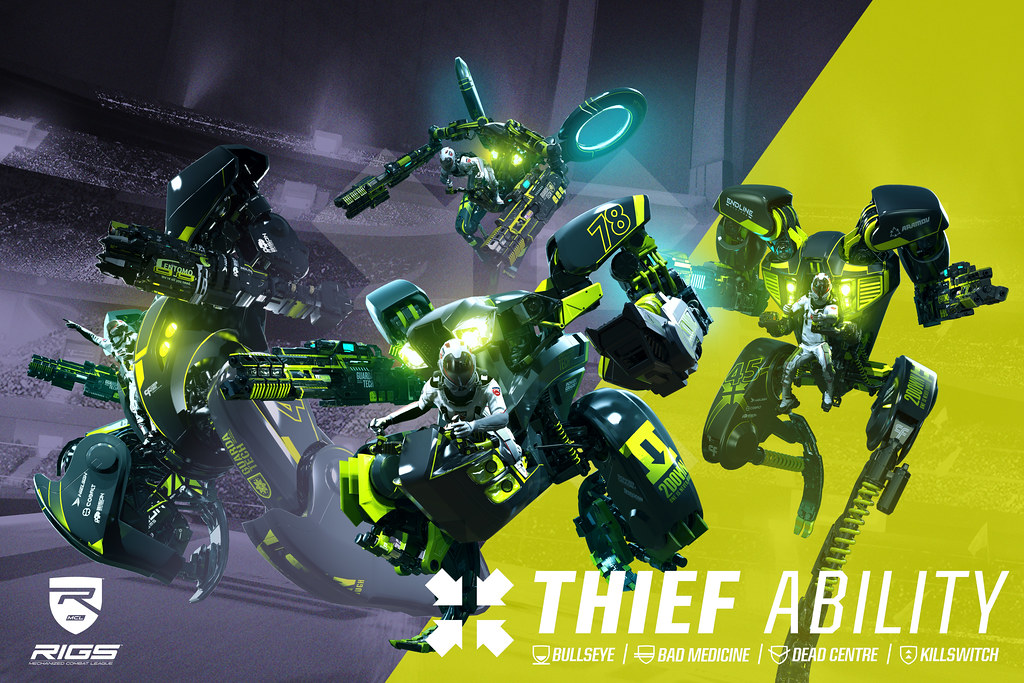 RIGS equipped with the Thief ability can pick up the Endzone ball or Power Spheres by shooting them from a distance. Thief RIGS are also hidden from radar when in Turbo Mode – great for players who like to flank their opponents without being detected.

RIGS wielding the Thief ability are: 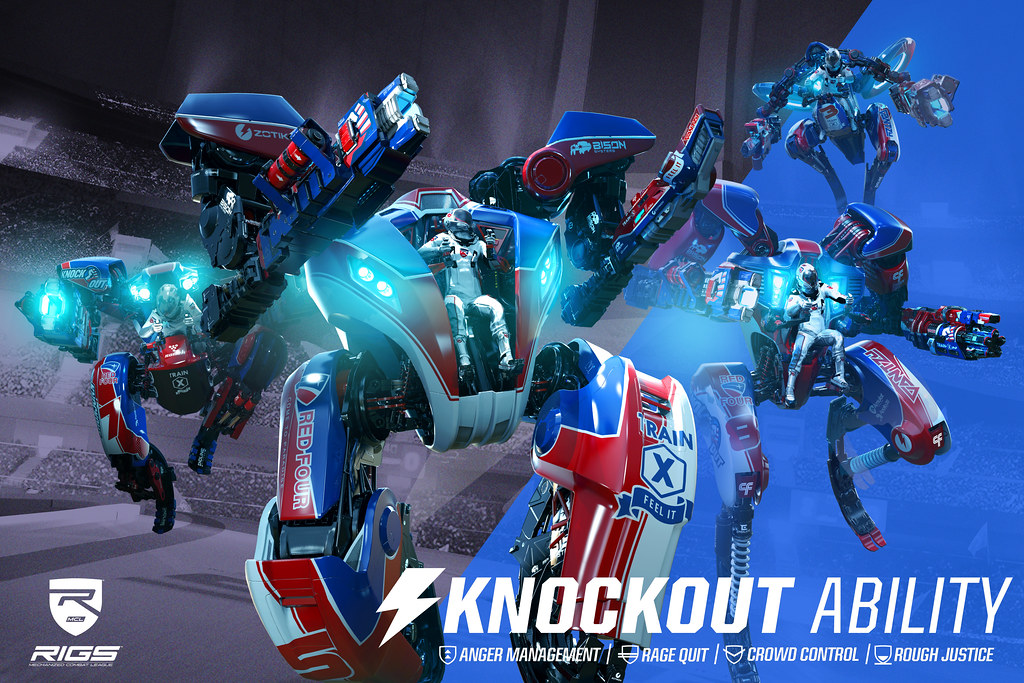 Melee attacks disable an opponent’s overdrive and power modes for a short time, so this ability suits players who like to get up close and personal with their opponents… very useful when defending the Power Slam goal.

RIGS using this ability are:

We hope you’ve enjoyed RIGS week, and we can’t wait for you to get your hands on the game when it launches alongside PlayStation VR on 13th October.

This is going to be so good to watch and play. Awaiting a good PSVR reception :)