How The Playroom VR’s loveable VR Heroes were bolted together

Discover the origin stories of your new virtual reality heroes

Konnichiwa! I’m Nicolas Doucet, creative director and producer of The Playroom VR in Japan Studio. Today, I’d like to tell you about how we created our VR characters.

Those of you who already know The Playroom on PS4 may remember the cute AR Bots, who live inside the Dualshock 4 wireless controller. As we began working on The Playroom VR, we wanted to continue using our robots and their visual identity to create a new cast of characters. 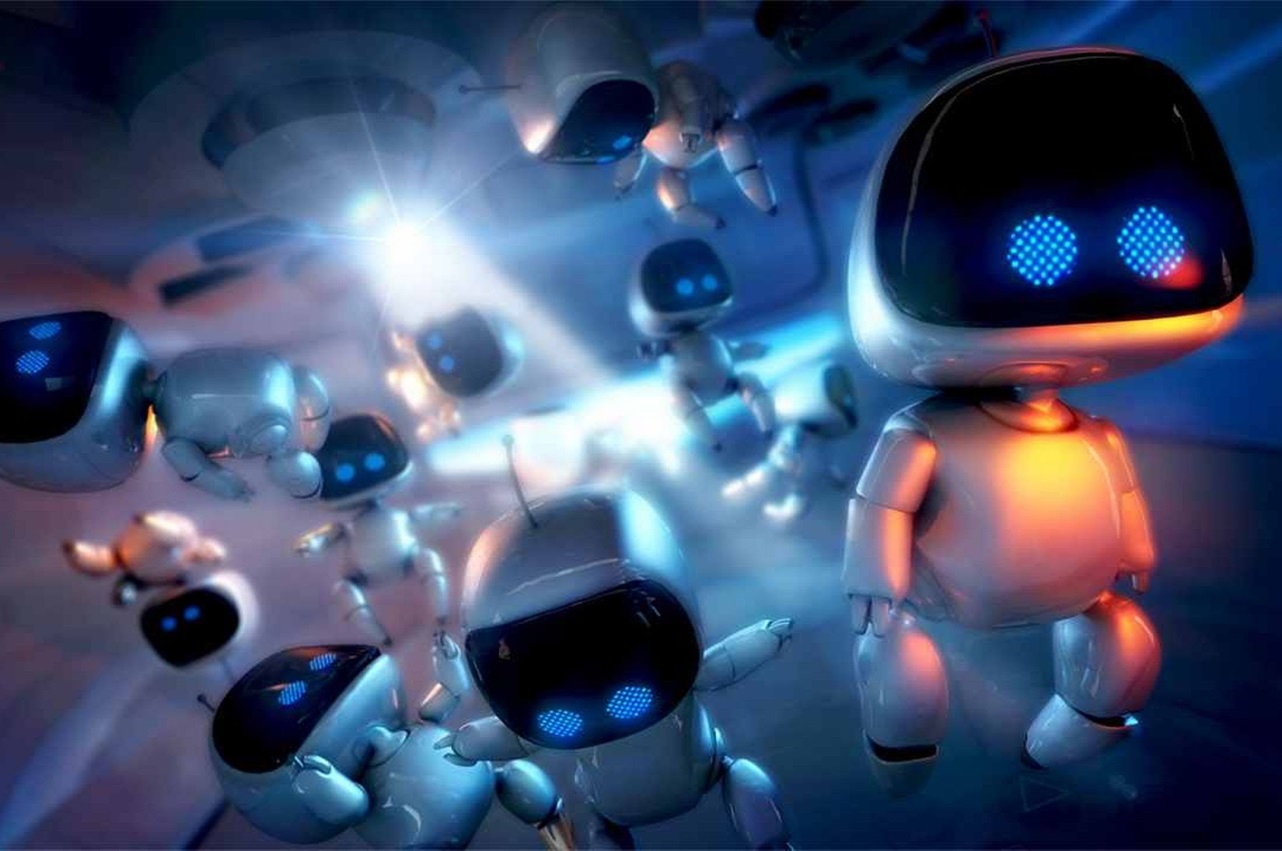 In Monster Escape, for instance, we created the VR 4, a group of super heroes matching the colours of the light bars on the Dualshock 4 wireless controllers. 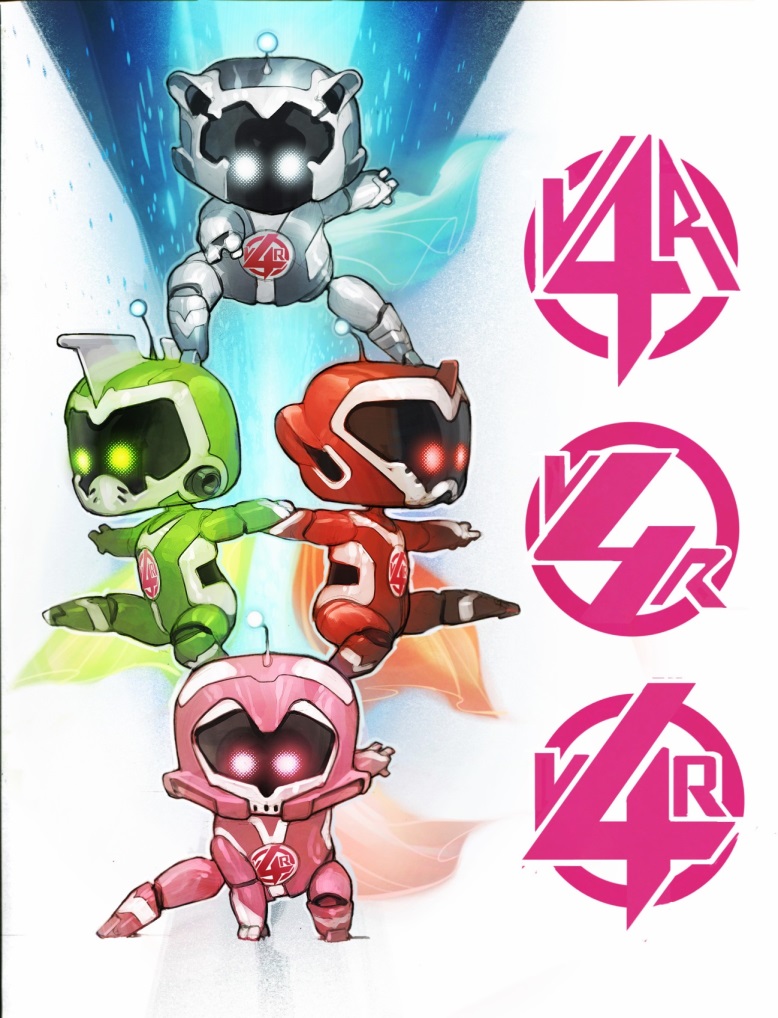 In Cat & Mouse, we turned our little robot friends into mice. Each one has its own way of walking, size, weight and hiding props – for example, the green one likes to take cover inside broccoli to escape the cat! 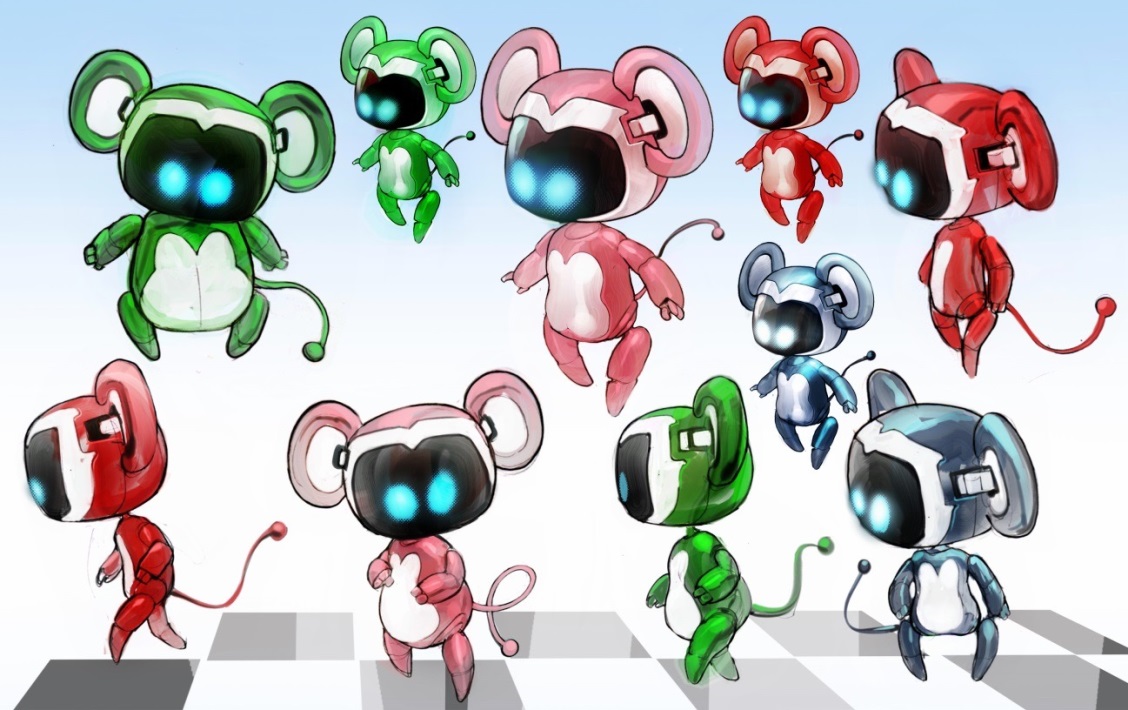 However, the big addition to The Playroom cast of characters came through our new heroes: the VR characters!

As I explained in my previous post, The Playroom VR puts a big emphasis on multiplayer and so it’s common for the TV players to see the VR player’s head and body. 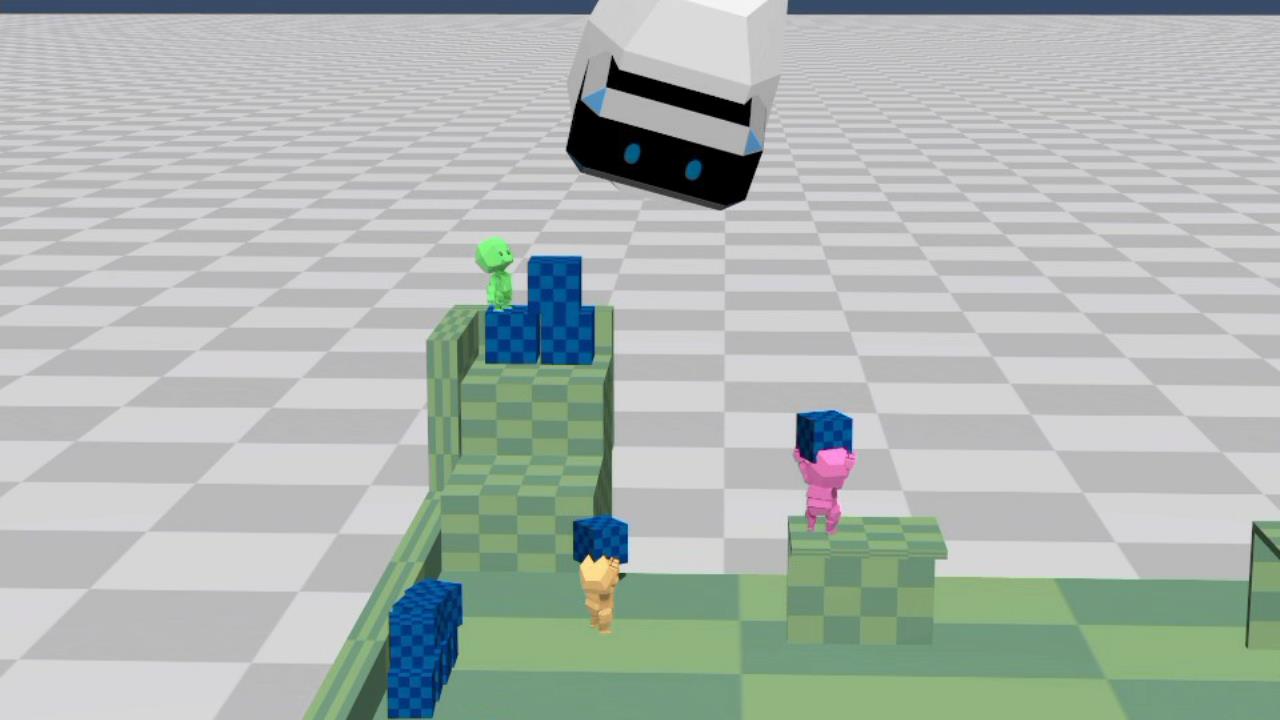 For our first test, we used a floating headset with eyes. But we soon needed to think about how each mini-game would introduce a strong and unique VR character, while retaining the overall Playroom feel.

We began drawing out what the headset should be like: recognisable as the PS VR headset but with a fun twist and a unique touch for each game. We eventually settled on a visor mounted on our VR characters so that the link with the real headset was obvious.

We also made sure that the blue LEDs, which are an iconic part of the PS VR headset, were very prominent. Where possible, we linked them to the gameplay too. For example, in Monster Escape, the VR monster’s health is represented with the four blue corner LEDs. Those gradually get smashed in-game as the Monster’s stamina goes down.

The eyes of the monster are also displayed as an LED face on the faceplate of the headset, and show various expressions according to the gameplay (painful face, angry face etc.). 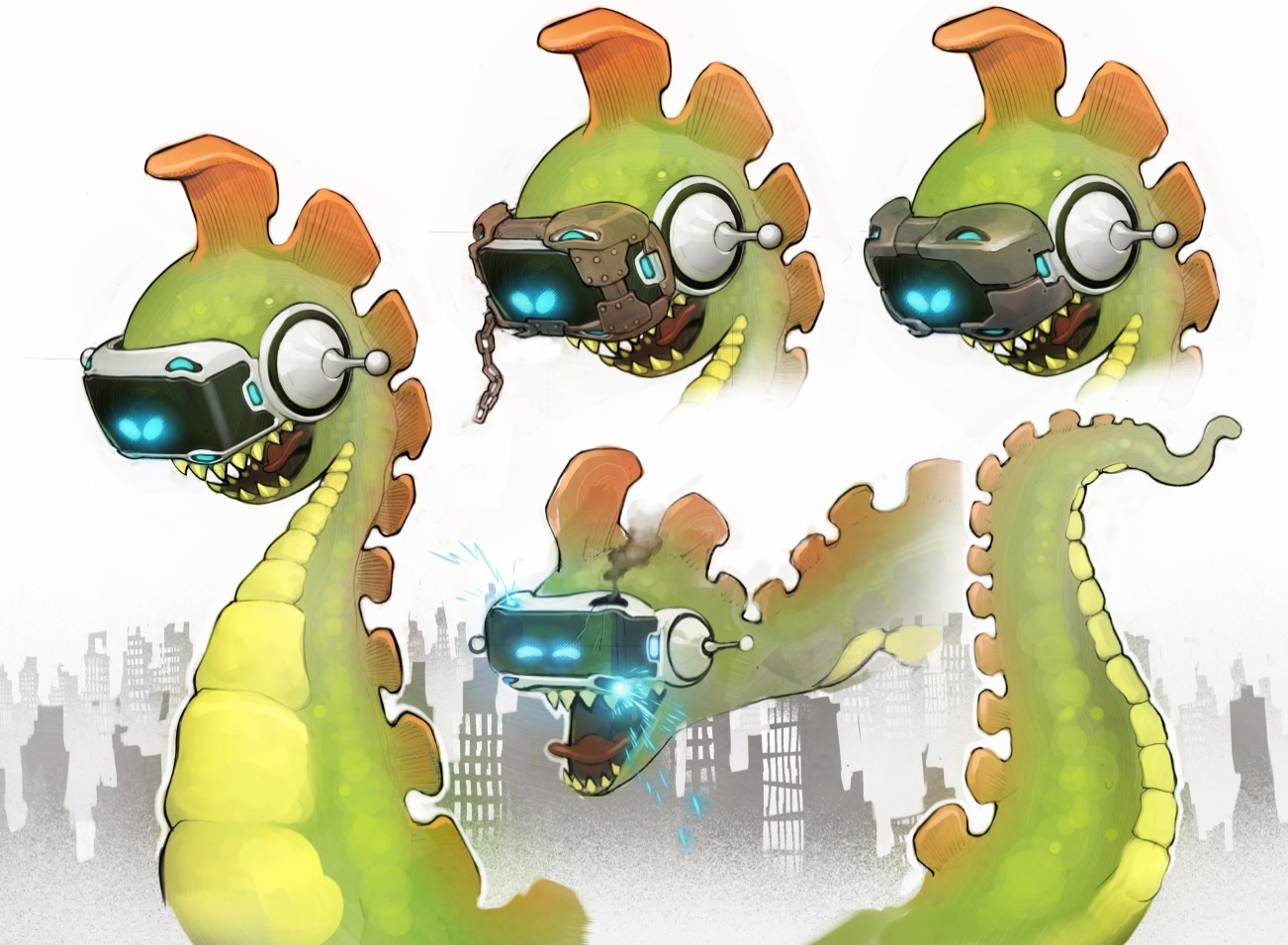 Once our first VR character was created, we were able to roll out the same visual language to each game. Depending on the type of game, we also invented a body, or only a floating headset like in this shooting game example below (unfortunately cancelled for the final game). 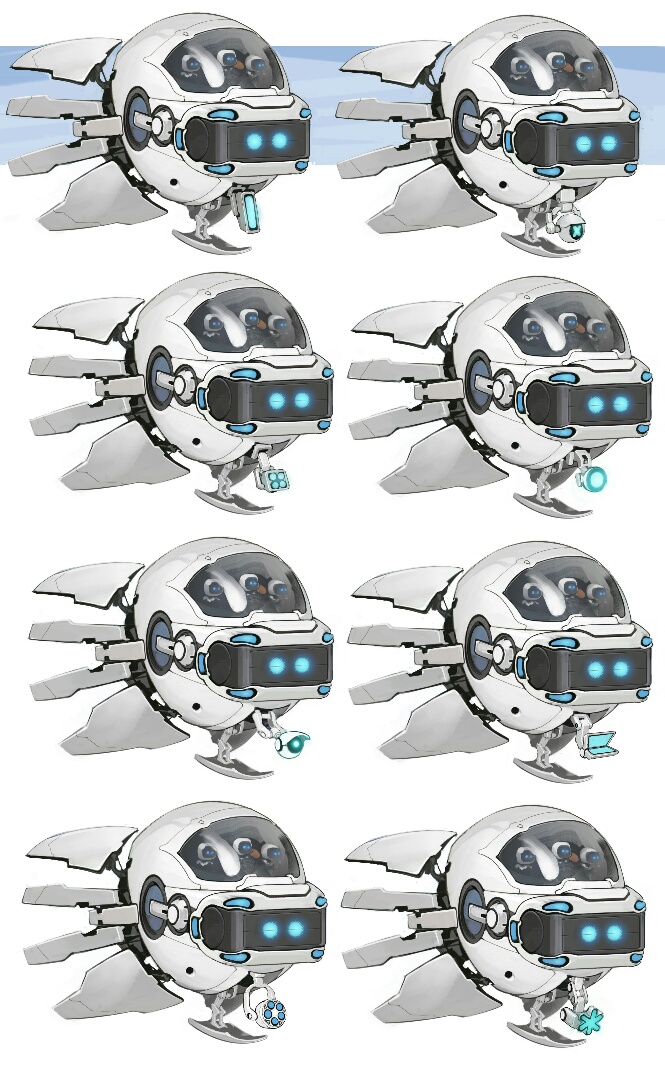 In Ghost House, we wanted to explain why the players on the TV were able to see a recorded feed from the VR Player, so we mounted him with a camera to the side. 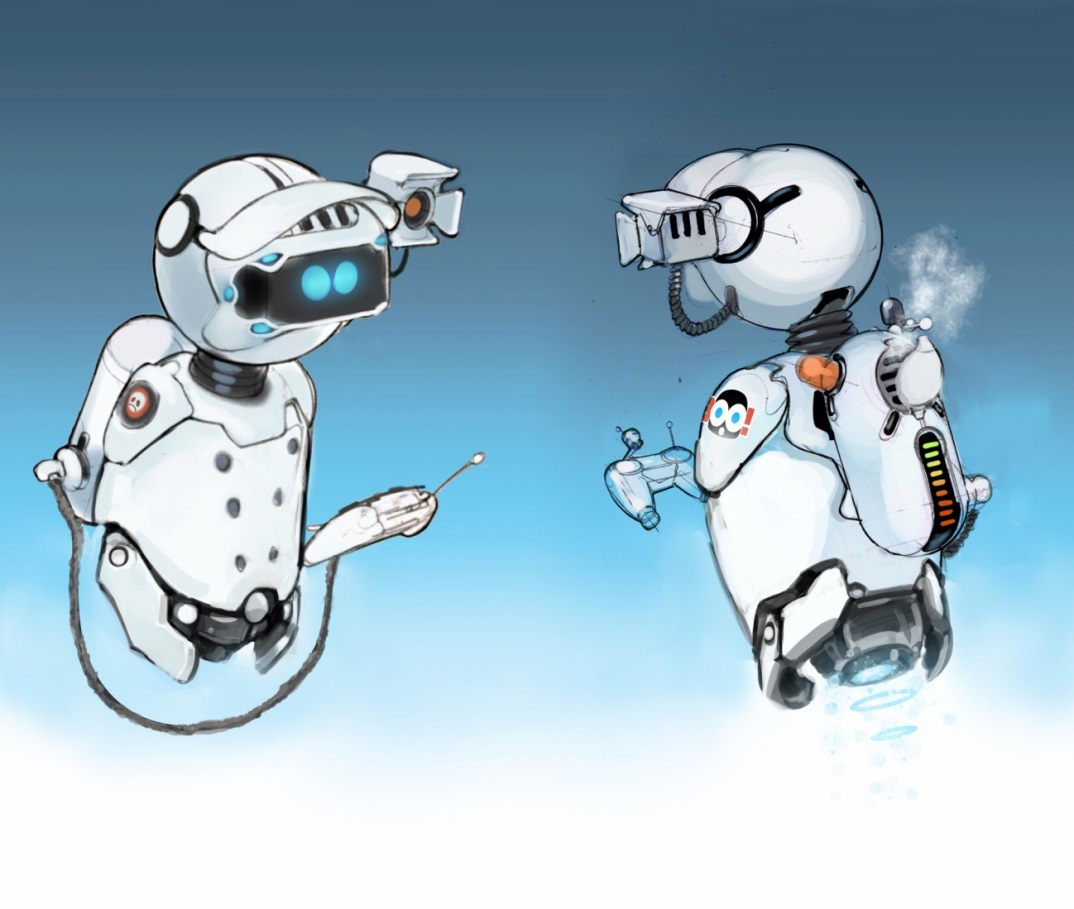 Since Ghost House also uses a controller in VR, we turned the Dualshock 4 wireless controller into a fun ghost blaster, and physically hooked it up to the VR player via a soft cable. 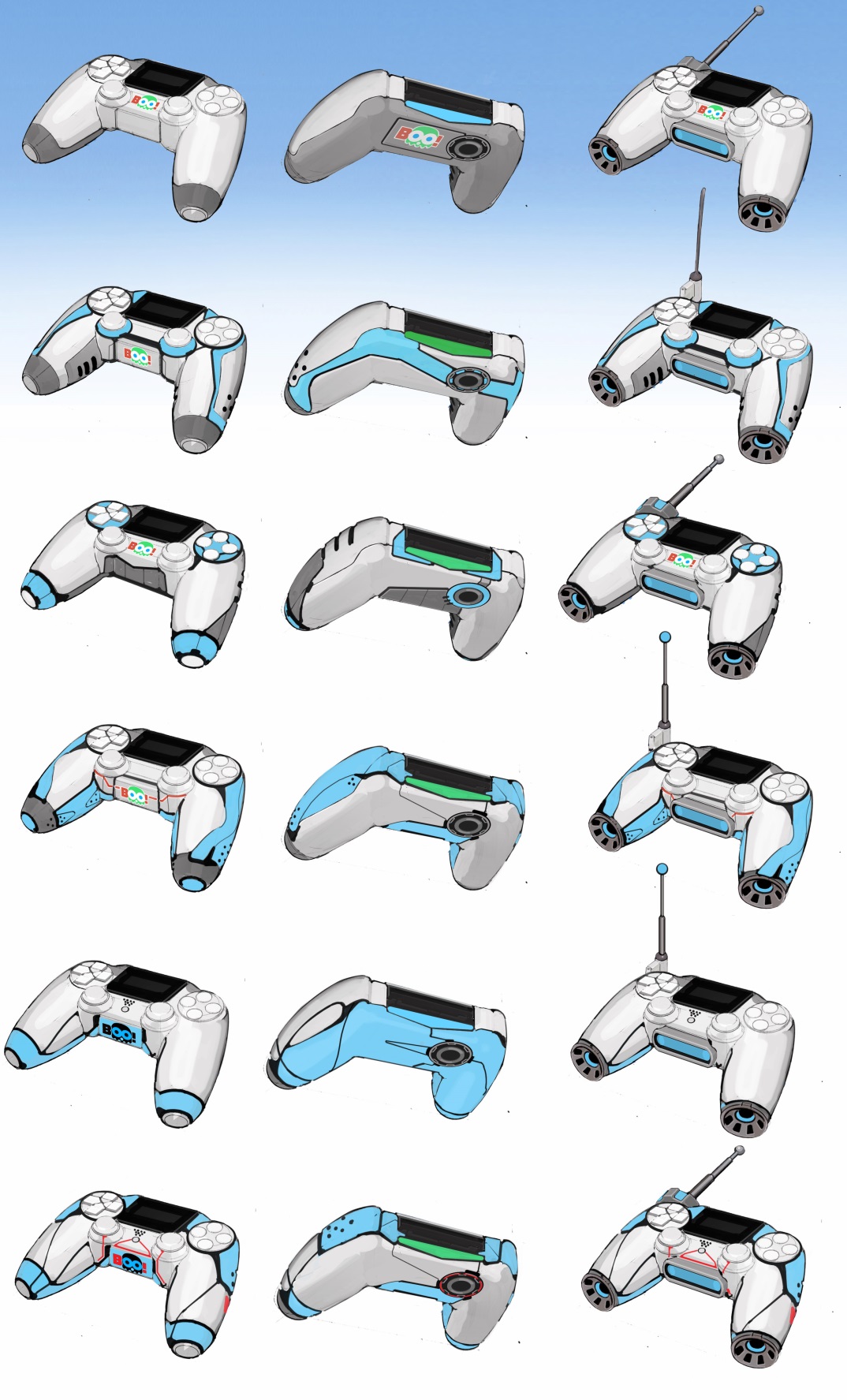 Cat & Mouse was an interesting one. First of all, the eye shapes and the facial expressions of the headset had to be made quite animalistic to really feel like a cat. We also spent some time deciding whether it should have a neck or not. Unlike in Monster Escape, a stretchable neck proved to be really disturbing in Cat & Mouse (probably because we expect cats to be elegant) so to avoid an awkward visual, we simply detached all of its limbs, like in Rayman. That worked much better, as it clearly meant to be a fantasy character. 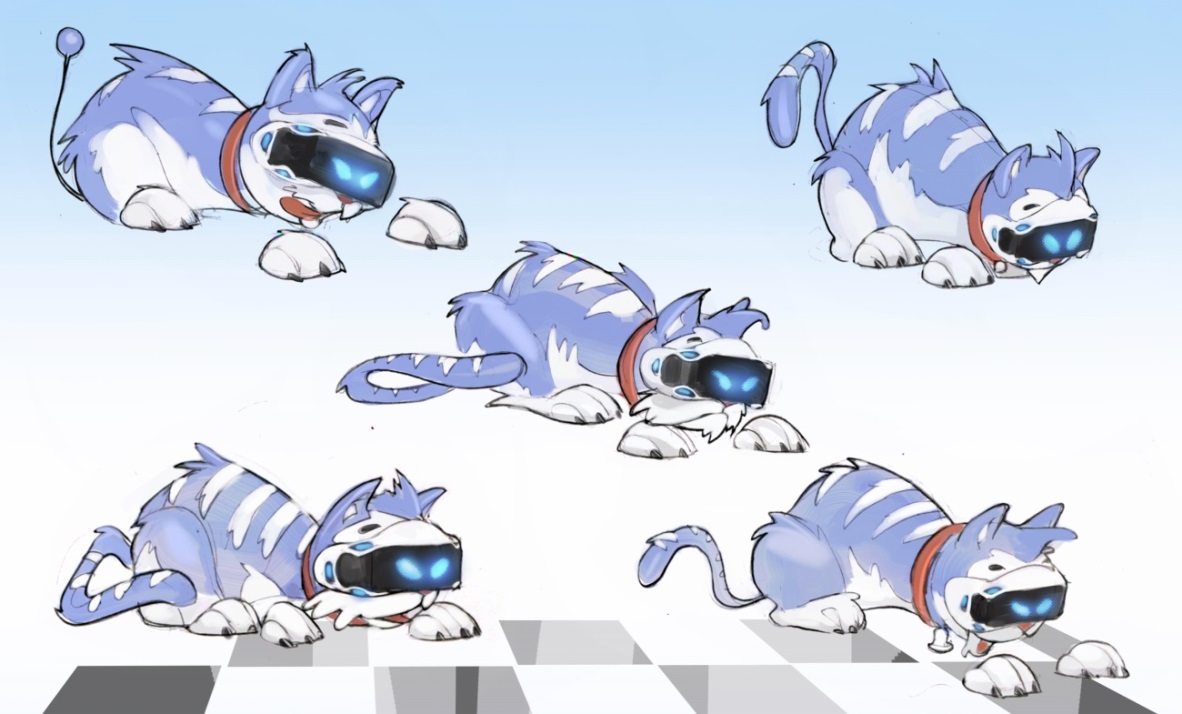 Wanted! was also good fun because it played on classic Western genre caricatures. In the end, we settled for an eye patch because it gave the VR player an ambiguous feel (is he the Good or the Bad?) and a soft poncho because it made the VR player’s body movement fun to look at. The hat gave us a nice opportunity to slightly obstruct the player’s view and increase the feel of being a cowboy, too.

Going through this process, we were able to continue growing The Playroom’s cast of digital characters into a big, new family. Every new game was a fun brainstorm to come up with a hero character.

Do you have ideas for a fun VR character, and could you think of a theme that would be a good match? Please let us know in the comments below! 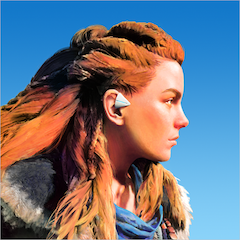 Ive enjoyed the mini games on the Playroom :-) and i have this idea that may be impossible to happen… but worth a sharing xD

I’d love a 4 to 8 player mini game of Brawler where the AR bots dresses up as Many Sony Mascot characters such as Sackboy, Tearaway Iota, Kratos and Gravity Rush Kat. Because of a game PlayStation All-Stars Battle Royale was the most fun multiplayer game i ever played on PS3, theres no way of kowing if Sony is interested in working on a Sequel, until then i’d love more versions of the game such as AR bots have a small mini game where they dresses up as Sony mascots and brawl each other, i’d definitely enjoy that :-)

Thanks for sharing the idea, CressOfLight!

It’s interesting as we often toyed with the idea of borrowing other Sony IP to add a PLAYROOM twist to them. A brawler could be fun! 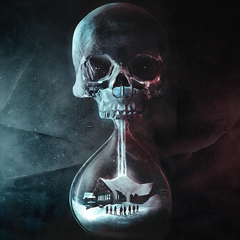 Great stuff, and very cool designs all around!
So, perhaps a stupid question, but is the Playroom going to get a free VR upgrade, or is this some sort of standalone project?

To me, any form of mini-game based titles in the vein of Raving Rabbids and Mario Party is more than welcome. Perhaps a board-based mini-game title with the Playroom bots, something similar to Mario Party, would be possible somewhere down the line? That would have been perfect.

Hey! This is a stand-alone project. It actually started as a new set altogether but it felt right to continue using the AR Bots (which we renamed VR Bots for the occasion).

The game is definitely a set up from PLAYROOM, 5 of 6 are actual games this time (though the toy aspect dear to us remains).

If it proves popular, who knows, we could create a meatier party game! It’s great to hear your thoughts. Thank you for the comments!

Thanks! For the concept art, we once again called on a British artist who we have worked with for some time now. The modelling and animating was handled by our partners Firesprite in Liverpool. PLAYROOM has influence from both Japan and Europe, we try to make it as universal as we can;)

I thank SonicVR would be very fun character , especially when its rolling over the roller coaster like stages :)