The beautiful visual design remains, just reinvigorated on a new engine. And as with the original’s Dunwall, the studio found inspiration in real world locales and problems when crafting this sprawling fantasy metropolis.

It penned intricate histories on the city’s creation, the multi-generational lives of its inhabitants. There’s a chronicle of struggle ingrained on every street corner, a lifetime of growing despair hinted at in every overheard conversation.

There’s the sense of a wider city breathing, living beyond the boundaries of your immediate mission. That even when your story comes to an end, Karnaca’s will continue.

A few hours prior to his Developer Session at this year’s EGX, Dishonored 2’s art director Sebastien Mitton sat down with us to talk playing architect and world builder for the first person sci-fi sequel.

Was anything of Dishonored 2 born out of the original’s production cycle?

Sebastien Mitton: The very first discussion I had with Harvey Smith, the creative director, was when we were still on the first game and thinking about the DLC. I wanted to move to the edge of the world. My wish was to create a journey from Dunwall to another city, to create contrast, to make people feel they’ve travelled.

Was there a key image that symbolised what you wanted?

I remember a discussion I had with Victor Antonov [Dishonored’s designer]. We talked about Los Angeles.
He’d lived there for eight years and said it is was a city of madness. That’s what I brought to Karnaca.

So [in Dishonored 2] people from Morley came to that location, started clearing the forest to make space for a city. Soon people from other countries, eager for easy money, trekked to the silver mines. But they realised they weren’t being paid enough, but couldn’t leave. They has to continue mining.

So yeah, it’s about the visual. Visual of the city, but also its people.

So even if we won’t see it in the game, you have a map, a breakdown of each neighbourhood?

Exactly. The city exists. And then we say, okay, we want to play here because it’s super cool.

Do you have an in-house bible that covers the city’s history and lore? Does that produce any difficulty in limiting you from creating a gameplay or story beat somewhere if it’s counter to what your own fictional history dictates?

We try and adapt. We’re really agile at Arkane. We have the lore, a timeline written by Harvey and Sachka Duval. You can go back thousands of years. We’ve 3D files [of the city] that have everything there. I have lots of information.

Example: Karnaca has this giant canyon. The island’s split in two; there’s some reference from Panama. People from [Dunwall’s capital city] Gristol hunt whales here. But how do they bring them back home? It’s a long trip round. So we have gates in the canyon, and boats travel through a dry dock system. You don’t see that in the game. You see that on the map. We have lots of things like that. Visible, but not visitable.

Fashion. You moved the story forward a decade. How do you reflect that in clothing styles? 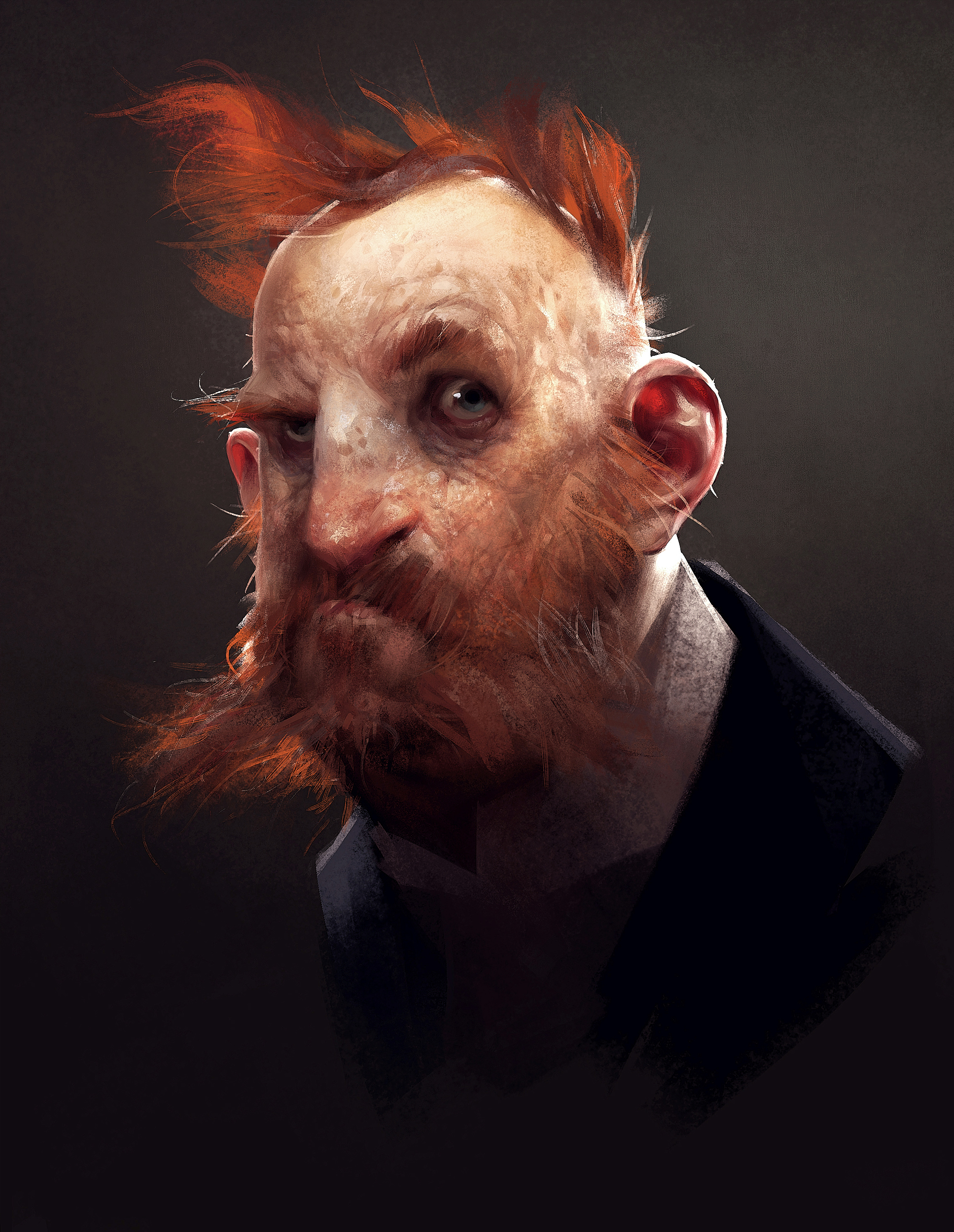 The time gap we honestly haven’t focused on, because we’ve moved to Karnaca. Karnaca is lighter fabrics, brighter colours and tones. So that’s what we’ve changed. Some people have no sleeves, letting you see tan lines when their shirt’s removed. 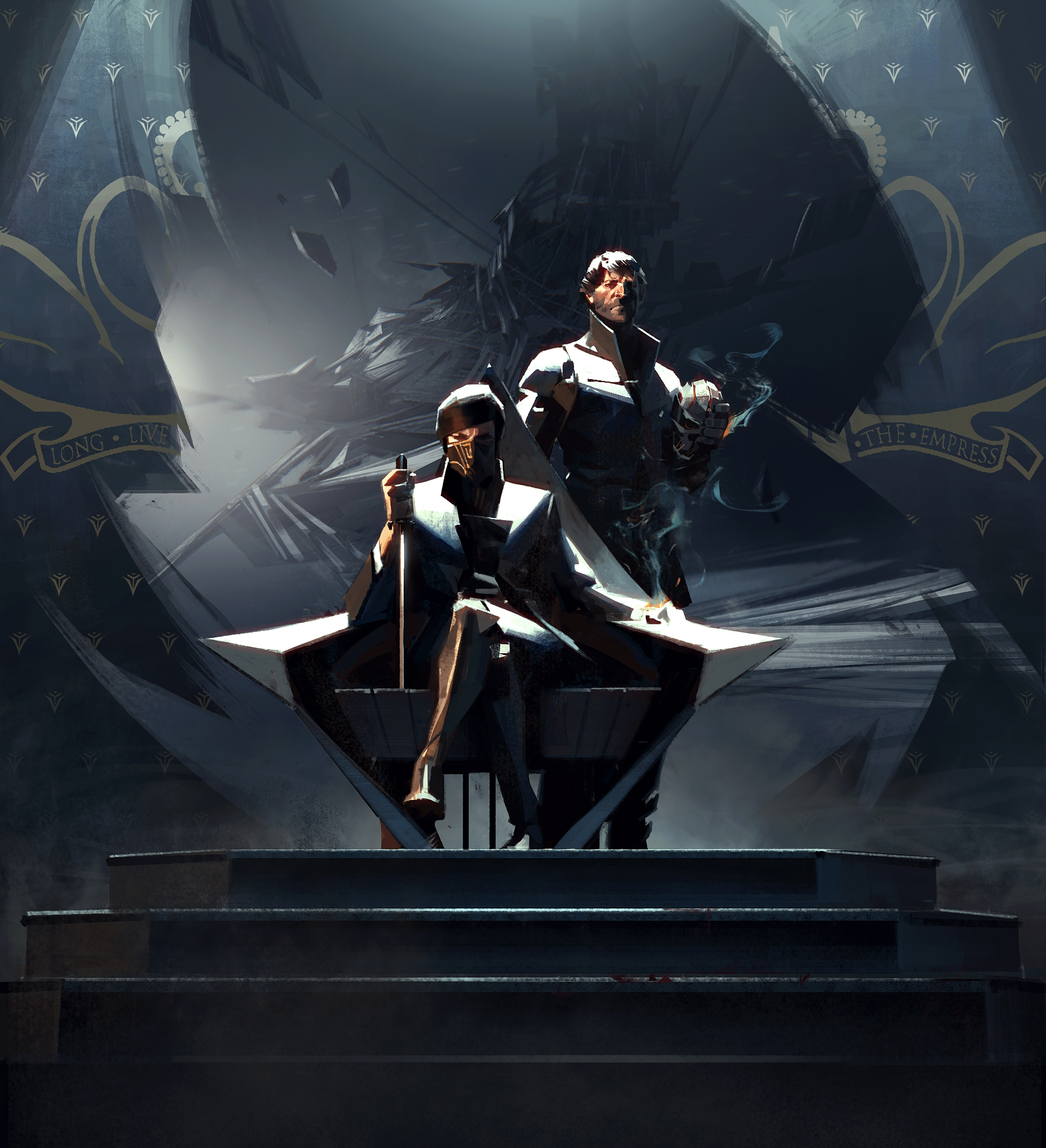 But it’s not just clothes, or even tattoos. We’ve also focused on the body language. It’s how they stand, their posture. 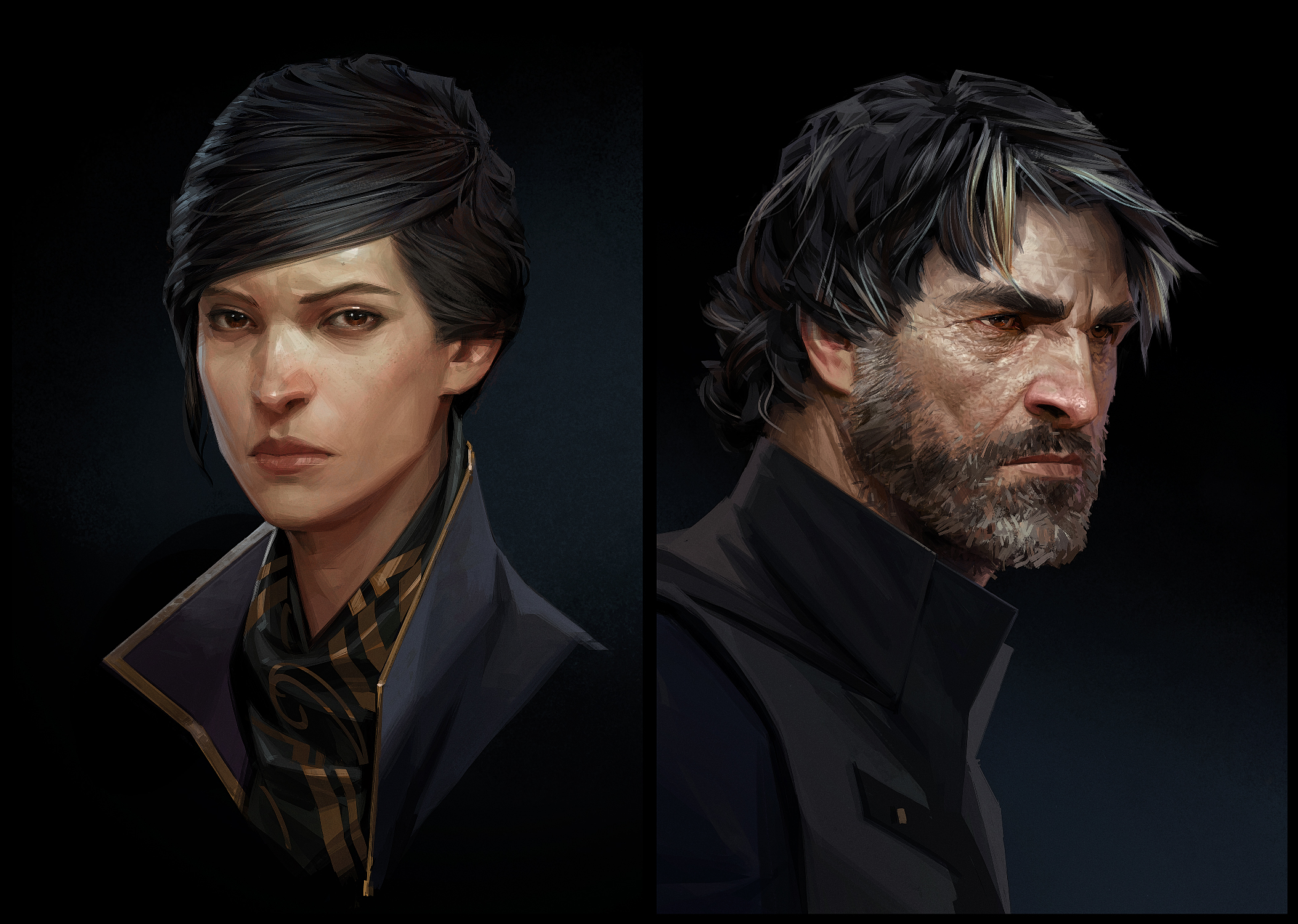 You can read someone’s history at a glance.

And it’s important, to help decide your tactics. If you can tell just by looking at them, their mannerisms, then it’s this fast [clicks fingers]. We don’t have to paint them red or blue for you to understand who they are. It’s finer than that.

Do you have a favourite location or artwork from the game?

I have a lot. But there’s one rather simple image. You’re on a boat and you see the bay. You see Karnaca. Like a postcard, but not. Because a postcard means “I want to travel there for my holidays”. So the challenge was – okay, it’s a postcard, it’s a city, but it’s still strange. You see the sun, yet it’s raining at the same time. You see this dust coming from the peak, through the canyon. It’s mysterious. Like mixing King Kong and Los Angeles. You don’t quite know if it’s safe or not. That was the intention.

How much research did you do?

When we created Dunwall we spent a lot of time in London. This time I went with the team to Long Beach three times, because of the lighting there. It’s really different than any other place. Comparable to India. Though I’ve never been there, I’ve seen photos from people that have, and the sun, the atmosphere, was really… “wow”. We shot a lot of photos. It really impacts the look of Karnaca.