Grab big discounts across all three titles and their different editions

The weekend’s almost here, and if you’re trying to plan out the next 48 hours of PlayStation gaming goodness, we have a trio of great offers for you to consider.

First up, if you’re an NFL fan, you won’t want to miss out on our awesome Super Bowl offer this weekend, just in time for the event this Sunday.

If American Football isn’t your game, we’ve got some great deals on FIFA this weekend too!

We have the standard, Deluxe and Super Deluxe editions available on offer for PS4 on PlayStation Store! Again, head over to PlayStation Store for pricing in your region and grab a great deal today!

The last of our three weekend deals is for Rainbow Six Siege.

You can make a saving on the Standard, Year 2 Gold edition and Complete Editions of the game, again on PS4.

Not only that, if you’ve never played Rainbow Six Siege before and you’re a PlayStation Plus member, there is a free trial of the game running this weekend starting 6pm UTC today (February 2nd 2017) until 9pm UTC February 5th, 2017!

Except for the fact that all microtransactions in Siege are 100% optional and everything in the game that isn’t cosmetic can be earned without them AND that all the operators and maps have been and continue to be available for free.

Do you work for Ubisoft? 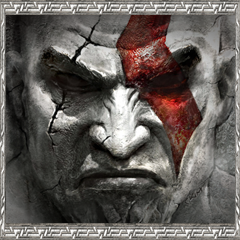 There has actually been a lot of praise for the Unisoft season pass because you can get the content without having to buy it. Buying it just speeds things along I believe

Hes right, you dont have to work for them to praise them for what they did right this time. The only difference between Seasonpassowners and the non-owners is that the latter have to spend ingame currency to buy the new operators. i didnt even touch that game and i know about it because it gets praised so much.