Explore a remote magical island and uncover its mysteries in 2018

Hi everyone! My name is Jehanne Rousseau and I’m the CEO at Spiders. We’ve been hard at work on the PS4 version of GreedFall, our latest RPG.

GreedFall is set in a fantasy world with magic, adventure, and 17th century weaponry. We’re looking for a very unique visual aesthetic inspired by Baroque art from 17th Century Europe, complete with grandiose sceneries and environments in warm, muted colours, and dark undertones.

Explore a new world as you set foot alongside other settlers, mercenaries, and treasure hunters on a remote island seeping with magic, rumored to be filled with riches and lost secrets. A grand journey awaits as you find yourself in the middle of ever-increasing tensions between the invading settlers and the locals protected by supernatural beings and manifestations of the island’s earthly magic.

GreedFall is an RPG at its core: it follows our experience in building intricate worlds filled with mysteries to discover. By weaving deep character interactions, and offering players multiple options and paths to accomplish quests and objectives (you can explore combat, diplomacy, deception, or stealth), this is going to be our biggest game yet! The island of GreedFall is a living, ever-evolving world. Your actions, from seemingly trivial choices to the most important political decisions, will influence and affect its course as well as the relationship between the different factions established on the island.

GreedFall is planned for launch in 2018. We will reveal more about the game in the weeks and months to come. Stay tuned!

Not a big RPG fan but this has me intrigued. Great trailer and the game mechanics (choices) sound very interesting as does the setting of the game. This is one to watch out for, look forward to more trailers and news. 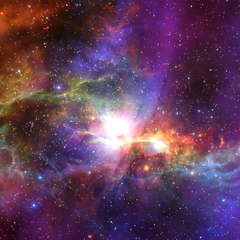 I am a massive fan of RPG’s and this looks as if it’s going straight to my “must buy” list. Politics, diplomacy and deception, much like real life then. Looking forward to seeing more about this game and having a deeper look into the gameplay. Hope development goes very well.

This is definitely looking good so far. You guys at spiders studio are doing a good job so far. I am looking forward to some gameplay vids hopefully in the near future

Ahh, will remember this one. Piqued my interest but I need some game play footage ^^

Love the setting, love European Baroque, love politics and dark fantasy. Consider me intrigued. Please don’t ruin this with a bunch of fetch quests without any interesting backstory, or boring gameplay. :D

Hmmmm, that creature out of the end is straight out Witcher 3.

Hopefully that trailer is not a target render bullshot. Spiders doesn’t have a great reputation, but who knows. It looks like the success of CDProjekt has motivated some indie studios to actually try something ambitious, even if it’s largely inspired by other franchises (Bloodborne, Witcher and AssCreed in this case).

This looks like it could be a great game. Ill be watching for updates on this one!! Has the Witcher feel to it with the creature, I agree. 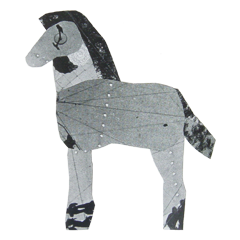 It’s a nice trailer. It’s not a nice game until you see a gameplay video.

This. Looks. SO INTERESTING! It’s a great surprise to see guns and magic in the same setting and I look forward to seeing more! If this game has a focus in politics, will it be possible to play without ever engaging in combat?

Trailer looks good. Will keep an eye on it and see how it develops.