The year 2016 marked an important moment in the history of modern science-fiction, as fans of Star Trek everywhere celebrated the 50th Anniversary of Star Trek: The Original Series.

As we know, Star Trek became a cultural touchstone for people all over the world. It introduced new terminology to the cultural vocabulary with warp drive, cloaking devices, and transporters. It brought social issues such as racism, sexism, and war to the forefront of public consciousness. The theme of an optimistic future, where all people on Earth are united in a quest of exploration, resonated in the tumultuous times of the late 1960s and had just as much bearing then as it does today. 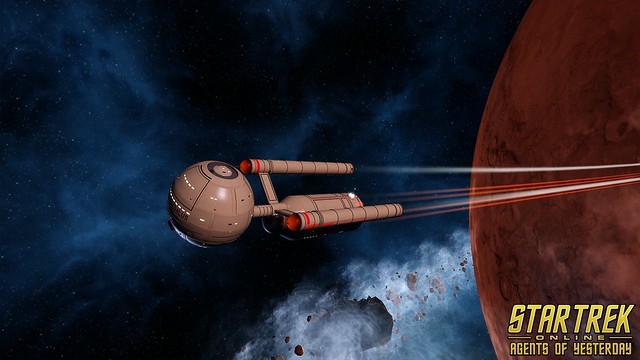 The Star Trek Online team is proud to be part of that forward-thinking culture and the year-long 50th Anniversary celebration through our Agents of Yesterday expansion on PS4.

We began designing Agents of Yesterday in early 2015 for a release on PC in mid-2016 and the team couldn’t have been more excited to dive into that fantastic era from Star Trek: The Original Series. We have people on the team that watched the show as kids when it originally aired, others while it was in syndication, and some who binged the entire three-season series when it was released on streaming services. 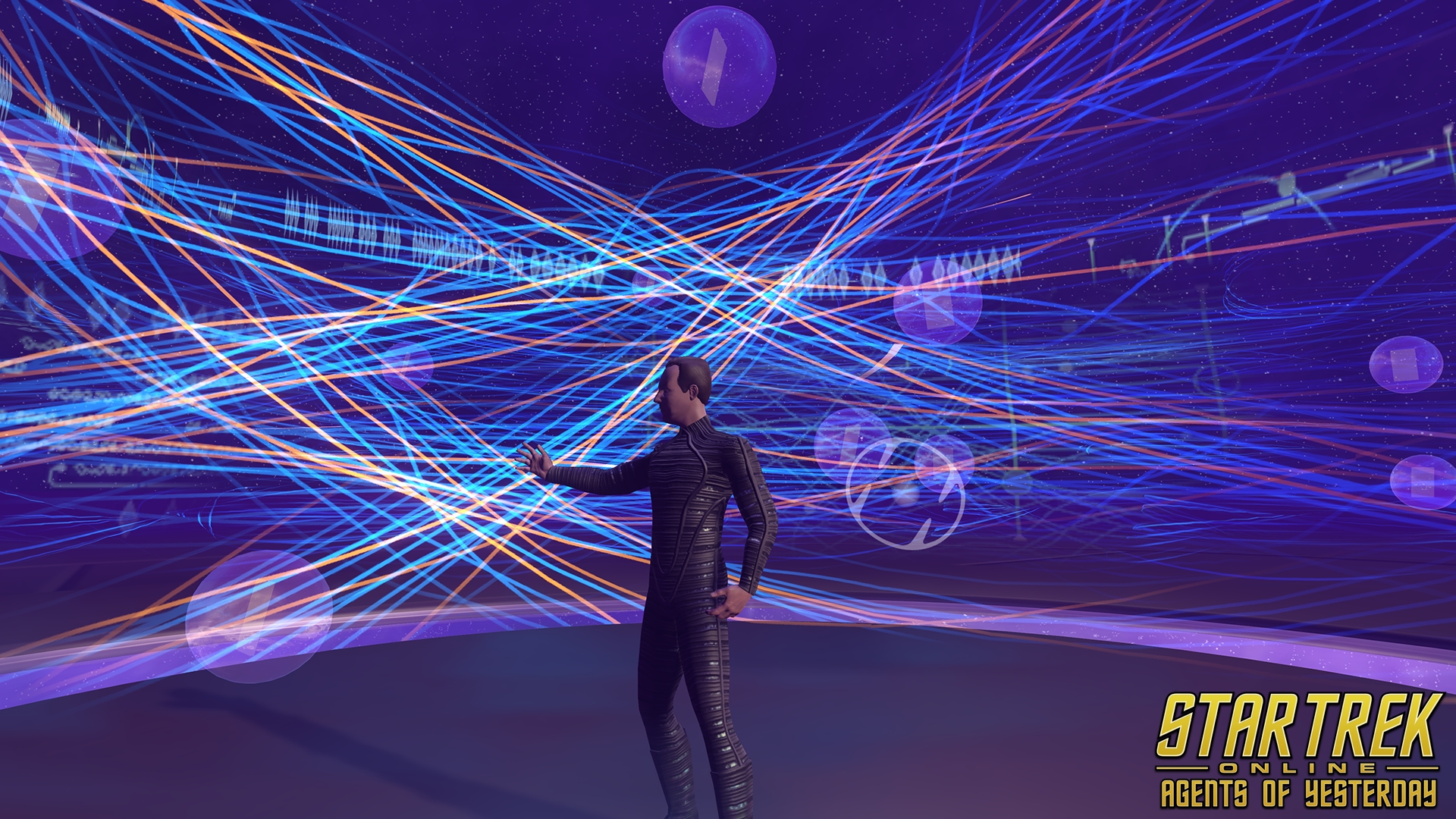 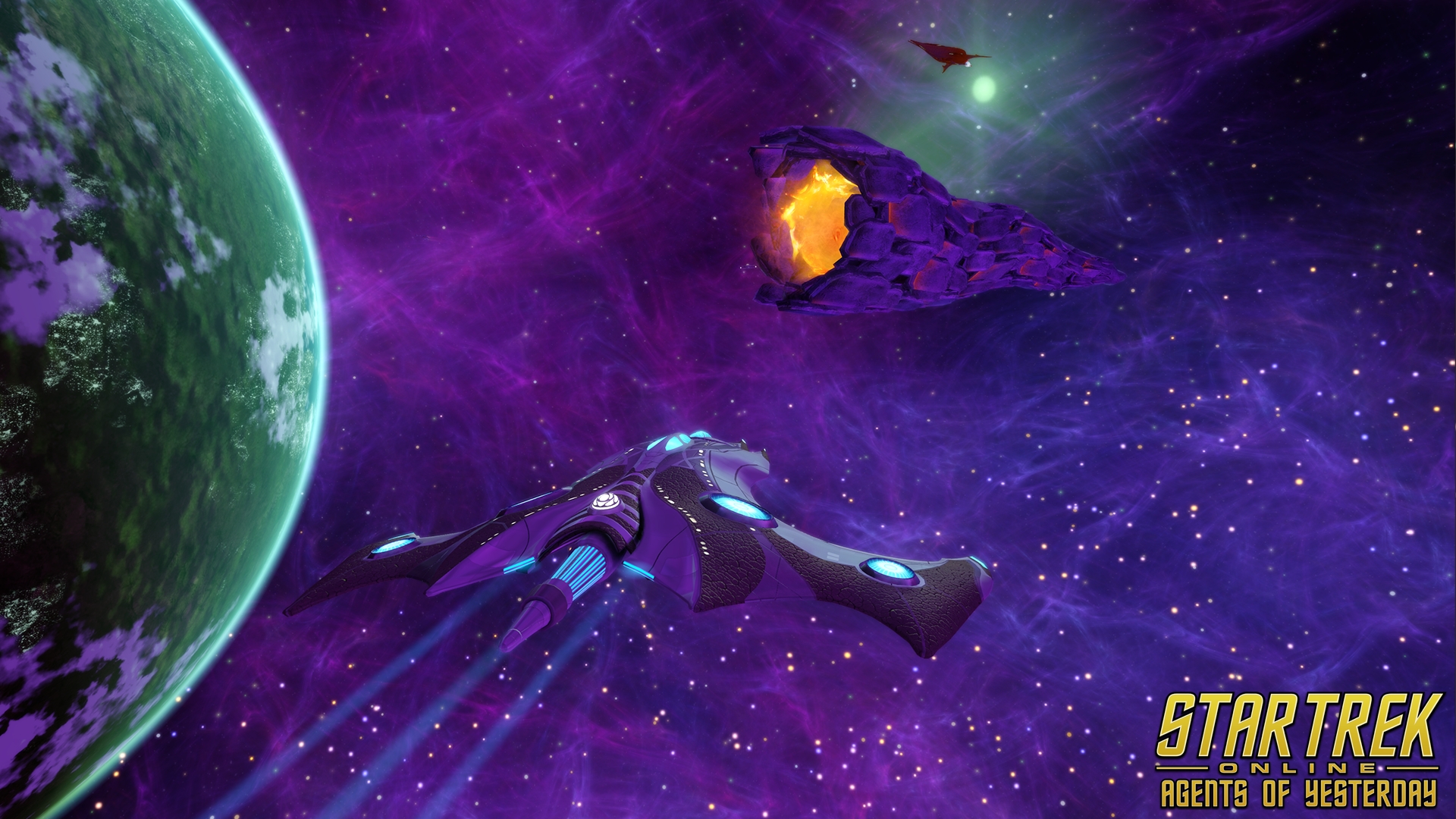 When and how people watched the show gave them different perspectives on which episodes were the best, which had the most social impact, and which provided the best themes for us to explore in the expansion. There were many animated (and sometimes heated) debates over which episodes and locations we would bring to life in Star Trek Online, but in the end, we were able to agree on some of the most iconic themes and sets from the show. 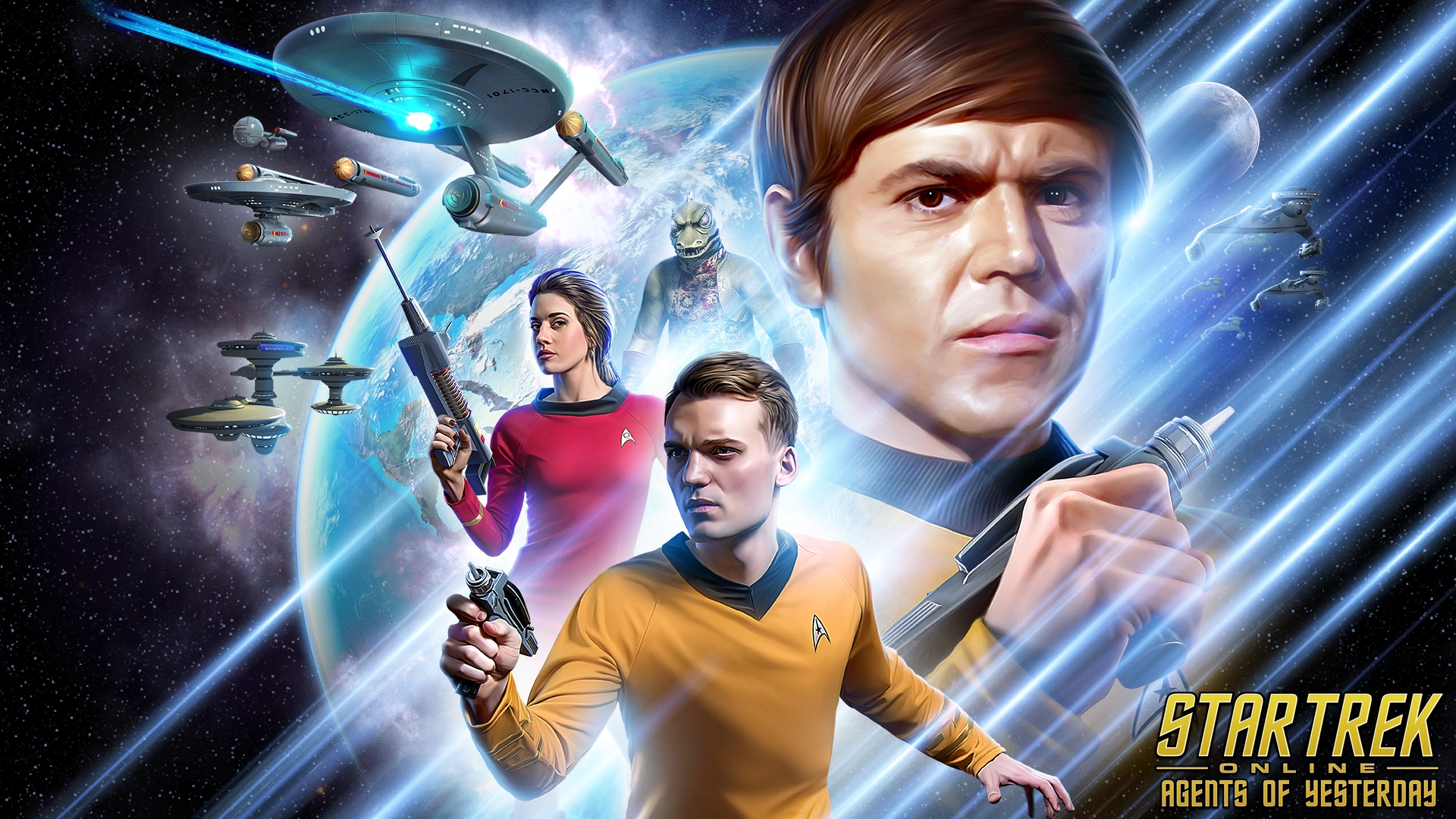 Selecting episodes for inspiration was only one part of the development process for the Agents of Yesterday expansion. Star Trek Online takes place in the early 2400s. While we’ve done some time travel missions to the timeframe which Star Trek: The Original Series takes place, we knew we would have a lot of work ahead of us to capture the feel of that era. We had whole environments to create, from starship interiors, to a new Earth Space Dock, to the craggy mountains of Vasquez Rocks that are such a famous part of Star Trek. 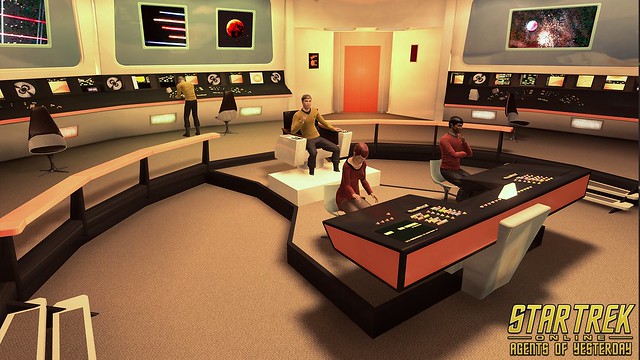 There were new abilities and weapons that required visual effects that fit with the 1960’s aesthetic we were hoping to capture. New starships and some enemy groups had to be conceived from scratch while still being true to the classic source material. All of these challenges were met with excitement from the team because, more than creating a great expansion, we knew we were on track to create a fitting tribute to the series that started a pop culture phenomenon. 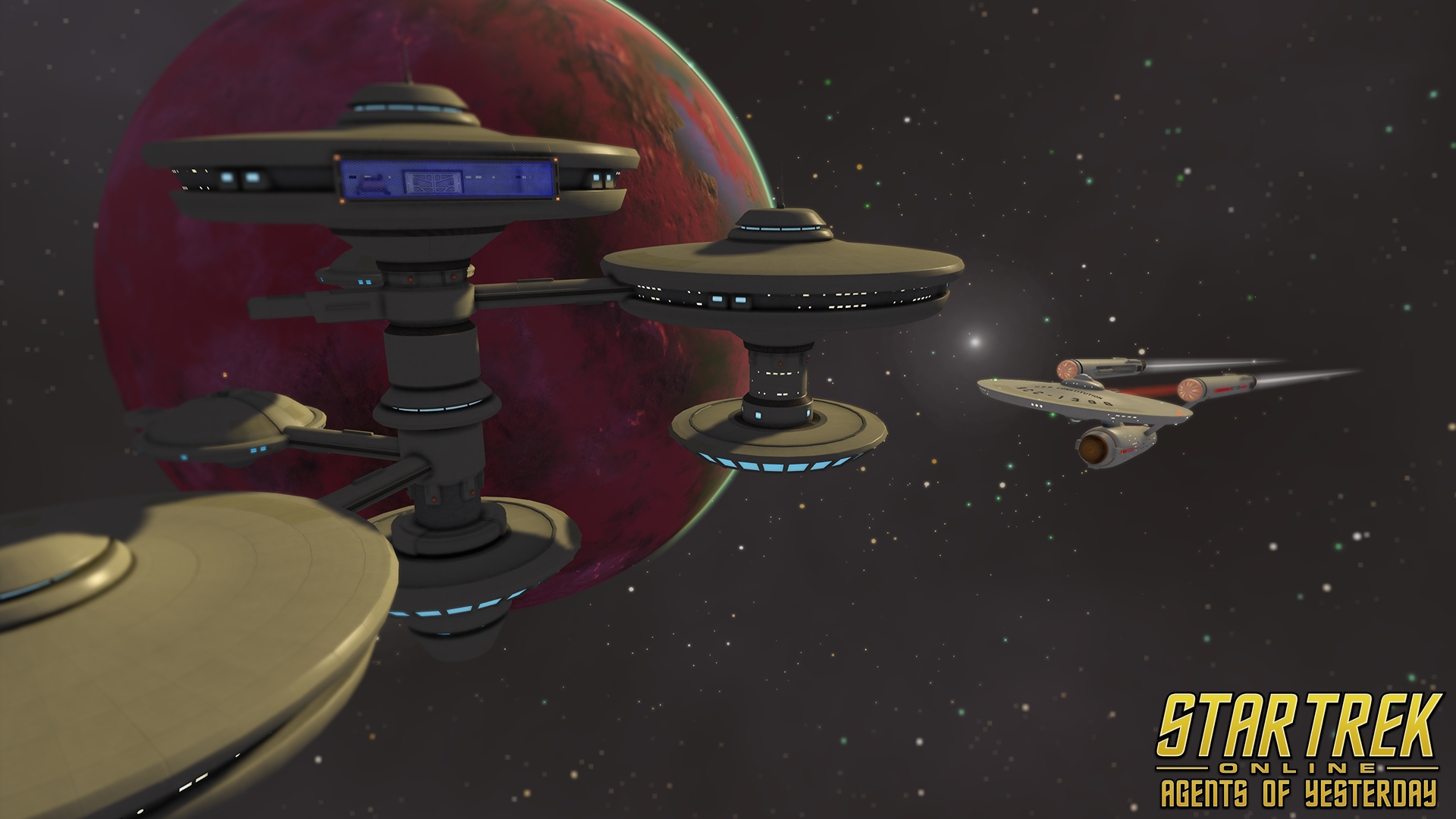 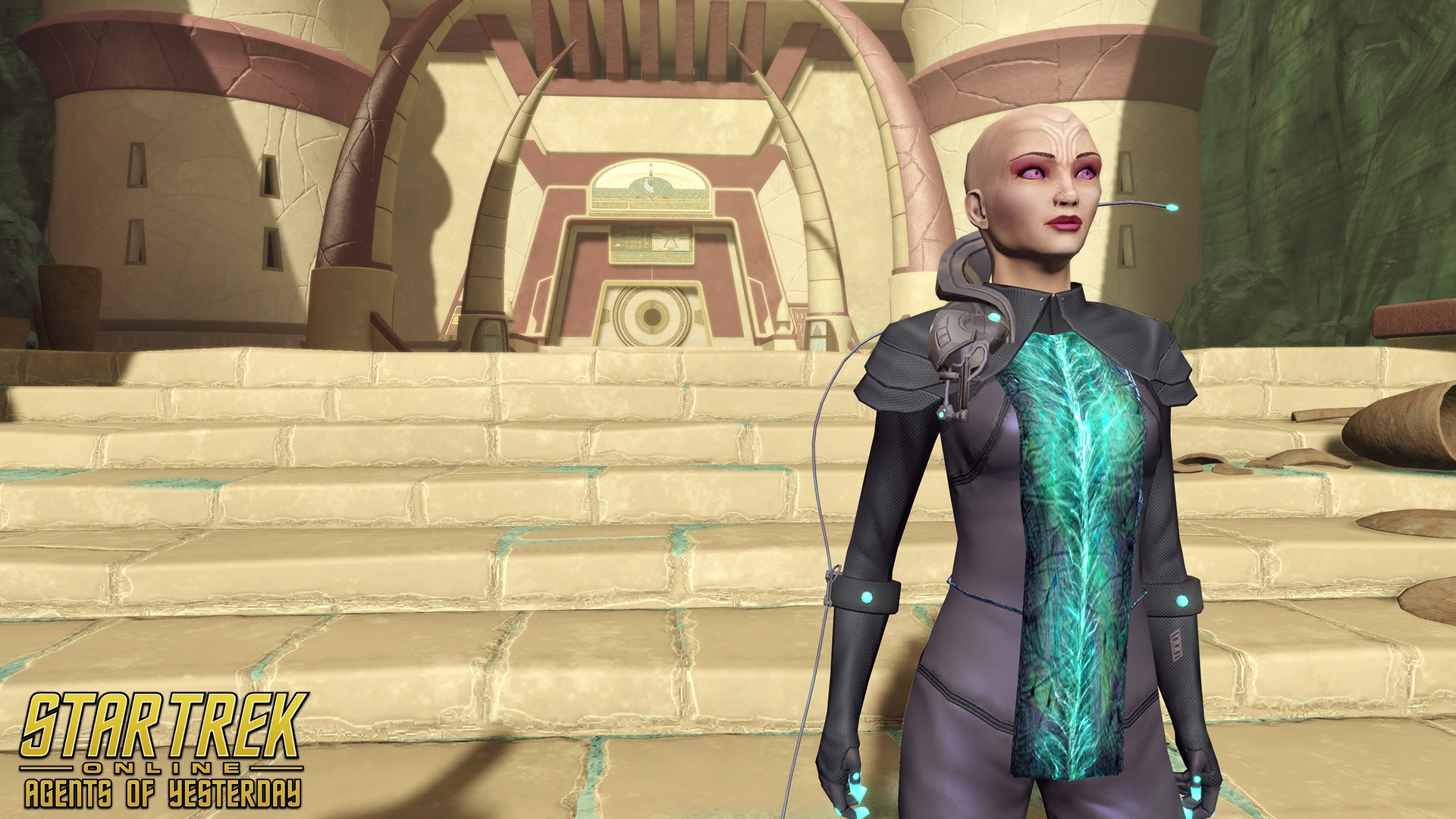 For some of us this expansion was the fulfillment of a childhood dream, to others it was a true expression of our passion for this franchise. But for the entire development team, Agents of Yesterday was a way to celebrate the 50th Anniversary with our entire community. 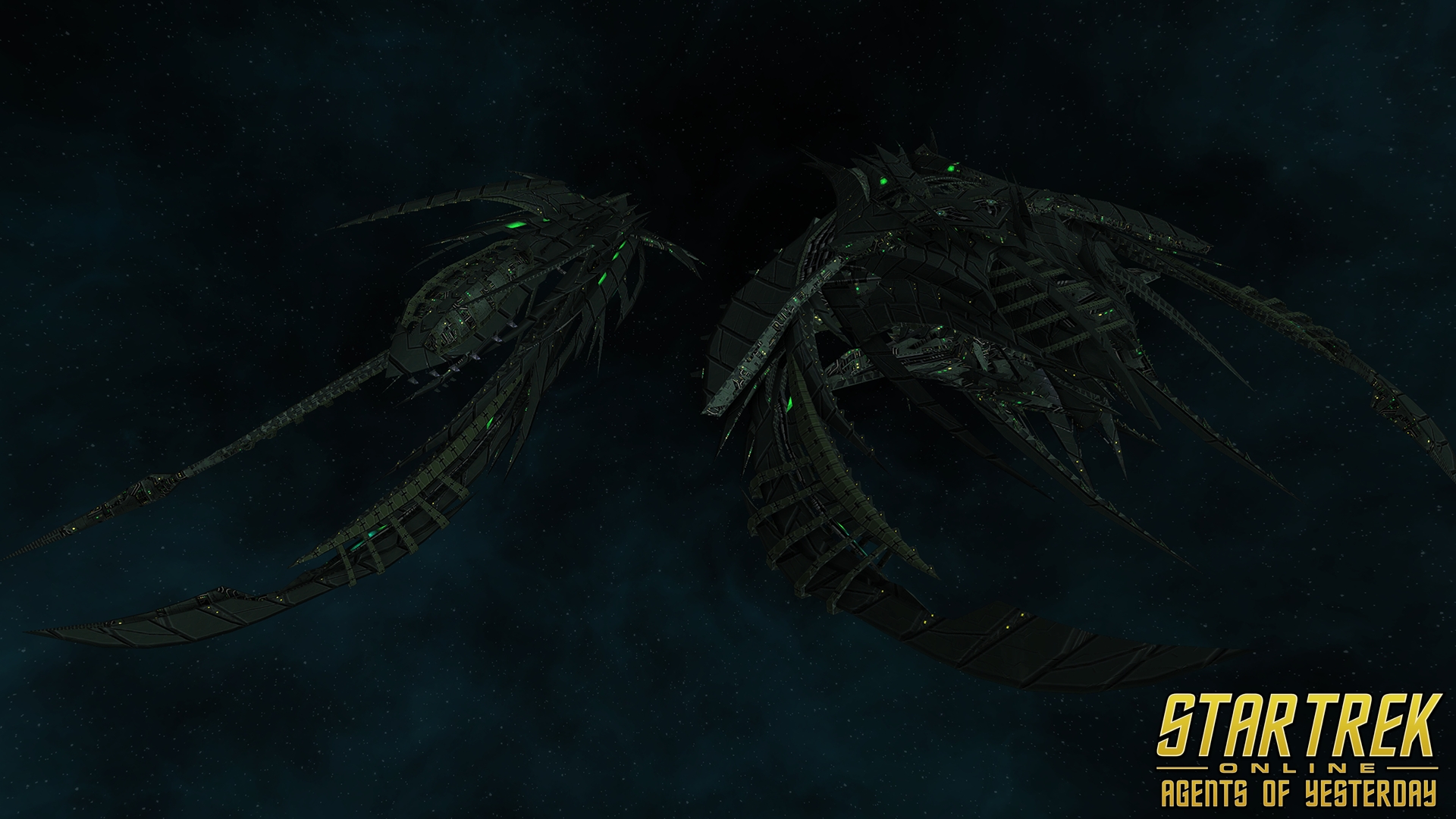 I can’t wait for everyone to enjoy it when it launches 14th February on PS4.

I would like to see a good top down or side scrolling star trex spaceship shooter. 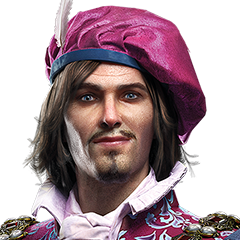 I liked the idea of STO but last time I checked it out the vertical flight controls couldn’t be inverted – have they patched this yet? 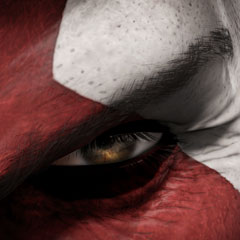 Yeah you now have 3 options that handle the camera if you set Invert camera axis per control scheme should to: OFF Invert camera X to : OFF and Invert camera Y to : ON then it should be inverted.

always no french traduction? neverwinter is a good game but i have great diffculty for understand the full game’s system on star treck in english