Cosplaying Aloy: how Horizon Zero Dawn fans are bringing the heroine to life

Five cosplayers discuss what Guerrilla Games’ creation means to them

Even before Horizon Zero Dawn has released, protagonist Aloy has managed to capture imaginations worldwide, inspiring reams of fan art and some incredible handmade garb. Googling “Aloy cosplay” will call up over 100k results – she’s already a star of the cosplay circuit. It wasn’t unprompted that creator Guerrilla Games released a free 13 page cosplay guide last year. Within is detailed the various elements of her costume, while high-res artwork offers easy reference material for cosplayers capturing her look.

In short, even a month out from launch, it’s clear Aloy has arrived in a big way.

You may have caught glimpses of fan-made get-ups at conventions even in the last year. Just some of those cosplayers came together for an immersive Horizon Zero Dawn event last month, part of a preview event in the studio’s home city of Amsterdam. Ask any about the first time they saw Aloy, and all will admit to having an immediate attraction to her.

The Italian cosplayer, with ten years of experience under her belt, recollects the immediacy of Aloy’s presence in the announcement trailer. “I could see she’s really strong, really proud of herself. She decides, despite everything, to find her solution.”

Strong personality resonated with the others too. “She was instantly someone I admired,” echoes Raven Star, a six year cosplay veteran. “She was so cool in the way she was running around, not taking anything from anyone. I said ‘this girl’s a badass. I’m going to try and be her'”. 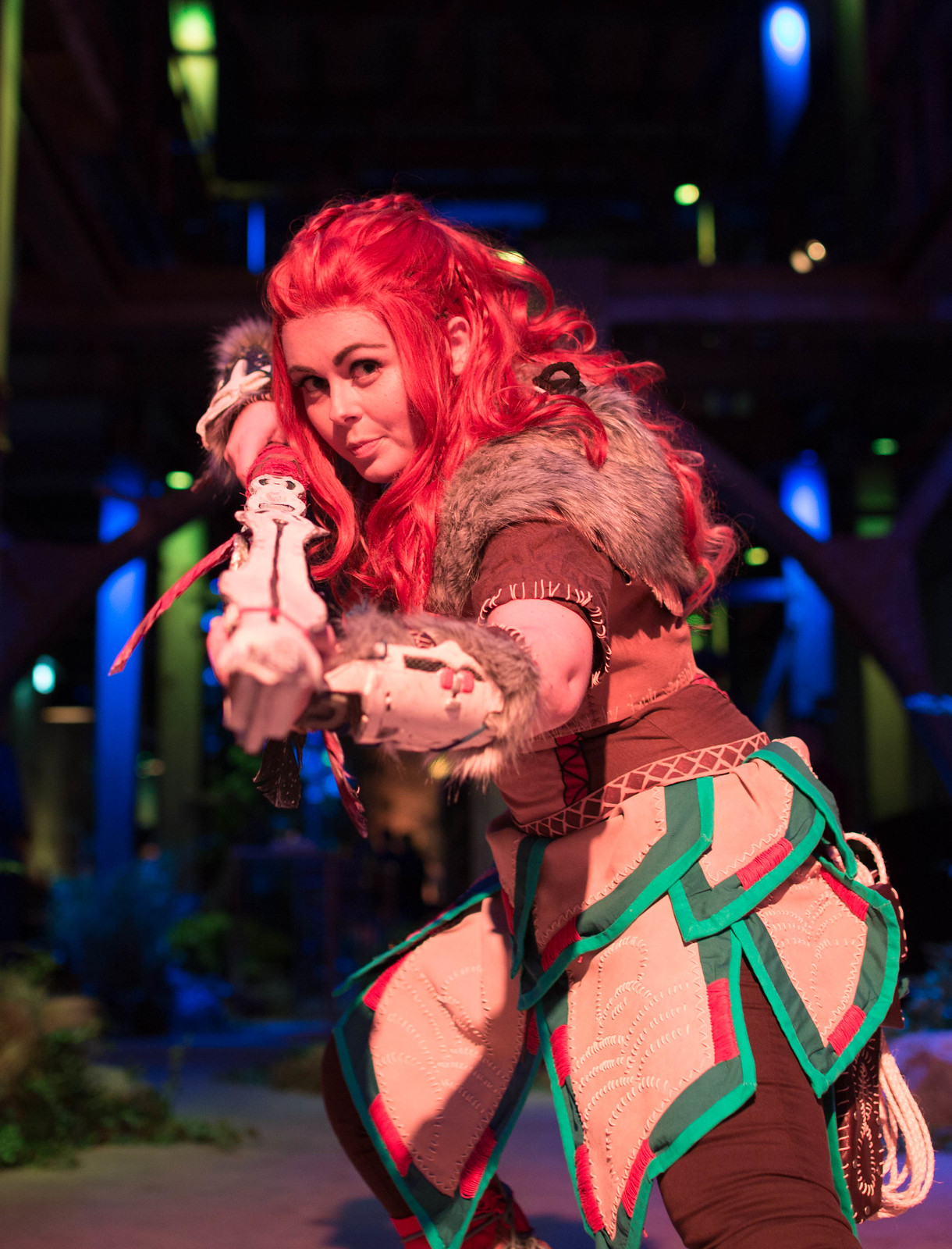 Executing the outfit took dedication. Raven Star documented her creation as a helpful ‘how to’ guide for other fans (“I’m really grateful [to her] and I’m going to keep saying it,” explains cosplay newcomer Klaudia Baltica Wojnarowicz, who benefited from the online videos, and who’s here with fellow Polish and full-time professional cosplayer Małgorzata Janikowska), totalling up around 300 hours in creating Aloy’s look. 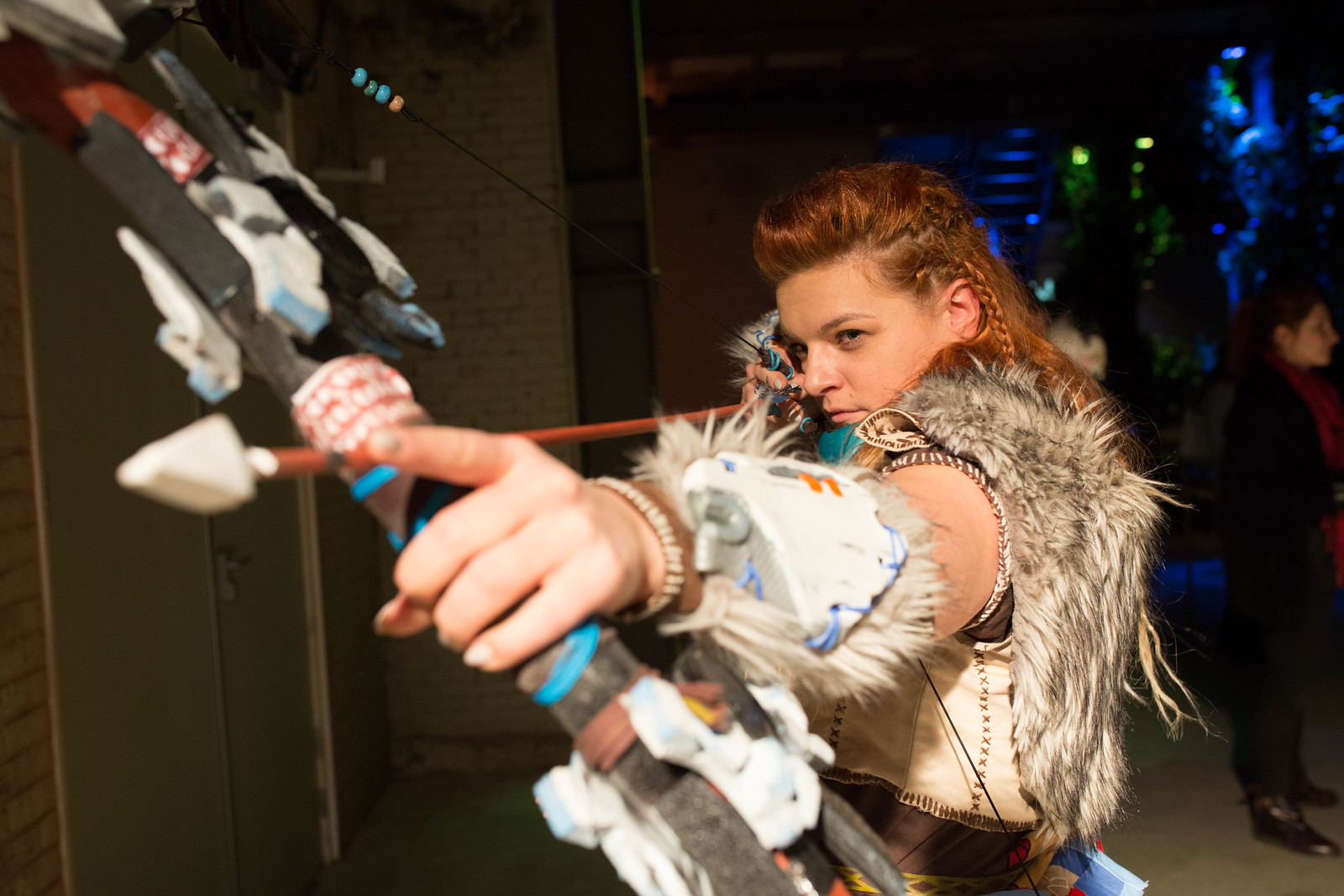 Both Nadia and Germany’s Sophia Ditzell (another experienced cosplayer of 12 years) totted up between three to four weeks on theirs. The Polish cosplayers took two months apiece.

Where the creators differ however, is on what was the hardest element to design.

Nadia points to capturing the different colours and styling of her wig (“I’m good at sewing. It’s making other things like the wig that’s difficult”). Hair work was heaven compared to the skirt, according to Sophia. Similarly, Klaudia struggled to complete the skirt with only one working hand after injuring her other months prior. “[That] was the worst!” she recalls of struggling with the piece.

While Raven Star notes that a full third of the 300 hours she sunk into the costume was spent on that particular garment (“Just because it’s leather. There’s no machine, so you have to do everything by hand”) she admits it to being her favourite, as it let her appreciate the finer details of the outfit.

“It took me a good 50 hours to realise there are actually horizons on the skirt,” she laughs. 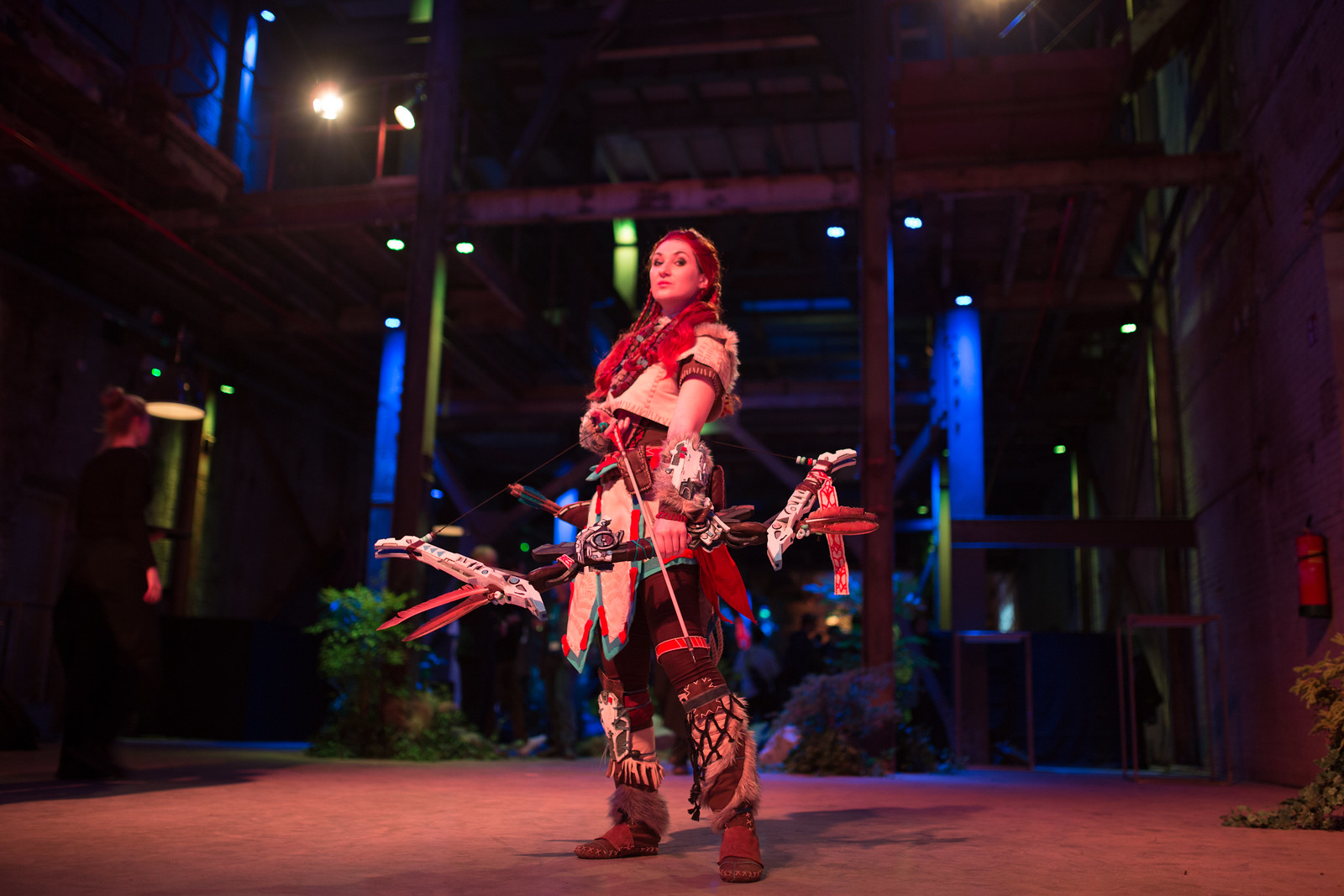 Handcrafting at least kept things authentic to the fiction. The guide highlights that while stitching in tribal culture was “primitive and limited to simple techniques” Aloy still “puts great care” into her clothing. “While I was making this I could imagine her sitting by some kind of fire and adding little touches, crafting little necklaces,” enthuses Raven Star. “Every single detail on the costume makes sense for the universe she’s in.”

“I learnt so much,” comments Małgorzata, who saw the detailed cosplay as a welcome challenge, and later jokes that the real skill needed to create winning cosplay is patience. While some of her peers went for a spear, she created realistic arrows and a wooden bow as part of the cosplay, though we don’t get an opportunity – possibly for the best – to test how authentic they are.

All are seeing a rapid transition in the public’s awareness of Aloy in the past year. Sophia’s spent 12 years losing herself in high profile characters from comics and games, and points to people picking up on her cosplay a previous Gamescom (“although some people thought I was [Game of Thrones character] Ygritte, because even without the costume I look a bit like her!”), while Raven Star’s hearing her name more and more. 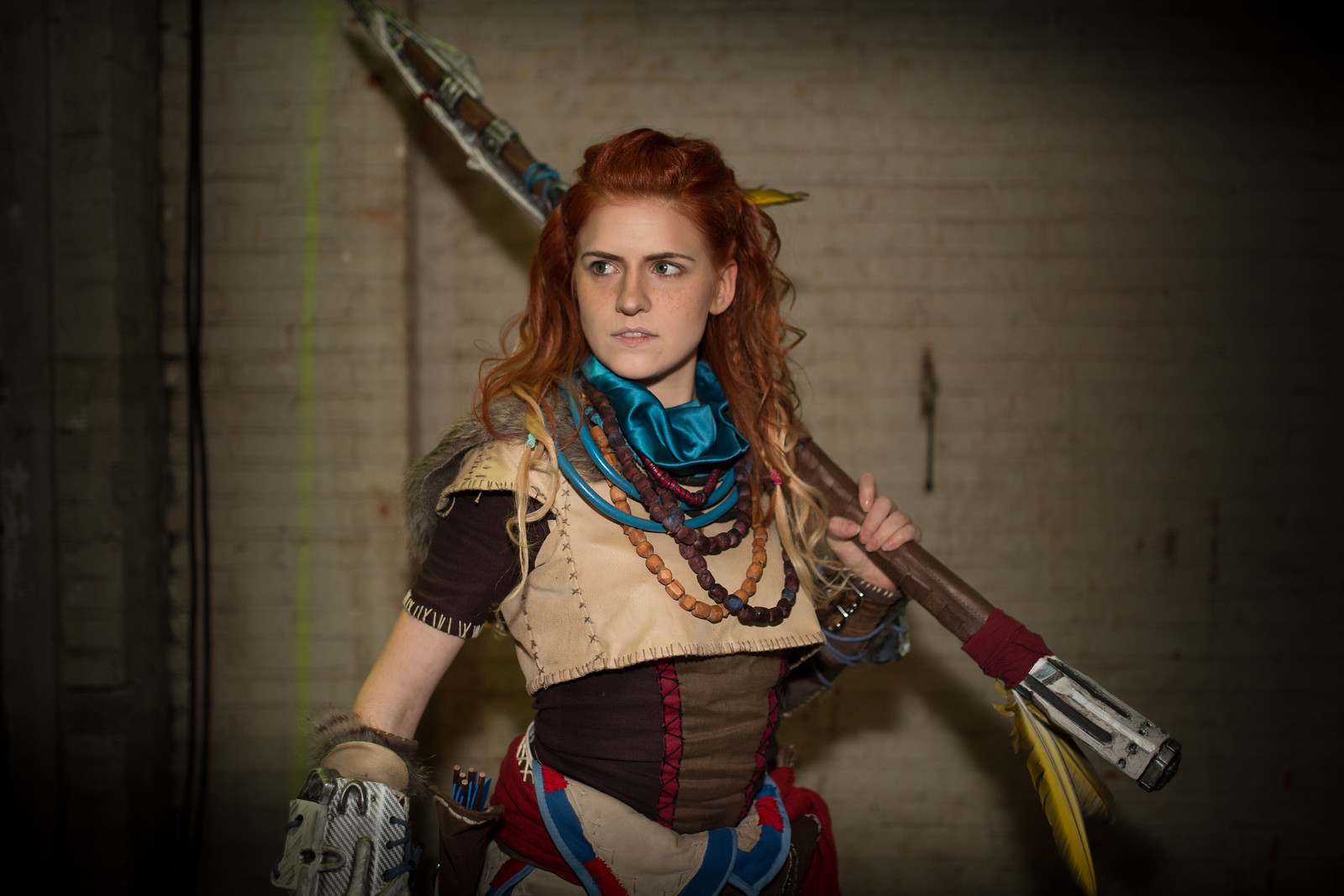 “I got a lot of ‘oh, it’s that girl from that game – with the dinosaurs!'”, she laughingly recounts. “But the last couple of months I’ve been getting a lot of ‘hey, it’s Aloy’ – People are starting to catch on and recognise her. It’s really amazing.”

With the game’s release rapidly approaching, the ‘Aloy army’ will likely only continue to grow. But it’s never about a cookie cutter rendition. Raven Star takes a moment to consider her peers that are wandering through the halls of the event. “There are four or five Aloys walking around here tonight, and they all look different. We all work from the same reference, use some of the same materials even, and everyone brings something unique to it. It’s what makes cosplay so cool. Everyone gives it their own little twist.”

“It’s about the technique,” Klaudia responds immediately when we ask her whether costume accuracy is more important than embodying the character. “It doesn’t have to be so accurate.” One is as different from the other, yet all embody Aloy in their own way. 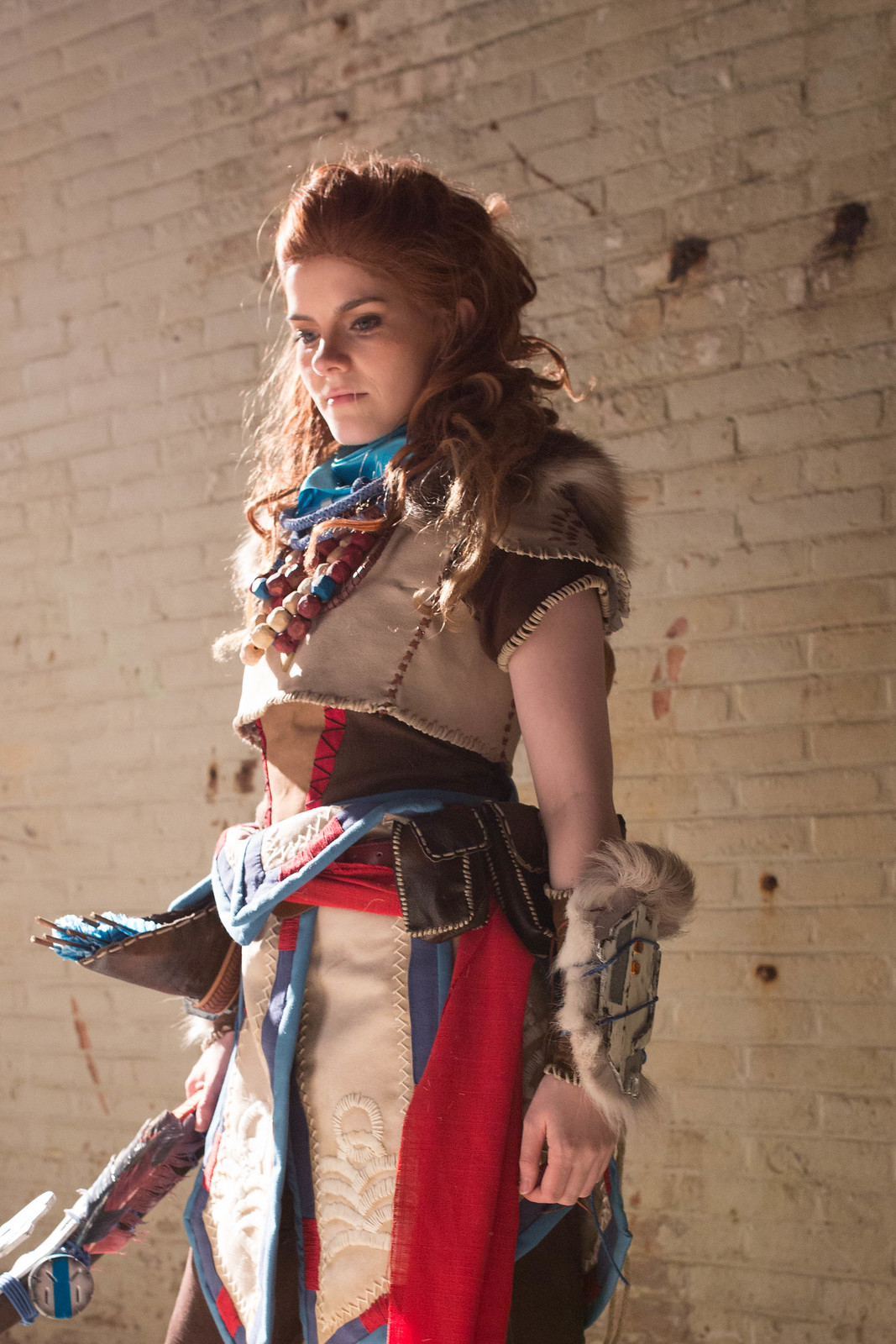 All will more than likely carry on the cosplay at future events and conventions. But as for the immediate future, they’ve the pressing concern of successfully hacking a ferocious Watcher nearby. With practiced ease, they disappear back into the shadows; the hunt is on. 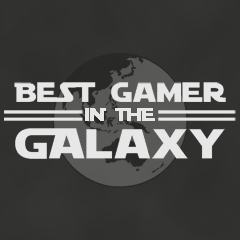 I thought they were all “Irisa” from the tv-series (and game) “Defiance”.. :P