The story behind PS4 RPG Sacred Fire’s cult of personality

In most RPGs the role-playing and character creation is reduced to choosing a role in combat and how you deal damage. I missed that old-school role-play feeling, where you can be creative and figure out how to gain an edge against a stronger enemy or avoid a fight altogether.

In Sacred Fire, as the Roman Empire marches to annihilate your way of life, you are facing a stronger enemy most of the time.

We wanted to design a new flavor of RPGs. A game where the key to success lies not in weapons, skills and damage types, but in the psychology of the characters. To support this design focus we developed a numbers-based personality model and gameplay rules for the inner workings of a warrior inspired by the 2nd Century resistance wars in Caledonia (ancient Scotland).

Instead of a grizzled resistance war story reduced to a survivalist mindset, your character is an outsider from their honor-based culture. Relationship and psychological motives drive you to search for something more than survival or revenge. But can you escape the gravity of a world gone mad and the rage building up inside of you?

To us, this is the most interesting gameplay conflict and challenge of all – the conflict of your protagonist wrestling with their own emotions, beliefs and worldviews.

That’s why Sacred Fire is a choice-driven narrative RPG, flowing from one tactical encounter to another. You create and control a single character, using third-person turn-based tactics in both combat and dialogues.

Sacred Fire is all about building a strong personality. You need both inner strength and social influence to guide the story into the direction you want. 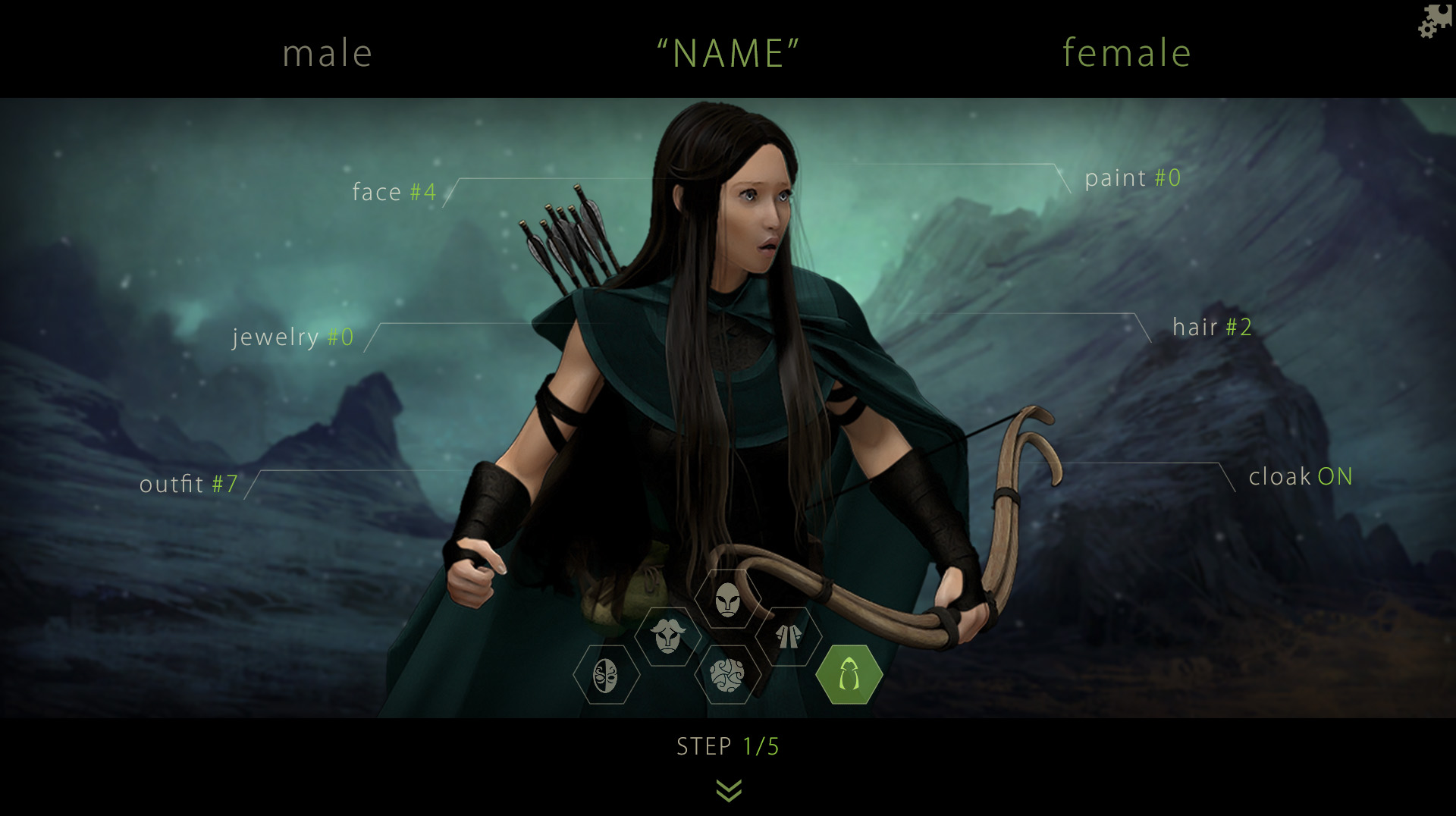 Our character creation and writing supports multiple play styles, and lets you gain an edge with either force, intellect, skill, appearance or empathy in every situation. 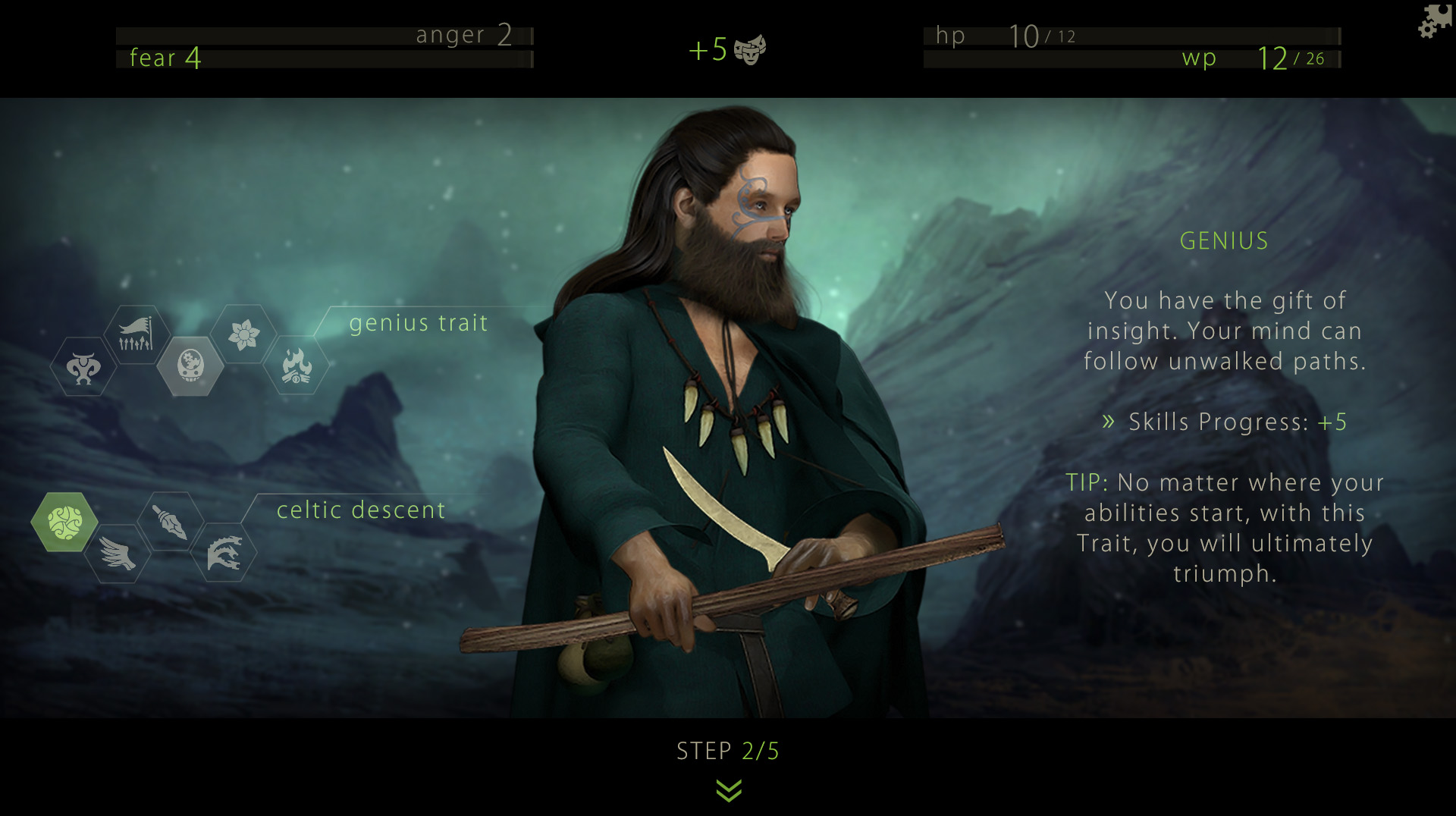 The key mechanic in Sacred Fire’s combat is that Fear weakens attacks and Anger leads to neglecting defense. You can use Willpower Points to improve your hit and dodge chances. The more in control of your emotions you are the more you charge up an Opportunity, unlocking special events, giving you the chance to turn the tide of the battle.

But even before a battle starts, Intellect, Hunter skills and traits like sixth sense increase your chance to spot an ambush and avoid the fight altogether. Empathy, Leader skills and the Soothing Voice trait allow you to calm-down a dispute before it escalates into an armed conflict.

And instead of trading blows, until one side drops dead, the AI wants to survive, so they will try to flee, surrender, or recognize you as a worthy ally if you intimidate, show courage, skill or pain resistance. 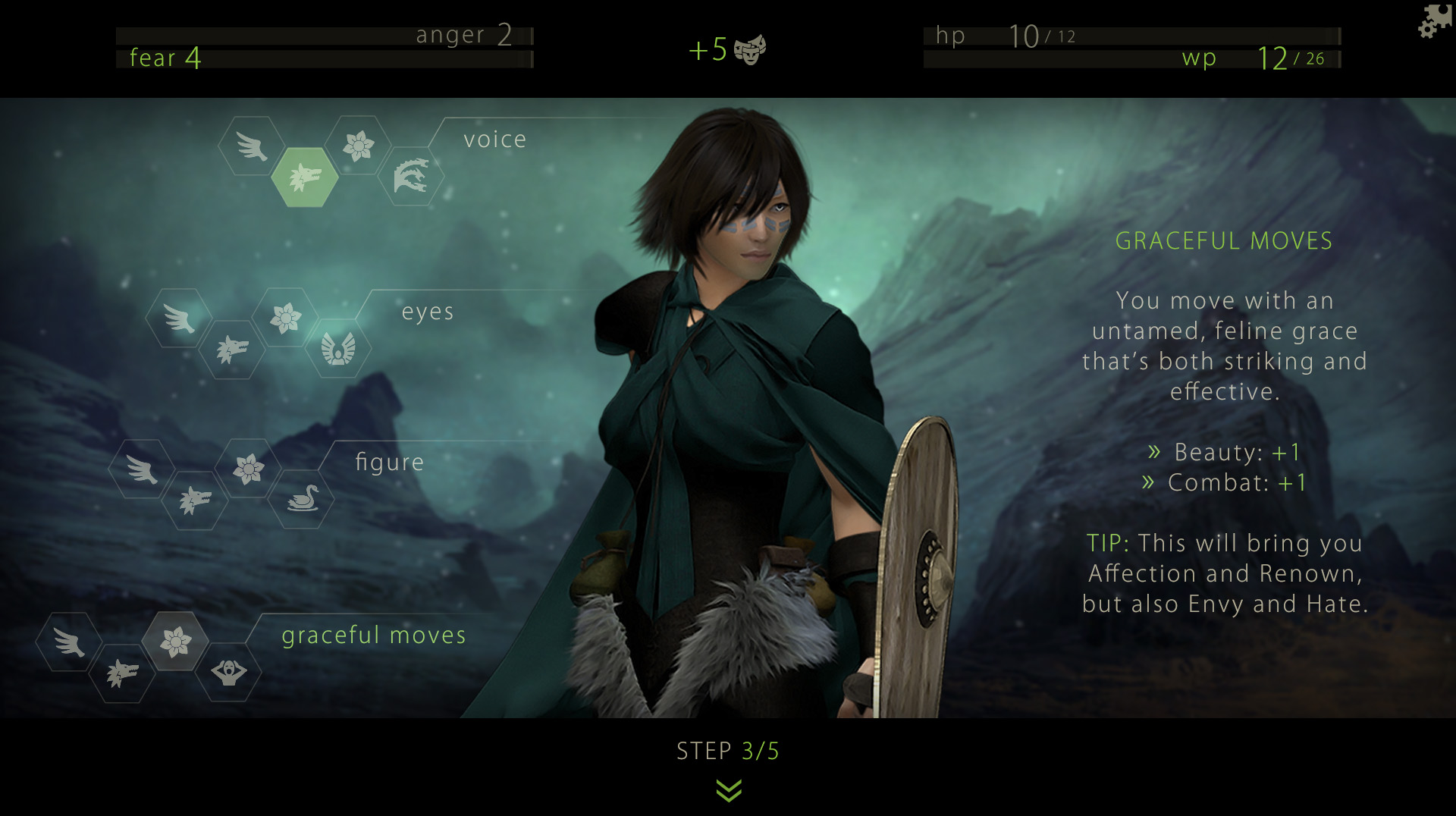 Appearance Traits like a Melodic Voice, Fragile Figure or Vivid Gestures make everything you do more memorable. They also evoke specific reactions. For example, Fragile Figure evokes the instinct in others to protect you in combat, and you are also less likely to be perceived as a threat.

Beauty helps you win people over, but also evokes envy and irritates opponents. Menace helps you intimidate opponents and can prevent them from attacking. 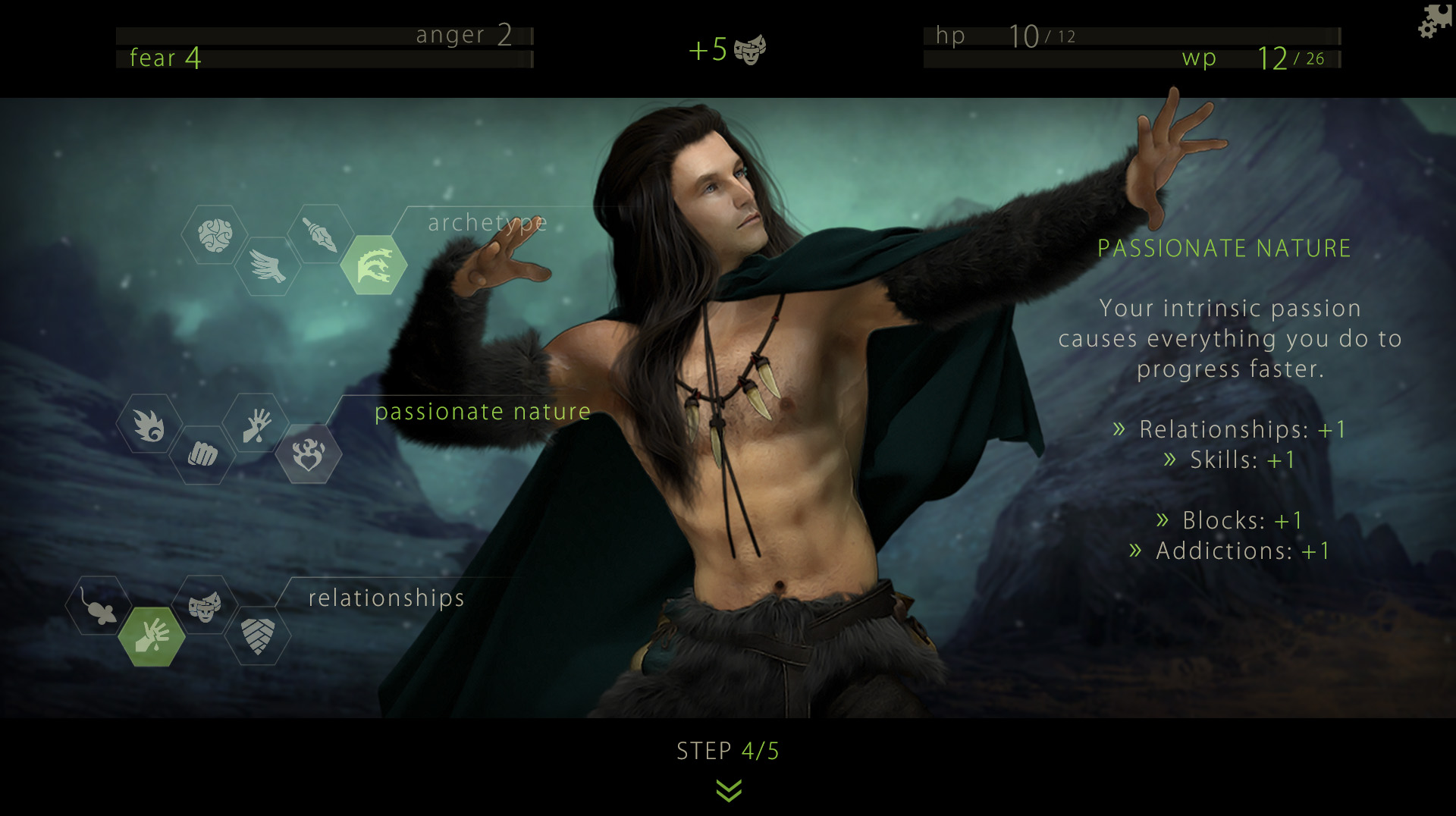 The personality and beliefs model represents a mature and nuanced take on the “good” and “evil” meters. For example, processing Defeat is easier if you have a strong belief that Happiness is always possible in life. However, this same belief also makes it harder for you to risk your life increasing your Fear in combat.

Regaining control in the rush of battle and stopping the killing blow is easier if you believe that there is Goodness in people, but this makes it difficult to draw strength from Anger. 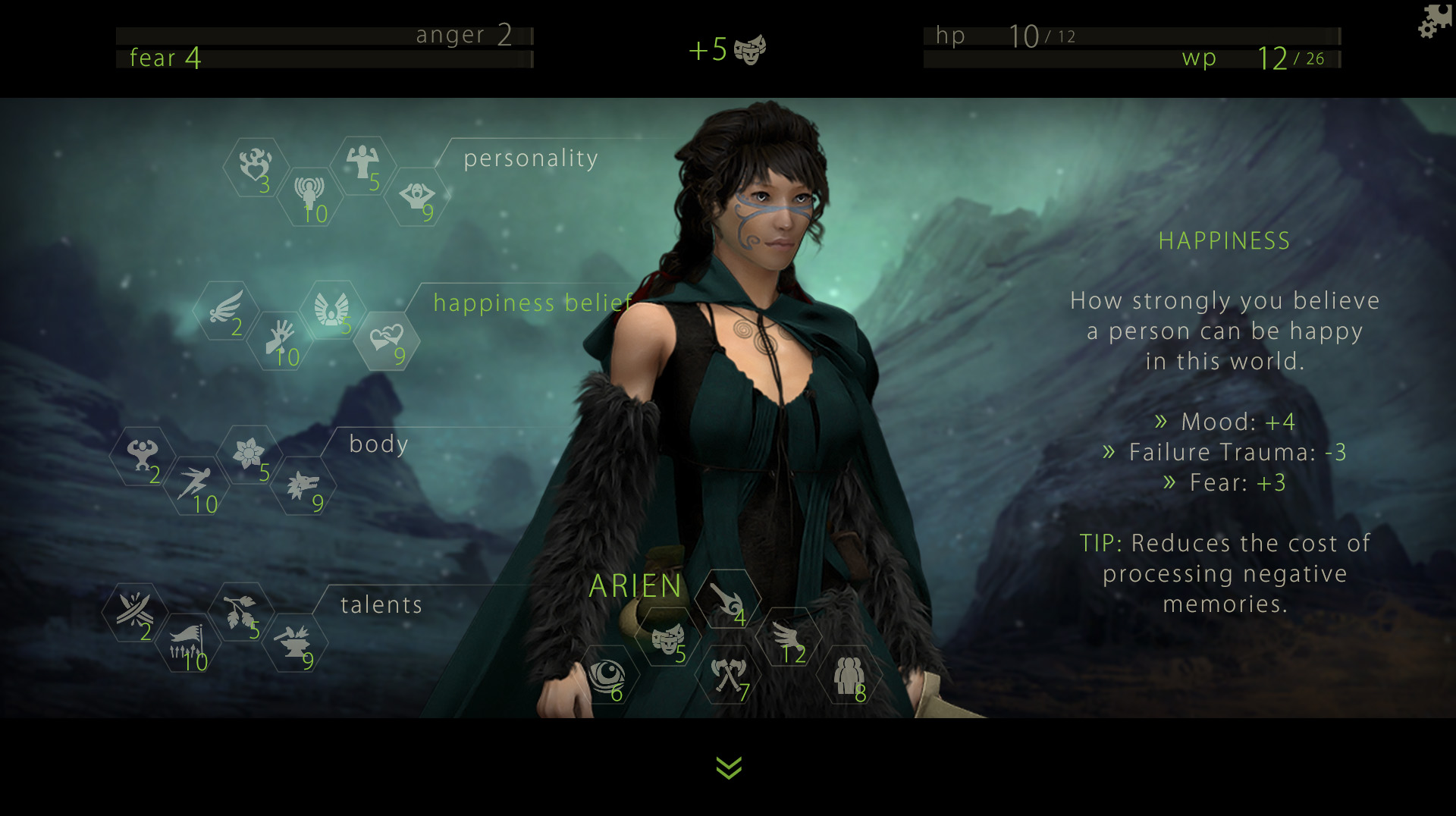 Believing you have the Favor of a divinity can make you courageous in combat, but you can grow overconfident and lose the bonus to Defense that Fear gives you. Honor may disadvantage you by not using dirty tricks in combat, but helps you gain allies, as they trust you more easily.

The pros and cons of positive and negative beliefs are balanced. The goal is to give you the possibility to freely express different beliefs and explore their consequences. 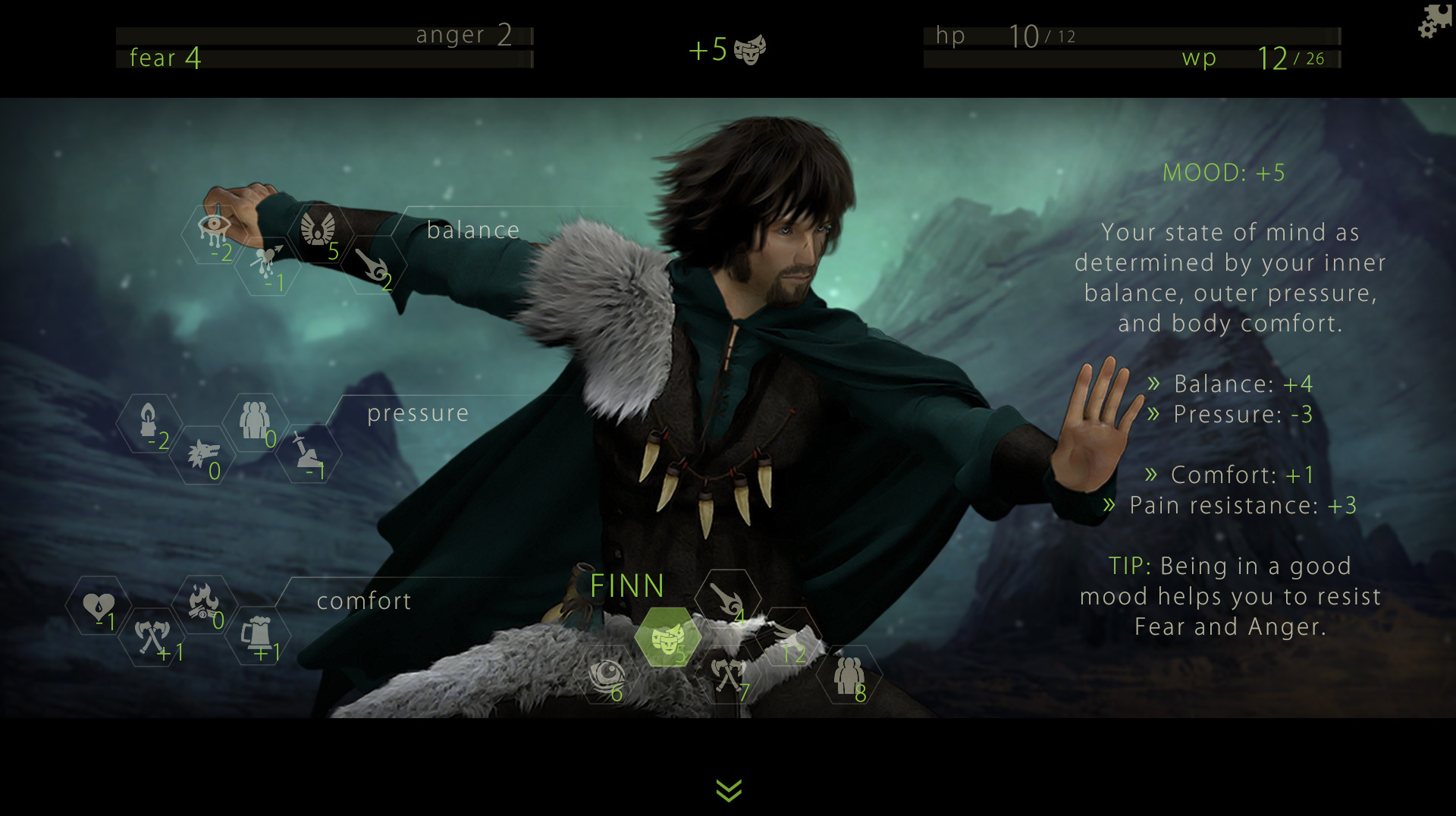 Mood depends on stress and comfort. Danger, pain from injuries, relationship conflicts, and traumatic memories can all raise your stress level. Comfort and safety comes from powerful allies, a trusted blade in hand, luxury items and strong convictions. 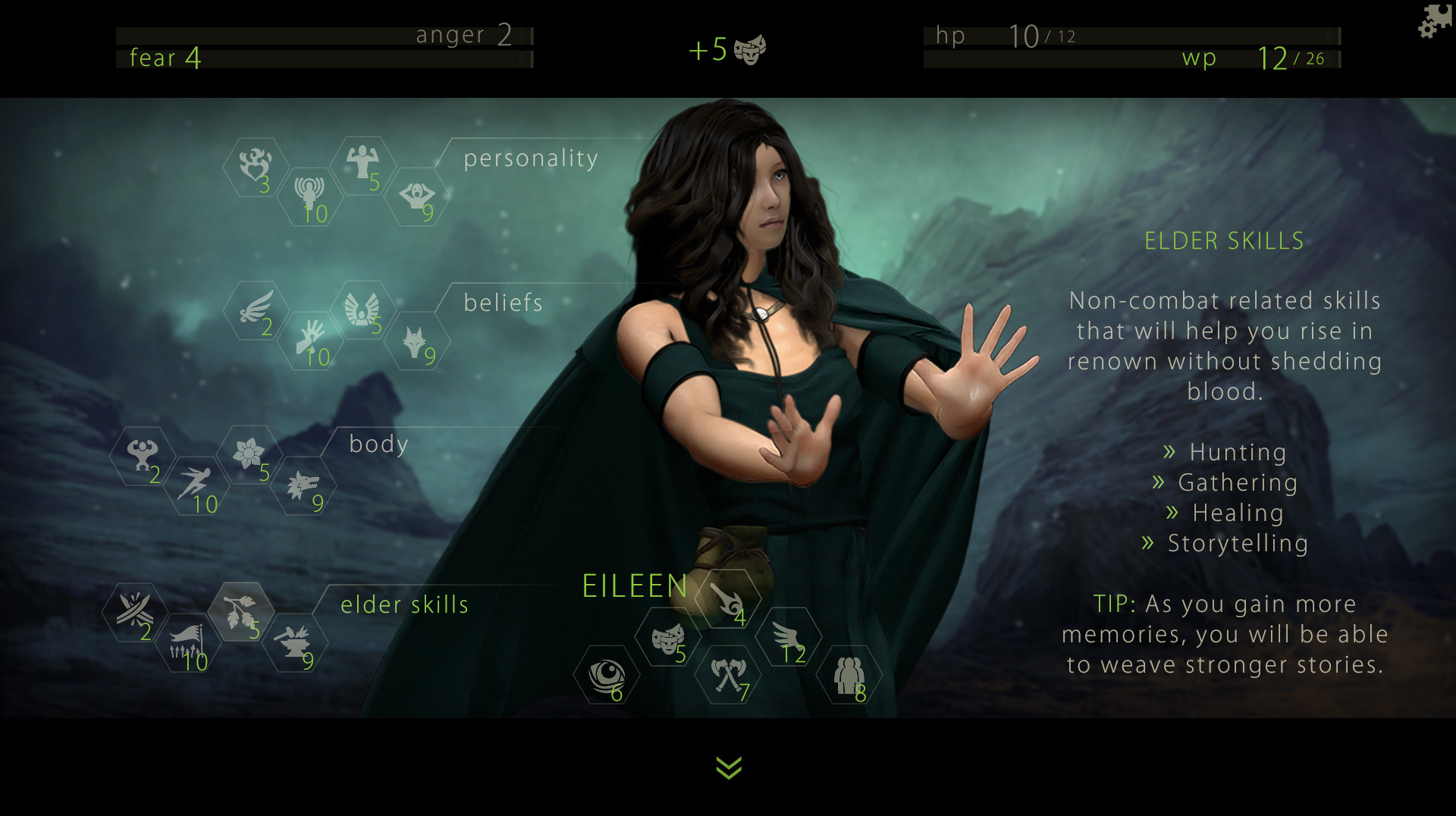 Step 5, Skills: There are many ways to raise your level of influence.

Using fighting, healing, crafting, and relationship Skills develops both them and the associated Attributes: Agility and Strength, Intellect and Empathy, Beauty and Menace. 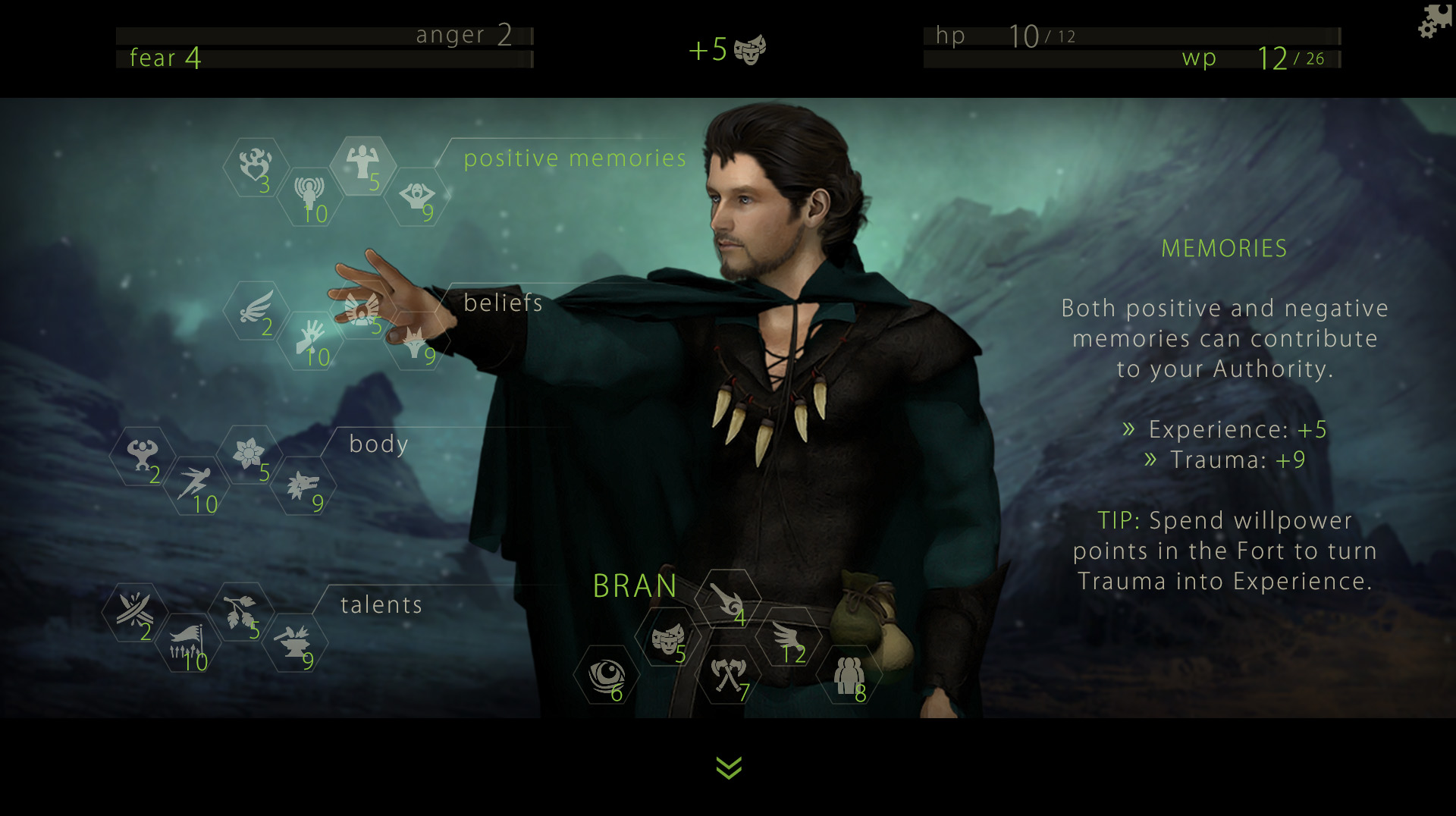 Step 5, Personality and Memories: Turn your weaknesses into strength.

Authority expresses the inner strength of your personality. It’s the sum of memories, beliefs, skills, and attributes. 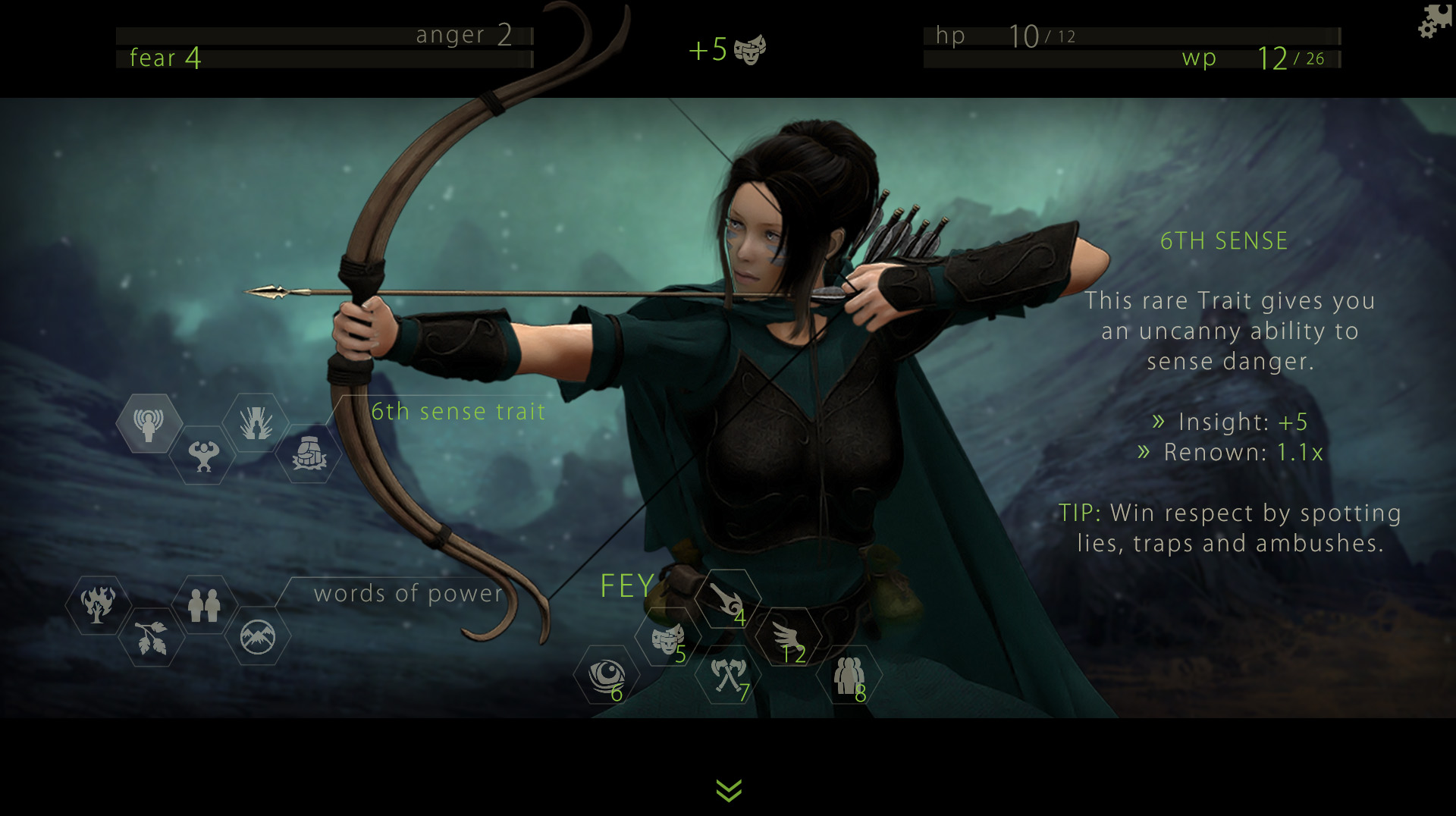 Leveling up is designed to make you feel like the character creation process never ended.

Once you gain enough Authority to level-up, you can distribute character points to:

Although you customise the appearance, attributes and the mindset of your character extensively, the character doesn’t start as a blank slate. You are torn between the memories of a loving mother and a father you would rather forget, overshadowed by a gifted and protective brother, and wrestle between the path of revenge or loyalty.

So the question is not only can you overcome your fear and defy Rome, but can you also prevent rage from taking over your life? Beyond survival, beyond revenge, your true fight begins. 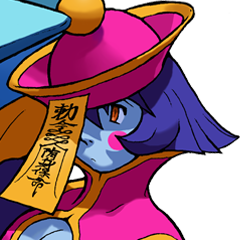 This is SOOOO fascinating!! I love it already and best of luck to you all! 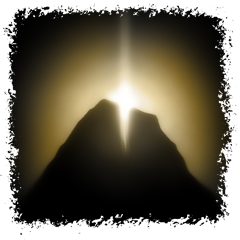 KIKSTARTER! I just hope I don’t have the same luck as I have on kikstarter projects before i.e. I backed a campaign called mech runner 3 years ago, Yes 3 YEARS AGO, and I’m still waiting for approval from sony ( so the campaigners say ) , that’s plus another 2 games that never actually made it , I hope this does though it’s going back to that old school type of game I love, best o the Irish to ya