To celebrate the impending launch of crowd-funded retro collect-a-thon Yooka Laylee, we caught up with some of the developers at Playtonic Games to find out how and why they made the split from the mainstream industry to pursue a brand new project and what the story is behind the studio and its origins.

Way back in 2012 six veteran employees of Rare (the development studio behind iconic titles like Banjo Kazooie and Perfect Dark) got together and announced their intention to form a new studio and build a spiritual successor to the kind of quirky platform games that had epitomised the late 90’s gaming scene.

As studio head, Gavin Price explains: “I always thought there was a market for games that mixed the best parts of the N64 and PS1 era with the modern era. Some things back then were great – others not so great and I saw the opportunity to have the best of both worlds.”

Of course, great ideas are all well and good, but finding a team to help make them a reality is another thing altogether. Gavin was in luck, he was able to assemble a dream team of like-minded individuals to join him on his grand adventure: Chris Sutherland, Jens Restemeier, Steve Mayles, Steven Hurst and Mark Stevenson.

“We had a wealth of experience to draw on.” Gavin recalls. “We’d all worked at Rare during that very exciting period in the late 90’s and we wanted to create games in the same way we’d created them back then: letting creative decisions forge our path and simplifying and owning the whole process.” 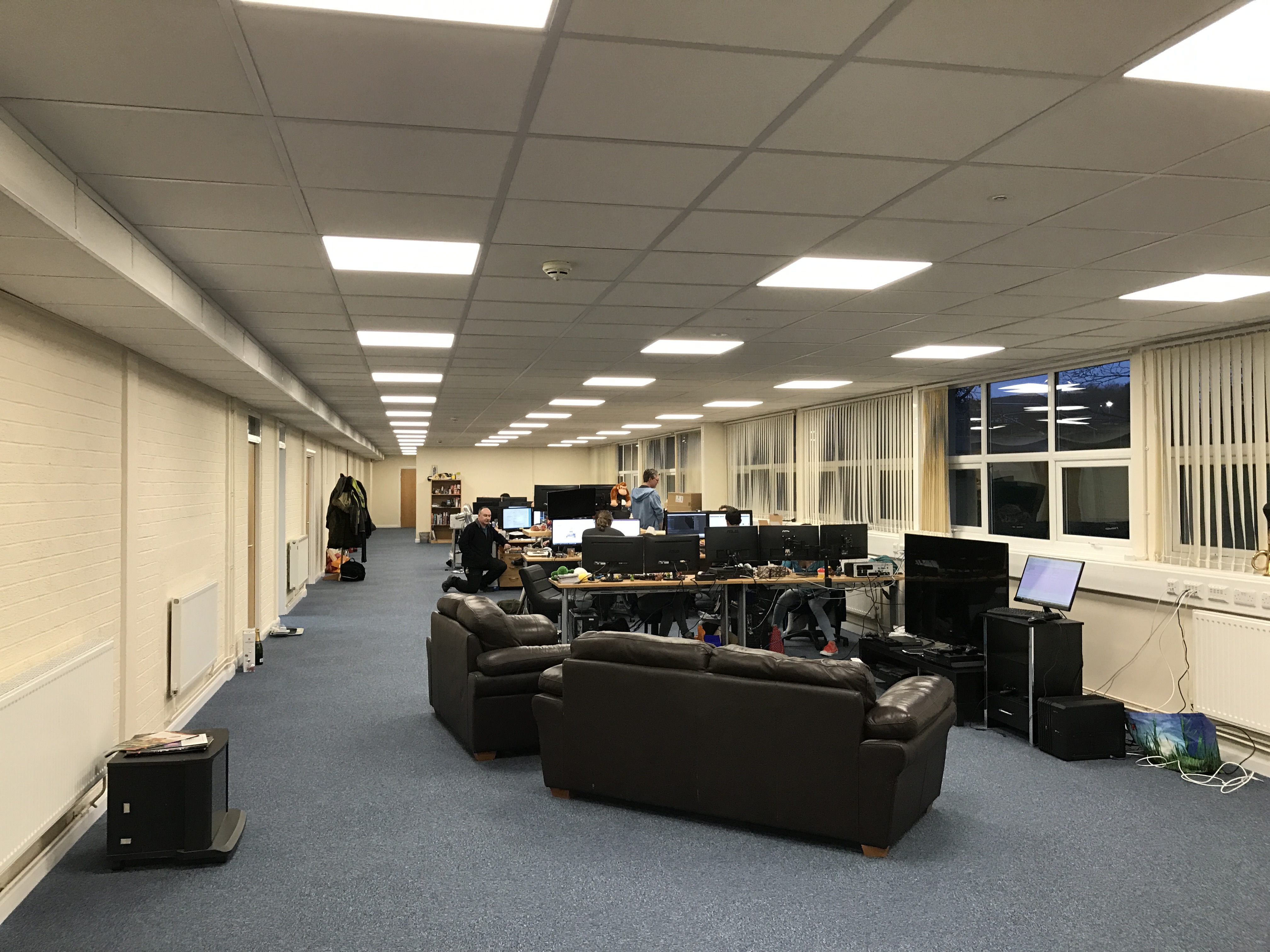 The developer upscaled its offices three times as the team grew

They set up office in Gavin’s home town of Burton-upon-Trent in the UK and over the next two years would upscale their premises three times as their ambitions and their development team grew – they also settled on a name: Playtonic Games.

“Our name is a play on the word ‘platonic’,” Gavin explains, “a form of love. We love games so Platonic became Playtonic – a one-word monika that simply says ‘we love to play’.”

If you look closely you may even notice that the team included their name in Yooka Laylee itself: keep your eyes open for ‘Play Tonics’. They’re unlockable in-game perks that grant special abilities (hint: you’ll need to find a character called Vendi). 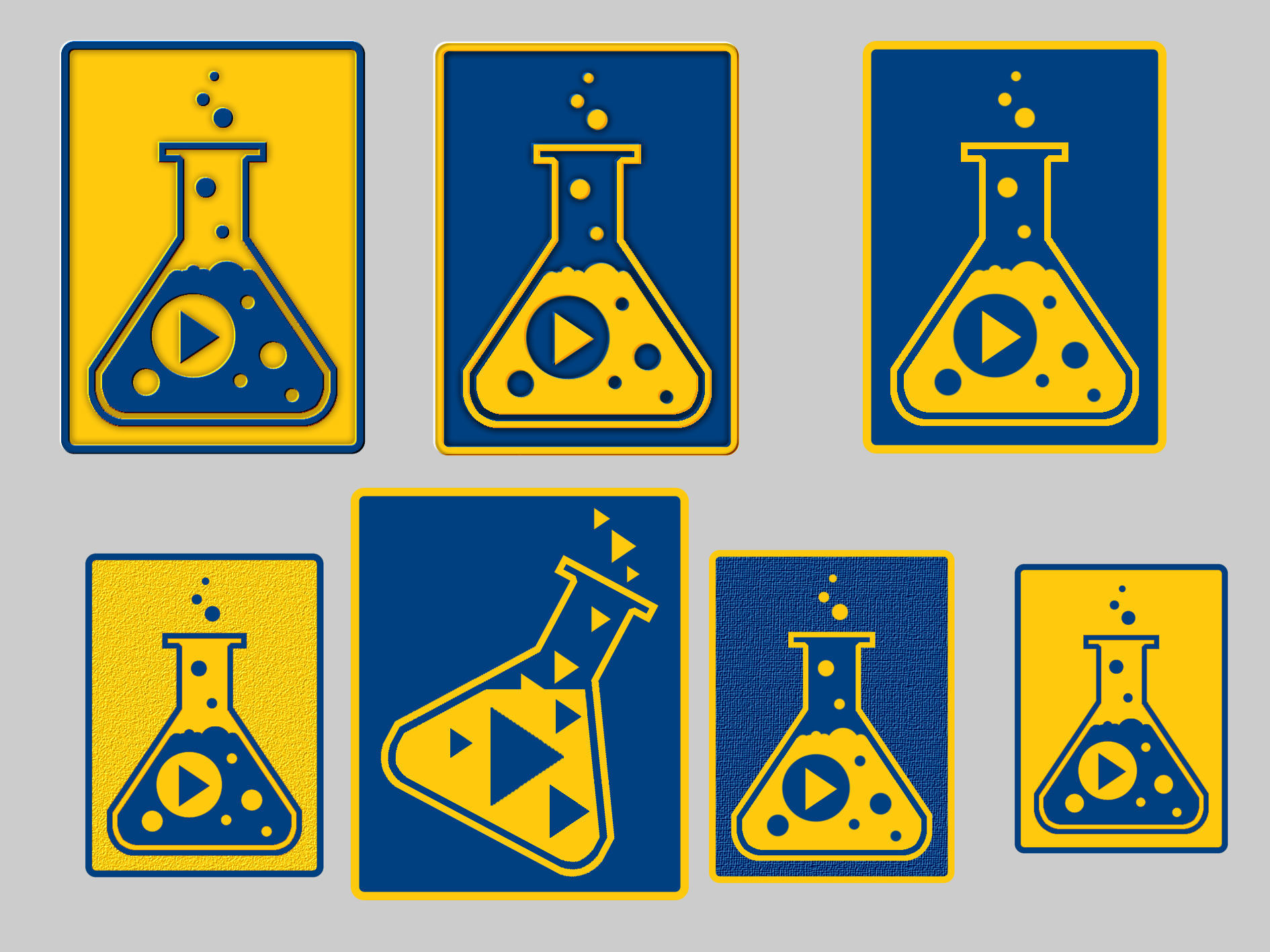 With development on the game already underway, the logo was hastily decided upon. As designer Steven Hurst recalls: “The design came about very quickly. The ‘tonic’ part of the name immediately conjured up ideas of flasks and chemistry and I managed to put something together within a few hours. After messing around with a few colour and font variations, we settled on the final design.”

With that, Playtonic Games was born. With their debut title releasing today, we were curious what the future had in store for them.

“There are a lot of younger people who missed out on an era when gameplay – more than anything else – was the key focus. ‘Grinding’ styles of gameplay and free-to-play mechanics do a great job of bringing people into gaming, but they struggle to offer the deeper gaming experiences we know and love.”

Yooka-Laylee is out on PS4 today.