As the dust settled after Horizon Zero Dawn‘s release earlier this year, one of the game’s key creators – Guerrilla’s Managing Director Hermen Hulst – sat down with one of the title’s many fans – none other than Naughty Dog Creative Director Neil Druckmann, who was by then several hours and regions into the game.

The interview was a chance to reflect on the game’s six year development cycle, the final retail release yet another milestone in a half decade filled with them: a step away from the studio’s Killzone franchise, the exploration of a new genre, the birth of a new PlayStation icon. Yet the chat became something more, allowing two celebrated creators to discuss their approaches to the medium and their thoughts on wider issues.

That interview is presented, in full, below. But there are several revealing takeaways from the 24 minute session that are of particular note.

1. Back in 2010, Guerrilla asked for pitches from the entire team to decide its next project

Hermen Hulst: I might have said maybe not puzzle games or racing games, but other than that, anything goes. And then we reached out and 45 guys and girls pitched from the team.

2. Two ideas were taken forward – one of those pitches was for a steampunk title

Hermen Hulst: One was this steampunk idea that is remarkably similar to The Order 1886. So very similar in many ways – the setting of it, some of the ideas of the gameplay of it as well. We took that and we actually transformed that more into a superhero kind of thing. It was close to home for us in terms of the core systems. And the other one was Horizon Zero Dawn.

Neil Druckmann: Uncharted started as a steampunk, open-world game that then evolved into this modern day pulp, action-adventure.

Hermen Hulst: The very first prototype that we did had Killzone M82 guns in it, and you were actually firing your submachine gun at these robotic dinosaurs. That very quickly felt weird.

5. Creating the iconic Thunderjaw gave the team confidence it could make the game 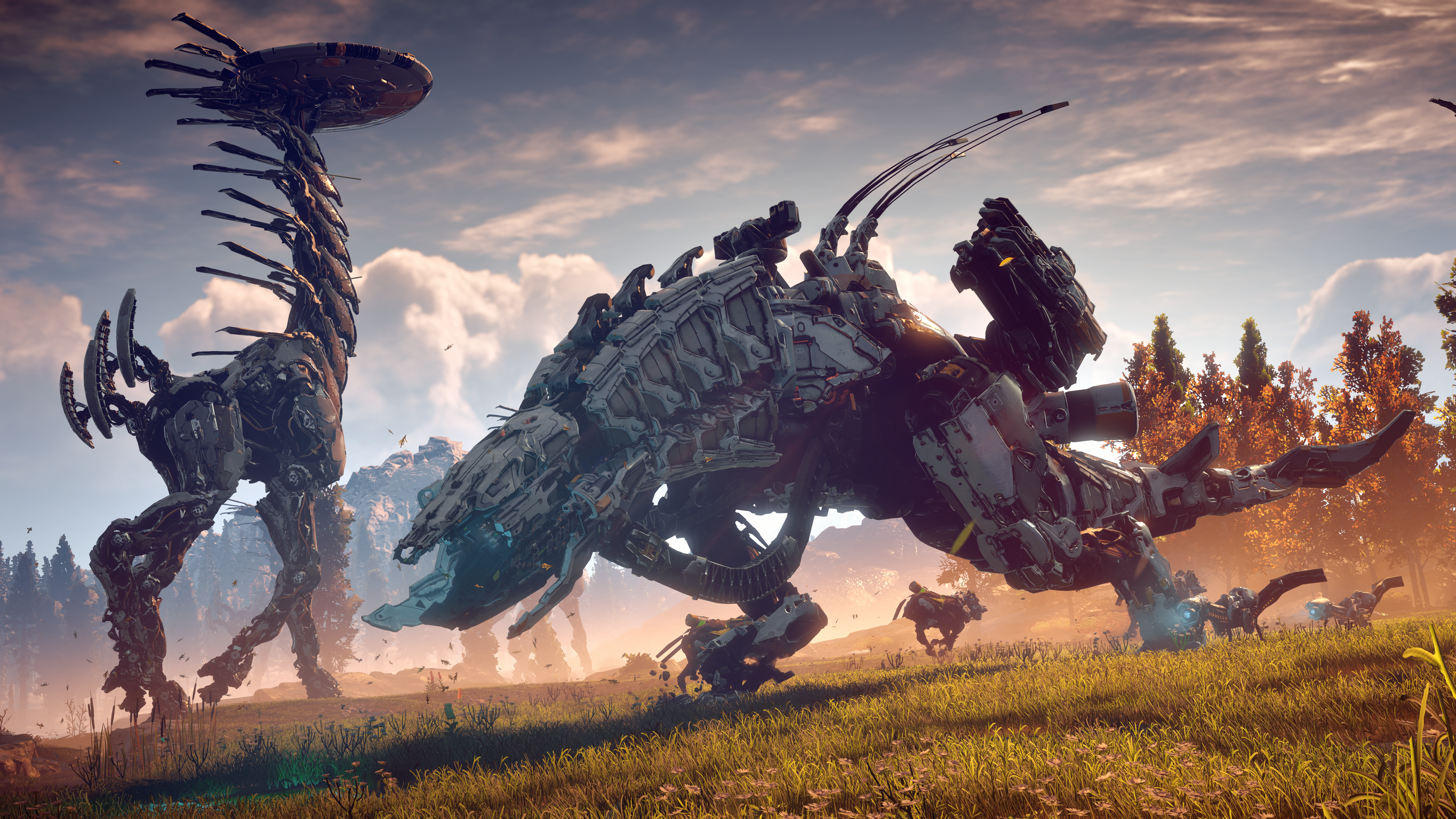 Hermen Hulst: It took a long time for us to crack the core combat of fighting these robotic dinosaurs. The amount of time it took us to make the first machine, that big T-rex, the Thunderjaw, was a year and a half.

So during that time, everybody starts doubting. “Is this ever actually going to work? What are we doing?”. You’re firing arrows at this big overpowering machine. How will that ever work?

When we cracked that, we knew we were going to at least have a good game in terms of gameplay, but that took an awfully long time to get to that.

6. Aloy is the creation of three people 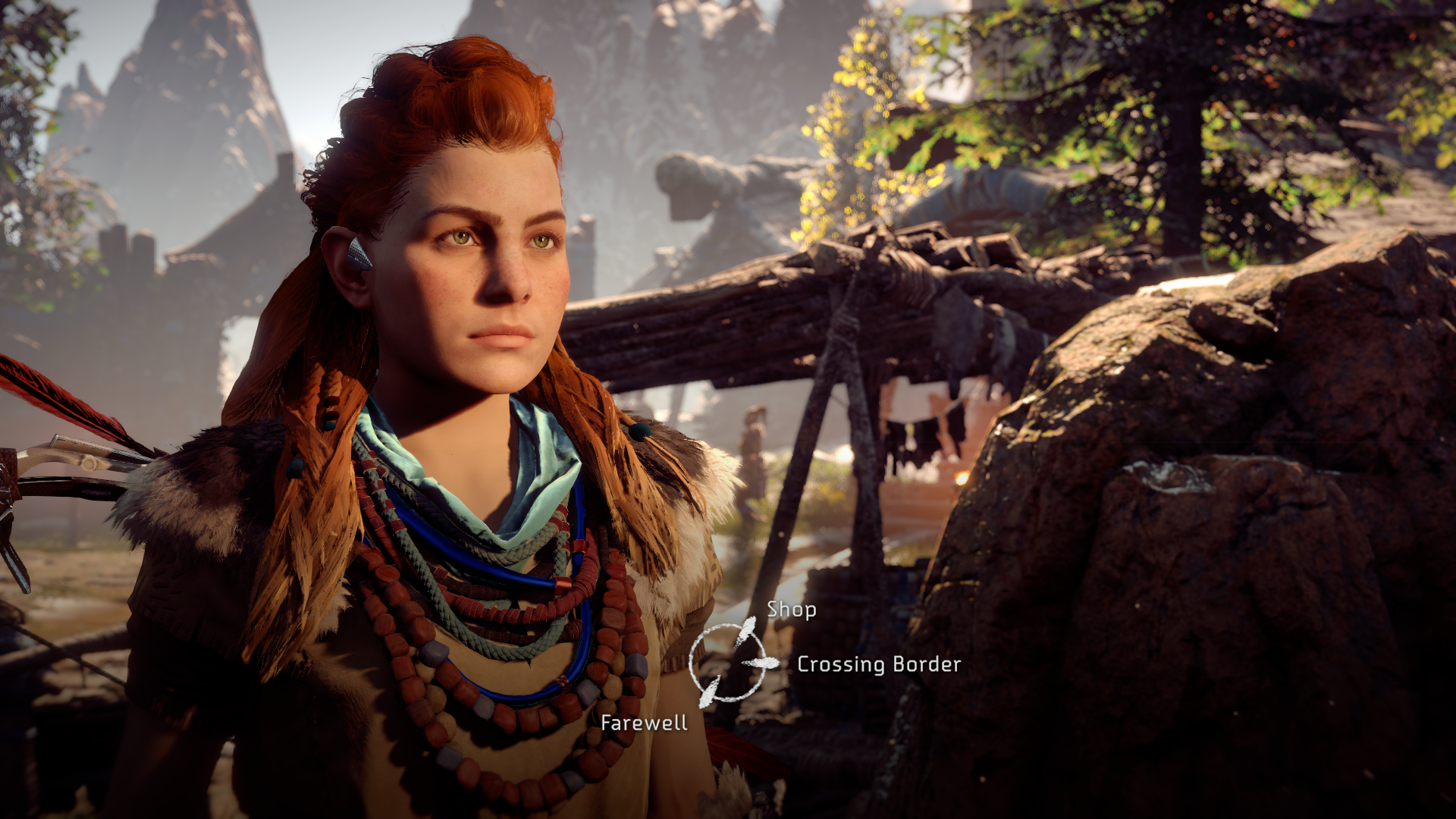 Hermen Hulst: We brought on our lead writer – the narrative director now - John Gonzalez, probably half way through. And he’s been very, very instrumental in bringing [Aloy] to life. He said to me that Ashley’s [Burch] performance really inspired him, that it was a lot of back and forth between how she delivered her lines and what he would write next and have her say. So that was a really good dynamic between them.

We were really looking for the right face for this character. We’re looking at age. We’re looking at big names. And then one of our producers was watching a Dutch movie while he was off ill. He saw this girl, Hannah Hoekstra, a really very talented actress. She had that cheeky kind of fierce, funny attitude when we met her, and she was perfect. And she gave her likeness to the character.

And then because [Aloy], as a character, she’s out-gunned and out-powered by those massive machines, we needed her to be very agile. So that performance, the motion capture stuff, was created by a parkour actress we used.

So Aloy is actually based on three different people, right? The face, and then the voice – which is a massive part – and then the motion-capture performance.

7. Neil Druckmann chose to throw the rock at Bast

Neil Druckmann: I tried throwing a rock right at his face.

Neil Druckmann: Right at his face.

1 of the things that annoy me most online is countdowns!

What are the other things that annoy you? Give us your top 5 ;)

Apart from that, we don’t learn much about the creative process.