NBA Playgrounds is weeks away from its May launch, and we couldn’t be more excited. This is arcade NBA action with over the top dunks, wicked crossovers, and 3-point marksmen — a perfect pick up and play basketball game on PlayStation 4. When you take the 200+ current and retired players in our roster to playgrounds across the globe, these new tips and tricks should help you master the game. Check out the new trailer here as well to get all the gameplay details.

Whether you’re shooting 3-pointers, pulling off major dunks, showing off your finger-roll game, or defying analytics and winning with long 2-pointers – timing is key. Letting go of the shoot button at the peak of your shooting motion will not only increase your shot percentage, it will actually give you bonus points if the timing is perfect. The same goes for layups and dunks. This brings an added layer to NBA Playgrounds, where advanced players can be rewarded for learning the animations. 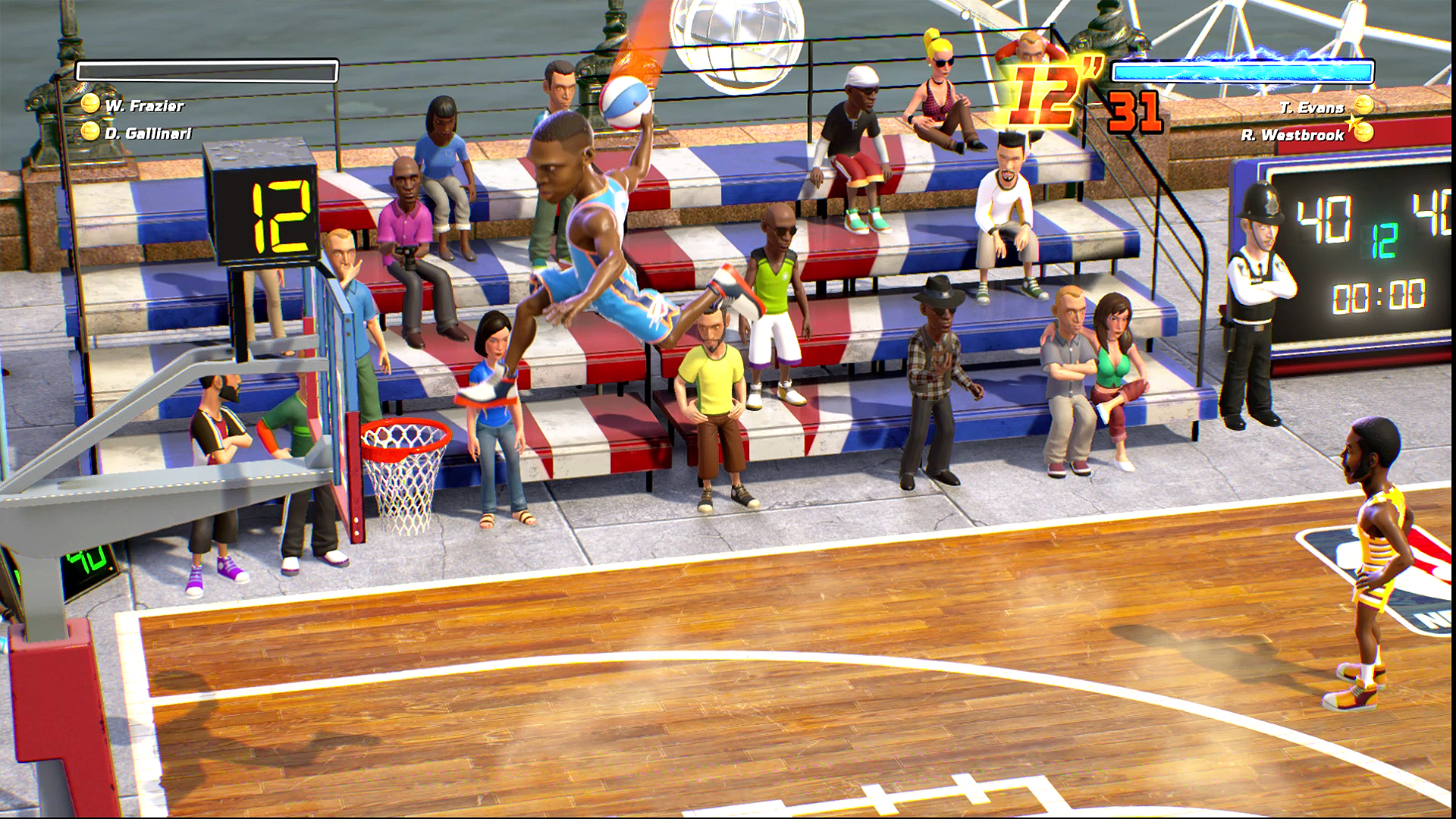 Pour in enough buckets, and your team will get to spin the Lottery Pick wheel for a short term bonus. Bonuses include super speed shoes, 12 inches of extra height on dunks, a glowing blue ball that increases your shot percentage, and a 2x 3-pointer. Another cool aspect of the Lottery Pick system is that it makes you think twice about pushing down your opponent on defense, as you lose your lottery bar momentum. It’s playground rules, but playing a cleaner game can bring you some good karma.

Defense wins championships – it also wins a ton of games in NBA Playgrounds, whether it’s against the AI, your friend on the couch, or online competition. Timing your swipes to get steals is key. On the other side of the coin, if you see a defender going in for a steal, that’s the perfect time to pull off a crossover and sprint towards the basket or the 3-point line. A good player will also experiment with and learn the perfect time to jump to block a dunk or a jump shot. Key moments – like when a player is about to shoot a 6-pointer during the Lottery Pick 3-pointer bonus – also call for you to push your opponent down – it’s playground rules after all! 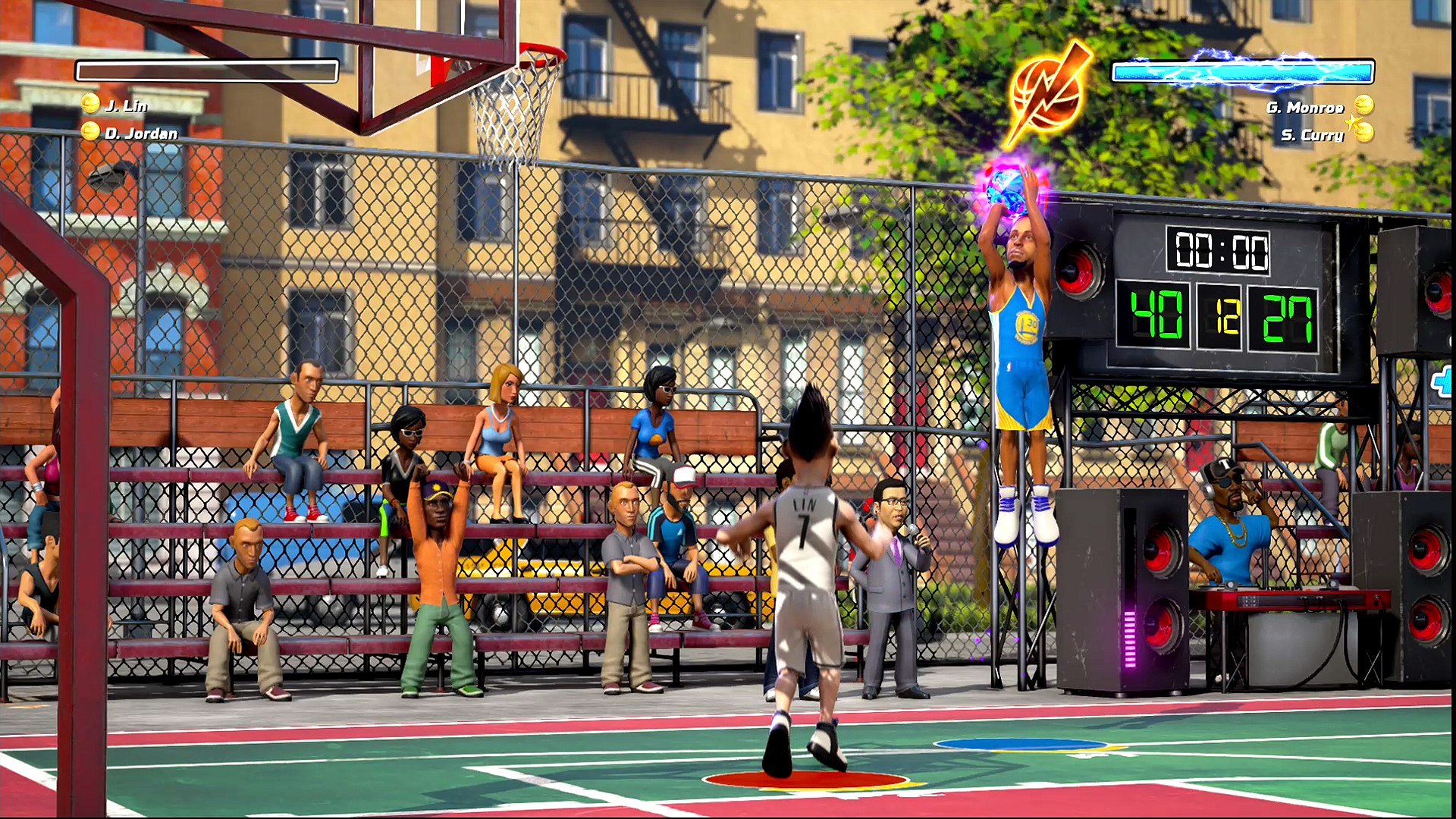 NBA Playgrounds rewards winning by giving the player new card packs that unlock new current and retired players. Sticking with a team for a while and focusing on unlocking their XP by playing through games will give those players new moves. Lots of players also have signature moves, so be sure to keep progressing in the game!

That should give you a rundown of the gameplay basics. We’re sure advanced players will find cool metas to the game as they rise up in online tournaments. Stay tuned for more NBA Playgrounds news!

Definitely picking this one up, thank you guys.

Man what’s up with all these great looking arcade games coming?
I mean I’m glad and this looks super but is it possible that this timeline isn’t all horrible? XD 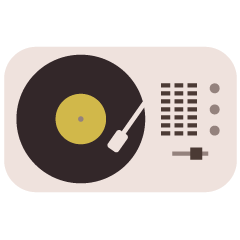 Really looking forward to this. Well overdue for the PS4! I miss the days of NBA Street so this will certainly fill the gap! More arcade games like this please!