The way you play first-person shooters in virtual reality is about to change in just a few short weeks – all thanks to a powerful combination of PlayStation VR, the PS VR aim controller and an action-packed survival shooter by the name of Farpoint.

Ahead of its 17th May launch, we grabbed an exciting new trailer for you to feast your eyes on in anticipation, and had a chat with Randy Nolta, Art Director and co-founder of developer Impulse Gear, to find out why Farpoint is worth keeping locked in your iron sights…

While you can play Farpoint with the Dualshock 4 wireless controller, the new aim controller offers an enhanced experience, so to navigate the hostile alien environment it’s all about getting to grips with this new weapon in your arsenal.

“Interaction with the PS VR aim controller was really important – the act of holding a physical weapon in your hands, aiming by looking down the sights, reacting, ducking and leaning into cover as you would in real life,” says Randy. 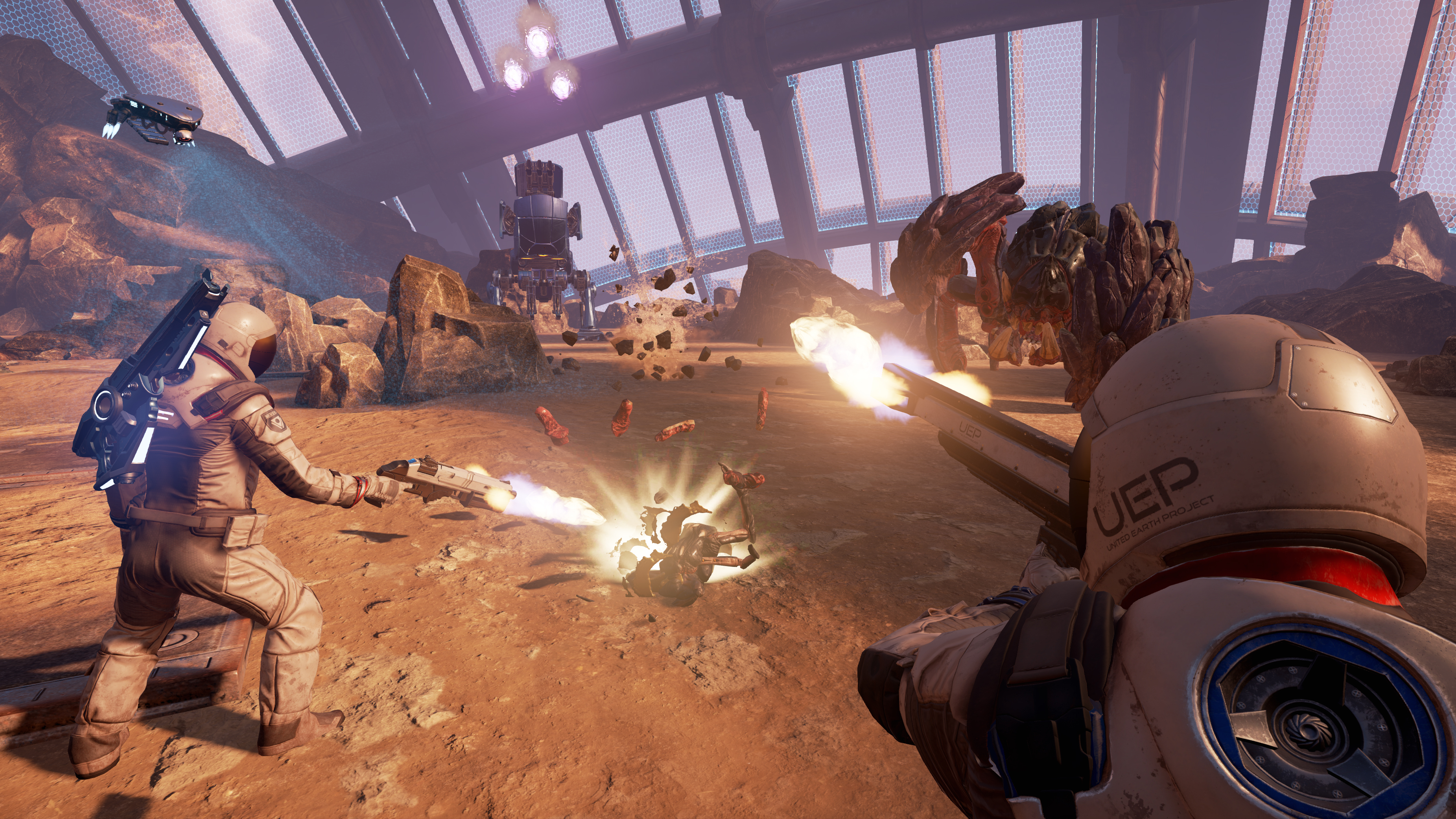 “We also implemented gesture-based motions which allows you to change your weapon by reaching up to your back. It really pulls you into the world and creates a much more impactful and immersive experience.”

“We’ve found that there’s usually a moment where players trying Farpoint realise that this level of responsiveness is something new – and a lot of the time it’s when you pull the PS VR aim controller up and look through the sites for the first time. That’s the moment where it really clicks and changes the way you play.” 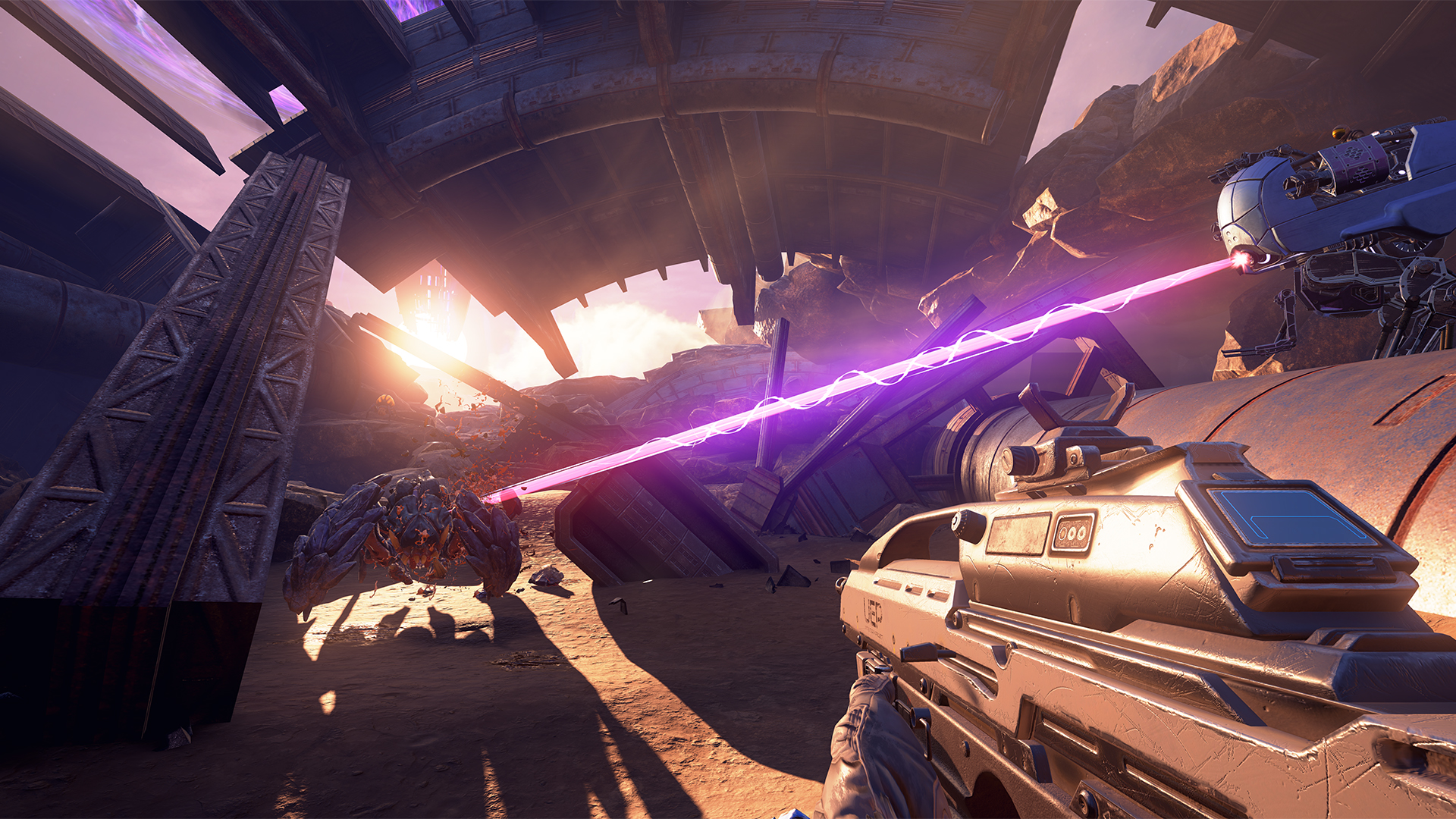 2. The story truly gets in your face

Not content with delivering a shooter where spatial physicality is paramount, the Impulse Gear team also wanted to go down a different path when it came to the narrative.

“I think we’ve put together a pretty unique sci-fi story, especially for a shooter,” explains Randy. “The characters are stranded and trying to figure out how to survive, and at the same time getting to know each other.

“It’s emotional, we wanted the characters to get close to you as the player and feel ultra-believable. You care about what happens to them. 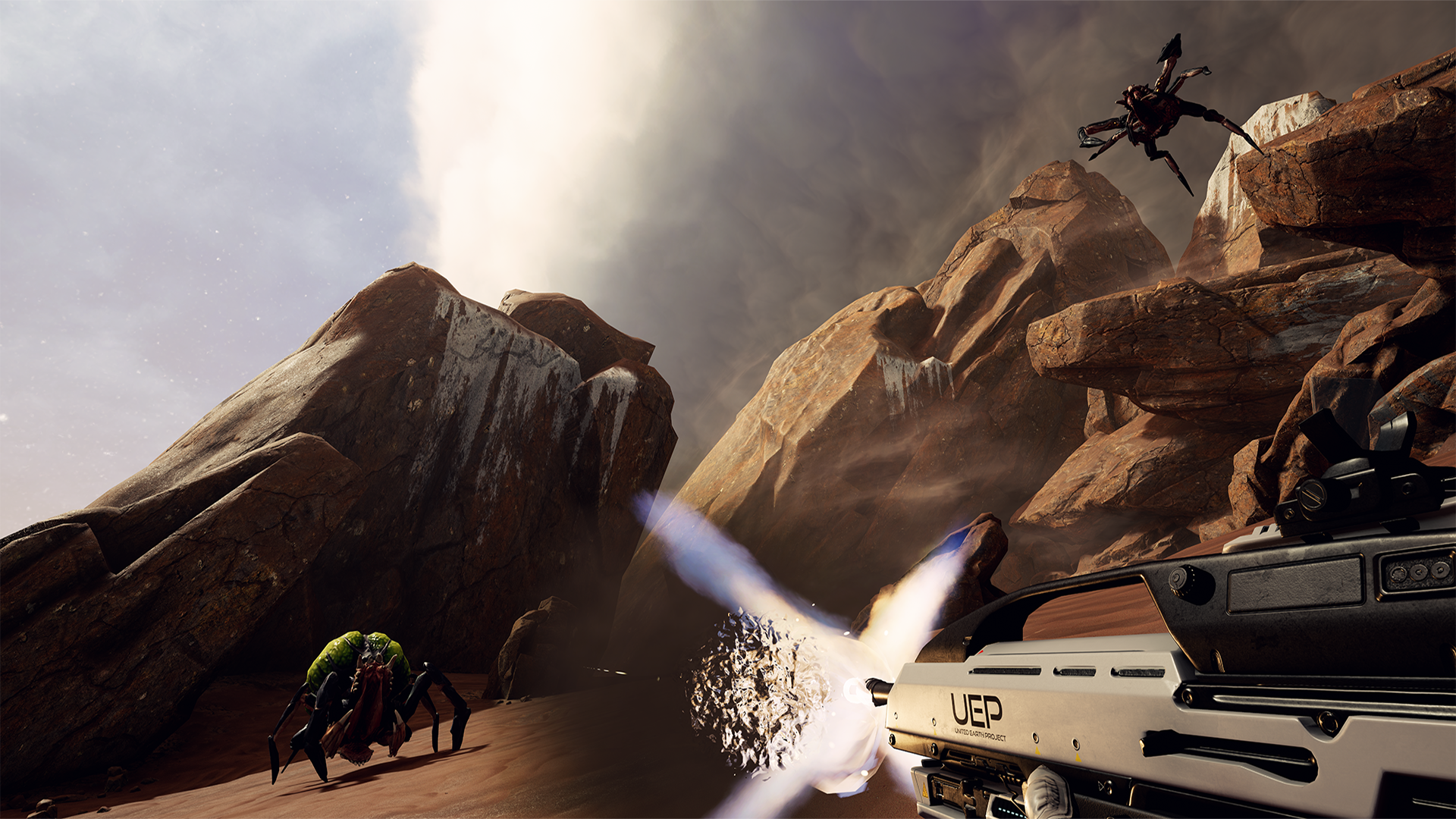 “In some of the cinematics you’re playing the role of another character, so someone will come up to you and interact with you as if you are right there, looking right into your eyes – it’s a way to really enhance immersion in a story. Having characters move into your personal space forces you to get involved in a way you may not get in other games.

“We worked with other developers on our facial scanning and animation to make sure the characters appear realistic. We also used advanced skin shaders and morph targets – all things that we needed to consider in order to make everything feel real – because the characters are getting so close and expressing these varied emotional states.” 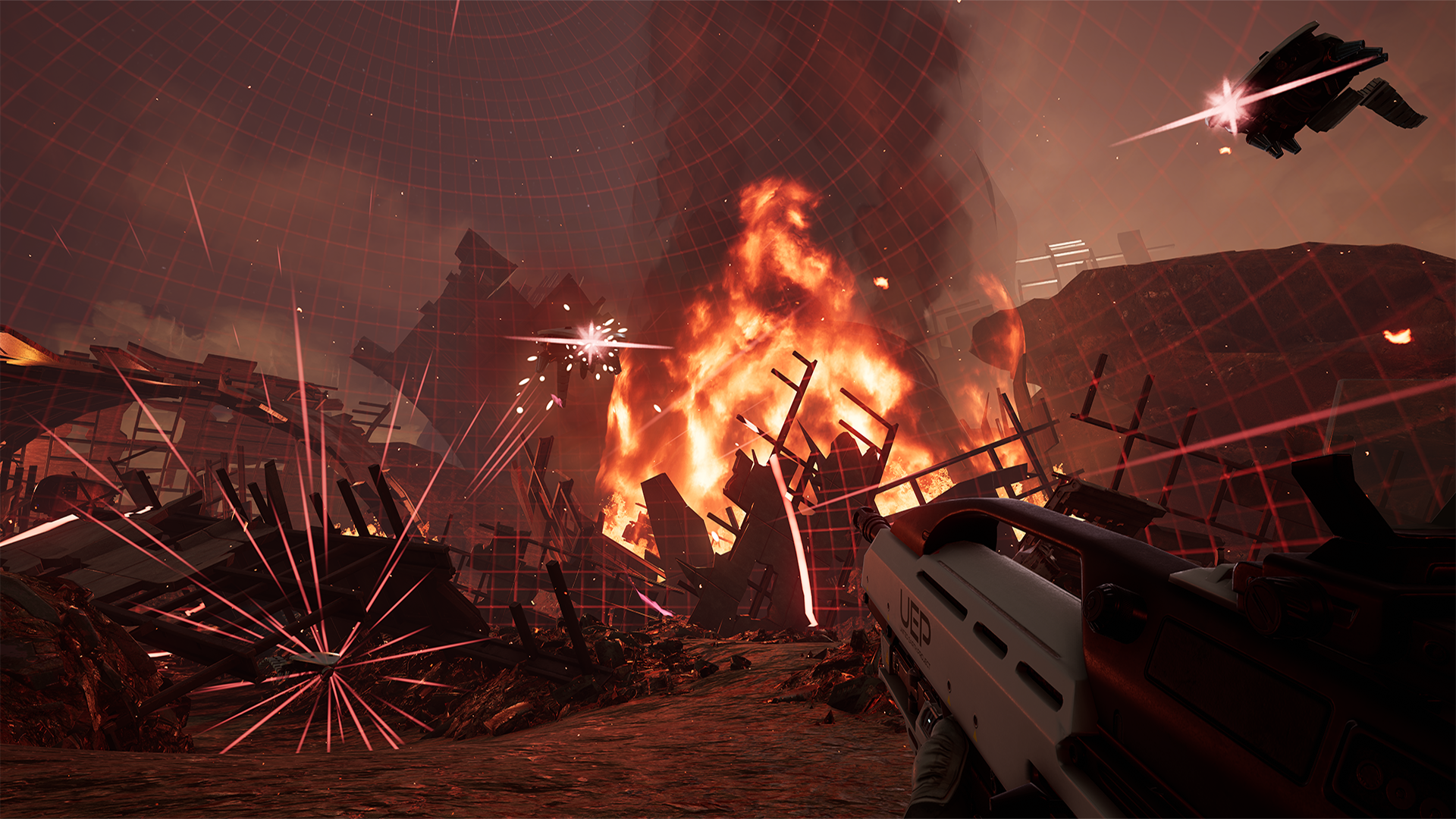 It’s fun to face off against a bloodthirsty horde of aliens when you have a friend by your side – and that’s exactly what Farpoint brings to you. Yes, there’s a traditional single player mode, but if you fancy blowing away slimy xenomorphs while a mate provides cover (or desperately screams for help over the microphone), Farpoint has four different maps which will put your trigger finger to the test.

“It was really important for us to ensure players would experience a challenge,” says Randy. “To do this, we added more enemies than you would usually get in the single player mode. Two co-op players fighting together with Aim controllers are extremely effective so all our co-op levels were custom created to offer an intense, challenging experience” 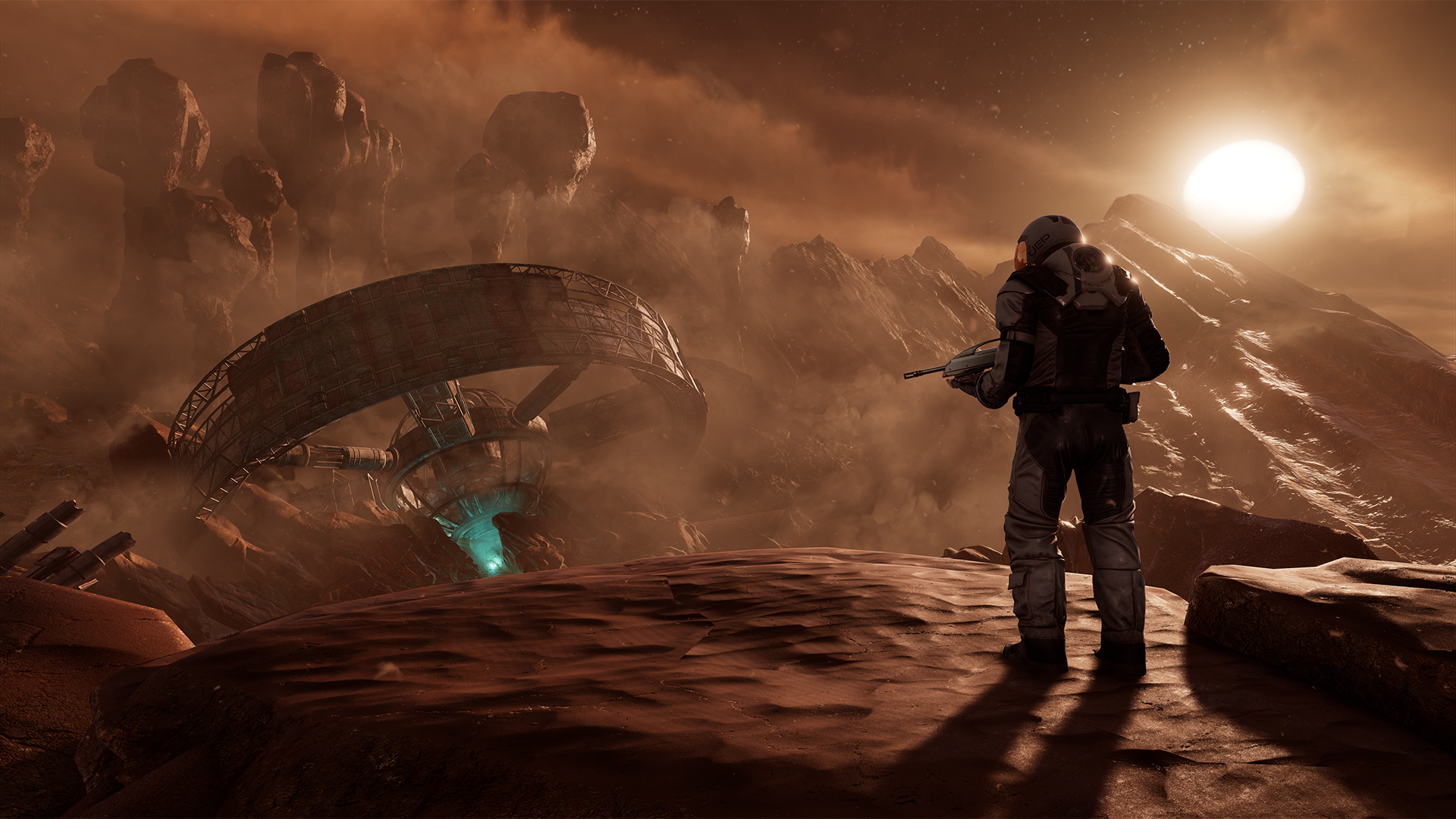 While Farpoint’s use of the PS VR aim controller makes it easy for anyone to grasp, it definitely packs a challenge for first-person shooter veterans.

“The difficulty is dynamic, so it changes depending on your ability,” reveals Randy. “We didn’t want new players to get frustrated but it was vital that we made things challenging enough for the experts. 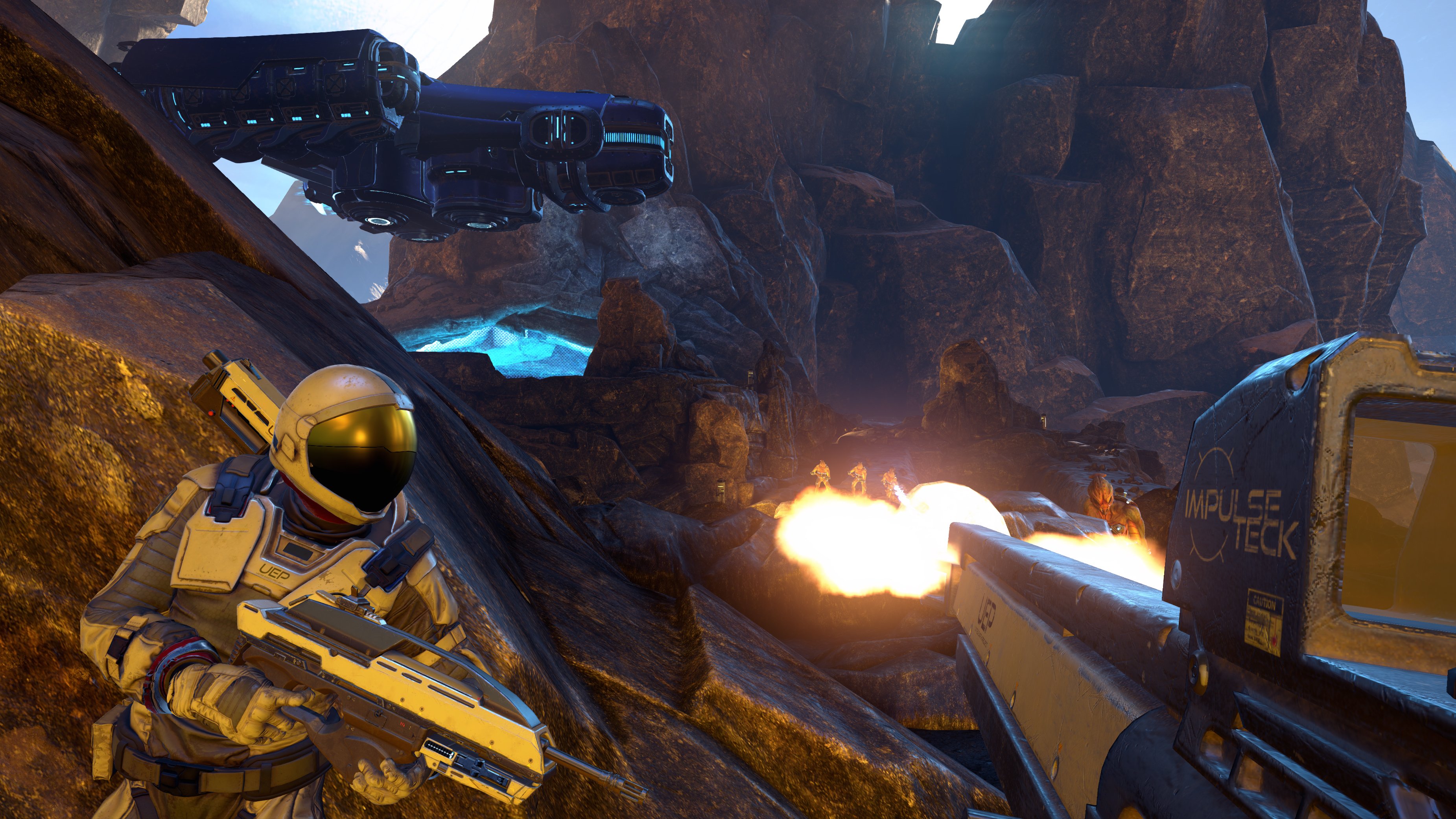 “There’s also an eight level Challenge mode where we’ve removed all the cinematics to increase the speed you engage with the levels, there are different and more frequent enemy encounters, and you have the added pressure of hitting time gates.

“To help balance that out, we let you choose your weapon and load-out with stuff you may not have gained at that point in the story mode. And for extra replayability, we’ve added a multiplier system which decreases when you take damage but increases when you kill enemies, so your score can change at any moment – and whatever you achieve goes up on the leaderboard to compare against other players around the world.” 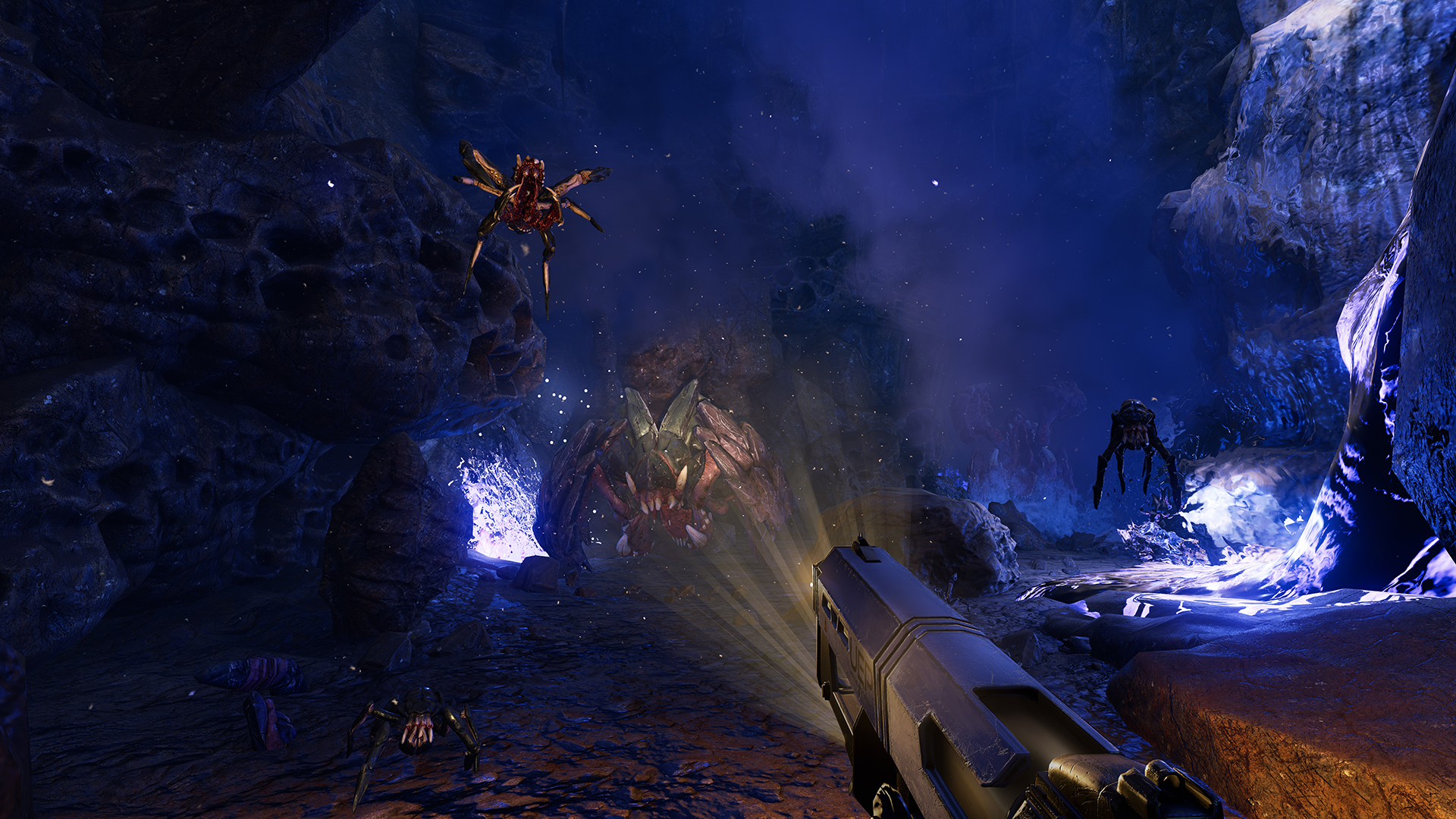 5. You get a full blast of the VR experience

Never underestimate the effect of virtual reality – especially when it comes to a first-person shooter.

“Virtual reality allows for really awesome moments in Farpoint, due to the physical nature of it. I saw this first-time player who was almost dead and his assault rifle had overheated. A jumping spider leapt towards his face and he reached at his back to switch his weapon to a shotgun at the last second and killed it, completing the level. 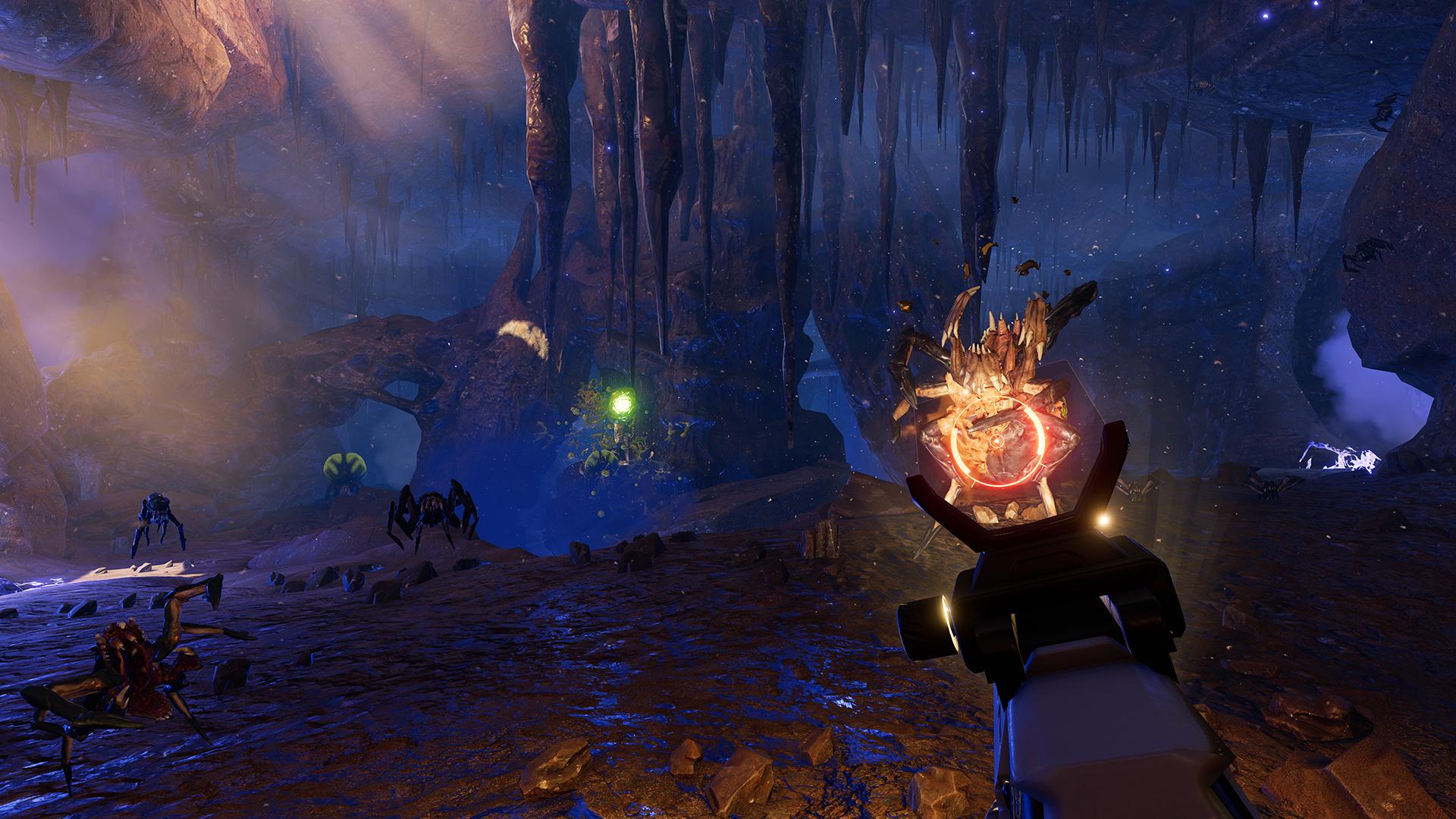 “Everything was calm for a moment and then he started whooping and raising the PS VR aim controller in the air in triumph! It’s amazing that the experience can do that, and our developers still have those sorts of moments even after working on the game for two and a half years.”

Would it be possible to buy the digital copy with the PS VR Aim in a bundle? For those of us not keen on discs… Please be keen on discs, when you buy something digital you own nothing, they can erase your account, there can be errors, one day they can even discontinue the Playstation Accounts, it’s all very much possible.
When you own a disc, its yours for life and you can even one day play them by emulation on a PC, think about it.

The game looks really good, holding the gun physically and playing in VR should be very immersive!

At the same time though, a disc can be broken /unusable, and a digital version can be played on several PS4, and you don’t need to change the disc to playa different game
! 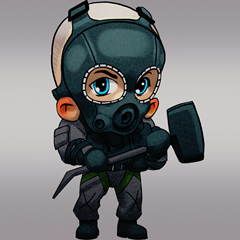 This looks great, hope it doesn’t get poor reviews!