5 things you should try in the opening hour of the free Prey demo, available today

In true Arkane fashion, the world of Prey is littered with world-building secrets and delights. With the ability to go anywhere on the Talos I research facility at any time (provided you can find a way to get there), you’ll be amply rewarded for paying attention to your surroundings and exploring everything.

You can also open up a host of options in the beginning of the game, but you have to be willing to do some hunting, and face off against the Typhon aliens as you make your way through Talos I. Here are five things to look out for while you’re playing through the Prey Demo: Opening Hour, available right now on PlayStation Store.

When you track down your very first Neuromod, you’ll have a few options. You could install some sweet hacker skills, allowing you to bypass security on doors, safes, and turrets. You could go with the Leverage skill and hoist heavy items out of your way (or use those heavy items as projectiles against enemies). 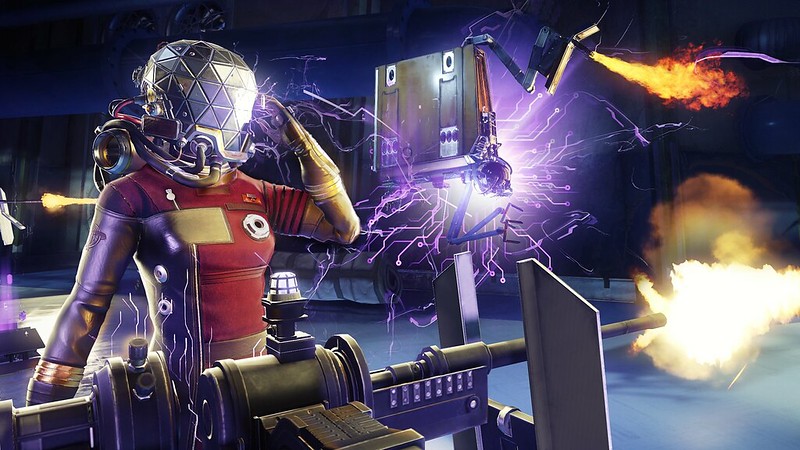 Or maybe you’re more interested in fixing rather than destroying. By installing the Repair ability, you can patch up busted turrets, grav lifts, and Operator bots to help you navigate the station. These are just a couple of the early abilities you’ll have access to in the demo.

“We want to encourage different play styles,” says Creative Director Raphael Colantonio. “If you really are the weapons guy then it’s possible to play through just using weapons and gadgets. You can fabricate ammo for yourself and just be that player. However, we also want to encourage players to be a little more indirect and explore with powers and different ways to solve problems.”

If you’re up for a little digging, you’ll be able to hack, wiggle, and GLOO your way into a few choice locations that wouldn’t necessarily be open to a casual player in the first hour of the game. From traveling through tight maintenance shafts to bypass security doors, to snooping through employee emails for the codes to various department doors, Talos I is your oyster.

Even without the ability to hack your way past security measures, you can use the GLOO Gun to create new pathways to higher levels. In the same lobby area where you get your first Neuromod, you can install the Repair ability to fix a nearby grav lift and access the second floor, or you can use your newly acquired GLOO Gun to create a makeshift pathway. Either way, you’ll want to head up to the second level and take a good look around. There are definitely some secrets to discover up there (including a fun new tool to experiment with). 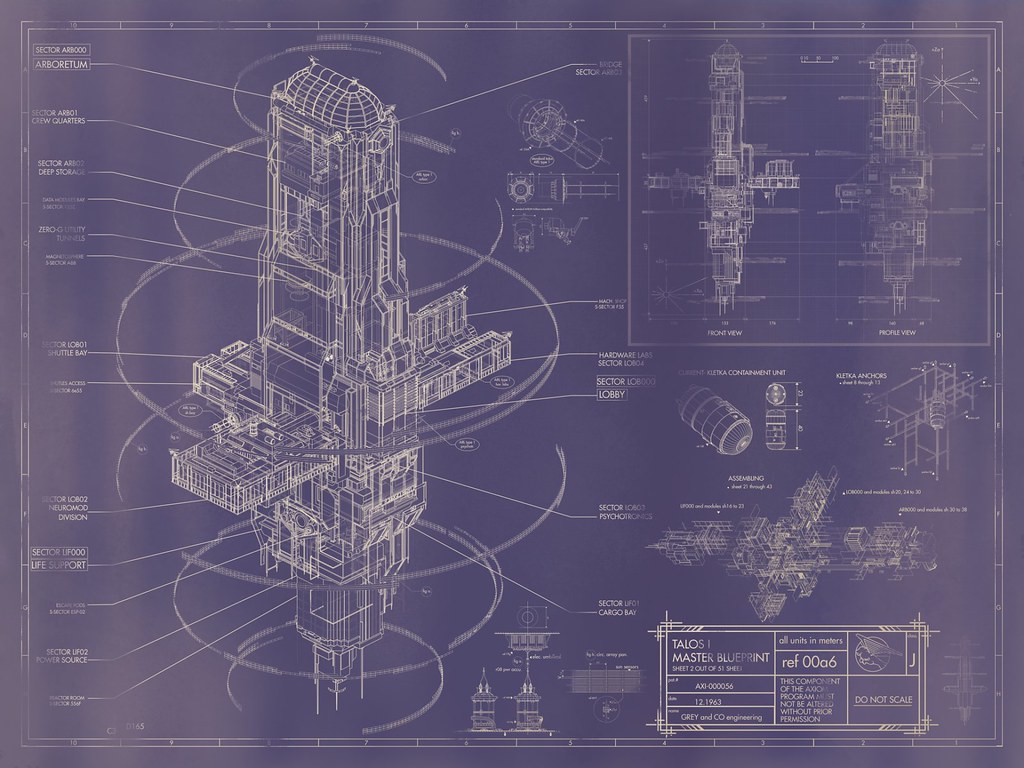 “One of our artists measured the station and it’s more than 700 meters long, so it’s this huge edifice floating in space,” says Lead Designer Ricardo Bare. “We didn’t want to fall into the trap that a lot of space stations do, where they feel cramped. There are some small corridors, sure, but we wanted some really open spaces for the players to feel a lot of freedom in movement.”

“There’s a whole world on Talos I,” adds Colantonio. “There’s are entire ecology. People live there. There are the labs and offices, but there are also recreation areas and natural parks on the station. We went pretty far into portraying the luxury of those mega-corporations, but through the lens of space.”

Games feel incomplete without a stellar soundtrack, and with incredible tracks by Prey’s Creative Director Raphael Colantonio and composer Mick Gordon (the mastermind behind DOOM’s award-winning soundtrack), the music of Prey sets the tone for the game immediately.

From the opening moments of when you awaken to the synth-wave beats of Colantonio’s “Mind Game” playing on the radio, to the menacing ambient arpeggiated riffs that accompany your tense exploration of the station, the diverse soundtrack creates the perfect atmosphere for this sci-fi psychological thriller.

In the beginning of Prey, you’re exploring Talos I immediately after chaos has taken hold. When the Typhon break containment, their takeover is swift. And you come in just hours later. You’ll learn about the events that transpired through employee TranScribe messages and emails, and you may even learn how to track down said employees.

Alex Yu. Patricia Varma. January. These are just a few of the people you’ll meet (and voices you’ll hear) in the first hour of Prey. There are many others still on Talos I, fighting to survive. Whether or not you choose to help them, ignore them, or even kill them is completely up to you.

“Occasionally you’ll find characters who know who you are when you run into them,” says Bare. “They know things about you that Morgan can’t remember, and they can fill in some of those gaps for you. They play a prominent role in the story, and the overall evolution of the world. When you run into these characters, how you treat them, how you deal with them, has consequences that ripple through the game, and have a big effect on the ending. You could technically kill anyone you meet in the game. If they’re in the same room as you, they are killable.” 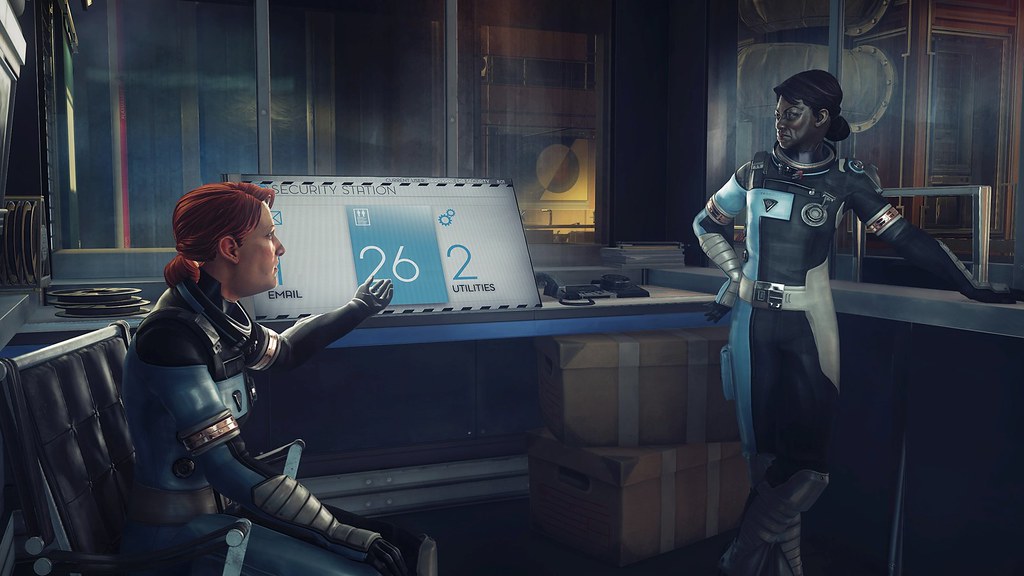 Of course, Talos I is a character as well. In fact, it’s up there with Morgan in terms of main characters.

“It’s fair to say we put as much or more thought into the station itself as we did any of the main characters,” Bare explains. “The space station has a rich history. It has a birthday and a lifespan.”

5. Fight the invasion, save the world

The hunt is on aboard Talos I. Typhon stalk the halls, constantly multiplying and growing stronger. From the sneaky Mimics, which can take the form of innocuous items on the station, to the massive and terrifying Nightmare, there aren’t a lot of places on Talos I where you’ll be safe. You’ll need to get creative and save up your resources if you’re going to save the world.

“It’s up to you as the player to figure out: How did I get here? What’s going on? How do I survive? And how do I get off this space station?” Bare says. “You’ll need to use your wits, the tools that you can scrounge, the weapons that you can find, and ultimately the powers that you acquire.” 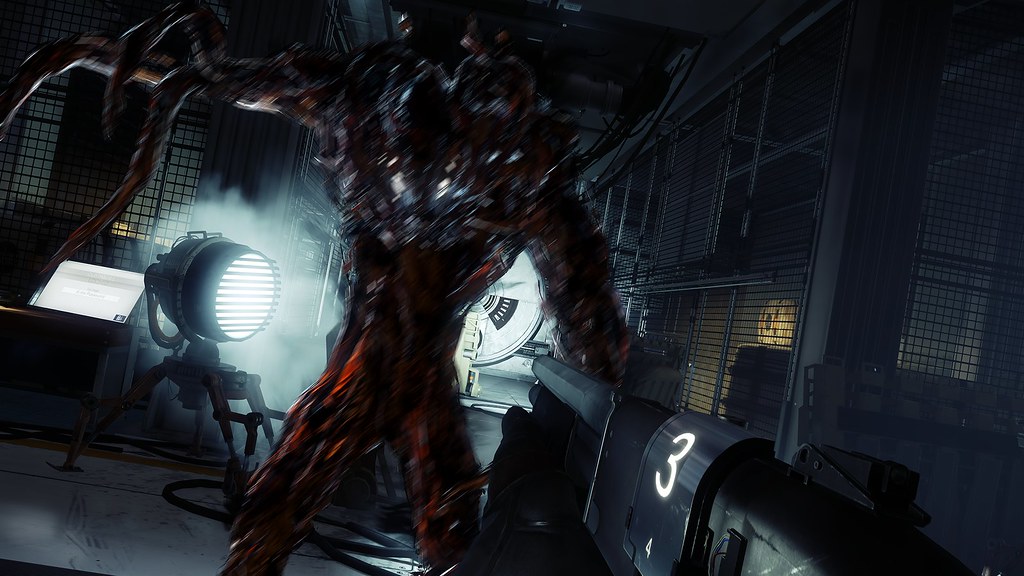 You may start off with just a wrench and a will to survive, but with a little time (and a lot of dead Typhon) you’ll eventually become a powerhouse of your own design. Whether you choose to go full-throttle with crazy alien-based powers, or you put all your stock into building up your skills with weapons and the many tools you find on the station, you’ll be humanity’s last hope in the face of annihilation.

Because if even a single Typhon makes its way to Earth, it’s over.

So is this a 60 min time limited demo or is it just the first area which happens to take about 1 hour? :) 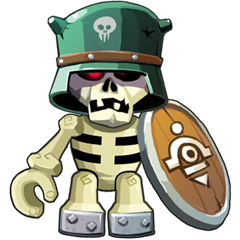 It just prompts you to buy after 1 hour, you can play as long as you like. Ive got about 4 hours in it, finding every thing i can and glitching through doors :)

My initial reactions were pretty much, “this is really cool”. Seems to be a leap forward in gameplay, hinted at in the system/skill trees of previous gen/Dishonoured. It felt like, yea this is a real evolution in videogames. A great idea executed really, really well with the potential for being a truly memorable game. There genuinely is a lot of freedom of approach that really hadn’t been fully realised in gaming before imo but seems to really be happening here.

The intro was, again, really cool & then when the game actually starts it was so cool. & then the Gloo gun was so cool! It was just a lot of fun, made me smile a whole lot.

The music tho I found totally overwhelming. It was great don’t get me wrong, it’s just the intensity of it I found a little distracting, like can I really stay at that level for an entire game?

I really liked the atmosphere, the music and the overall style. But unfortunately I cannot stand the monster design and the fighting feels clumsy. Also, the demo crashed (freeze) after playing for approx. 70 minutes.

The trailers made me think I was gonna love it but the demo seems a little too horror-oriented for my taste. Seems like an interesting story though. Maybe I’ll get it later on sale or something. 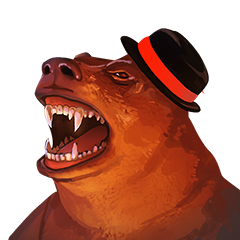 Just finished the demo, very much enjoyed it and I really think that this will be an excellent game.

However there is one major issue that will prevent me from purchasing Prey…the god awful input lag on controls. This has to be addressed before launch as it really just makes the game feel clunky and unresponsive, Dishonored 2 had the exact same issue so please do not ship Prey with the same issue! 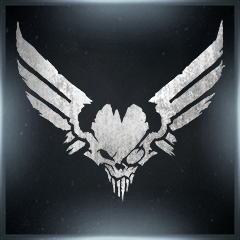 I enjoyed my time with the demo. Think I am going to hold off purchase until I see some reviews though. The setup/story seems intruiging, if somewhat formulaic, but the controls and combat were a bit frustrating. As mentioned above there was small, but perceptable lag. Also, control of computers and pads is a chore and melee combat against small, fast moving enemies is just an exercise in annoyance. 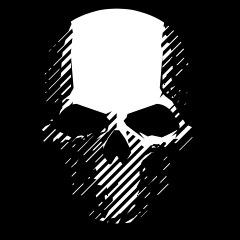