Overwatch started with an ending. In spring 2013 came the collapse of six years’ work from a huge team of developers at Blizzard Entertainment. Titan, a first person massively multiplayer shooter that was intended to spearhead Blizzard’s future, was cancelled, sending its 140 artists, designers, programmers and engineers reeling.

“As a creative person you pour your heart and soul into what you do, and you believe that this is your life’s calling,” says Jeff Kaplan, director of Overwatch and a member of Titan’s development team.

“To have that go away one day is very difficult, very psychologically and emotionally jarring. It also makes you question your career. Is that it? Do I not know how to make games any more? I would describe it as one of the most creatively devastating things that could happen to anybody.”

Overwatch starts with a rebirth.

The game’s loose plot follows the resurgence of Overwatch, an organisation that once protected the world from an uprising of robots but disbanded after the death of two of its founders. But now it’s returning to put the world right once again. 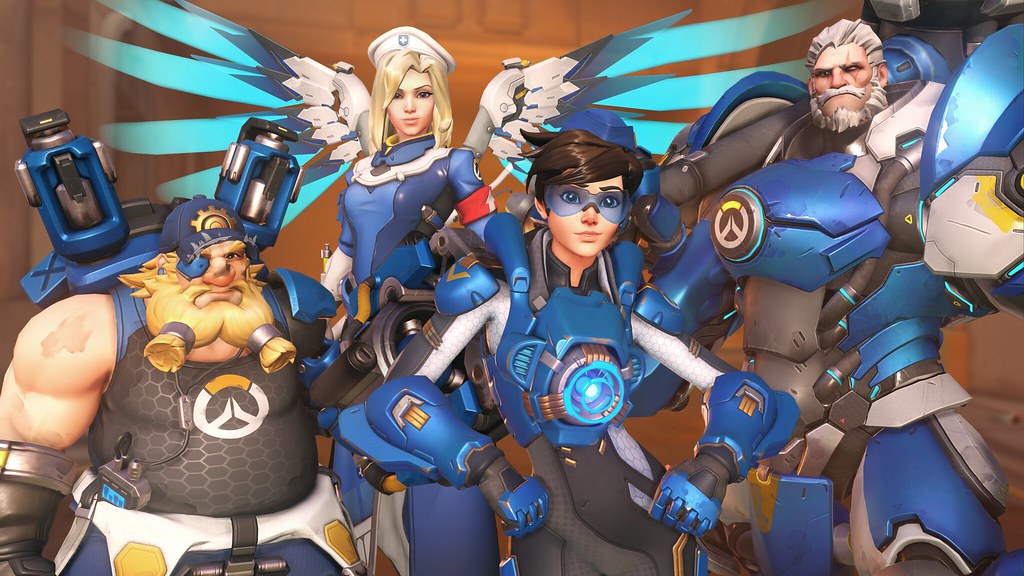 That storyline is a mirror of the experience of the team who made it. With its demise, Titan’s development team was split up. 80 were sent to work in other projects at Blizzard, and the rest were given a do-or-die challenge: six weeks to conceive a new game to produce. If they failed, they’d be disbanded, too. “There was an intense amount of pressure on us,” says Kaplan, who set a plan to sketch out three games, giving two weeks to each one.

The first idea was an MMO that was set in a Blizzard universe. The second was an MMO set in a new universe. And the third – well, here’s where the wheels fell off the scheme a little.

A game of many classes

During a meeting for the second concept about how its character classes might work, designer Geoff Goodman wondered whether, instead of having six classes with lots of different abilities, what if there was a game with dozens of classes with far fewer abilities?

“I came out of that meeting thinking to myself, ‘Wow, that’s a killer idea,’ but it’s really hard to make work in an MMO,” says Kaplan. But he looked at the concept art that artist Arnold Tsang had produced for Titan and thought about the way the team worked, and a game began to emerge.

It wasn’t an MMO, exactly, but as he imagined abilities for Tsang’s characters and started piecing together a presentation of the concept, members of the team started becoming curious about what he was up to. “Our producer, Ray Gresko, was looking over my shoulder and said, ‘You have to show this to Metzen’.”

Chris Metzen was at the time Blizzard’s overall creative director. “He lit up to the idea that they were no longer classes but heroes, characters, people,” says Kaplan. “It wasn’t ‘the sniper’ it’s now Widowmaker, and she’s a cold-blooded killer turned by Talon who used her to assassinate her husband. That was a way cooler story than just, hey, it’s the sniper, pick what nose you want and if you want the long or the short hair. It was a character, a human being. So Chris instantly said, ‘Yes! This is what we should do.'”

By the end of that same day, the team had come up with 48 hero ideas, using more of Tsang’s art as well as pictures found on the internet. But though it would definitely be a shooter, its exact form wasn’t set. Some wanted it to be thirdperson, all the better for showing off character art.

“But I kind of put my foot down for FPS,” says Kaplan. “I feel that the purity in an FPS is unrivalled in terms of how good the shooting feels versus a thirdperson shooter.” 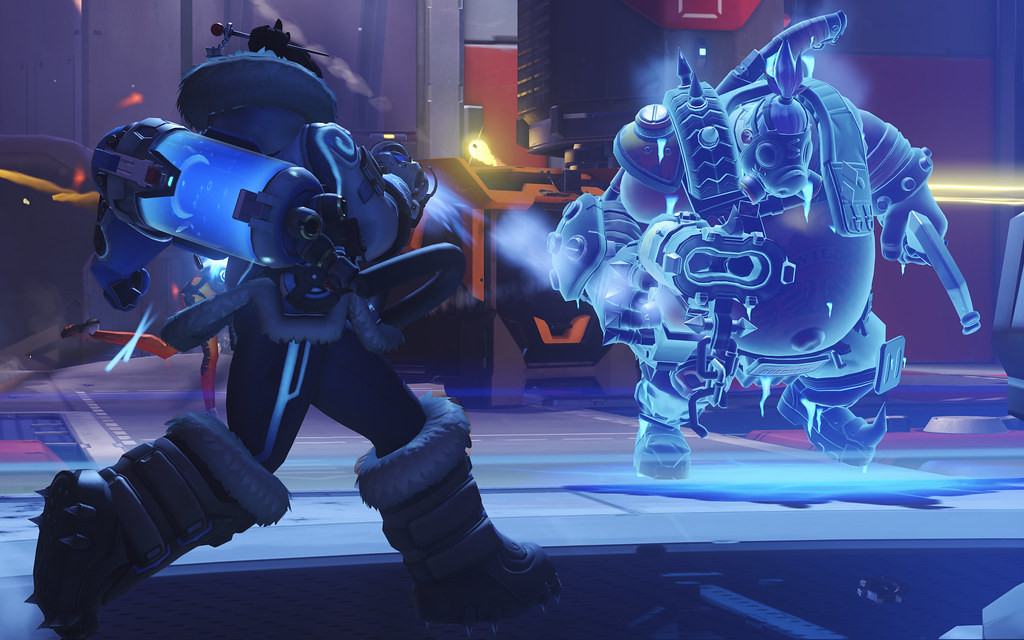 The challenge of pushing the characters to the fore was down to designer Jeremy Craig. He came up with the way they’d take starring roles in the menus, how they’d take victory poses in the end of round screens, and with the Play of the Game, which would emphasise their abilities.

“From an interface standpoint it would’ve been easier for us to just do a grid of heroes; it would’ve been easier navigation and from a technical standpoint we wouldn’t have had to load all the character models,” says Kaplan. “But Jeremy was just so savvy that we are an FPS and to get the players to identify with the characters you have to make them larger than life.”

The key to designing those characters was in emphasising the contrasts between them. Their silhouettes, colour palettes and animation would help players tell between them in the thick of battle, while their backstories, voice lines and divergent personalities (edgy Reaper, bouncy Tracer) would help players remember them and form favourites. 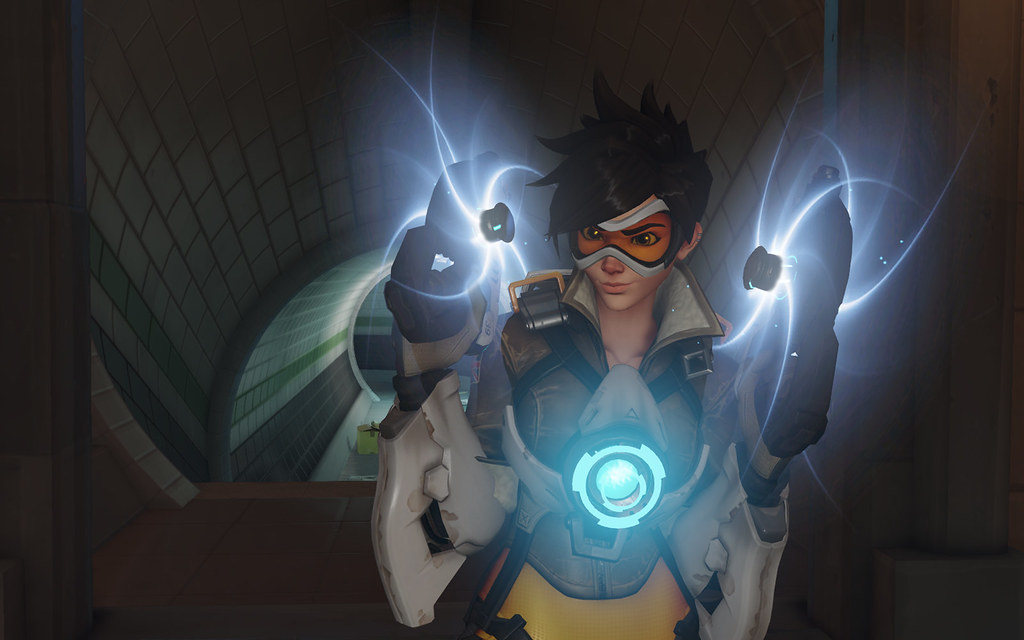 Actor Cara Theobold provided the English language voice for Tracer, developing its peppy tone with Blizzard before she saw what Tracer would actually look like. When she finally had a chance to see the character she’d been developing, she says, “It really made sense, especially the way she moves, how bouncy she is and quick, and the twinkle in her eye.”

But the differences between the heroes had to be deeper than just visual, and extend right into their abilities. “When we were early in beta everybody kept saying, ‘Every character should have sprint’. And we felt like, if every character had sprint then that’s one less ability they can have. You can’t do D.Va’s Boosters if she has sprint. That’s not cool any more. Soldier 76 has sprint because it’s his core thing.”

The result was diversity, a set of playstyles that a wide variety of different players could enjoy. And with diversity came a more expansive view of the world than most games, featuring a balance of male and female characters who come from all over the world.

“Jeremy Craig helped with the initial pitch and he took a bunch of Arnold’s concepts and put names to all of them, and started putting country flags next to them,” says Kaplan. So there’s Symmetra from India, Roadhog from Australia, Pharah from Egypt, Sombra from Mexico.

That diversity is also reflected in Overwatch’s maps, which visit places uncustomary to games, such as a Nigerian utopian city, a Greek island, and the top of a Chinese skyscraper. And though players only experience Overwatch’s world through those maps and its heroes, their variety creates a feeling that potentially anywhere – and anyone – can be part of it. 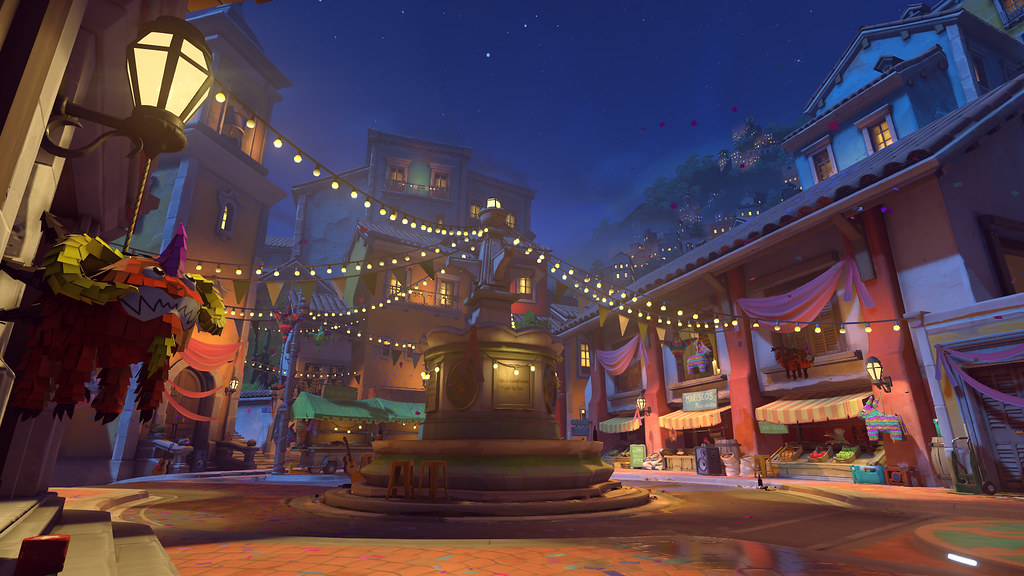 Blizzard has taken advantage of the space inside that variety by giving its heroes extra depth through their animation and voice lines. Bucking convention for FPS heroes, Mei is unsure, Soldier 76 is tired, D.Va is cocky. And for those who care to follow their stories, Tracer has been revealed to be gay and Symmetra is autistic.

It means that there’s a hero pretty much anyone can relate to. “I really like how Symmetra is autistic, I really do,” wrote XeernOfTheLight, a poster on Reddit. “I think there should be more of it in games. This isn’t a representation thing, I don’t feel like autism should be represented in every game, it doesn’t fit. But I like the fact it’s represented in a game with these heroic characters that people rely on.”

From MMO to FPS

The game had to be a fun FPS first, though. Though it was from a studio known for MMOs and strategy games, the Overwatch team had developed and hone their expertise in building shooters on Titan, which was also an FPS.

“One of the first things we did to get the level design right in Overwatch was really focusing on engagement distance,” says Kaplan. Overwatch’s two principal level designers, Aaron Keller and Dave Adams, understood the relationships between the camera’s field of view and its height and movement speed, and how even changing the art can psychologically affect how fast players think they’re moving. Knowing how important they are, they nailed these crucial details down early.

It also helped that since Blizzard is part of Activision Blizzard, it had the help of Call of Duty’s developers, Treyarch and Infinity Ward, to help them produce a shooter for DualShock 4. “We asked them, in Black Ops, how did you do this, how did you get this to feel so good, and they answered them all and showed what they do in code,” says Kaplan.

Overwatch looked confident from its first reveal. Any game that’s going to introduce itself to the world with trailer featuring a talking gorilla from the moon has a certain degree of swagger.

But had the right to be so confident. Overwatch immediately began attracting players who don’t necessarily even tend to play FPS games. One is Desterix_452, who was the first player on PS4 to reach Overwatch’s maximum level and remains its highest level player today. “I never really played an FPS game before,” he says, preferring open world games like Borderlands 2 and Gravity Rush 2. “But I stumbled across Overwatch and took a liking to the character mechanics.” His favourite is Lúcio, because he’s versatile but focuses on support.

For Cara Theobold, the popularity of the game she’d been working on came as a surprise, too, especially when she attended to Blizzcon in 2016. “I knew the game was popular, but I didn’t quite understand its reach. I saw loads of cosplayers of Tracer and two giant statues of her, and I was like, OK!”

Overwatch went on to win Game of the Year at both the 2017 DICE Awards and Game Developers’ Choice Awards. It has a rare sense of self-assurance, one that carries no sense that it ever rose from rubble of a failure.

But Kaplan’s still mindful of that past. “When I think in hindsight about what happened to my team members who went through that and then persevered with Overwatch, I’m extremely proud.”

Love this game. Haven’t played an FPS so much since MW2. Hopefully I get the new Mei and Dva skins soon because my luck with loot boxes has been abysmal these past couple of events 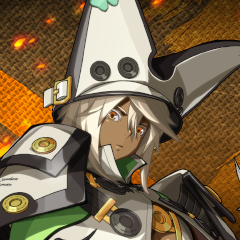 Its probably the only FPS game I can play, that has both no motion-sickness graphics and something that sets him apart from the 9000 FPS clones out there that are all about aim&shoot.

That was a great read! Thanks for taking the time to write it up.