Hey everyone! My name is Bryan Intihar and I’m the Creative Director at Insomniac Games working on Spider-Man. It’s been a while since we last showed the game, but today at the PlayStation Media Showcase we unveiled our first gameplay demo, and revealed that the game will arrive on PlayStation 4 consoles in 2018. 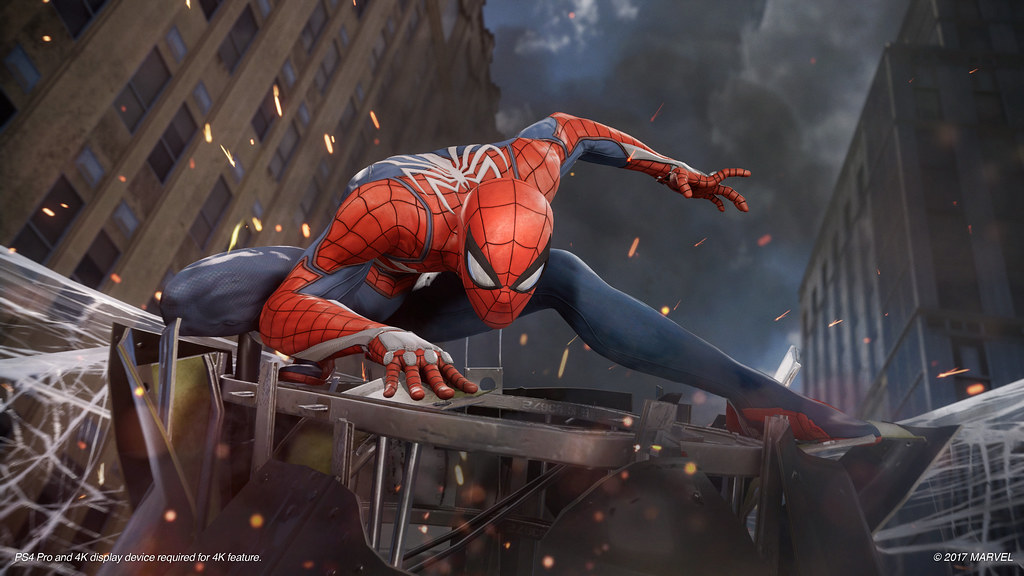 Working with Marvel has been a lifelong dream come true for me. You may remember this story from my blog last year, about the time when I first heard we had the opportunity to make this game, and I rushed into Insomniac CEO Ted Price’s office and told him “we have to do this!” 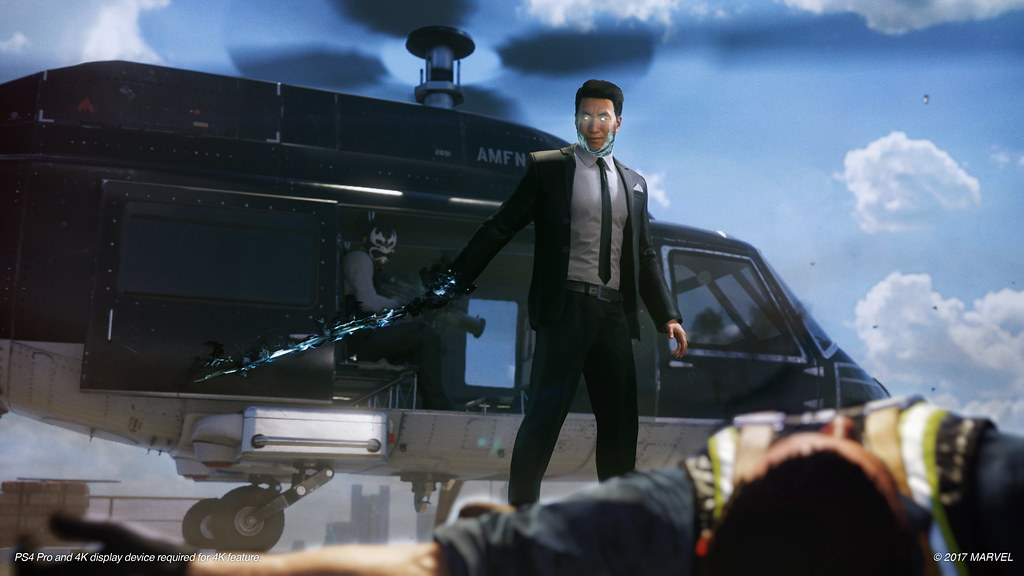 It’s been an amazing ride ever since, working with our longtime partners at Sony Interactive Entertainment and our new collaborators at Marvel.

What we’ve created is our own new contribution to the Spider-Man universe that mixes the familiar with the unexpected. We are super passionate about creating a compelling, completely original Spider-Man that fans have never experienced before. 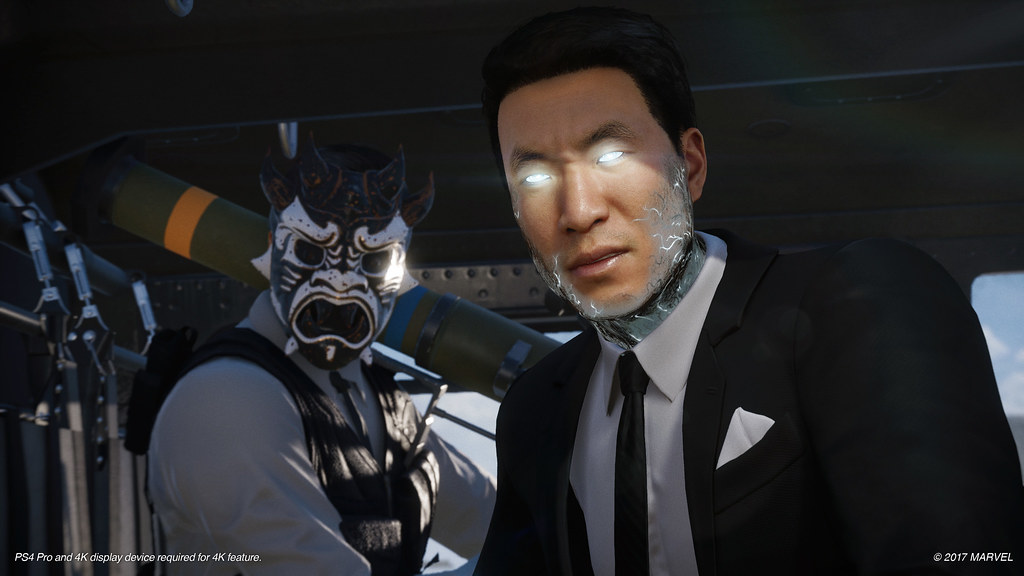 This isn’t a retelling of his origin story; our Spider-Man features a 23-year-old Peter Parker who has become a masterful Spider-Man. While he may be more experienced, Peter and Spider-Man’s worlds continue to collide as he tries to juggle them.

In the real-time gameplay demo we released (and will be playing live in a theater in the PlayStation Booth at E3), Spider-Man has arrived at a construction site owned by Wilson Fisk (a.k.a. the Kingpin). 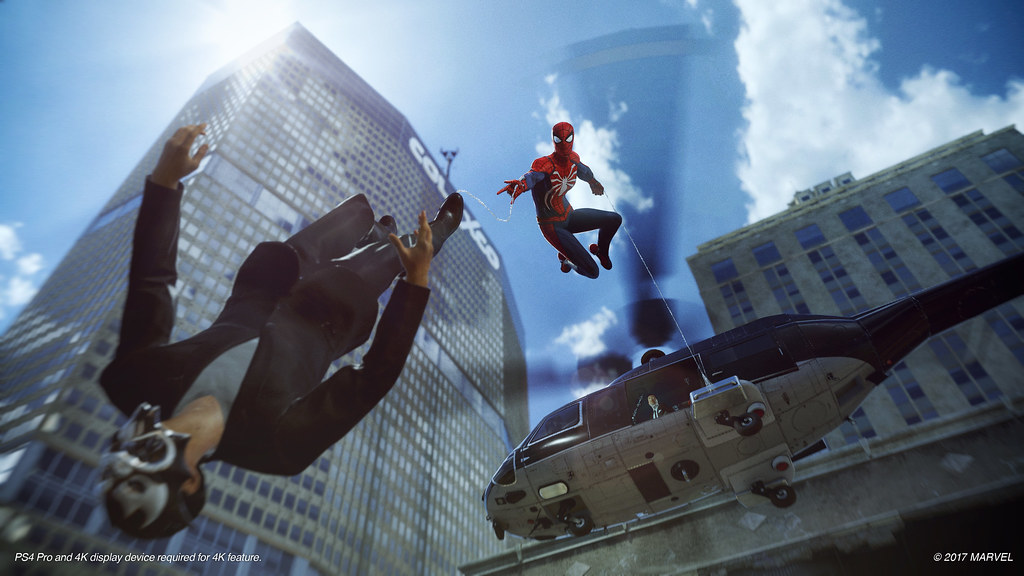 Fisk’s men are under assault by a gang known as the Inner Demons, and Spider-Man has to stop the bloodshed. In the process, he learns that Martin Li, one of the city’s most prominent philanthropists, secretly leads the Inner Demons via his alter-ego, Mr. Negative.

Martin Li runs the F.E.A.S.T. shelters all across town which only further complicates things for Peter Parker’s personal life, as his beloved Aunt May works at F.E.A.S.T.

During the demo, you’ll see a sampling of Spider-Man’s more powerful improvisational and acrobatic combat style. He’s honed his skills and he’s stronger and more confident in combat. Dodging, using webs, and aerial combat are all second nature.

You may also notice the usage of Web Trip Wire and impact webs. After spending eight years fighting crime in the city, Parker’s genius in the lab and workshop has led to the creation of many new gadgets and devices that he can use as Spider-Man during the course of the game.

We’ve taken great care when developing a beautiful Manhattan for players to explore. Getting the web swinging right was absolutely imperative to us, and we’ve spent a lot of time on that (yes, webs do attach to buildings).

But you’ll also notice Spider-Man has a whole other suite of traversal moves, including using parkour-style moves to overcome any part of the environment with effortless skill.

Our Spider-Man is also about those BIG moments that punctuate the story, and you’ll see one of those in the demo as Spider-Man tackles the challenge of chasing Mr. Negative while also protecting the citizens of New York.

We couldn’t be more excited to be bringing Spider-Man to life on PlayStation 4 in 2018. To keep up with all the latest, be sure to follow Insomniac Games on Twitter, Instagram or Facebook. Or join the conversation on our sub-Reddit or Discord channels! 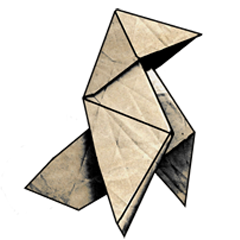 Just a heads up, please don’t post what looks like 60fps gifts if the game isn’t 60fps. Just saying =)

Don’t be lying now. I just checked them and they are 100fps lol.

Not a massive fan of Spiderman or anything other than Batman, but I’m getting this just because it’s from Insomniac Games. Love their fun open worlds and combat and this looks no different.

So Spiderman meets Arkham City…? I am entirely OK with this. I like it is an original story too rather than doing the whole origin story thing again.

Looks great at the moment so can’t wait for when it comes out next year!

Looks like a lot of fun ACTUAL FUN (unlike the Arkham games it appears to take some influence from as well as past Spidey games). Also looks so far pleasingly Iron Man-free unlike that silly new movie that I’m so glad this game is not based on. :D

I am really looking forward to this game next year!!!!

So bit of a plot twist theory there at the end but does Mister Negative make Spidey a villain there and so we will actually be playing as the second Spider-man Miles shown in the aftermath?

My take on seeing Miles: The dudes on the stream did say that Spiderman was a bit older and a bit wiser so I’m going to assume that this might actually follow comic cannon and Peter(Sorry if I spoiled but Peter Parker is Spidey) kinda guides Miles into becoming another Totem of the Spider. So that Miles doesn’t need to fumble as much in the dark as Peter did or the other Spider Totems for that matter. Btw yall gotta read the Inheritors arc. So damn good 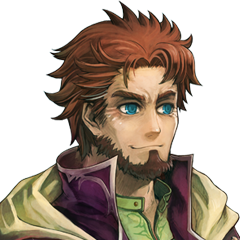