The story of Detroit: Become Human, Quantic Dream’s upcoming PS4 neo-noir thriller, centres around three androids, built with the sole purpose to serve out their programmed function in the titular city in the near-future of 2038.

As with the studio’s previous works, Heavy Rain and Beyond: Two Souls, the game will alternate between the trio, with the player dictating their every move and choice in an ever-expanding, ever- branching narrative.

In Los Angeles for E3 to reveal the third of that trio – potential revolutionary Markus, who’s reveal trailer and demo focus on him ‘awakening’ his brethren – director David Cage sits down with me to discuss the facts behind his studio’s fiction. I’m here to find out what informed Quantic Dream’s vision of the future android.

In Detroit: Become Human, androids are as ubiquitous and interchangeable as the modern day smartphone. And like today’s essential gadget, androids are a mobile device built to simplify the everyday for its owner, and humanity as a whole.

“Each time we could replace a human with a machine, we imagine mankind did it,” Cage says simply. “They do whatever you need them to do.”

The creator is keen to emphasise how much of the creative thinking behind Detroit’s near-future is based out of what’s happening in modern laboratories and read in today’s research papers. Quantic Dream has just skipped forward a few chapters to answer not ‘if’, but ‘when’ theoretical speculation turns into concrete reality.

And while you may not see underneath their skin and muscle, the studio had to become both creator and surgeon to know what makes its creations tick.

“I was interested in giving them some kind of biological reality,” elaborates Cage. “What made them possible was the combination of two new technologies. One is what we call bio-components, internal modules that work like organs. The other is the energy generated by those is transported across the body by blue blood.” 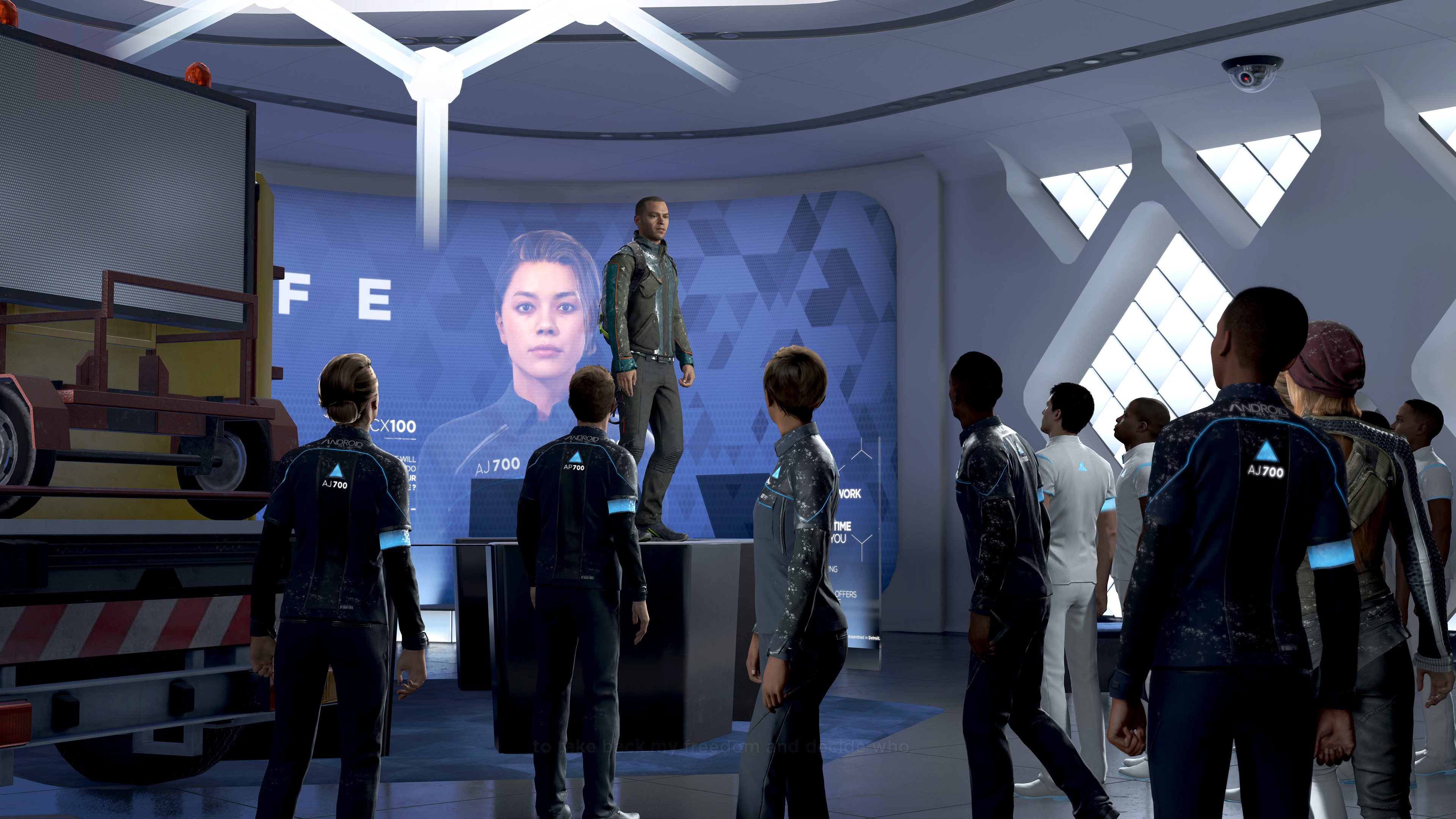 In-fiction, manufacturing company CyberLife works hard to blend androids in with the population, assuring its customer base by making its products as human as possible. Hence the visual touch to make sure each android’s function is reflected in its design.

Cage points to the ability to hire “an android grandmother to look after your kids. She was designed to look like a grandmother, look motherly and protective.” And even the likes of manual labourers’ strength is dialled back to more closely mimic the muscle capabilities of their human bosses. “Why give superpowers to a teacher or to a nurse? It doesn’t make any sense,” says the director. So don’t expect Super Gran as part of the package.

A smaller, but critical detail is in the eyes. The windows of the soul, as they say, in which we can read what’s going on behind them. But with today’s androids, that canvas is blank. 2038’s versions however…

“We thought that Cyberlife would create androids with living eyes. It is micro-movements, because your real eyes are never still; they always move ever so slightly. It’s very discreet. You don’t really see it, but you feel it. And we thought [Detroit’s] androids would be that way.”

They might be better at emulating life and offer more functionality than today’s models, but CyberLife’s creations are still considered little more than two-legged versions of the handheld device you may be reading this on right now. 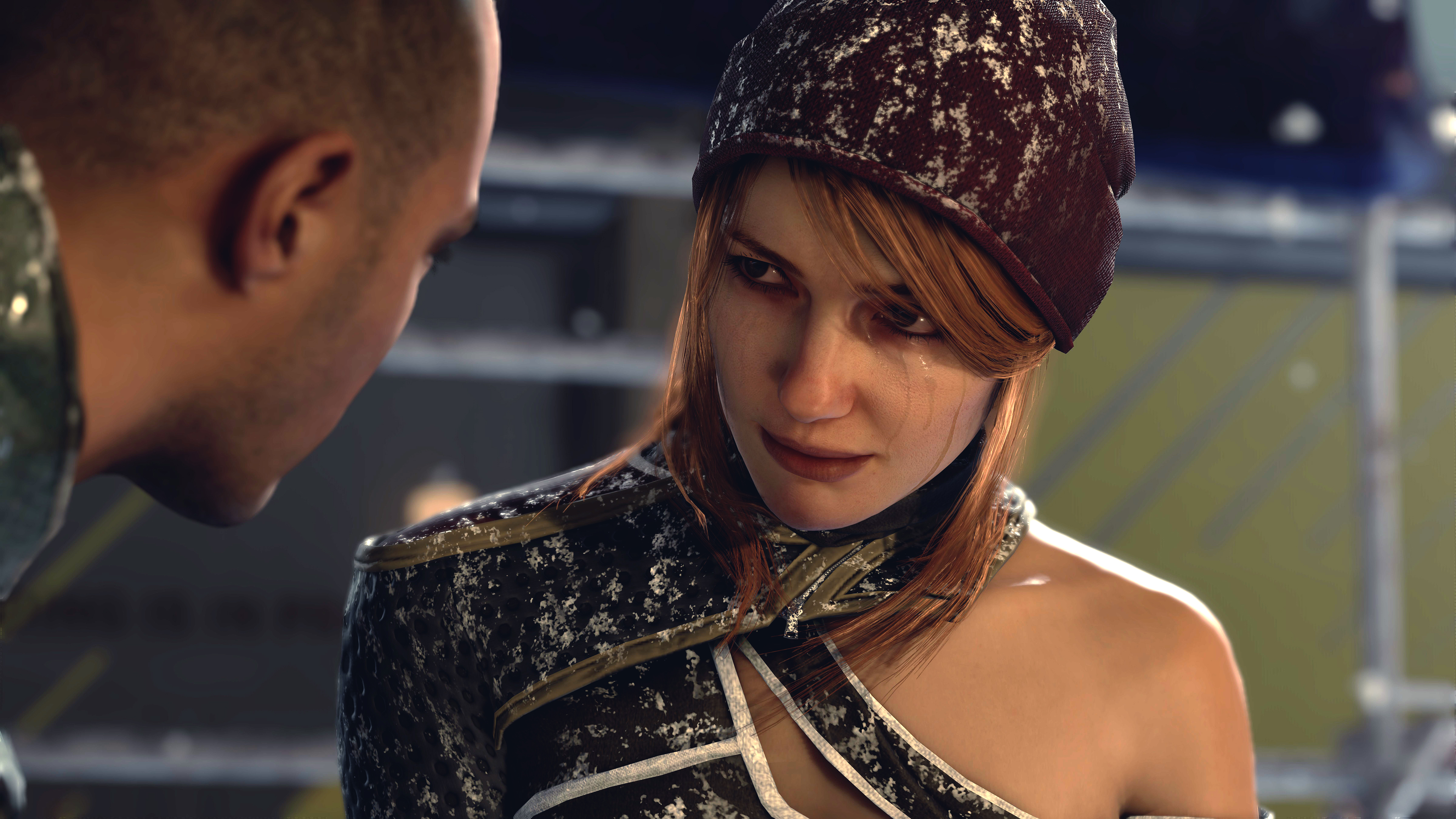 Cage outlines a two year process by 20 people, iterating on what the androids would wear. Customisation that’d be an analogue for their smartphone status.

“We really struggled to know what clothes they should wear and one of the parallels we make is with phones today.

“We can buy different phones of different colours and different sizes, and at the same time we can customise them. So we just imagined you would buy a simple version at the store, but you could buy extra clothes to make them look the way you wanted them to look.”

And akin to when you walk into any phone shop today, there are different models to suit different price ranges. But ultimately you’ll be enslaved to the perpetual consumerism cycle that funds a lot of today’s society: there’s always a newer, better version.

“ultimately you’ll be enslaved to the perpetual consumerism cycle that funds a lot of today’s society: there’s always a newer, better version.”

That reminds me – will this game have Pro support?

Bravo – I actually snorted with laughter

This game is completely missing the point of what artificial intelligence is about. Angry robots? Seriously? David Cage should have lifted a page or two from Mamoru Oshii’s sci-fi works.

I’ve enjoyed playing Heavy Rain and Beyond: Two Souls, so I am looking forward to the next Detroit: Become Human trailer with the UK release date at the end. 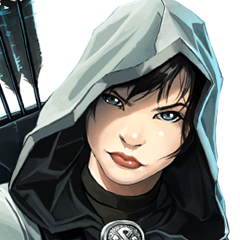 Is it true what I’m hearing since E3? That it’s going to be rebelling androids, humans vs robots theme? Please, no more battles or war themes, it’s so very, very overused. Peaceful co-existence would feel so much more refreshing. For example finding a dangerous plot or a detective type story with twists.

Excited for this, love DC’s other work