Uncharted: The Lost Legacy plots a bold new course for the time-tested Uncharted formula. Last week I went hands-on with a sequence set in India’s Western Ghats region. The freewheeling, open-ended structure may represent the series’ biggest gameplay evolution since the introduction of multiplayer way back in Uncharted 2: Among Thieves.

Though you’ll surely hear comparisons to Uncharted 4’s wide-open Madagascar sequence, The Lost Legacy’s wide open spaces are far more interesting to explore, whether by 4X4 or on foot.

It’s more than just a larger scope. It’s the attention to detail, the sense of place and the feeling of three-dimensionality. Jutting rock formations and bridges crisscross the lush landscape, begging to be reached and explored. Shrines and fortresses dot the region, each offering combat challenges and narrative moments that further the relationship between unlikely partners Chloe Frazer and Nadine Ross. 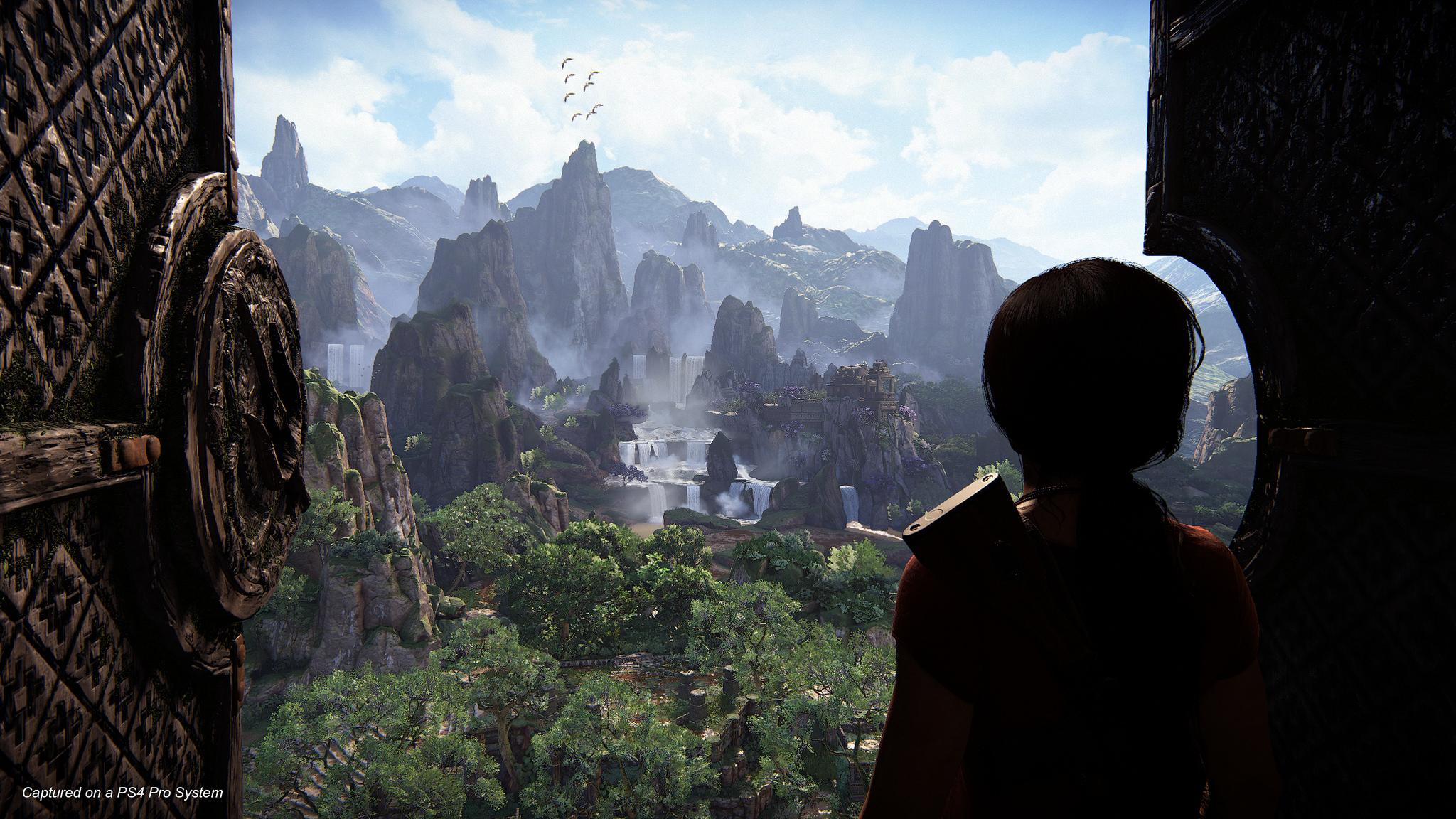 Combat sequences feel more varied, too, building on the improvements introduced in Uncharted 4. Stick to the tall grass and focus on stealth, or swing in guns blazing? The choice is yours.

Other interesting details abound. Instead of dropping intrusive on-screen waypoints to help players navigate the large environments, Naughty Dog opted to include a (digital) map ala Far Cry 2 that you can pull out with a tap of DualShock 4’s touchpad. It might seem like a minor detail, but it was easy to use and helped ground me in the game’s universe.

As Chloe, you’ll also be able to pick the locks of various supply crates scattered throughout the game – you might find a grenade launcher, a silenced pistol, or other gear to help even the odds against Asav’s men. This addition helps mix up your arsenal, and keeps the combat feeling fresh.

All the changes add up to an Uncharted game that feels looser, more playful, and if I may be so bold, more interesting to play. Case in point: a navigation puzzle where I used the grappling hook to swing from tower to tower, triggering pressure plates before time ran out. 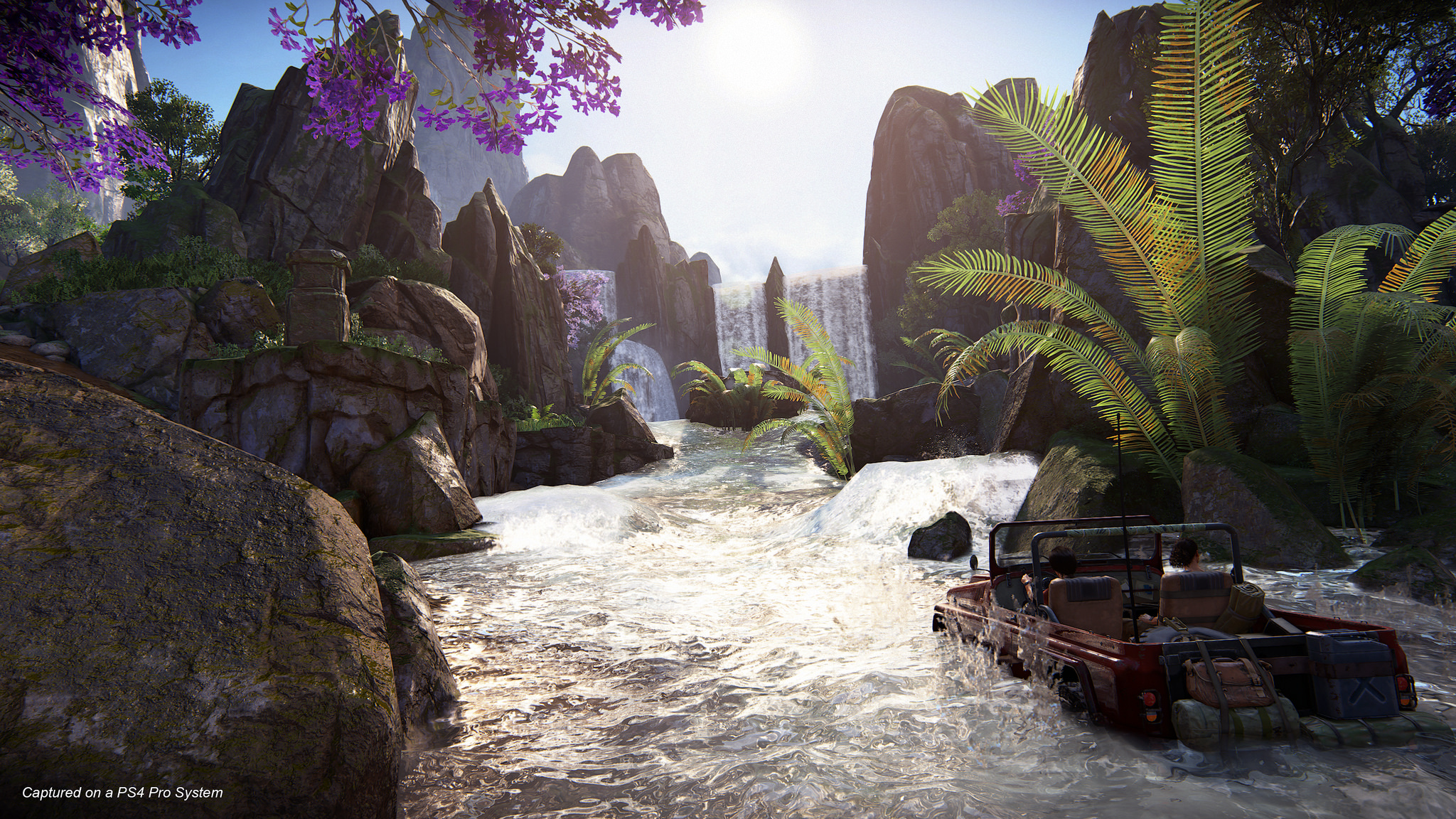 The new locale — India’s lush Western Ghats region — also opens up some of the most beautiful vistas seen in the entire series. Running on PS4 Pro and a 4K TV, the increased resolution and HDR effects made an impression.

The chemistry between Chloe and Nadine is also shaping up nicely. Nadine chides Chloe on everything from her impulsive combat tactics to her wardrobe (“Red in a jungle scenario? Seriously!?”).

And though I won’t spoil anything here, series fans should know that they’ll learn far more about both Chloe and Nadine — their backstories, their motivations, and how they relate to the world. The game’s open design also impacts the way in which the narrative unfolds, but it’s better if you experience it for yourself.

Luckily, we don’t have long to wait: Uncharted: The Lost Legacy hits PS4 on 23rd August. It’s a standalone title, so you won’t need to own Uncharted 4.

Naughty Dog is best thing that happened to Playstation 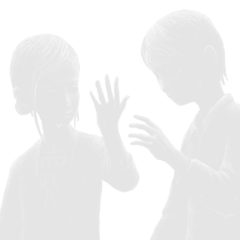 I’m getting tired of the combat (looks entirely the same as UC4 despite hints/claims that things has changed), and I find it ratcher difficult to avoid in UC4. The last bit of traversal and puzzle though felt just like the good old days of Tomb Raider (before they made her a black ops treasure hunter).

More of that would be to mine – and I’m convinced – to many other mature gamers preference. And less of that combat; that should only be there to spice things up. Why not a timed puzzle with the jeep – like LC did with her motor bike in TR: Underworld?

Shush you. I far prefer the combat to the puzzles. And no timed puzzles. grr.

Throws peyj over the virtual waterfall at carnivius primes request

I cant wait for this game. Uncharted always has by far the best control, motion, graphics and action in any darn video game about.

The actualy gameplay and combat of Uncharted is getting very old by this point if I’m truly honest I found UC4 a bit of a slug to get through. I’m playing Rise of the Tomb Raider at the moment and it walks all over Uncharted in terms of gameplay, it’s so much more fun to play.

Uncharted has an awesome cast and great writing but is still using mostly the same gameplay systmes since the original isn’t enough anymore I had actually hoped Uncharted 4 was the last game they were going to make in that style (2 weapons / shoot 15 guys / repeat) and do a major gameplay revamp before making any other games, if they made anymore games.

I’ll wait for reviews and a sale before picking this one up probably.

Just like Crash and Jak, ND should have ended this series at the 4th game. It’s just flogging a dead horse beyond belief now.

I can not wait for this game to drop , really looking forward to be playing as Chloe. I’m hoping that Mr Cutter will make an appearance.