Welcome to another entry in our new techie-focused series highlighting how developers across the industry are enhancing their games with the power of PlayStation 4 Pro.

In each article, we speak directly to development teams and get a breakdown of how their brand new releases will be putting the extra horsepower of PS4 Pro to use and what improvements players can expect to see.

First up this week, we have industry veterans Ninja Theory:

Tomorrow sees the long-awaited launch of Heavenly Sword developer Ninja Theory’s brutal new action adventure Hellblade: Senua’s Sacrifice – a brooding and deeply personal voyage into psychosis and Viking mythology that boasts some of the most cutting-edge visuals seen in a game to date.

These impressively detailed environments, animations and character models will be even more impressive on PS4 Pro, with more than a two-fold increase in pixel density over the base PlayStation 4 placing the target output resolution at 2560 x 1440.

The developer here, however, has chosen to favour a rock solid performance above all else, ensuring combat and movement are never interrupted. To this end, the game dynamically adjusts output resolution ‘on the fly’, scaling between the target 1440p resolution and a full HD 1080p to maintain a constant framerate.

Those playing the game on a standard HD display will also benefit from increased image quality thanks to down-sampling. This process allows the console to construct a more finely-detailed 1080p image from the full the higher-resolution render, smoothing jagged edges and refining object and texture detail, particularly at a distance.

Finally, PS4 Pro users will also have the option to enable a ’60hz Mode’. With this option enabled the game will double its target frame rate to 60FPS, delivering an even more fluid experience.

Impressively, the game will continue to target higher resolutions in this mode meaning you’ll still enjoy above HD resolutions, though perhaps not quite as high overall. For those who prize performance above all else – this is the perfect way to play the game.

Last week saw new gravity-defying team-based shooter LawBreakers enter a beta testing phase on PlayStation 4. Set in 2098 after the world recovered from a cataclysmic event known as The Shattering that forever altered Earth’s gravity, the game is a team-based multiplayer FPS that’s all about the player’s competitive shooting skills.

Developer Boss Key Productions have laid on a selection of improvements which benefit all PS4 Pro users depending on their setup. For users that are hooked up to 4K televisions you can expect the ultimate visual clarity with a ultra-HD output of maximally 3840 x 2160 running at a wonderfully smooth 60FPS.

Not only this, image quality will be refined even further by the inclusion of high-fidelity textures, meaning presentation across the board will be pristine.

What about those of us who don’t have their PlayStation 4 hooked up to an ultra HD display then? Well, Boss Key Productions have pushed the boat out here, too. Those running at a regular HD will get a native 1920 x 1080 resolution running at 60FPS, only with all the dials turned up to eleven.

Which dials, you ask? Well, first up, overall presentation gets a huge boost, with increases to level-of-detail and shader settings combining with higher quality assets to improve visible detail and image quality right across the scene.

This is then further bolstered by an improvement to scene lighting and visual effects, such as explosions and particles to deliver what developer has described as ‘one of the best-looking versions of the game’.

Third up, we have online space shooter Dreadnought, wherein you take the helm of your own capital space ship and wade into combat across deep space and in the skies above alien planets.

Users playing on PS4 Pro will experience these explosive, deep-space panoramas in eye-popping high detail with pixel density across the entire game being doubled to a native 2560 x 1440.

And, to ensure that none of those extra pixels go to waste, PS4 Pro enables a higher level of detail for static and skeletal meshes (3D in-game objects) meaning that more detail is rendered out, in higher resolution, from further away. 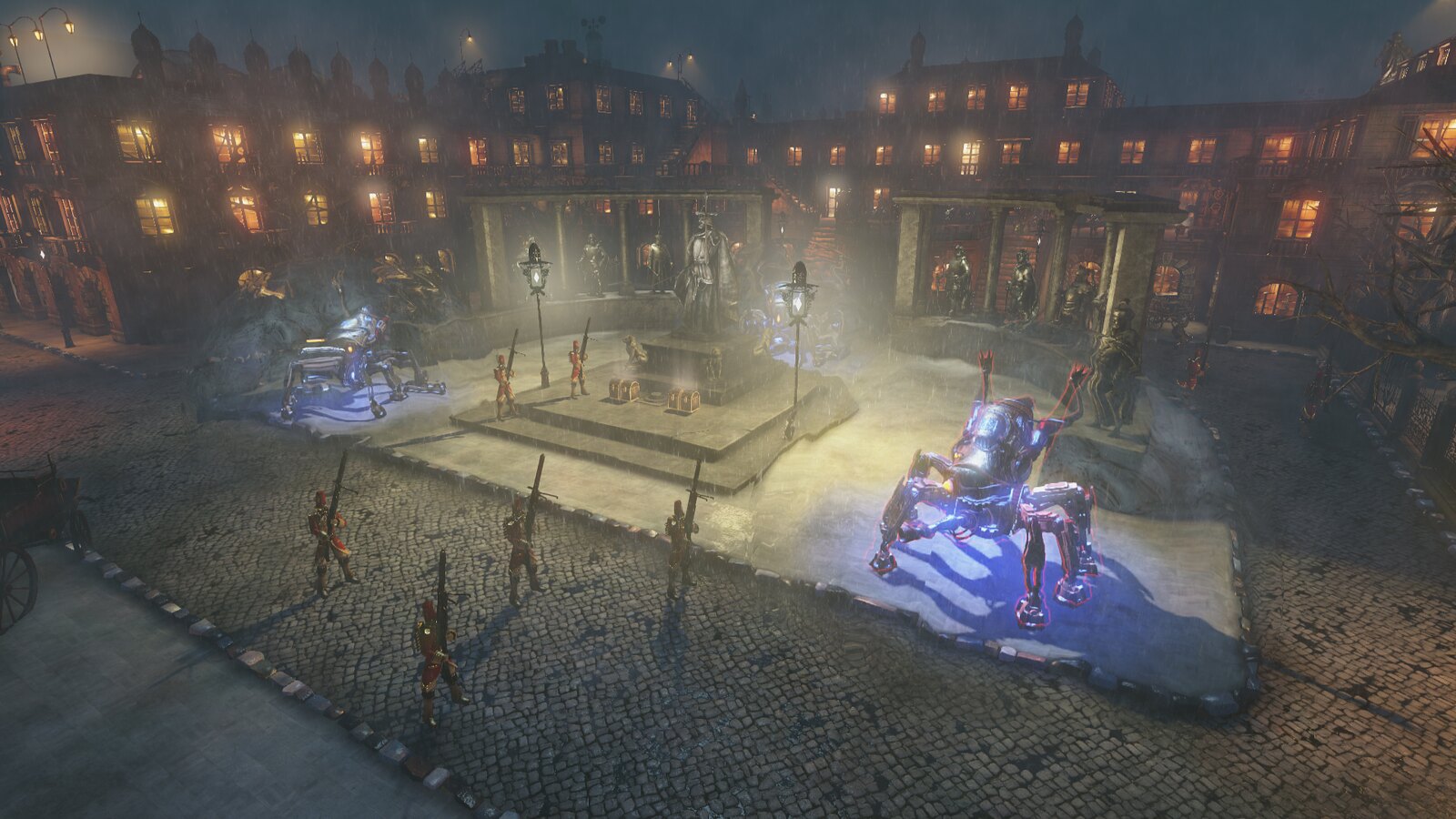 Finally, we have a gothic shooting, looting and swordplay extravaganza from Hungarian-developers NeocoreGames. A must for action RPG fans: it’s filled with ridiculous power-ups, hordes of monsters and a little tongue-in-cheek humour.

PS4 Pro users are spoilt for choice here, with three different modes designed to cater to all tastes:

For those who chasing top performance, the aptly-named ‘Better Performance’ mode will pour the extra horsepower into doubling the base PS4’s 30hz target, delivering a silky-smooth 60FPS throughout.

For those wanting the most pristine picture quality the ‘Better Quality’ mode will keep your performance locked to standard, but quadruple pixel counts to deliver a fully-native 4K resolution of 3840 x 2160.

The third option? ‘Balance Mode’ offers a little on both sides, increasing overall picture quality by more than double to a native resolution 2880 x 1620 and boosting target performance by around 65% – 50FPS in real terms.

All information provided has been sourced directly from the developers.

Very nice. Like I said last week I appreciate these PS4 Pro enhancement details. Don’t see myself buying a 4K TV any time soon which is fine because I prefer smooth frame rates over tiny pixels (I’m a retro gamer anyways, I’m used to much larger pixels than you get on regular HD) :) 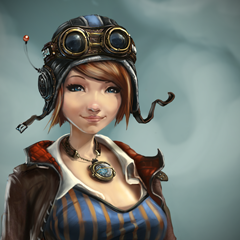 “The developer here, however, has chosen to favour a rock solid performance above all else, ensuring combat and movement are never interrupted.”

So one would assume that with the first statement, the 60FPS mode is a locked or as close to locked framerate. With the other being a locked 30fps with dynamic resolution.

Both use dynamic scaling in this case, but with 60hz mode enabled the output resolution will – for obvious reasons – be lower on average. In the developer’s own words: “The base PS4 runs at 30hz, so it’s a 30-60 jump on PS4 Pro when 60hz has been selected…”

Thanks for the reply, I always prefer a rock steady 30fps over a targeted “60” that in reality goes between 45 and 60. It seems Ninja Theory are on the ball if both are near enough locked :)

No problem and, yeah, really looking forward to Hellblade – you can tell the developers have poured heart and soul into the project.

As an additional note, NeocoreGames have confirmed that The Incredible Adventures of Van Helsing II does support down-sampling on regular HD displays when ‘Balanced’ or ‘Better Quality’ mode is selected.

” Finally, PS4 Pro users will also have the option to enable a ’60hz Mode’. With this option enabled the game will double its target frame rate to 60FPS, delivering an even more fluid experience. “

Thank you for options! Will now buy this game :)

Nice to see devs giving us a better FPS option rather than just a better resolution. I understand that some games are CPU heavy and 30FPS is the only option even for the Pro (using same CPU as standard PS4 just upclocked). But am sure games like Skyrim could run at a target of 60FPS at 1080p resolution.

I am still holding out some hope of a Bloodborne Pro patch.

(@Sony) How about implementing systemwide downsampling for 1080p displays, so developers don’t even have to think about it, and they can’t ignore us either like so many games have:

Firmware 5.0 will include system wide downsampling option. (I hope)

We can only hope Sony sees sense.

Until we have proof, I assume all rumours to be proof, otherwise we can claim that practically anything will be in the next update, only for people to whine like babies on false hope when it doesn’t.

How about save all this Pro rubbish for the next generation.

The point of consoles is that you make the most of the hardware you have, not fight in a pathetic graphics and power battle with the whiny PC elitists.

I’m not fighting with any PC folk. I’m just liking when I get nice constant frame rates (preferably smooth 60fps ones) on games that previously had annoying frame drops. And if you’re so against PS4 Pro why the heck did you even come into this post? Some of us have got the machine and would like to know the benefits of it when playing new games so we need this information.

Weird thing is I didn’t plan to get a Pro. I had an Arkham Knight PS4 I was sick of the sight of (I always hated that darn light that cuts across the top of the standard PS4, and not even tidily through the centre) and only having 500GB hard drive so initially I was just going to buy a larger hard drive to put into that PS4 then I saw the PS4 Slim 1TB version and thought that might be nice but then thought if I’m gonna spend money I may as well spend a bit more and buy the Pro and get that extra power. And I’m very pleased with it thank you.

PS4 Pro is beneficial for PS4 games because when PS5 comes out you can play enhanced version of PS4 games on it.

By the time PS5 releases and if PS4 Pro didn’t exist then most of the Devs wouldn’t have made all these patches for the older games since too old by then to bother. 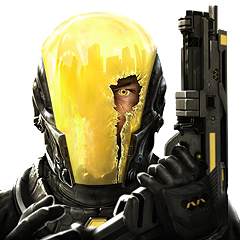 Had I known Hellblade was limited to a dynamic 1440p/1080p I would have bought it on PC. The Pro is turning out to be a disappointment with many “4K Pro Enhanced” games either failing come anywhere close to that or not having any serious Pro enhancements at all. Really, there are only a handful of games that make owning a Pro worthwhile. That’s what happens when Sony refuses to mandate standards on devs to support the hardware people bought under false pretense.

Thanks for the feedback.

The extra power of PS4 Pro is utilized by developement teams in all kinds of unique and interesting ways. And this makes sense: no two games are alike and what might be the perfect implementation for one game, might not necessarily work so well in another. As such, that creative decision is left in the hands of the developers who best understand what the hardware can bring to their games.

For players, that often means a range of enhancements, from huge boosts in image quality (right up to fully-native UHD resolutions), to game-changing performance boosts. Many games, like Van Helsing II and Hellblade: Senua’s Sacrifice, will even include multiple options and leave it up to players how they prefer to play – the kind of solution that benefits everyone. 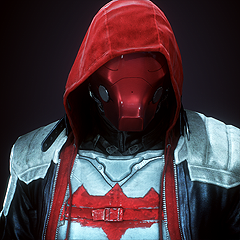 The development team that LawBreakers is fully native and that no temporal reconstruction methods (such as checkerboard rendering) are in place: every pixel is rendered natively.