As the sci-fi shooter blasts onto PS4 tomorrow, the studio behind it serves up weapon and ability setup suggestions it has personally tried and tested

Hi PlayStation people! Tommi Hartikainen here, game director of Matterfall. Everyone at Housemarque is very excited that you are finally able to get your hands on our latest game this week, and I’m taking this opportunity to tell you a bit more of some of my favourite augmentations, which are some secondary weapons and passive abilities that will help you to survive.

When playing the game I like to switch between augmentations regularly, as I find certain combinations work best for tackling certain situations. That said, once all of the augmentations have been discovered, it’s great fun to return to previously completed levels just to see how much the game changes with an alternate loadout.

For me though, my usual selection has involves two passive Augmentations and one weapon.

My favourite augmentation is the Matter Bomb Probability. This increases the amount of Matter Bombs enemies spawn after they die. This can create these long chain reactions when you burst one with the Matter Jet.

If things get too hectic in the later levels, consider using Strike Detonation, which detonates Matter Bombs when Striking through them, without the need to use the Matter Jet. 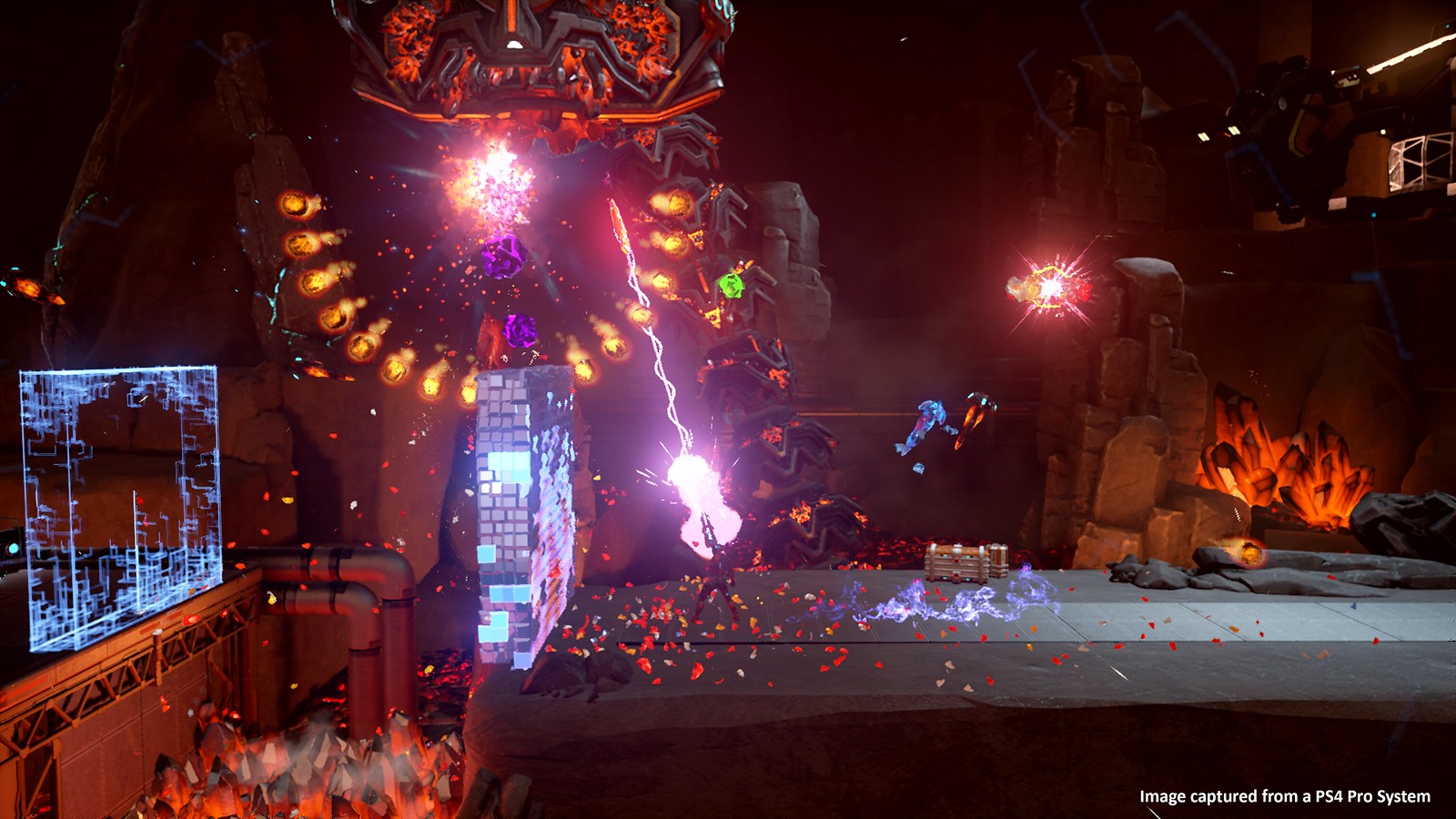 The weapon I use the most is the Grenade Launcher, which takes some time to get used to to properly predict the arc of the grenade, but it’s a great weapon after you get the hang of it!

In some levels the Seeker weapon is great fun to use to take care of the waves of enemies that spawn all around the player. In smaller corridors, the Railgun is an excellent choice if you make the projectile ricochet from floor to ceiling multiple times, punching through several enemies.

Shockwave Radius is an amazing Augmentation and makes Striking an even better move to use in combat.

The extended radius of the Shockwave makes it easier to clear out some space around you when enemies are trying to pin you down from all directions. After you’ve knocked the enemies back and stunned them with the Shockwave, use a secondary weapon to increase your firepower and finish the job.

Having said that, keep in mind that while these are my favourite augmentations, pretty much everyone at the studio uses a different loadout and have their own preferred abilities. Here are just a few…

Favourite loadout: ”As I love to see enemies exploding, my favourite loadout has to be the combination of Strike Detonation, Matter Bomb Probability and Shockwave Radius.”

Why: ”This combination allows me to have an advantage pretty much every time I see a Matter Bomb lingering in the middle of an enemy horde. And by having the Matter Bomb Probability, I can be pretty sure there will be bombs waiting to be detonated. Sometimes I like to switch one of the aforementioned augmentations to the Grenade Launcher. The way I use The Grenade Launcher is to shoot a bouncing grenade into a corridor first and follow it, guns blazing. It’s like giving yourself cover fire!” 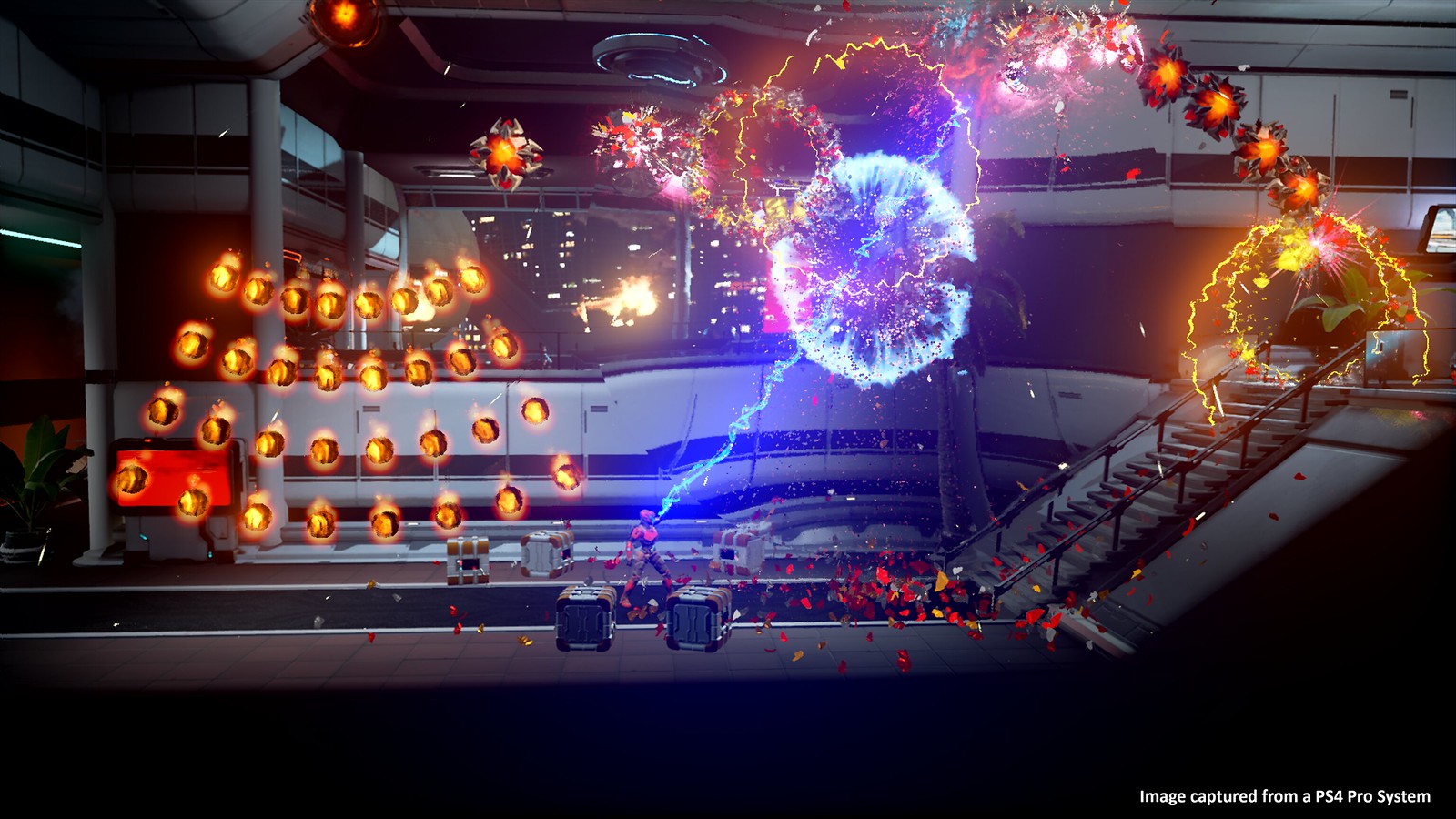 Why: ”I usually just stick to the Shotgun, but I sometimes like to switch things up and use the Seeker. In my opinion the Shotgun works well when you have speed run in mind, and the Seeker works better when you are score hunting. To accompany the weapon of choice I almost always go for Strike Damage and Shockwave Radius. Strike Damage gives me the ability to kill the weaker waves of enemies as I Strike through them, letting me concentrate on shooting the tougher and meaner enemies. As for the Shockwave Radius, it just happens to be a perfect fit with the Strike Damage as it knocks back and stuns enemies that survived the Strike.” 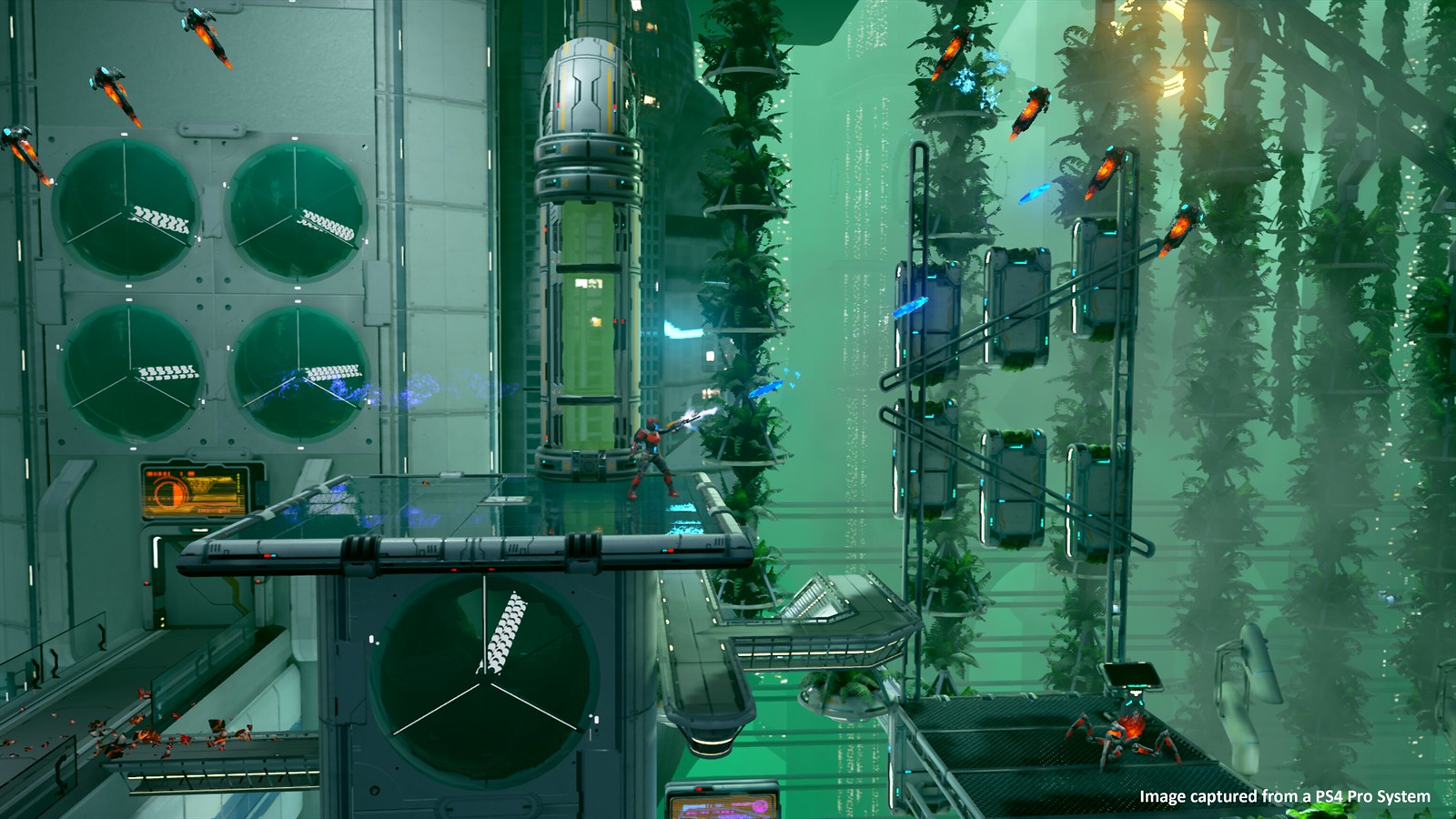 Why: ”Maximum firepower! This loadout proved to be deadly, cutting holes in waves of attacking enemies. Combining multiple weapon augmentations provided a near constant steam of powerful attacks, each capable of stopping the most dangerous enemies. What it lacks in tactical play it more than made up for with stopping power. Extending the length of the overcharge only increased the damage output as well as providing a useful shield to help survive intense situations. The loadout came into its element when battling those more challenging bosses.” 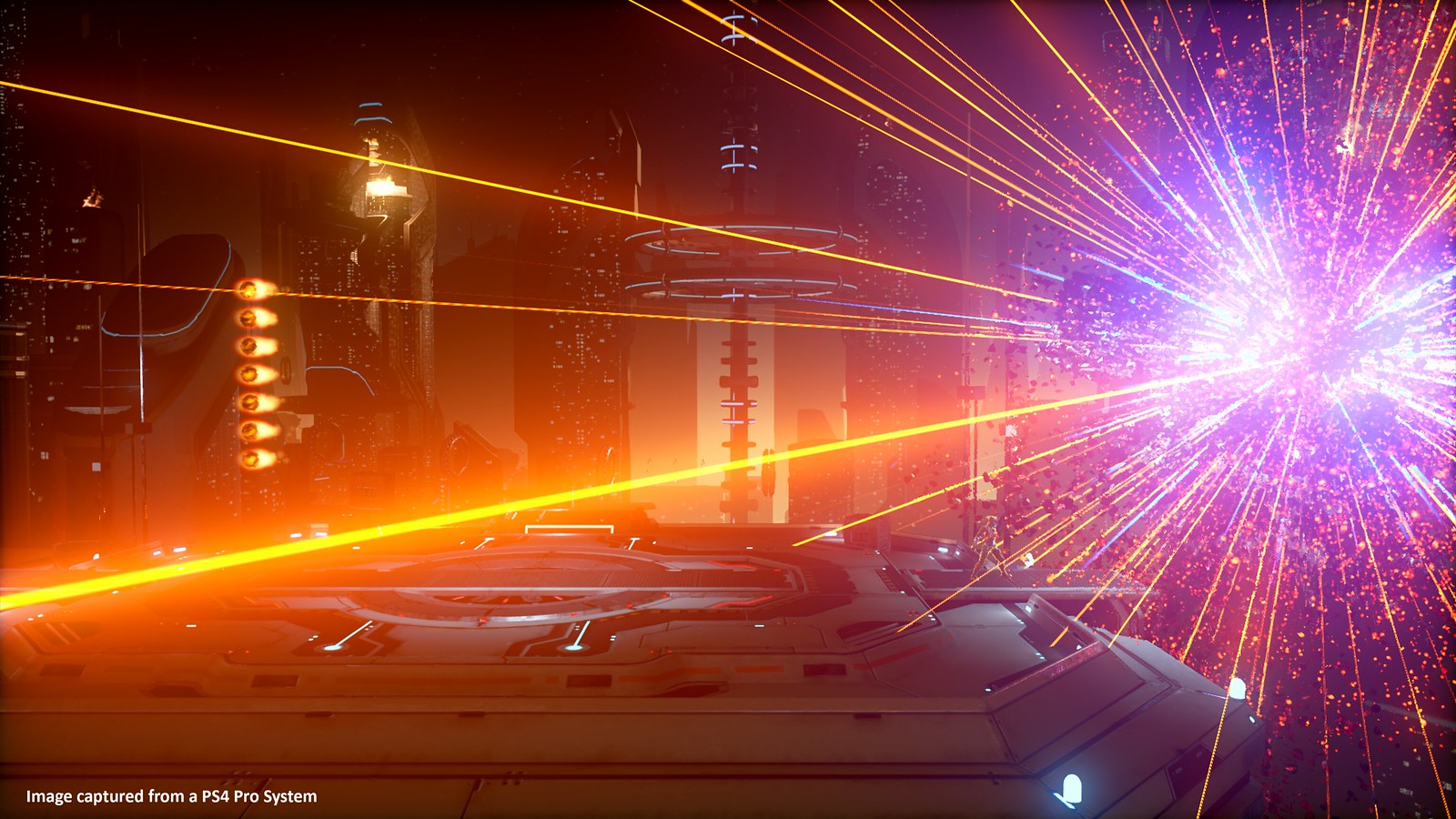 Why: ”I always favoured having one weapon and two augmentations as my set-up, as I felt this complimented my frenetic play style perfectly. Having an increased Strike shock wave radius allowed me to freeze more on-screen enemies, whilst my homing missiles would finish them off (regardless of where I was aiming!). The added effect of having more Matter bombs spawn when killing enemies also meant that the chance of chaining Matter bomb explosions much easier, thus adding to my damage multipliers! High-score city, here I come!” 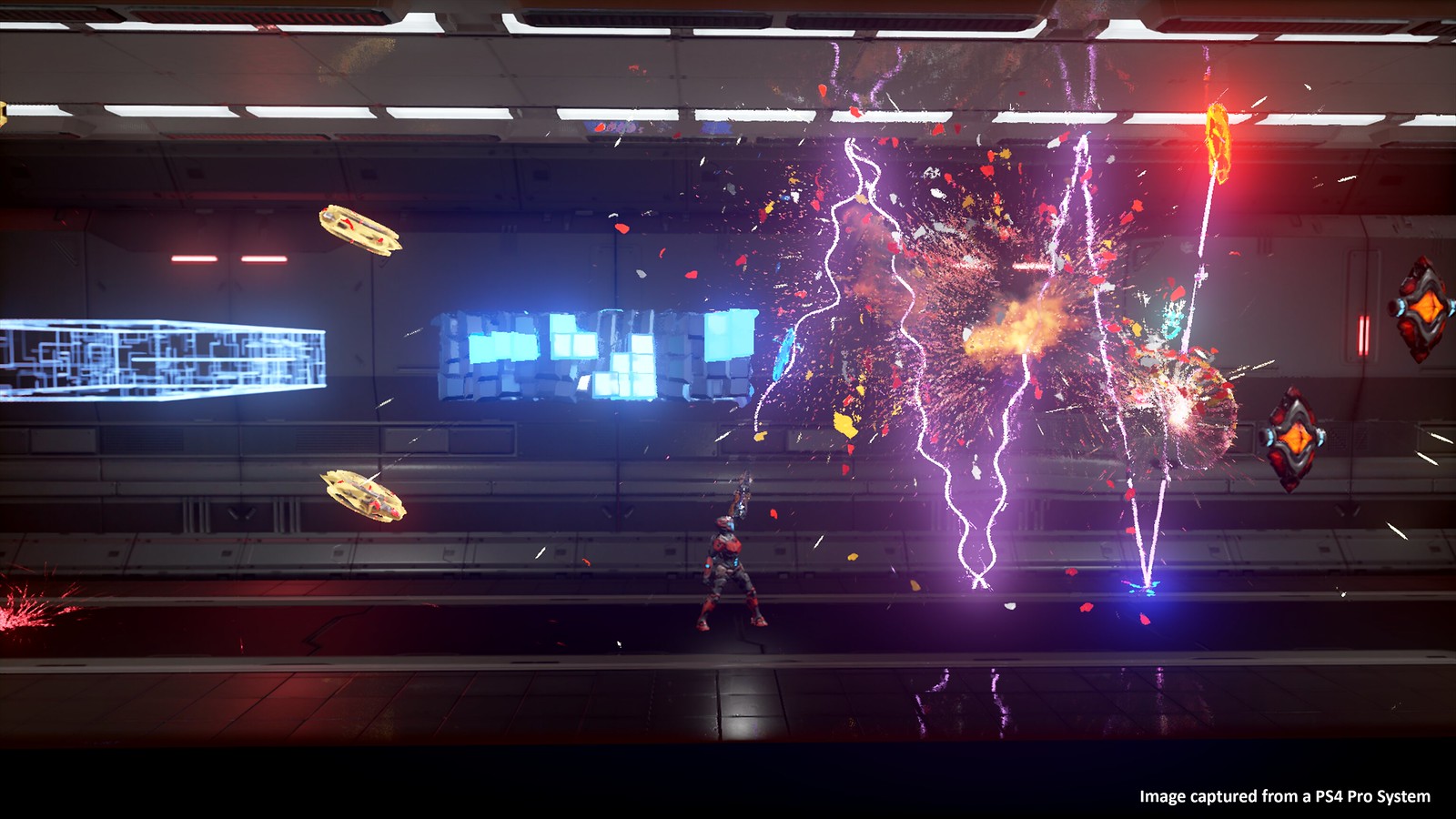 But that’s just our own favourites. We have a total of twelve Augmentations – four secondary weapons and eight passive abilities – so try them all to find out which one is your perfect combination! 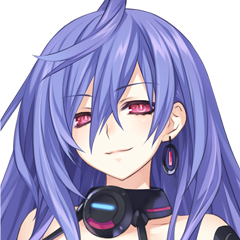 The trophies for this seem to be broken – the list isn’t installing on my console at all. And it doesn’t seem to be a syncing issue as the list doesn’t show offline either.

Nevermind, the list seems to install once you actually unlock a trophy.