Cool music, brutal and dynamic gameplay, shady back alleys and equally suspicious hi-tech suburban works of the Rengkok metropolis are soaking with the atmosphere of the cult cyberpunk anime. Ruiner is a dark adventure in an anti-utopian future where not much has changed and the most sophisticated technologies haven’t solved human problems.

You’re a perfect example: hacked into killing the boss of HEAVEN, the leading virtual reality corporation. Your brother was kidnapped to make sure you did the job. You’d be over with if it wasn’t for HER. Now you can finally take the matters in your own hands. As you tear through the underground gang lairs and inhumane, industrial complexes, entranced in the cyber-disco/slaughter-party, remember that everything out there wants to kill you. So be prepared.

The first rule of Ruiner: movement is life. Move fast and think fast. At the core of Ruiner’s gameplay is the Dash ability which gives you amazing mobility. It has two modes. Basically you can make an instant jump to or from a spot or enemy. Multidash gives you the tactical opportunity to plan out your sequence. Dash is extremely effective with more aggressive playstyles, especially with melee weapons. 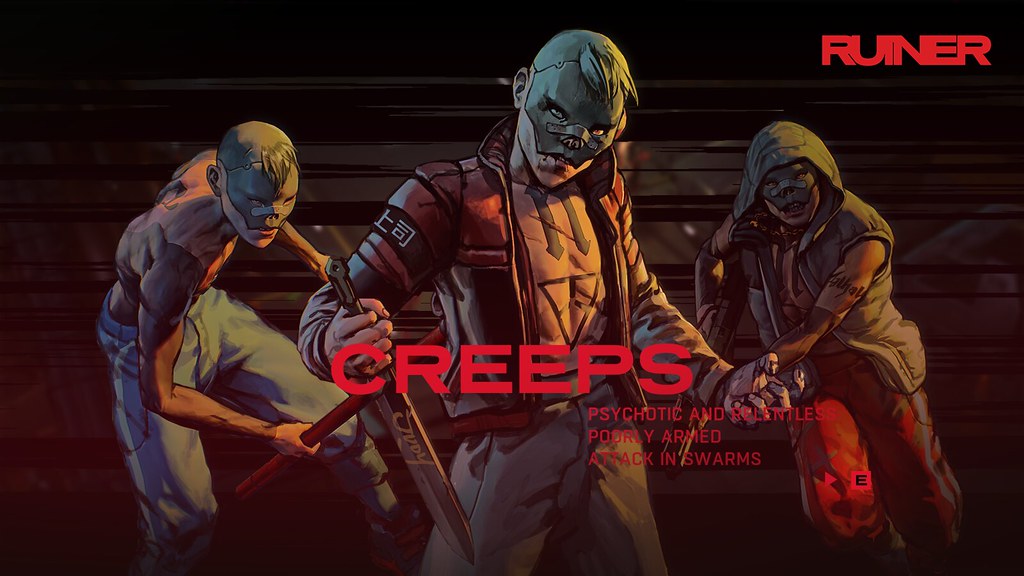 But that’s just the start. Whether you prefer ranged or close combat, direct or tactical – you can pick and try from over a dozen abilities with their 50 upgrades and make use of the 20+ weapons of your fallen foes – or have them delivered by a supply drone. Guns and blades, one- and two-handed, single shot or AOE, electrifying, freezing, blazing – you name it.

And the best part is: you’re never stuck! You can reconfigure on the fly. When you find yourself in a tight spot, simply switch weapons, reshuffle your skills and try a new way. An easier way – or a harder way. You can even try and play Ruiner with no gadgets at all, using your basic weapons: pipe and Ruiner gun. I’m not sure you can beat the game without Dash, though. But we’ll be waiting for your videos. 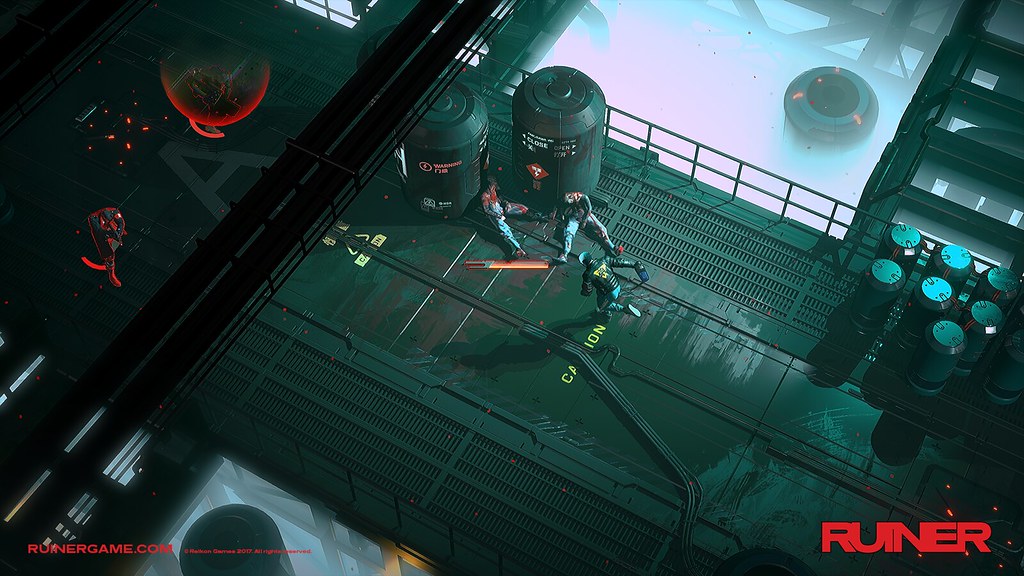 So what is there? Your basic Ruiner gun can be further developed changing its looks and properties. As can your melee weapon: the rusty metal pipe you start with can be later exchanged for something more stunning. 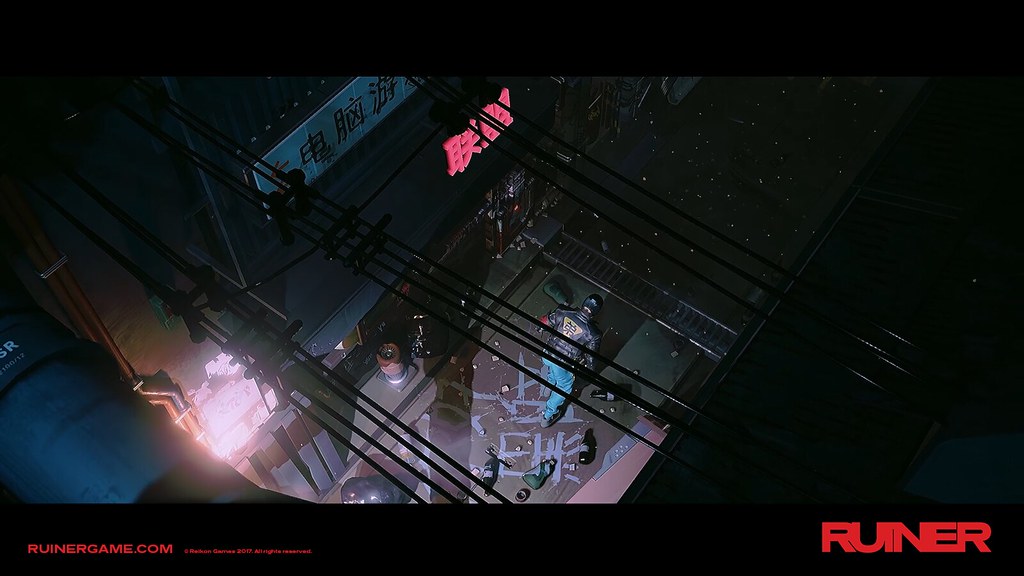 If a tactical approach to combat is your thing, you can choose to manage the battlefield with Kinetic Barriers and Ghost Break. Especially the latter enables you a new take on combat where your enemies become your tools in the battle. Kinetic Barriers slow down enemies, too, and can reflect their projectiles. Add Focus Booster to that mix and you can gun down your struggling foes from the comfort of a distance. Or do something completely different.

If your combat style is more direct and aggressive, you might want to invest in Shield, explosive and stun grenades supply and the Overload ability. With that combo you can attack swiftly, stun or blow up groups of enemies and finish their remainders with melee or guns. While Focus Booster slows down time increasing your chance of survival, Overload accelerates your perception. The combination of Focus Booster with Overload slows the world down, powering up your relative movement against the enemies. What more do you need? 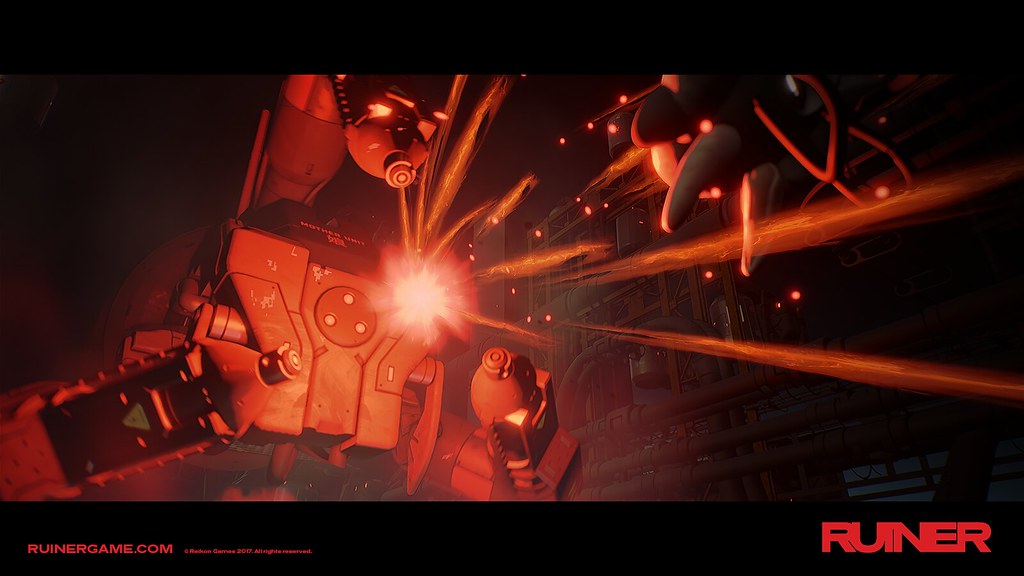 Well, you could upgrade your passive abilities. With Grid Converter you can optimise and manage your basic resources: life, energy and ammunition. Being able to convert between them at any moment makes you super-tough and indestructible.

Looking forward to this one. Great art style, sound & music.

I can’t wait for the cheaper and better looking PC version ;)