This week sees two bona fide PS2 icons make their PS4 debut, with the release of an HD remaster of Naughty Dog’s Jak & Daxter: The Precursor Legacy. Sandwiched between the developer’s classic Crash Bandicoot trilogy on PS one, and the acclaimed Uncharted series that would follow on PS3 and PS4, it’s an integral piece of both the studio’s story, and of the evolution of the 3D action adventure genre.

To celebrate the duo’s return to action we’ve dug up an interview with the game’s co-creator Andy Gavin (first published in 2012), in which he looks back on the game’s creation and legacy. Check it out below then head on over here to join the discussion on which is the greatest PlayStation 3D mascot platformer ever.

What was the original concept for the game? Was it a deliberate attempt to create a PlayStation 2 mascot to rival Crash Bandicoot?

Andy Gavin: Of course we wanted the franchise to be as big – or bigger – than Crash. And while this didn’t quite come to be, it was certainly our goal.

The formulation of new game ideas involves two aspects: genre and style. As to gameplay genre: on the PS One, good-looking, free roaming 3D seemed impossible. The machine lacked any hardware sorting or clipping, and had a relatively low polygon count. Plus, the AI challenge of creating a camera that didn’t leave players feeling queasy was extremely daunting. So we locked down the viewpoint to improve graphics and focus on traditional Donkey Kong Country-style gameplay.

But with Super Mario 64, Shigeru Miyamoto showed that free roaming was possible, albeit on the N64 and with no small dose of camera frustration. By the time we began Jak & Daxter in January 1999 newer games like Banjo-Kazooie vastly improved the playability. Clearly, on the PS2, full 3D could be great. 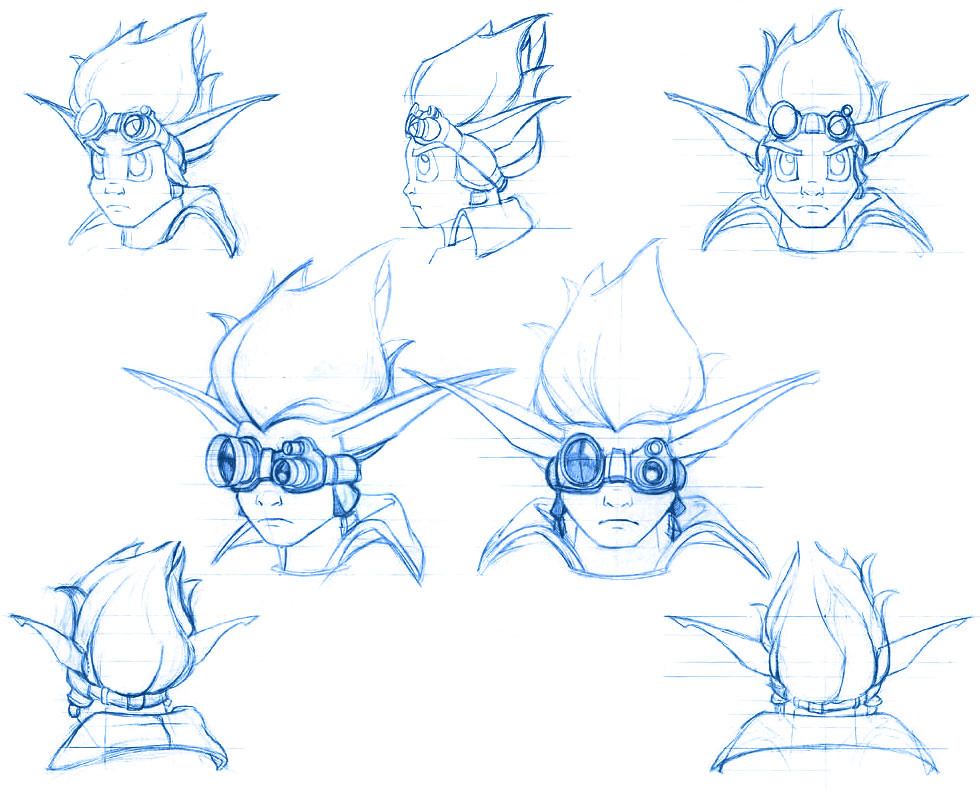 Did you draw inspiration from anywhere in particular for the game’s look and feel?

Andy Gavin: With Crash we enjoyed enormous worldwide success in no small part due to our collaboration with Sony’s worldwide producers. So for Jak & Daxter we set out to create a character and environment that merged elements from worldwide cultures.

You can see the result in Jak, who is a hybrid of Western cartoons and Eastern manga. We asked every Naughty Dog artist to spend a couple of days sketching concepts for the look of the game. We threw these on a giant table and picked elements we liked as a group.

It was an ambitious title for its time. What were the biggest challenges in realising your original vision?

Andy Gavin: Like every first-on-a-system Naughty Dog game, Jak had a rocky development. First of all, the PS2 was difficult to program, particularly in those early days when no workable examples or libraries existed.

On top of that, I made the audacious choice to write the entire game in a programming language of my own design called GOAL, creating a brand new compiler and debugger from scratch.

It was really, really crazy and basically took us about 20 months just on the engineering side before the engine was able to produce the kind of levels we wanted. 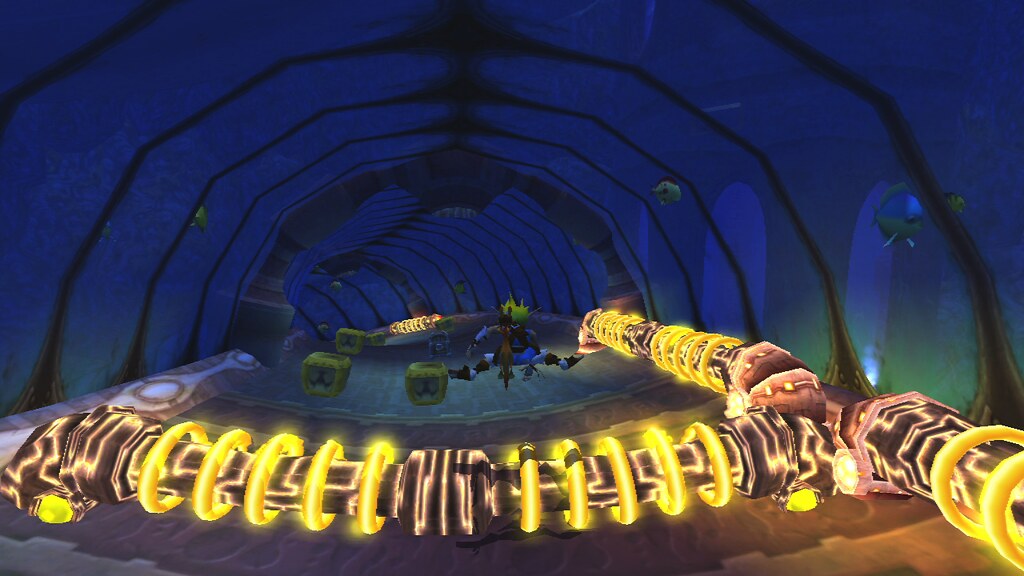 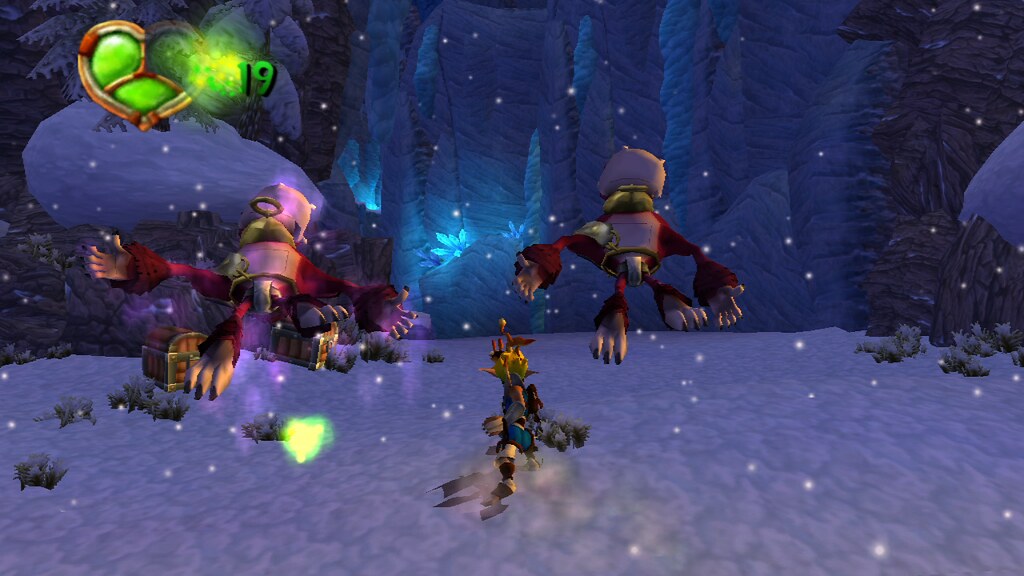 Can you tell me more about the mooted third character and why it was axed?

Andy Gavin: There never were any serious plans for a third character. But we had more ambitious plans for Daxter in the beginning. He was supposed to be able to hop off your shoulder and run around and do stuff. That didn’t happen until the second game. Same with the vehicle stuff. We squeezed the racer in, but barely, and we had much more aggressive plans for it.

How close to your original concept was the finished game?

Andy Gavin: Very close. We wanted to put you into this beautiful, fully-rendered fantasy world and yet allow full interactive exploration. We wanted no loading, elaborate storytelling, a camera you didn’t need to manually control, and both classic platform and vehicle gameplay.

Which element of the game are you most proud of?

Andy Gavin: I’m both most proud and most torn over GOAL, my custom language and development environment. This ended up being so much harder than I thought, and is certainly the most sophisticated programming I’ve done in my career. In the end it was pretty awesome, although not without its quirks.

I’m also supremely proud of our completely load-free seamless-world. We were the first to do this – I even have a patent on it – and few have attempted it since. It was a lot of work!

And let’s not forget Jak’s control, which I personally programed. Jak has really good control, as good as any game ever. His animation is incredibly fluid, yet he is supremely responsive to both the player and the environment. Even basic elements of his control system were written and re-written a dozen times.

How would you like the first Jak & Daxter to be remembered? What did it bring to the video game medium?

Andy Gavin: The single most important thing that it brought to the medium – and there are countless smaller things – is its consistent and complete integration of the game and story elements. This comes to full fruition in Jak 2, and continues peerlessly today in newer Naughty Dog games like Uncharted. Jak has a detailed and involved story, but it’s never a semi-interactive movie, it’s a video game! The storytelling does not come at the expense of the gameplay.

Which of Naughty Dog’s PlayStation characters – Crash, Jak & Daxter, or Nathan Drake – is closest to your heart?

Andy Gavin: Crash and Neo Cortex are my favourites, and I also have a really big sweet spot for Daxter, who is such a hoot. The Uncharted characters are awesome too, but I can’t take any responsibility for them, so the connection isn’t as personal. Don’t get me wrong, I love all of my babies, even back to the forgotten ones like Keef the Thief, but really Crash’s wicked orange grin melts my heart, and Cortex is who I secretly wanted to be… if I were a cartoon. 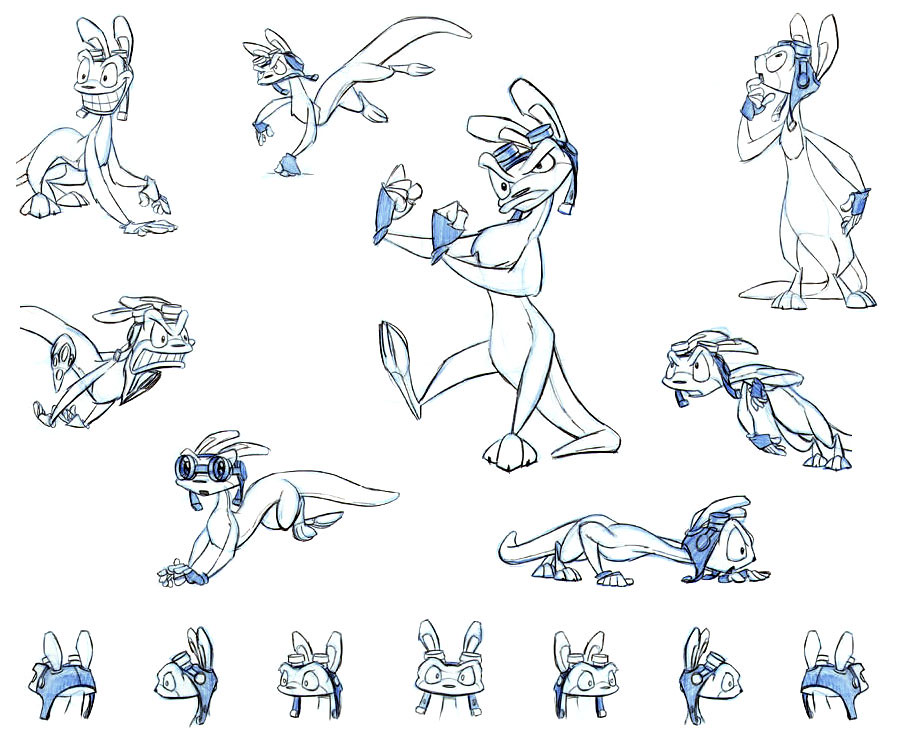 More in the ‘Extended Play’ series:

Jak and Daxter: The Precursor Legacy™

Jak and Daxter: The Precursor Legacy™

I totally read one line as ” I also have a really big sweet spot for Daxter, he’s so hot” and was slightly surprised.

I never actually got to play this game, due to various things. So maybe I will have a chance now!

Jak 2 is still my fave of the series. That dark tone with hovercrafts everywhere was too awesome to pass up. I still have that main world theme song playing in my head.

Great to hear some engineering details as well. I’ve also worked on some custom languages and compilers at the university. We only had to modify them and add some extra features, and that was still quite a lot of work, just trying to understand how everything worked. I can only imagine what making a language and compiler from scratch must be like.

In Naughty Dog’s case, it produced some great games, so I’m sure it was worth the hard work, in the end.

Second Jak article this week and yet no news on when we can expect the rest of the games? Next week? Next month? End of the year?

Also, this isn’t a remaster. The PS3 release was a remaster. This is just the PS2 game running in an emulator. I’m sure it was a feat to get it running as well as it does (most of the time), but a spade is a spade.

One more thing, but wow, are these games going to be expensive if you plan on buying all four. You couldn’t announce a release plan, or a bundle (it’s going to be nearly $100 in my country for a quarter of 12+ year old emulated PS2 games), but you can dig up old interviews from five years ago? C’mon guys.

Enjoying the game again as it was unexpectedly free for me. I never played them on PS2 but had the HD trilogy on PS3. Oddly though I just found myself unable to enjoy 2 and 3 as much as 1. First game just seemed more fun to me whereas the GTA-like gameplay elements added in the sequels kinda spoilt it for me but I may buy them again on PS4 and have another go. The first game looks very nice running on the PS4’s PS2 emulator. Considering I played it right after a couple hours of the modern and gorgeous Uncharted Lost Legacy I was expecting J&D to look unbearably bad in comparison but the higher resolution of the PS4 running it helps improve on it’s original PS2 display and it looks pretty darn nice overall.

Okay but why does the PS4 version look worse than the PS3 version? I love the game and as someone who bought it on PS2, PS3 and Vita, thank you for giving it away with Uncharted. But it feels like a big step down. ?

Please do a remake to the same standerd of remake of crash bandicoot trilogy for jak and dexter trilogy and the same for sonic trilogy as well. AAA remakes are the best.