Get major discounts on Until Dawn, Horizon Zero Dawn and The Last of Us: Remastered

1. Bloodborne: Game of the Year Edition

One of the highest rated games of the generation, Bloodborne stands as an astonishing achievement in both game design and art direction. Conjuring a highly-unique and aesthetically-unforgettable game world, it pits players against some of the most outright horrific creatures ever conceived for a game.

Grab the Game of the Year Edition and you’ll even get the critically-lauded The Old Hunters DLC too.

The highly-anticipated third title from Shadow of the Colossus creator Fumito Ueda met with much critical applause when it released late last year, delivering – once again – a gaming universe of astonishing creative vision and subtle, emotive storytelling.

Enhanced for PlayStation 4 Pro, those with a 4K television can enjoy this sumptuous visual odyssey in crisp, ultra-high definition (well worth it!).

Though it only released in March of this year, Horizon Zero Dawn was already grabbing gongs as early as 2015 with critics and industry professionals naming it one of their most anticipated forthcoming titles.

A graphically jaw-dropping adventure into a unique sci-fi fantasy world, with the substantial The Frozen Wilds expansion just a few weeks away, now’s the perfect time to catch up on what you’ve been missing.

Simple, elegant and deeply moving, Giant Sparrow’s collaborative project with Sony Santa Monica, The Unfinished Swan, stood out as one of the most uniquely creative narrative experiences of the previous generation.

Released on PlayStation 4 in 2014, its striking, stylised visuals have never looked better – what’s more, thanks to Cross-Buy, if you buy it on PS4, you’ll also get it for PS3 and PS Vita.

Due to their irreverent nature, cheesy horror games are rarely first in line for gongs come awards season, but, with truly spine-tingling action, Hollywood-tier performances and fantastic visuals, Until Dawn was hard to ignore.

With Halloween just over the horizon, what better excuse do you need to pick up last year’s ‘Best Horror Game’?

6. Everybody’s Gone to the Rapture

Sometimes less is more – 2015’s Everybody’s Gone to the Rapture demonstrated this with admirable aplomb, delivering a short, relatively straight-forward game that nonetheless carried the nuance, emotional poignancy and spin-tingling soundtrack of something far grander.

The rich hues and sombre tone of autumn set the perfect tone for Everybody’s Gone to the Rapture’s deeply reflective narrative, jump in now and set aside a quiet afternoon.

Truth be told, Nathan Drake might be one of the most decorated heroes in the history of video games – his accumulated adventures having garnered quite literally hundreds of industry awards between them.

If somehow you’ve not had chance to cross paths with the cheeky treasure hunter himself, then there’s no better place to start than at the beginning. Uncharted: The Nathan Drake collection brings together the three blockbuster adventures that made him an icon.

One of the highest rated games of both the current and previous console generations, Journey’s breakout success and continued popularity are a testament to the timeless quality of its design, feel and flawless art direction.

The Collector’s Edition, for PlayStation 4, also includes Flow and Flower, two prior titles from developer ThatGameCompany which both received a strings of awards and nominations in their own right – three critically lauded games in single package.

Yes, keeping up his reputation as the games industry’s cheekiest award magnet, Nate gets a second entry here, this time for last year’s Uncharted 4: A Thief’s End. An audio-visual tour-de-force of sumptuous environment design, flawless animation and mind-boggling action sequences – it more than earned it accolades.

If you did have a brush with Nate in the last generation and we’re wondering what he’s been up to since retiring to a blissful settled life, then now might be the perfect time to check in.

10. The Last of Us: Remastered

Having set a new record on release for the highest number of Game of the Year awards ever received by a single title, few games deserve a spot on this list more than The Last of Us. An incredible dystopian survival story, punctuated by themes of family, loss and desperation – it set a brand new bar for scope of video game narratives.

Complete with the Left Behind expansion, which fills in additional backstory and plot for the game’s main narrative, The Last of Us: Remastered delivers the most complete and polished version of a true industry benchmark.

Famed for its unflinching attitude to antiquity’s favourite past-times – patricide, dismemberment and eroticism, to name but a few – the God of War series might not seem like an obvious candidate for high praise. Despite that, over the past decade all four entries have received major awards for graphics, design and gameplay.

Set to get a timely fresh in 2018’s God of War, there’s no better time to get acquainted with the dramatic and, yes, incredibly violent adventures of one of PlayStation’s most iconic anti-heroes.

Sorry, but The Last Guardian is horrible. The controls, the camera handling and everything else are awful. And I didn’t mentioned the cinematic 15 frames per second.. Imagine this on the ps3. Originally it was a ps3 title. High hopes, bigger fails gentlemens..

Well, this is one opinion. Here’s another: I think it’s a fantastic game.

It certainly has issues, but a lot of people would agree that in spite of them, it’s other aspects make it a phenomenal game.

“a lot of people” > Citation Needed

This game is a train wreck.

That “special low price” is actually the same price as on ongoing “Only on playstation sale” (lasts until 19th). By the name of the article, I assumed that for this weekend we will get “major” discounts. But from the looks of it, we are not getting anything new this weekend, all discounts actually stay the same ;) . Disappointed. Dont understand the point of the article ;) Oh well, lets keep on waiting for the next sale ;)

Is the UK not getting any new PlayStation Now games this month. America has and after what happened with Fallout last month I’m seriously thinking of cancelling. 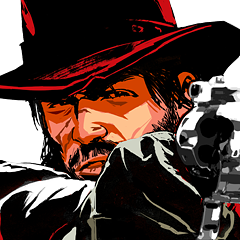 Is it just my links to buy these games that is dodgy? Was an impulse purchase now lost the impulse!

Ay, the two best games there are The Last Of Us: Remastered and Uncharted 4 of course! ;)