Get Tough, Play Hard: why The Evil Within 2’s Nightmare and Classic modes are perfect for horror veterans

Tango Gameworks details how it balanced the horror sequel’s difficulties, and how you can survive them

When it comes to classic survival horror, true believers have very few options in front of them.

The likes of Outlast and the Amnesia series certainly scratch a certain itch, but survival horror the way diehards understand it – you know, micro-managing resources, collecting increasingly important assets and an experience that relies on more than jump-scares and the inability to fight back – are rarer than they should be these days.

The Evil Within franchise junks that last consideration. Tango Gameworks’s survival horror games are quite prepared to put players on the back foot, while roping in as many familiar elements as it takes to make survival horror fans feel sickeningly at home.

The games also leave players feeling drained by the time the credits roll, even on Casual setting. So with the recent release of The Evil Within 2, it was perfect time to examine what fresh hell its creator has created this time round: what can those veterans who ploughed through the first game expect?

The story of the original’s Akumu mode, and its nightmarish reinvention for the sequel

The initial installment in this series offered a mode titled Nightmare. Stripping back on ammo drops and upping the strength of your opponents meant you needed to be familiar with the game’s systems and its layout: which is why the studio locked the difficulty until you’d clocked through the campaign.

But Nightmare was a walk in the park compared to Akumu mode. This unlockable charged players with the challenge to get through the game without being hit once. Get struck, and Sebastian dies.

Sounds insane, right? Game Director on The Evil Within 2, John Johanas, explains the reasoning behind the mode’s inclusion.

“Akumu fitted with the unbelievably aggressive world of the first game. There were a lot of things to kill you in one hit in that game so why not make it everything?” he says. However, even he appreciates how sadistic the difficulty was, having being selected to playtest the mode during development. “I had to be the one to test that on the team,” Johanas muses.”It was not pretty…”

So for the sequel, the developer rethought how it divided the game’s difficulties to match the new title’s design.

“We wanted one to compliment the game style of this game as well,” the director says of the decision. “This time we focused less on one hit kills; the game is more about the journey and managing resources, as you stay alive from beginning to end.” 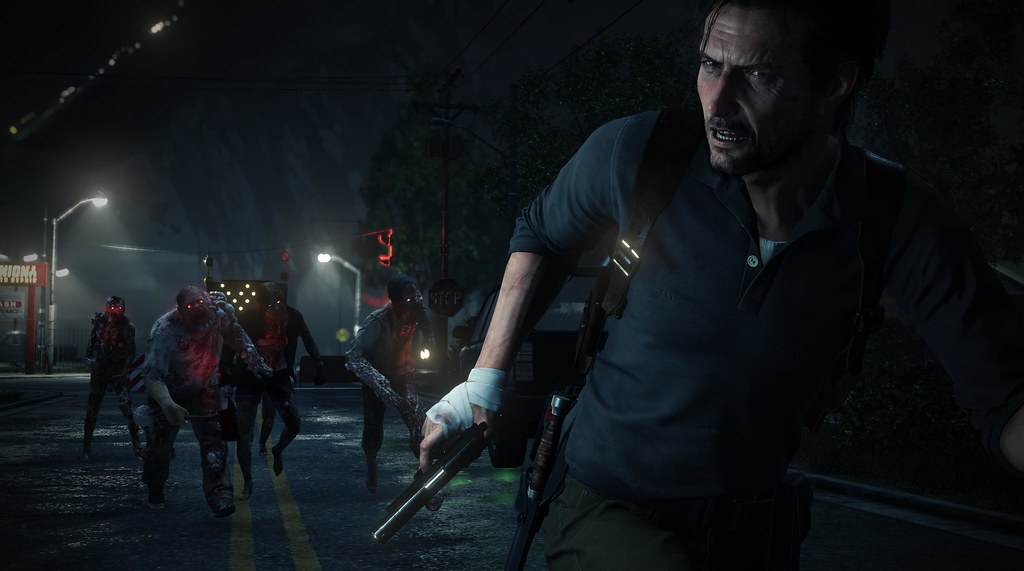 So, Nightmare was now unlocked from the start; resource management was still a necessity, and a lower ammo count meant you couldn’t blast your way through the story. It’s nowhere near as punitive as Akumu – you can take more than one hit and still survive (yes, really!) but Nightmare is still a mode only veterans should attempt. Its availability was the studio respecting both its fanbase and the fact that for many players, this wasn’t their first horror rodeo.

“I was always a fan of the old Resident Evil games and their bonus modes,” recalls Johanas. “So this mode was kind of a scaled back approach.”

Yet Tango Gameworks does offer an olive branch for those who like their difficulty sadistic with The Evil Within 2’s unlockable difficulty: Classic.

It takes a different approach to the brutality laid down by Akumu. While the lack of auto-checkpoints doesn’t sound so severe, you can only manually save seven times during the entirety of the game. Added to this, you’ll need to tackle the horrors ahead with a completely depowered Sebastian: you can’t upgrade the character or his weapons.

Once again, knowing the game’s systems and layout is paramount to making it to the end credits. “Back in the day you had limited saves, there were no skill trees or checkpoints so we decided to take those all away!” the director exclaims. “When there is actual risk to dying, the tension gets much more intense, I feel.”

While it’s not as unforgivingly punitive as Akumu or Classic, Nightmare mode in The Evil Within 2 is still hard as nails. Enemies can overwhelm and kill the player incredibly quickly, ammunition is in very short supply, and helpful features such as auto-aim aren’t available.

Additionally – and perhaps more terrifyingly – there’s no UI indicating the awareness status of enemies so players have to be super vigilant if they don’t want to get spotted. On top of that, many situations will have additional enemies or specially-powered enemies that don’t appear on lower difficulties.

However, Nightmare places a much heavier focus on the game’s crafting mechanic. There’s more crafting supplies to be foraged, though players will find themselves having to spend a lot of time scouring their environment for materials. In this mode, crafting isn’t just necessary – it’s the difference between life and death. 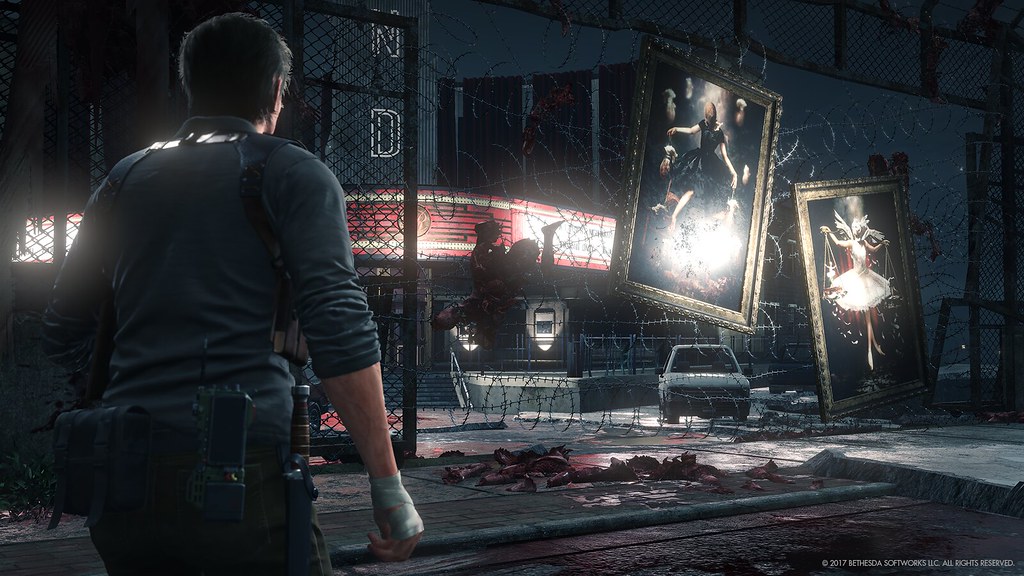 “If you are careless you will run out of resources and die, but if you utilise the skills we give you, you can get through it okay,” says Johanas. “The original game locked Nightmare for your first playthrough, but I wanted players who wanted a challenge to do it in their first run, so they aren’t expecting anything yet. So in that sense it is balanced for a first run of the game.”

“The best way to do it is to play it slow. On some of the more open levels, it’s absolutely beneficial to search for as many supplies as you can,” he continues, ”also make sure to use all of Sebastian’s weapons and tactics. Effectively using the crossbow, sneaking and shooting when the situation calls for it are key to surviving this nightmare.”

As one would expect Tango Gameworks took a lot of time balancing Nightmare mode – according to Johanas, the team was hard at work on QA and balancing right up until the last minute before it shipped.

“I was pretty meticulous in playing it over and over again and making slight tweaks to parameters,” he says. “But it gets hard after that since you know everything. That’s when I forced other people to play it for their thoughts. I’m not sure if they enjoyed it as much as I did!”

“I personally find it to be my favourite way to play, but we have people on the team who won’t even touch it!”

Classic however, Johanas states, is for those who know the game intimately. “You’ll know where to look and what encounters are coming up,” he stresses. “That helps out with rationing…at first we were worried that it wasn’t even beatable without leveling up, but our staff was nice enough to power through it and show that it was.”

You read that right: Sebastian will be unable to level up his own skills and weapons. Added to that, you can only save your game a grand total of seven times (it could have been even tougher – an earlier build limited the save count to five), and there’s no auto-save.

“Our recommendation for those who want to make it to the end is to really utilize every weapon and ability in Sebastian’s disposal,” the game director explains. “Sneak Kills, every gun and every bolt for the crossbow are key in approaching different situations.

“The enemies pack a punch like they do on Nightmare and they only get stronger as the game goes on, so you’ll want to keep a backup of gunpowder as you proceed through the game. Also try to figure out when you don’t have to fight, in order to save resources and lower your chance of getting killed.”

For those previous few saves you have at your disposal, Johanas recommends reserving them for prior to those sequences you know you really struggle on.  But there’s another, ultimate challenge the director lays down to players, given the results screen marks how many times you’ve tapped into your save allowance: “try finishing it with all saves left.” 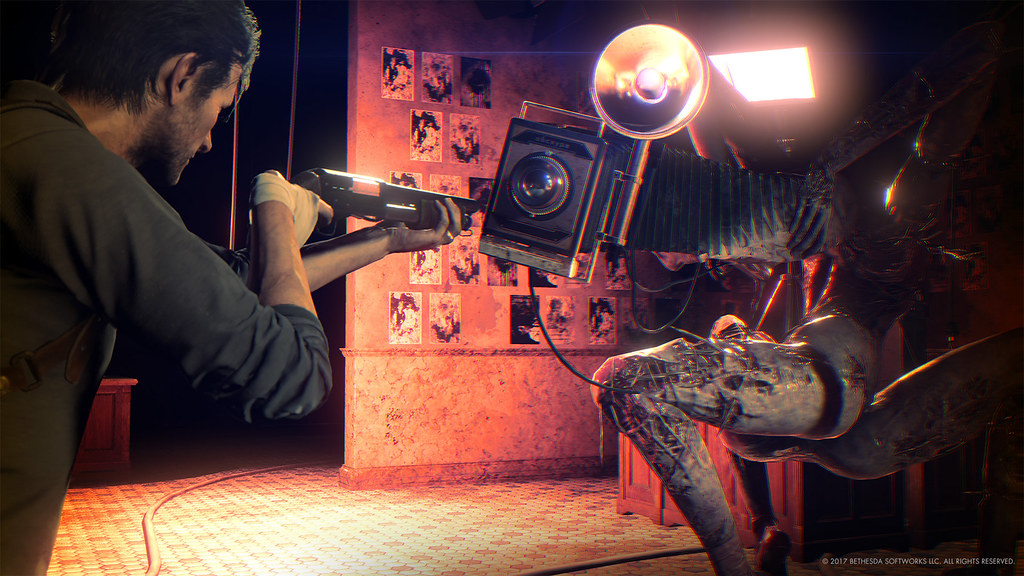 The developers survived them, so can you

The game’s been out now for a few weeks, and it turns out that a lot of players are trying the game out on Nightmare. Johanas says that even though that mode wasn’t massively popular at Tango, it was completed by everyone on the team.

“For some it took much longer than others, but I didn’t see anyone give up which means that it’s not impossible if you give it your best.” He’s even more surprised at the studio’s completion rate of Classic. “When we made the Akumu mode on the first game, no one on the team would even touch it,” he remembers. “This time a lot of team members voluntarily played through it to see if they could take on the challenge.” The question then: can you?

Read more in the Get Tough, Play Hard series

I’ve completed the game on October 20. Played almost 18 hours on survival difficulty and I had some hard times with the amount of ammunition. Now I started a New Game+ to punish and enslave the demons in the game and of course to feel like I’m a god :D I’ll probably the Classic mode just to suffer.

I know it’s not a developer article but they have to make some story dlc’s for the players. And I’m curious about Sykes.