Discover what we learned playing the game, with London Studios shooting by our side

Incredible fighting skills, a relentless need to save the day and (if you’re from the ’80s) slick one liners… who wouldn’t want to be a movie action hero? And with upcoming PlayStation VR exclusive Blood and Truth you can get up front and personal with all the high stakes hijinks that come with the territory.

With Sony London Studios‘ Director of VR Product Development Stuart Whyte, playing Riggs to my Murtagh, I popped on the PS VR headset following its recent Paris Games Week reveal, strapped on a virtual holster and we both explored a different side to my typical London life (or at least that’s what I tell my family)…

1. The London Heist was just the beginning

If you were one of the many fans of The London Heist from PlayStation VR Worlds, take a bow – it’s your passion which helped the creation of Blood and Truth.

“We were really excited that everyone loved The London Heist as much as we did,” says Stuart. “It was super-fun to develop, and there was loads of stuff that we wanted to do but didn’t get the chance to. So with Blood and Truth we really wanted to expand on what we did.”

So if you think of The London Heist as a short movie, Blood and Truth is a full blown feature film with all the explosive action you expect, but longer lasting and more detailed. In my play-through of the demo, I was using the PS Move motion controllers to intricately pick locks, then move around environments via pre-set waypoints, and even use closed circuit camera TV joysticks to remotely follow a shady crime boss through his casino.

“We’ve tweaked some design elements as well,” says Stuart. “You didn’t have an inventory in The London Heist, but now you’ve got side and back holsters, a tool kit and an ammo belt – it all adds to the flavour and toys you can play with.” 2. This is no mere Cockney caper

Sure, Blood and Truth is set in London, but, true to the increased scale of the game, the development team has stepped away from it being just a Guy Ritchie “guns and guv’nors” affair. Think bigger.

“We wanted to move in a slightly different direction,” explains Stuart. “The London Heist got the Cockney style down, so we wanted to expand and reframe that with all the action movies, games and set pieces that we love.

“We adore the grit and glamour of modern day London – high end casinos, museums, art galleries, tower blocks, seedy underworld alleyways, and so on, and we think that’s a great backdrop for a game like this. It’s important when using VR to use a variation of settings, so you really get a feel of London. And you’ll definitely see some recognisable locations.” 3. You play a combo of the three ‘J’s of action movie royalty

“We were heavily influenced by James Bond, John Wick and John McClane,” smiles Stuart. “We wanted the slick violent gun-fu ballet that comes from Wick; the military training, Britishness, multi-layered missions and spectacular set pieces of Bond; and the tongue-in-cheek, one man against all-odds vibe of McClane.”

And in the demo I played, all of these elements were evident in spades. From physically using my arms to clamber around in an air vent (“now I know what a TV dinner feels like”), and frantically planting C4 charges in a goon- laden casino, to blasting a fire extinguisher to set off a bullet time slow motion sequence where my every shot mattered, there were familiar references spilling out every few minutes from Blood and Truth.

Even the tutorial section feels a bit like when Neo first enters The Matrix’s stockroom as you get used to target calibration, holstering weapons (you can play right and left handed) and reloading. 4. You’ll learn and use some tricks of the trade

Looking flashy while taking down criminal organisations is an essential trope for any action movie hero, so Blood and Truth has crammed in a ton of incidental things you can do that makes you feel like the lead in a John Woo’s action flick, such as firing bullets to bring down rain-slicked alleyway ladders, twirling your pistol around your fingers, and shooting (or throwing back) grenades out of mid-air.

“You can also put an ammo clip down on the table and slam it into your pistol, as well as throw it in the air and catch it in your gun,” says Stuart. “We’re looking to add all sorts of cool things like that in the game.” 5. Every hero should have some theme music

When London Studios talks about blending the grit and glamour of the city, it also wanted to mix things up with the score, too.

“Our love for London comes out in the game’s music choice,” explains Stuart. “Our audio team experimented a lot and combined classic orchestral movie music mixed with grime. And if you get into a zone and start playing the game really well, the grime elements get dynamically introduced to the score.

“PlayStation has always been synonymous with connecting to emerging and current music trends from way back to the WipEout days, and the audio team really wanted to try something fresh. It’s a very modern London sound.”

6. You choose what type of action star you want to be

You may be a smooth shaken-not-stirred blend of the action genre’s best, but you’re still in the driving seat of how you want Ryan to go about his mission against a deadly criminal overlord.

“The drama in the London Heist could be intimidating, but it was very passive and one- way,” says Stuart. “So with Blood and Truth we wanted to give the player more choice.”

At the climax of the demo I played, I came face-to-face with slimy casino boss Keech, after chasing him through an intense firefight. I had a choice of either intimidating him with a warning shot or something a little more… personal.

“I typically shoot him in the knee, because that gets him to tell you exactly what you need pretty quickly!” admits Stuart. “When we play-tested it at first, a lot of people didn’t realise you have choices when you catch up to him, because they thought it’s going to be a fail state, but it’s not!

“This sort of thing in the story was important, as players really loved the conversations and object/people interaction in The London Heist. So we wanted to take things to the next level.”

look great but when are we getting PSVR – CUH-ZVR2? all looks great but HDR passthrough is a must for me 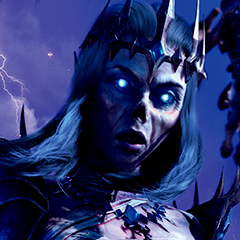 Im waiting for the new model too. Ive heard from someone who supposedly spoke to a Sony rep that it doesnt come to Europe until March/April. Obviously not official though. 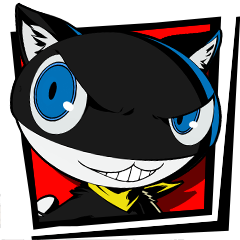 March/April would suck, really want to pick up PSVR this holiday but it needs to be the new model (ideally the Skyrim bundle). Come on Sony :(