Dev details how to show off your magical prowess solo an in local co-op in fast-paced fantasy, out early next year

No wands, long beards, nor drawn out incantations needed here. Wizard of Legend is a no-nonsense, action-packed take on wizardry that emphasises precise movements and smart comboing of spells in a randomly generated dungeon crawler you can go at alone or with a friend.

The dev team of Contingent99 is two high school friends who decided to tackle game dev co-op style. The two are big fans of action and fighting games, so they’ve made fluid combat the main focus of the game. Think of Wizard of Legend as a pixelated hybrid of Devil May Cry or Bayonetta style hack-and-slash with Street Fighter combos and super moves.

Combat in Wizard of Legend revolves around using magical spell cards known as arcana. Each arcana is unleashed with a simple button press. Unleashing them in quick succession to create a combo will become second nature, as you navigate through the challenges of the Chaos Trials. While you begin the game with just a handful of your favorite arcana, you’ll quickly discover more as you progress, boosting your hand and allowing you to pull off longer, more devastating spell combos.

With over 100 different arcana to find and master, there are countless combinations of starting hands to suit your play style. In addition, you can equip magical outfits and relics that have a wide variety of effects, ranging from summoning helpful familiars, to raining down lightning on all enemies in the area. Each run through the trials will allow you to permanently unlock additional tools that will help you achieve victory, and shopkeepers will help you even further with the different currencies you collect.

You can also grab a friend and tackle the Chaos Trials together in Wizard of Legend’s couch co-op mode. While jumping headfirst into the Chaos Trials as a duo will increase the difficulty of the run, it also allows you to come up with strategic synergies only possible when teaming up with another wizard. Also, the fun isn’t over when your friend goes down in battle, as defeating multiple enemies in a show of skill will grant your partner a new lease on life!

We can’t wait for you to enjoy Wizard of Legend’s fast-paced spell-slinging, single-player or co-op style, early next year!

God this looks so damn sexy. Can’t wait to get my hands on it :)

that’s what she said 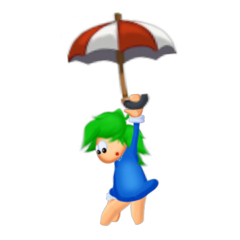 Could be great.. plus it has co-op.

Good thing it has a co-op, yey will play with others then:)