Hi there, my name is Pedro Sousa, from XDev. I have been working closely with Supermassive Games on Bravo Team, and we would like to give you some insight on the development process and how the team at SMG made sure this shooter is playable with Aim, Move and DS4 controllers.

SMG learnt a lot about the different ways that controllers can make you feel when they made Until Dawn: Rush of Blood. A frequent comment from players was that they felt so drawn into the game that they actually forgot they were holding a controller. Instead it became part of them as they explored their new world. 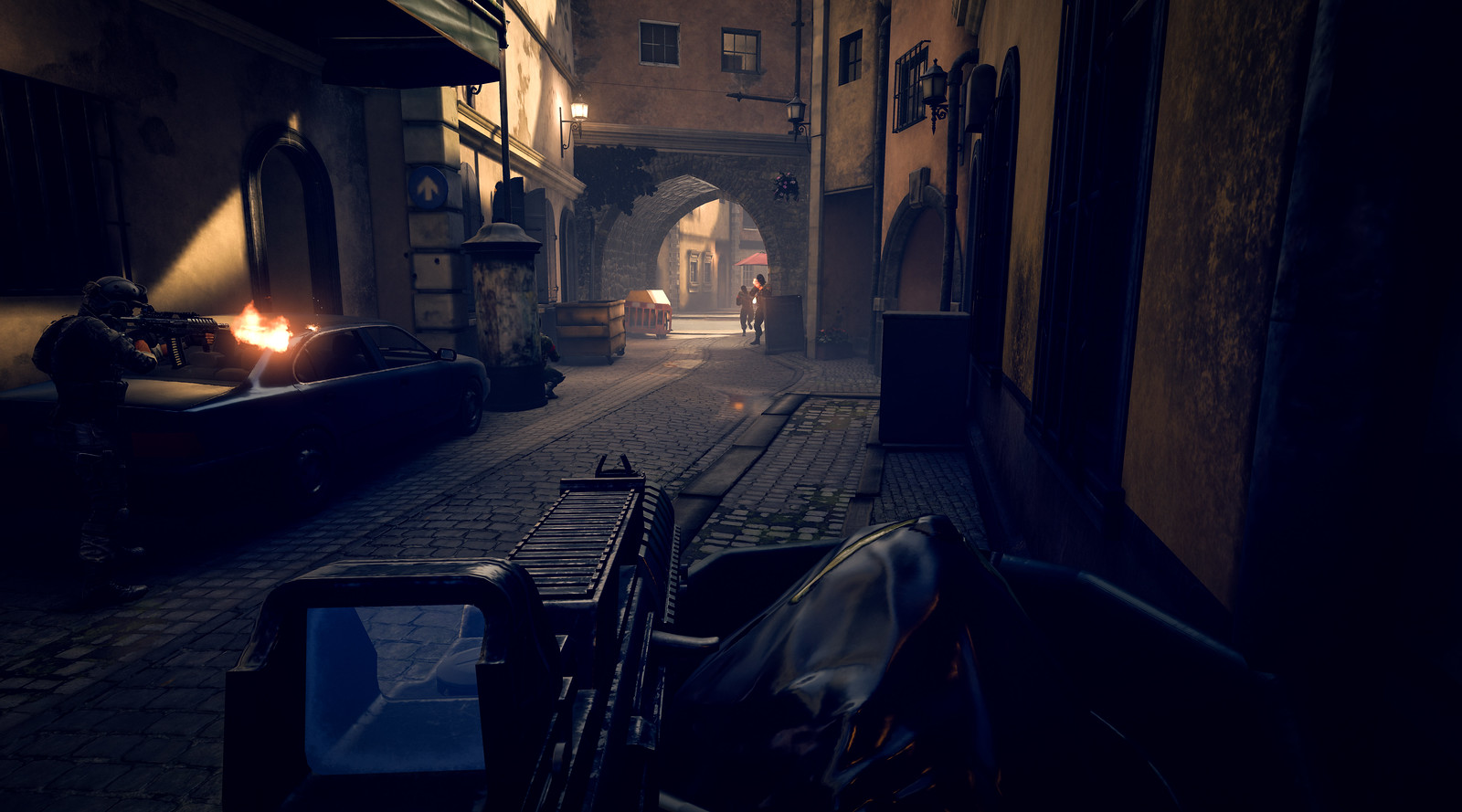 We were really keen to replicate this kind of feeling in a shooter so the development team looked at the different ways players become immersed in their gameplay and tested a host of styles to see what would be the most effective.

How the Aim Controller impacts your Bravo Team experience

The guys at Supermassive Games got their first look at this peripheral before Bravo Team was in development and the team saw the potential straight away.

The chance to give players something that would mimic the physical feeling and stance you take when of holding a weapon was something that especially appealed and they felt would be instrumental in drawing players further into the world that was being created.

The early days of development saw the team using the Aim Controller to experiment with an assault gun style rifle. They would hold the Aim Controller high to look down the sights and take down targets and rest it gently in their hands as they lay in wait, ready to take aim at a moment’s notice.

As time went on, they looked at what weapons would best allow to integrate the rumble mechanics of the controller and provide accurate feedback to further enhance the feeling of firing a gun and draw players even further in. The storyline led them to try out shotguns and sniper rifles, both of which worked brilliantly with the peripheral. 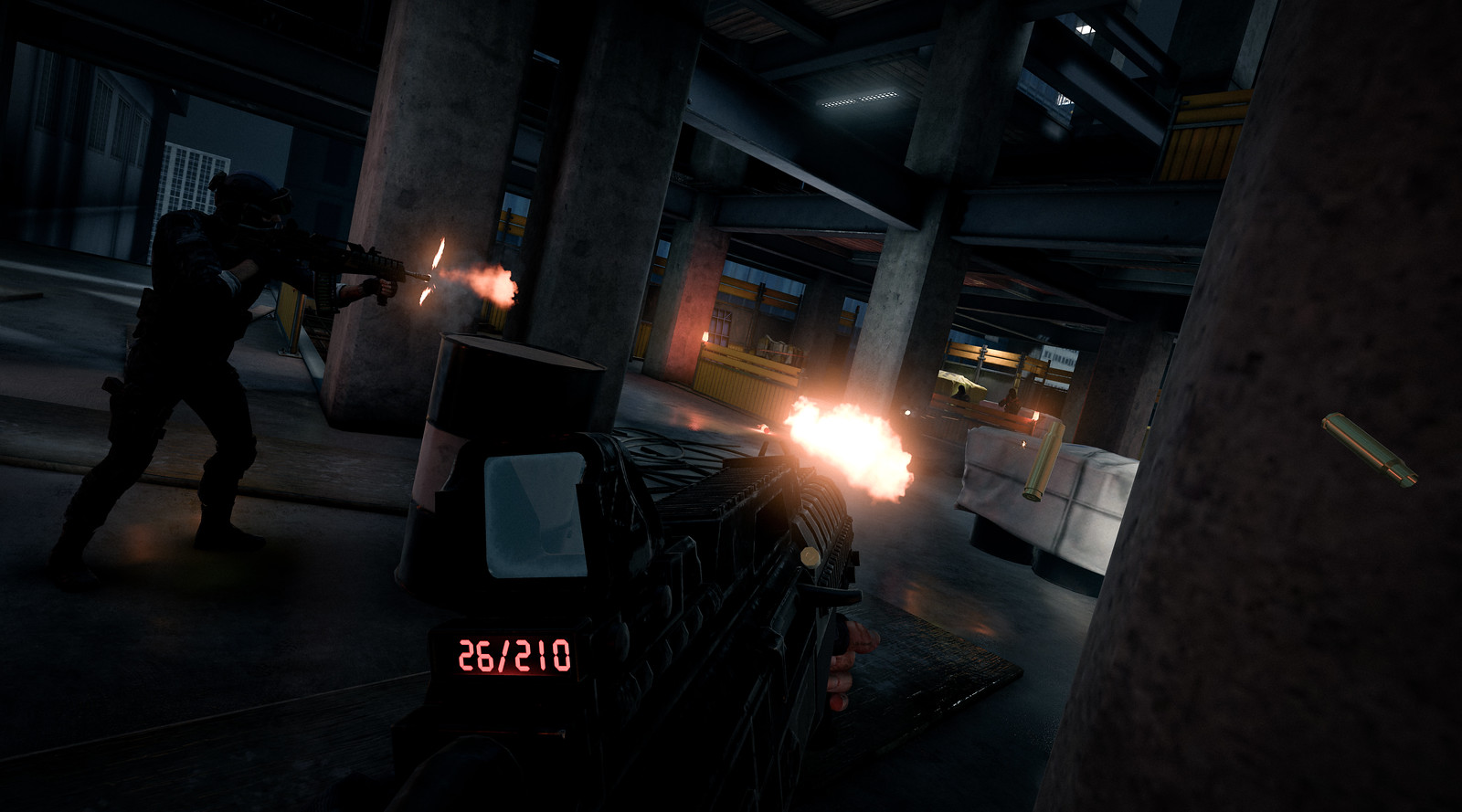 Once we were happy with what players using The Aim Controller would experience, the development team wanted to look at what they could do to make sure that players using Move or DS4 controllers would have an equally great time.

Supermassive has had a huge amount of positive feedback from players regarding the Move Controllers and has used them in a number of different titles to great effect, (including The Inpatient and Until Dawn: Rush of Blood) so we felt it was important to ensure that Bravo Team supported these controllers.

We tested a number of different ways to see what would work best and provide the most natural and immersive experience. The solution encountered by the team at Supermassive was to treat each Move controller as a part of the same gun in the game. This means you get a really intuitive experience as your hands are in the same positions as your virtual hands, so aiming and shooting comes very easily.

Of course, you don’t need to have any special controllers to be able to enjoy Bravo Team, as the game fully supports DS4 as well.  For this, Supermassive had to find ways to draw the player in and make them feel like their controller was an extension of themselves and their gameplay. 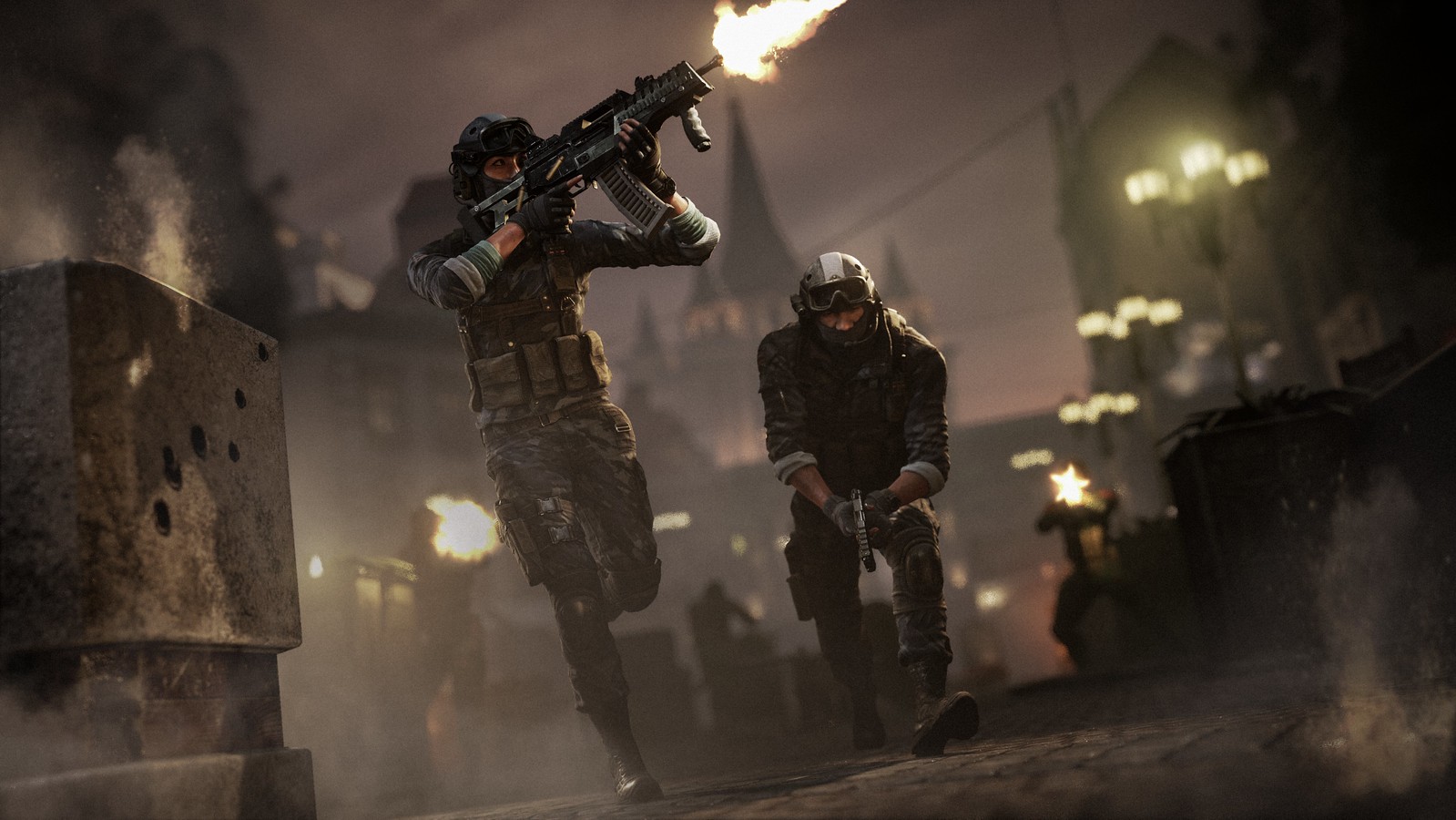 You can raise the DS4 and bring it up towards your eye-line to aim down the sights, aim it left and right which will move the gun in your chosen direction before you shoot. Although you are still holding it in the traditional manner, these commands very quickly become second nature and deliver a great experience.

Keeping a close eye on your surroundings is really important in Bravo Team; you never know which direction the next threat could come from. Players can rotate their view 90 degrees to the left and right instantly, simply by flicking the left stick in either direction. This allows you to react instantly to threats coming from the side and even behind them!

That’s all from me today, we have so much more to show you in Bravo Team, launch is just a few days away now and we can’t wait to hear what you think.

Is this like Farpoint where you get to properly move around in the environment with the Aim, or is it just fixed point?

Also, how many levels are there, because i’m not seeing much variety. I was excited for this at first, but from what I’ve seen so far, I’ve not been impressed.

I was very excited at first, but without PVP mode this game does not worth a try for me! just very limitted PVE experience, I prefer to continue my Skyrim VR experience…Oh and pray for possible Fallout VR on PS4… sad days to be PSVR owner… 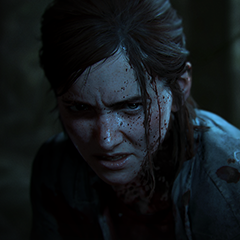 Farpoint didn’t have PvP at launch so maybe these guys will add it in as a free DLC as well. These guys are pretty invested in VR (three solid games already) so I wouldn’t count them out. Also, totally agreed on Fallout 4 VR. Skyrim VR is my favorite VR game.

I think they can easily bring some old school titles with lower graphic (that PS4 can run it at 90 fps), such as Bioshock or the like to PSVR, and it will have tons of fans and buyers! I personally will buy every VR FPS old school games if they make it! Imagine a world full of old titles like Skyrim in VR! I will not even need other VR games for long long time!

Really cool to see these guys already have another VR game coming out. The Inpatient only came out like a month ago. I really liked Rush of Blood and bought that and The Inpatient but have yet to play The Inpatient (so many games I own and need to play). I was only slightly interested in this game until I just learned Supermassive Games made it. Vibrations and two handed gun wielding with Move controllers sound cool. Just curious about your freedom of movement within the game. Will def read up on the game more.