Heyo! My name is Mihir Sheth and I’m a senior combat tech-designer here at Santa Monica Studio. Now that God of War has been out for some time – and plenty of players have experienced the combat themselves – I wanted to take a moment to talk about “Give Me God of War,” the hardest difficulty mode available.

As many of you have likely noticed, Give Me God of War sets itself up ominously with bold red text stating that the difficulty cannot be changed mid-game. It’s not for the faint of heart!

As you face it for the first time you’ll likely be overwhelmed during the opening hours of the game. Hopefully this post (along with the plethora of great player-made resources already online) can remove some of the mysticism behind the difficulty mode, and offer some advanced combat tips and techniques in the process! 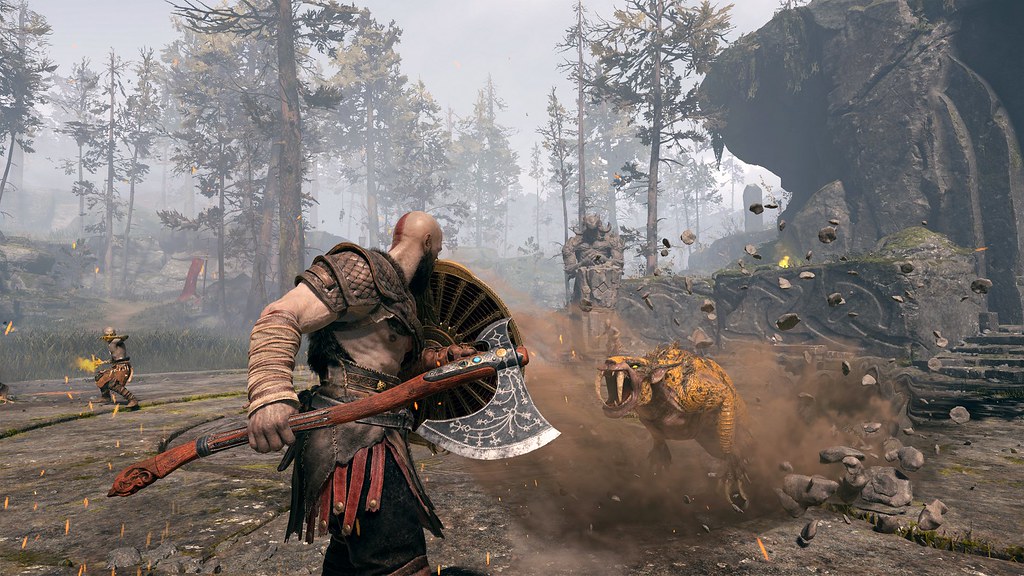 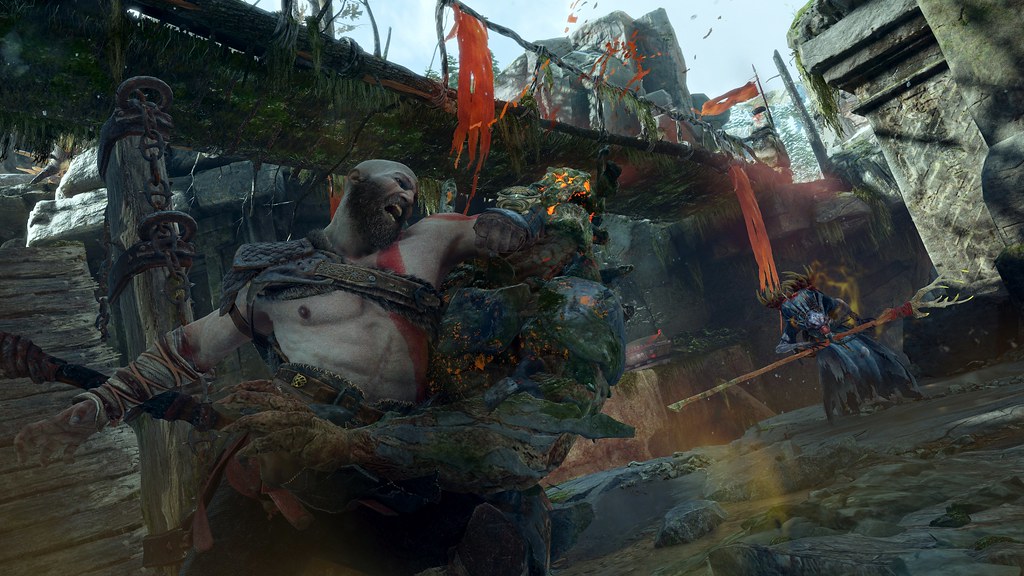 There are several changes happening behind the scenes in Give Me God of War, each of which is aimed at rewarding intentional and knowledgeable play. Here are a few of the more notable changes which take effect: 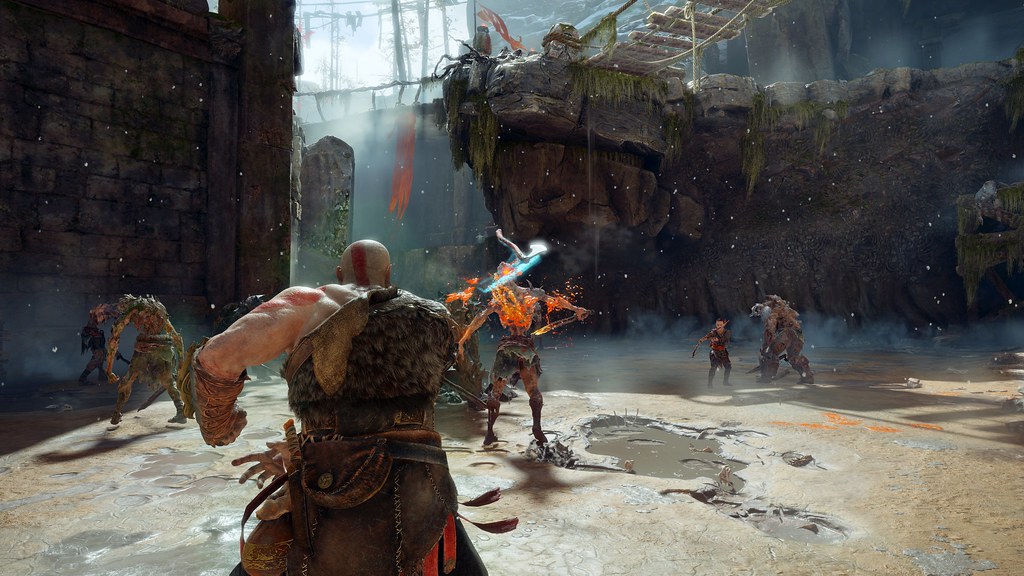 All of the following tips and techniques are possible to do in the very beginning of the game before any skills or equipment have been purchased. Most of these are aimed at handling enemies like the Draugr since they will appear everywhere in your journey:

And there you have it! If one tactic isn’t working in a fight remember to take a breath and think about if there’s another way to come out victorious.

Thanks for reading and I hope you’ve learned a thing or two to help your gameplay (regardless of whether you’re playing on Give Me God of War or not!). It’s an uphill trial of skill and patience, but with the right knowledge, technique, and tenacity the journey will be worth it.

See you at the top of the Mountain.

Some of these I knew and some of these I didn’t. Thanks very much. :) Still enjoying playing through after-story stuff on my initial difficulty setting but may attempt the hardest one at some point soon. :) 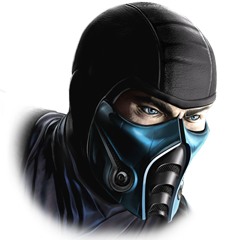 I have to say I’m so disappointed with this game, I knew it would be different but not this different. Really struggling with the difficulty on this game I’m playing it on easy and have died so many times. Plus the puzzles confuse me so much it’s so difficult knowing what to do some times without YouTube to find the solution. Had this game since launch and have yet to complete its a shame has I was looking forward to this but much like horizon I’m struggling to enjoy the game.

This is a joke right? The puzzles are almost all very simple and Normal difficulty is very easy to get through and finish. Easy mode feels like it’s done for people who absolutely struggle playing video games perhaps due to possible medical issues (of which the extra accessibility options are necessary and welcome). I probably died only 20 times most during about 40+ hours of Normal mode (and some of those were just be being silly and trying to open them rift seals where very powerful enemies come out of before I levelled up enough). The game only really gets challenging on the higher levels especially the above-mentioned God of War max difficulty.

[DELETED] unfortunately I miss things that most people spot very easily it just makes the game frustrating for me and I just wish it did hints much like uncharted does. I think if they made could make his son say a few hints but what he does instead is say the same thing over and over until I just end up turning the sound off.

I just think the game does a poor job of explaining things to the player some time.

The puzzles were puzzling at some points, but like all puzzles, you look around and work it out eventually. They’re not that hard.

As for the combat? Git gud.

Finished on this difficulty. And i forgot all the puzzles in the game already, because they were so easy. Though i remember queen of valkyries encounter very well. Took like 5-6 hours to defeat that thing.

God of war games never were easy. And this game (gow4) is probably the hardest one. Really enjoyed this one, thank you Sony ;)