Unexplored is a top-down, real-time dungeon crawler, a roguelite that feels like a roguelike. I remember my first minutes with an early build of the game vividly, mainly because I was absolutely convinced that Joris Dormans, Unexplored’s creator, was pulling a prank on me.

Unexplored was in early development, so a lot of stuff was still wonky, but there was one level that caught my eye. Its main feature was a large chasm in the centre – a chasm with a room floating in the middle.

Of course, this was the room where I could find the sword I needed to defeat the giant bat that would be waiting for me one floor down. I knew this because I had collected and read the ‘books’ I had found on the previous floors. 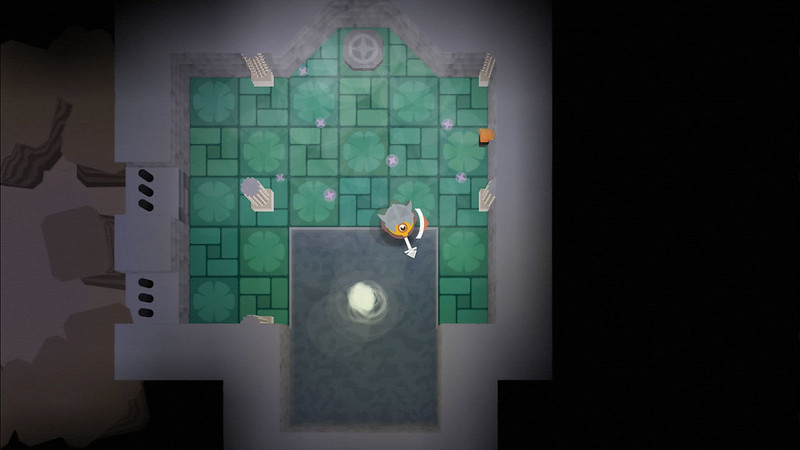 Every book handed me a little piece of the puzzle that had led me to this level and the mysterious room above the chasm. I killed some kobolds, forced open a door, and found the teleporter that zapped me to the room where I finally laid hands on this magic sword.

“I came up with something…”

I looked at Joris, who was watching me play, and said “This is not randomly generated! You made these levels by hand! You’re trying to fool me, you… you…” I failed to come up with a clever insult, but Joris started grinning and shook his head. 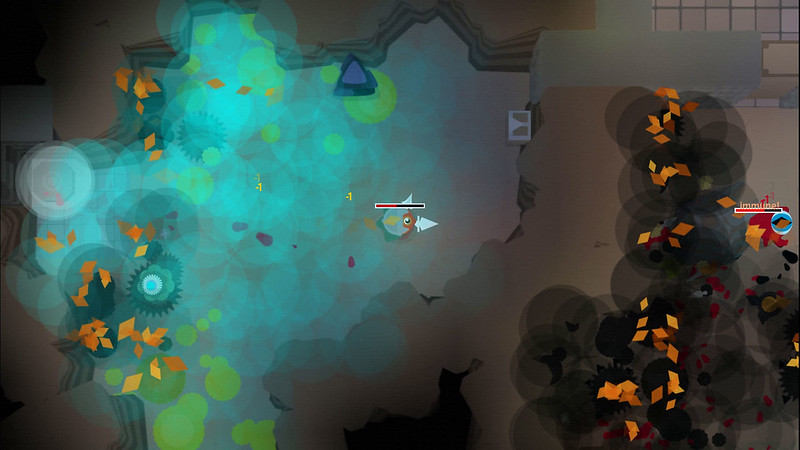 These levels were, in fact, randomly, or as we like to call it, procedurally generated. The foreshadowing, the ‘treasure hunt’, the circular layouts, they all felt so natural. “I came up with something,” Joris said with a broad smile. He then launched into a passionate explanation of that ‘something’.

Usually, random level generation uses branching paths. The game generates a start and end point, creates a path between them and starts adding branches. In a simple, schematic way that looks like this: 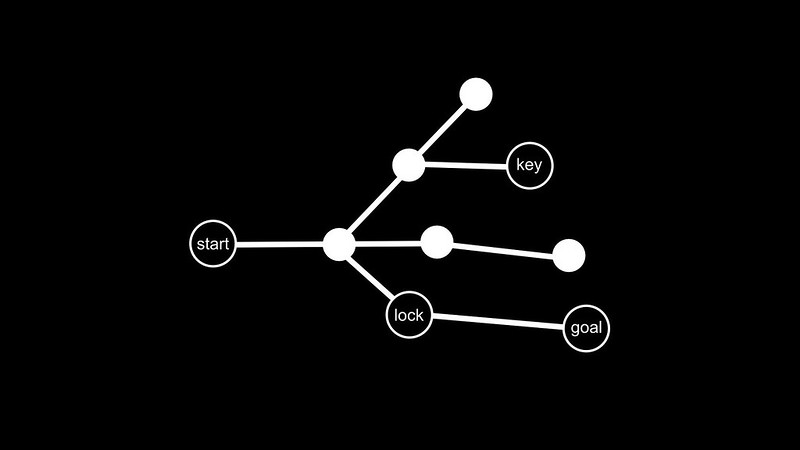 Joris’ concept was as clever as it was simple: replace the branching paths by cycles. That look a bit like this: 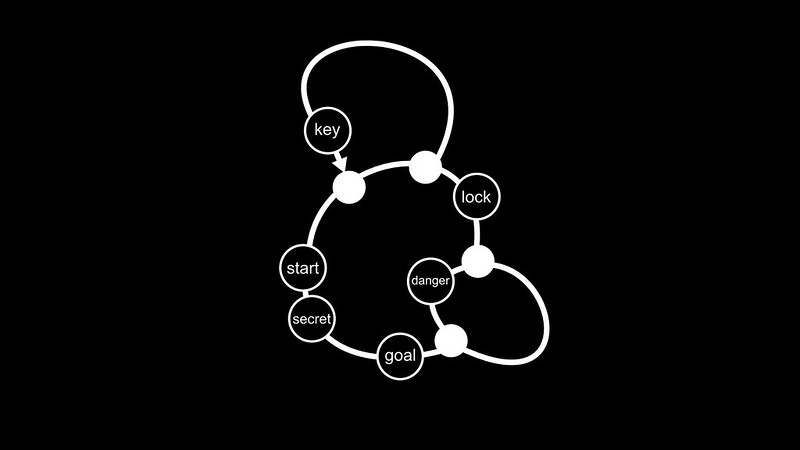 After playing a couple of more rounds of that early build of Unexplored, I felt I had to be involved with the game. Its looks won’t sway everyone, but I liked the simplicity. I liked the dual wielding real-time combat. But most of all I loved the dungeons. So, I joined the project as composer and sound designer.

That was two years ago. Now, Unexplored is heading to PlayStation 4 so you get the chance to play it for yourself. It’s not an easy game, the perma-death makes it a tense experience, and beating the entire dungeon will take more than a couple of attempts.

But each time you die, there’s a little piece of music to lift you up and get you back on your feet for another try. It’s a piece I’m a bit proud of, but you’ll probably hear it more often than you’d like. Unexplored: easy to play, easy to die.

Unexplored: Unlocked Edition (it contains the full game and all released DLC) will launch on PlayStation Store later this summer – exact release date will be announced soon. To stay updated, please follow @PlayUnexplored on Twitter.