Here’s your first look at Shadow War, the fourth DLC pack for Call of Duty: WWII

“Thematically for this pack, we wanted to push the fiction as far as we could, have a lot of fun with it, and give the player a sense of creativity as they play,” said Matt Abbott, Lead Multiplayer Environment Artist at Sledgehammer Games.

For Multiplayer, Shadow War adds Airship, Chancellery and Excavation, which all take place in major enemy locales. We know how our PlayStation Blog readers love to get an edge on the competition, so we turned to Greg Reisdorf, Multiplayer Creative Director at Sledgehammer Games, and Adam Iscove, the studio’s Multiplayer Development Director, to get some major tips for each new map. 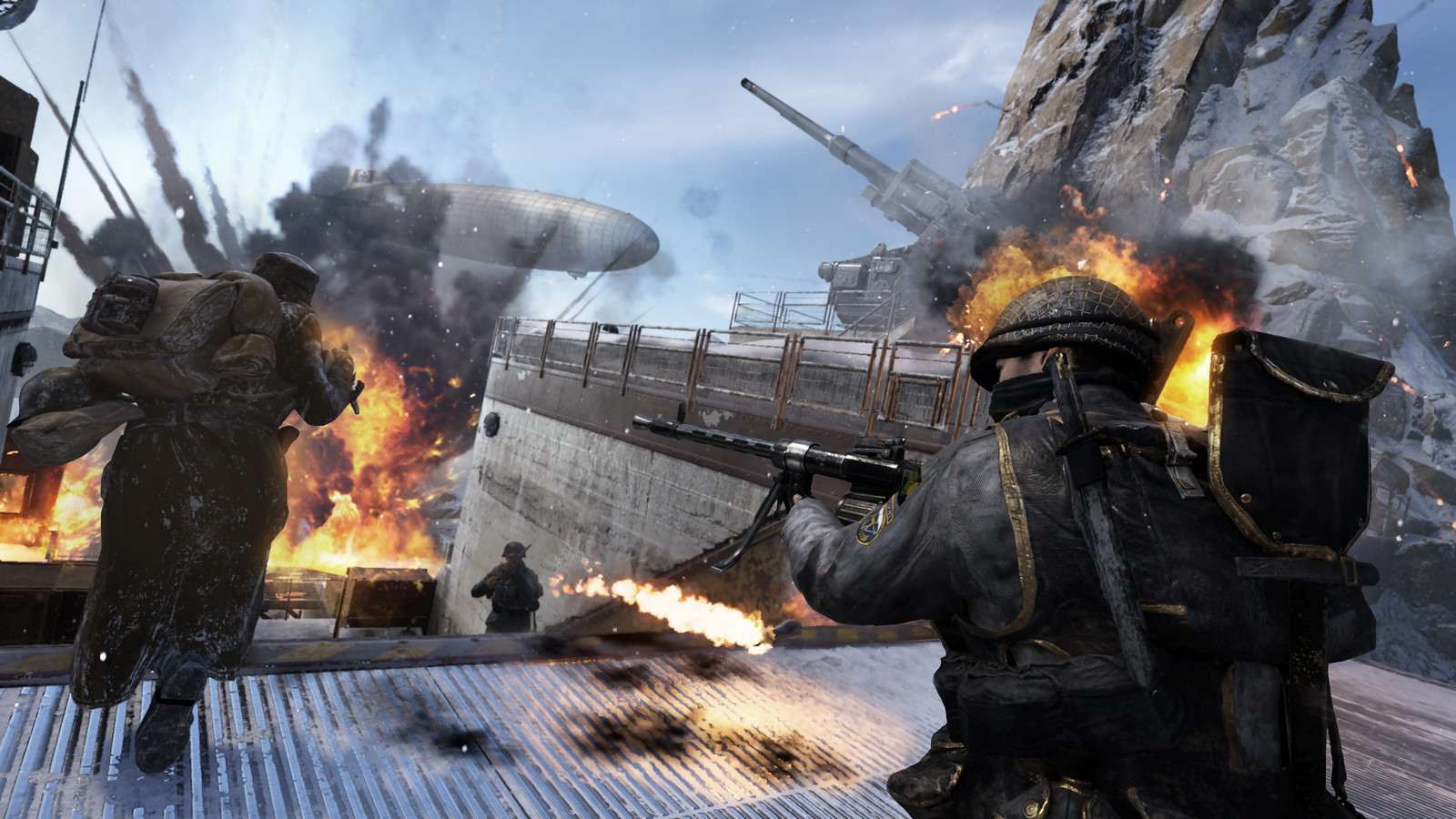 Set in a secret enemy base high in the Alps, Airship takes the battle to new heights. Fight for control of the docked zeppelin, or take your chances running along a treacherous cliff, where one slip up can lead to an unfortunate trip down the mountain that will end in a respawn.

“I like trying to control the blimp,” Reisdorf said. “But if you notice your opponent is kind of owning the airship, there’s a couple of sneaky vantage points you can utilize that are from either spawn.”

The enemy forces have taken hold of a French Chancellery, but they won’t expect a chaotic firefight in the middle of the night. Wrest control of the stronghold’s main courtyard, while covering your team from the flanking pathways to the map’s main area for this epic night-time brawl behind enemy lines.

“It’s all about the windows,” Reisdorf said. “Being able to hold those two buildings across the courtyard is a lot of fun if you can get up there with a buddy, or plant a deployable, to watch your back.”

“And you can get in those trucks in the courtyard too,” Iscove added. “There are always people who will run to the courtyard, and likely not checking the backs of those trucks. So, if you’re in there, you can surprise them.” 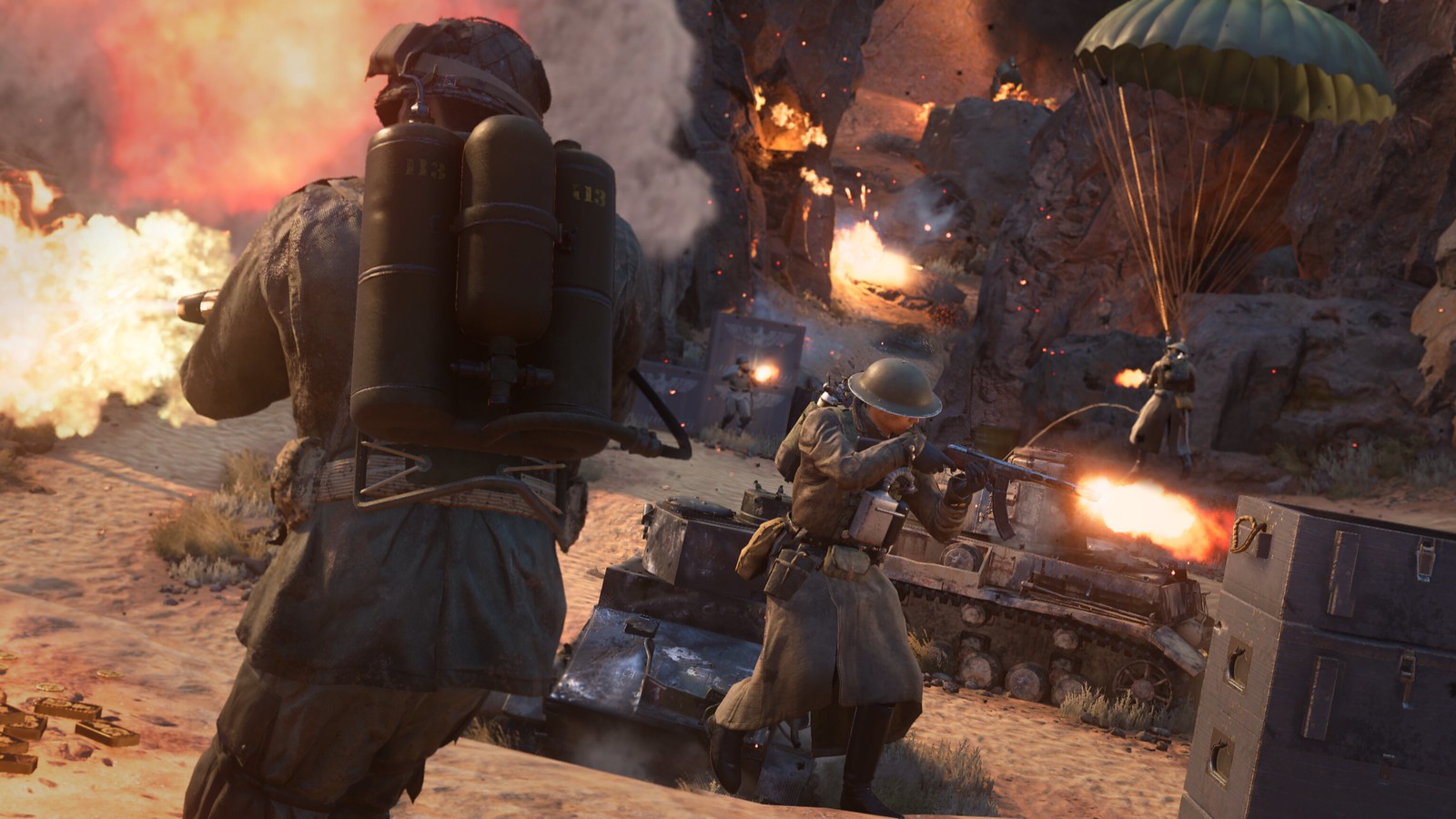 In an Algerian mine, the enemy stockpiled priceless art and gold from their European conquests. The battle will ensue around these pillaged goods, the dunes of a tank graveyard, and rock outcroppings scattered around the map.

“There is hole in the middle of the map where you drop onto this pile of gold coins and valuable fine art,” Iscove said. “There’s always somebody either coming or going that way, so it’s a fun place to drop in and surprise people, or crouch and wait for them to come down.”

On top of these Multiplayer experiences, there is also Operation Arcane, a new War Mode Mission that will take players deep within a secret enemy research facility in the Austrian mountains. Allied Forces players will be tasked with infiltrating this lab, stealing enemy secrets and schematics and finally destroying whatever classified technology remains in a hanger full of UFOs.

Of course, being that it is a research facility, there are a few clandestine weapons, such as the Tesla Gun, and mysterious super soldier serums that players can use to help turn the tide of battle.

“There’s one serum where you get a sword and you have five times your normal health,” Greg said. “As a team, we had a lot of fun with these, because we’ve had tons of concepts and ideas throughout development, and together with the team at Raven, we wanted to go all out with it and see what we could do.” 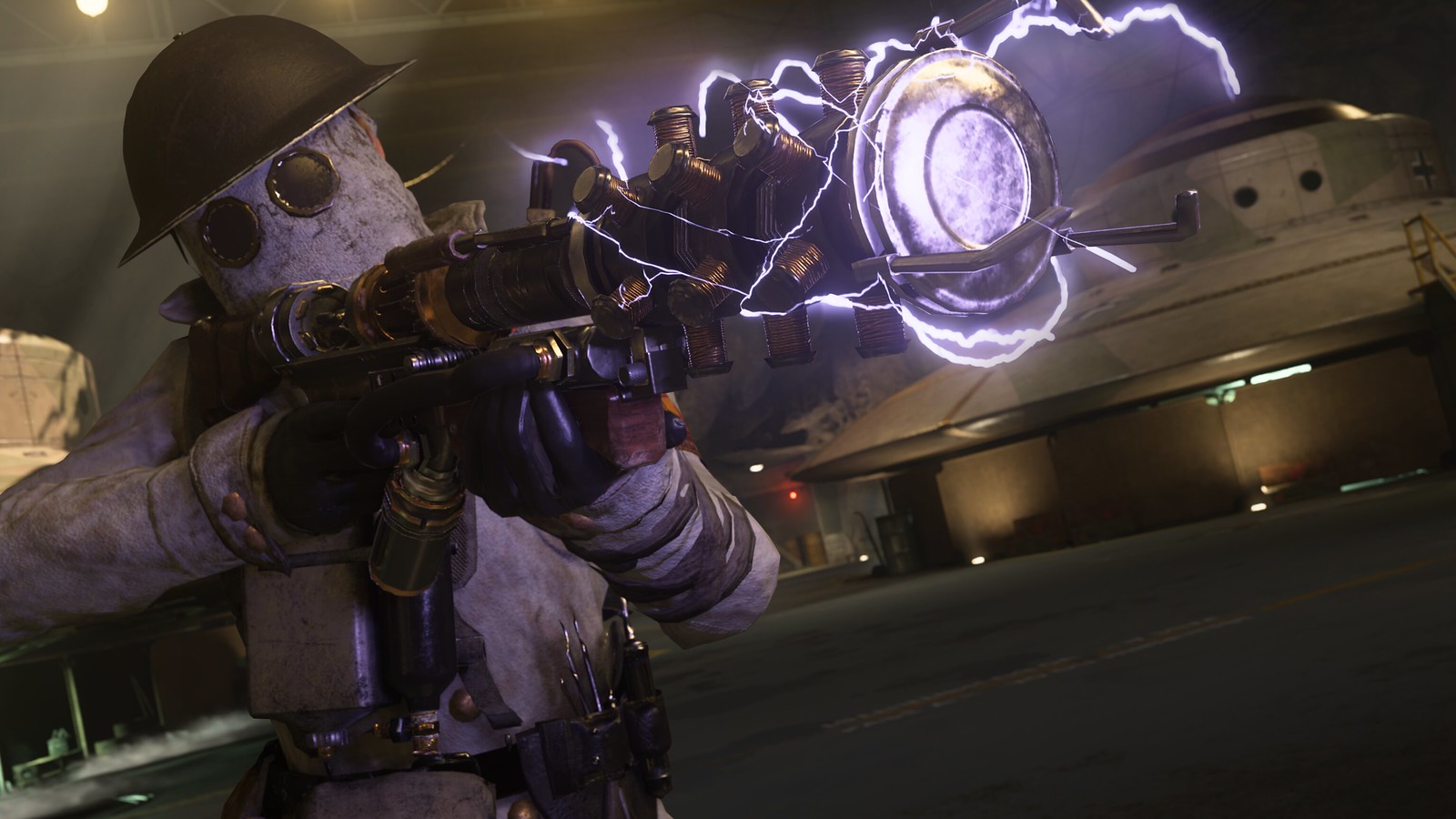 Not only will Season Pass and Shadow War owners enjoy all this new content, but those who don’t own Shadow War can party up with Season Pass owners and join in on the fun for free from 28th August to 28th October. Season Pass owners simply create an in-game Party, act as Party leader, invite friends who do not own Season Pass or Shadow War, and fight together across the brand-new Shadow War Multiplayer maps and War Mode mission.

Whether you already have the Season Pass, are deciding to pick up the DLC pack when it drops or are ready to Party Up with a good friend, we hope you enjoy the Shadow War when it comes out first on 28th August on PS4!

*Party Up feature access will end on or before 28 October 2018 and may be discontinued in Activision’s discretion. Season Pass owner must be Party leader to enable feature.

Shadow War? Isn’t that an utter failure of a a Lord of the Rings game or something?