The story behind Destiny 2: Forsaken’s stunning new PS4 Theme, out on PlayStation Store next week

I’ve been drawing since I can remember and playing video games almost just as long. I grew up in the late 80’s and early 90’s when gaming was young, and fan art was just something I did on pieces of notebook paper that I crammed into one of my school folders.

I remember spending hours copying the artwork of my favourite games from Nintendo Power and GamePro magazines. Having my hands on a new GamePro was like holding treasure in those days. I actually think I learned most of my anatomy at that age from all of the Mortal Kombat and Street Fighter artwork that I copied from those pages. I still have some of those magazines to this day.

For the Forsaken Theme, I originally had the idea of creating two images that complemented one another in layout. My original idea was to have the first image based around a focus on Cayde-6 and the second image with a focus on Uldren Sov and his Barons. I also wanted to make sure that I worked the design around how it would be viewed on the PlayStation. This was the most difficult part, because it limited the viewable space I had to work with. 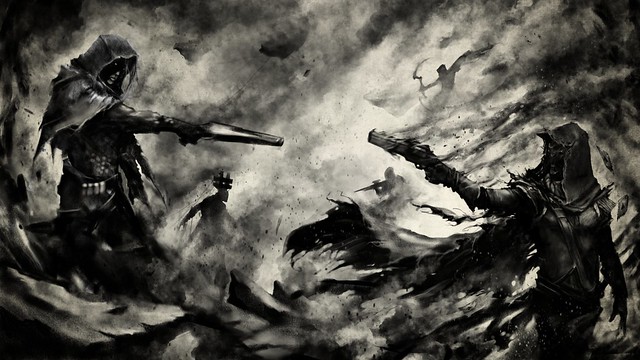 Early concept art of the Theme

After some initial sketching and placement, I decided to bring Cayde down a bit on the right which is the most prominent viewing area for the main screen. This would leave me with a lot of open space to work with and instead of placing Uldren on the second image I decided to place him with Cayde in a standoff sort of position.

I liked the result better because the characters didn’t feel so disconnected and there was more tension between them this way.

I think the foundation is the most important part of a drawing. If I can get to a happy place there, everything else falls into place.

Using charcoal as a base

The skills I’ve learned in drawing are mostly self-taught, but I do attribute the biggest shift in my art process to my time in college. Programs for digital art weren’t as accessible and affordable as they are now outside of school, so that left me learning a lot from my foundational classes and figure drawing with traditional media. Drawing with charcoal became a passion of mine, which is where my deeper love and enjoyment for black-and-white media really comes from.

My figure drawing classes changed my thought process in how to approach drawing a subject. We studied gesture a lot, and that’s where I began to learn how to create form by using shape and value as opposed to line work. This process is evident in the time lapse videos of my Destiny artwork and also with the Destiny Forsaken Theme, which releases on PlayStation Store next Thursday, 20th September in Europe.

I start sketching with the vine charcoal brush trying to create interesting shapes and then use the airbrush eraser to pull out the lights and highlights. This essentially creates the subject or subjects that make up the image. The process is similar to using charcoal and a kneaded eraser in traditional charcoal work on paper.

When I bought my copy of Destiny in October 2014, I could never have imagined the impact it would have on the next four years of my life. I started creating fan art in 2015 as just a way of expressing the love I have for the characters and the Destiny universe. The artwork I created then was so well received that I decided to keep making more. I have played Destiny almost exclusively since its release and when Destiny 2 was released my wife started playing as well. 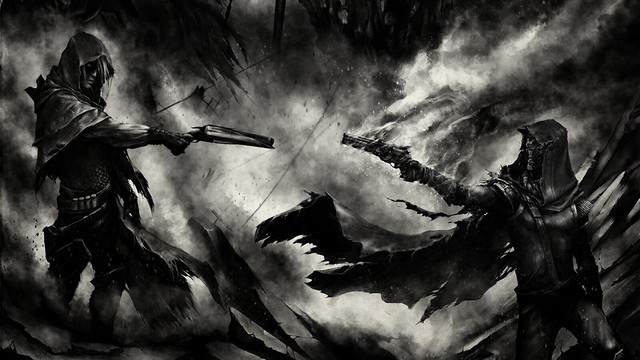 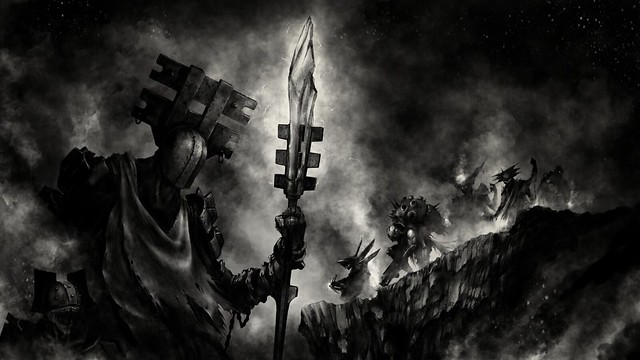 The dark aspect of Forsaken really fits the “feel” that I have for the Destiny universe, and how I have always pictured the characters that I draw. The surprising reveal of Uldren Sov’s betrayal and Cayde’s death has re-ignited the community and gives real motivation for pursuing revenge in Forsaken. It really is an exciting time for Destiny 2, even though we are losing one of its most beloved characters.

On a final note, I can’t wait to see the new raid within the Dreaming City of the Awoken! It’s always exciting to watch the race to see who solves the puzzles that Bungie has laid out in front of us. As Cayde would say: “There will be a ton of loot!” 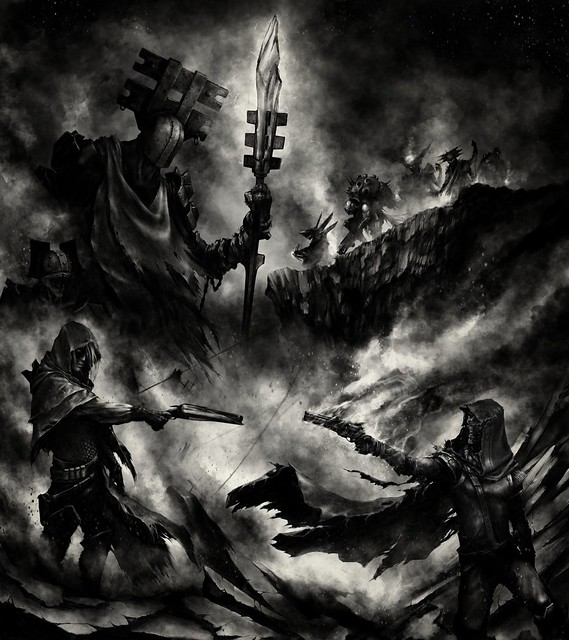 I might try it out but aside from themes with large areas of simple colour the PS4 UI generally looks very busy when you have any kind of background on it. I always end up going back to the default colour options.

I wish we could use a colour picker to make our own default background although the stock colours are alright.

A colour picker would be great!

@Barrow30 You know what’s better than that? An option to select audio from an MP3/MP4 file from on a USB connected to the PS4! If that ever happens (I doubt Sony would implement this and have the PS4 paid theme sales decline, thus losing money and screwing their company’s shareholders) I will finally consider using custom wallpapers on my console.

That was really great back then on the PS3, where you could create your own themes, with your own audio, images and icons.

My favourite theme by far is still the Firewatch one. It was a little more expensive but SO worth it. Beautiful colors and composition. Almost used it exclusively this entire gen. Also like the Everybody’s Gone to the Rapture one and Cyberpunk Alley. Would use the Uncharted 4 one with the fishes more often if it weren’t for those ugly icons too. This one seems a little too dark, especially for a background. And it HAS to be dynamic imo.

The Autralian government should not only forbid lootboxes, they should also sue Activision for gross mediocrity.