The most memorable gaming moments of 2018, as chosen by PlayStation developers

Top creators share their personal gaming highlights from the past 12 months, featuring God of War, Red Dead Redemption 2 and more

Teaching Atreus to hunt in God of War. Partnering with a robo-pal in Astro Bot Rescue Mission. Sharing stories around a campfire in Red Dead Redemption 2. The list of amazing gaming moments goes on and on this year.

We reached out to a selection of PlayStation developers to share their personal favourite gaming moments from 2018. We’d love to hear yours as well in the comments. Be warned though: spoilers ahead!

“Walking around the Acropolis as if I was living in 431 BC felt incredibly cool. I’ve always loved Greek mythology, and this moment made me realise how many times I tried to picture that ancient world. Ubisoft brought it alive (so vividly) with a wonderful interpretation of the ancient Greek stories.”

2. Returning home in God of War

“Kratos returning home to dig out whatever was hiding under that rug in his house (spoilers!!). That entire scene was charged with so much intensity. Loved it!”

“Capturing the white Arabian horse in the wilds in Red Dead Redemption 2. Then coming in and telling everyone about it at work.”

4. Beating the last Valkyrie in God of War

“Going through the big emotional journey with Kratos and Atreus to the end and getting two new realms to explore and seven more (total nine) Valkyries to beat. What a treat 2018 has given me and millions other gamers!”

“This game really elevated storytelling in video games to the next level. The enormous amount of information players are presented with really makes it feel like every single choice matters.”

6. The bond between father and son in God of War

“My choice is not one particular moment, but rather a continuous set of moments forming something bigger throughout the entire game. What I particularly liked about this installment of God of War is how the relationship between Kratos and Atreus evolved as I progressed deeper into the adventure. When playing, I could feel a bond forming between both characters. Kratos, the stern father, opening himself to his son and Arteus, the initially shy ‘boy’ rebelling against his father — both learning from each other. It’s a wonderful journey. ”

“I loved how easy it was to control Cities: Skylines using PlayStation 4’s Dualshock 4 controller!”

“I was a bit perplexed when I had to wash dishes in-game since I had just finished all my real-life chores to be able to play the game, but the amazing storytelling and rich world pulled me right in. At that point I knew that I was in for many sleepless nights.”

“Red Dead Redemption 2’s chapter 2 mission called ‘Blessed Are The Meek’. The gameplay was relatively laid back up until that point, but the intense gun battle you encounter after rescuing Micah got my adrenaline pumping.”

10. Meeting the World Serpent and battling Baldur in God of War

“God of War was full of powerful moments but these particular two really stood out to me – meeting Jörmungandr and the first fight with Baldur. When it comes to the former, seeing the World Serpent for the very first time, I was amazed by both his colossal scale and gentleness.

“The encounter was stunning — and watching the giant awaken from the Lake of Nine felt almost mesmerising. You could truly admire the size difference between Kratos and Jörmungandr and their meeting obviously left its mark in my memory, given I immediately thought of it when coming up with my favorite gaming moments of 2018.

“On the other spectrum, we have the sheer brutality of the encounter following Baldur’s visit to Kratos’ house. Their initial exchange, Baldur’s demeanor and the events that followed, all contribute to this being a very memorable moment.”

“‘Jaw dropping’ is such an overused phrase, but that’s exactly how I looked when experiencing the Stranger fight in God of War. It was truly the perfect mix of gameplay, spectacle, and narrative.”

11. Adventuring with your robo pal in Astro Bot Rescue Mission

“My favourite moment this year in gaming was in Astro Bot Rescue Mission. The feeling of joy you get when you save members of Astro Bot’s crew and they jump into the DualShock 4 controller is just incredible. Astro Bot has taken my nostalgia of previous platform games to a whole new level with the technology of the PS VR. You can’t help but smile when Astro Bot looks back at you and waves.”

12. The world-building of Red Dead Redemption 2

“The world and environment was really impressive, especially the horses and other wildlife.”

13. Controlling Kratos in battle during God of War

“God of War! Just the whole thing… I mean damn. The moment for me I appreciated the most was probably when I was watching my girlfriend play and she asked me to get past a few enemies she was finding difficult. This was the first time I picked the game up, and it just felt right. The controls were so on point. Loved it. That and when I realised that the voice of Kratos was Teal’c from Stargate… Nerdgasm!”

“The stellar line up of games for PS VR has been my highlight of 2018. Wipeout, Moss, Beat Saber, Firewall, Astro Bot, Tetris Effect (and of course, The Persistence) are just a few of the belters that I’ve loved playing and being involved with.”

“The protest march scene in Detroit Become Human. It was a fresh experience, feeling as though I was a hero when leading the march, with android followers joining one by one. At one point, I was also raising my voice while playing the game.”

16. Returning to an epic battle in Shadow of the Colossus

“Playing the third boss fight again in the remastered Shadow of the Colossus brought back so many good memories!”

“The first thing that comes to mind is playing Downtown Jazz for the first time in Tetris Effect and literally going, ‘Wow, this is cool’.”

18. That single camera take in God of War

“An unbroken game camera is a feature that sits right at an apex between creative vision and technology. Great moments often come from that type of pressure. Having the camera sit over the shoulder for a God of War game was already a bold choice, but combine that with it never looking away and you have a new high water mark for immersive cinematic gameplay. It must have been a relentless and exhausting endeavor for everyone involved – but it was so, so worth it.”

Indeed to all of those God of War moments! One of the, if not the most memorable moment was when I for the first time ever put on my PSVR and started Astro Bot. I have not felt such a genuine happiness since childhood 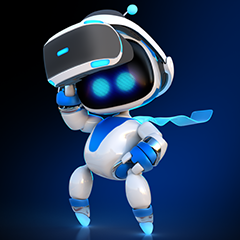 Asro Bot, God of War and Spiderman are definitely in my list but my first high five with Moss melted my heart. That game makes a bond with the character like no other I have played, I genuinely felt protective of her. For anyone who hasn’t played this it’s a must have PSVR game.

So many good game, Spiderman, Red Dead, God Of War, Astro Bot…. But I totally agree … the world of MOSS was stunning. If you have PSVR then it’s a must. I would love to see more VR games designed like this…. What about a Tomb raider or Uncharted in this style. My favorite game of the year.

Okay okay i got the message, i’ll get the newest GoW. 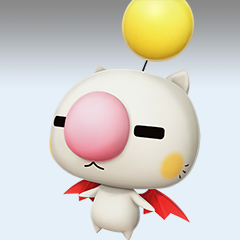