Hello gamers! At last, Earth Defense Force: Iron Rain will be released in the near future. It is a brand new EDF game, which utilizes the same game concept as that of the original EDF numbered series, but with different game design. 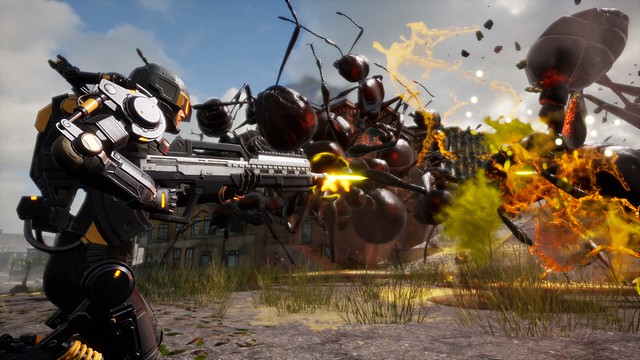 The game contains all of the popular essentials of the original EDF series with many new added elements to excite gamers from all around the world who’ve always wanted to defend and protect the Earth.

I will tell you all about the basic game concept of EDF before explaining what new elements have been added.

EDF is a panic-action-shooter born from the Japanese developer, SANDLOT. The game provides a unique game experience which is created by using the opposite two components of “overwhelming sense of hopelessness” and “overwhelming sense of fresh experiences,” being co-existent in gameplay. This is a universal experience that continues to be offered throughout the series and has been drawn on the concept of “a human being confronting huge and massive enemies”.

As the gigantic aliens fill the screen to a large extent, players of the game instantly become an EDF soldier and can use hundreds of weapons and arms to fight against them.

People were addicted to the virtual experience of fighting, using courage and wisdom before the hopeless sight of all these large enemies. Everyone would definitely run away if this happened in real life!

People started to talk and share their unique game experiences and this sense of fresh gameplay and accomplishment when winning battles have captivated many gamers from that point forward, through today.

The series is 15 years old since its concept, the number of EDF soldiers continues to increase, and “EDF 4.1” has produced more than 500K enlistments throughout the world. Also, the latest mothership title “EDF 5” was launched in U.S. and EU territories this past December 2018.

The game sold more than 370K units throughout Japan and became the highest selling EDF title of all. That being said, “EDF 5” will definitely break the sales record on a worldwide basis for sure. 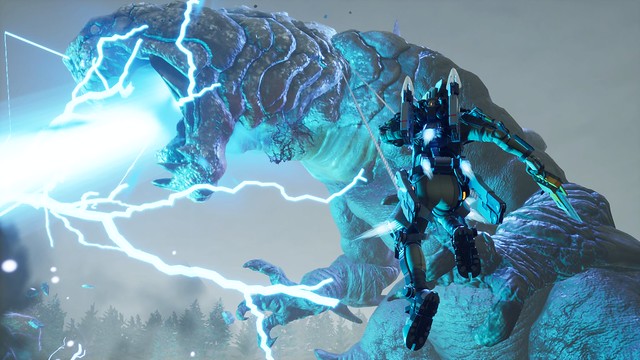 So why are we now producing Earth Defense Force: Iron Rain?

It all began with my wish to provide this wonderful EDF gaming experience to more gamers around the world.

The numbered EDF series boasts overwhelming popularity in Japan and many core gamers are playing the series around the world. I strongly believe that once gamers experience this unique taste of EDF battling, everyone will understand how unique and exciting the game can be.

On the other hand, I also realized that there are things to be done in order to bring more Western gamers into EDF to appreciate what the game stands for. 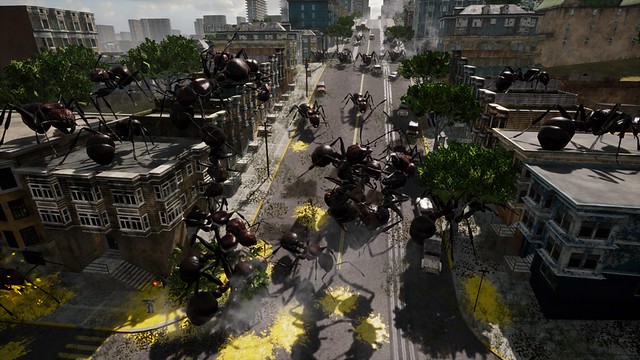 First of all, we had to change the locations and world settings of the game. If the battles only take place in the streets of Japan, I feel that U.S. and EU gamers would all be bored at some point.

One of the reasons the game boasts high popularity in Japan is the important essence of “the monsters that strike us in our cities should be destroyed indiscriminately!” So in order for the Western gamers to understand this essence, we had to change the areas and locations to places that will be more familiar to the Western players.

We also had to consider changing the graphics. Even though I love the graphical taste of the “EDF” series overall, we knew we needed to let gamers try out this wonderful game at least once with its original graphics. Recognizing graphics shouldn’t be an obstacle though, we realized we had to bring the graphics closer to what most Western gamers prefer.

There are many more Western gamers that will be pleased if they can freely change the look of themselves in the game. Not only in co-op mode, but with match mode (PvP mode) we thought many more players would be willing to play the game.

How about the game system, the world settings, and the story, etc.?

It was a necessary task for the EDF franchise to break through in the Western market in order to maximize and contain elements the Western gamers would be more pleased with. However, since I feel strongly that the EDF series is well respected as is, I didn’t want to make too many big changes to the EDF series for U.S. and EU markets. After all, gamers who have been playing the original EDF series for a long time may not like some of the changes we will be making.

Therefore, the final decision that we made was to develop “another new EDF” and from that Earth Defense Force: Iron Rain was born.

The theme and concept of “IRON RAIN” has not changed from that of the original EDF series developed by SANDLOT. While carrying over the popular fundamentals as is, we’ve made changes and added new elements that we think will please the Western audience as much as possible.

Fortunately, Yuke’s, the developer of “Iron Rain”, was familiar with what the Western gamers were looking for. Also, there were many EDF fans among the creators as well. (I was surprised that they were actually hard-core EDF fans!) 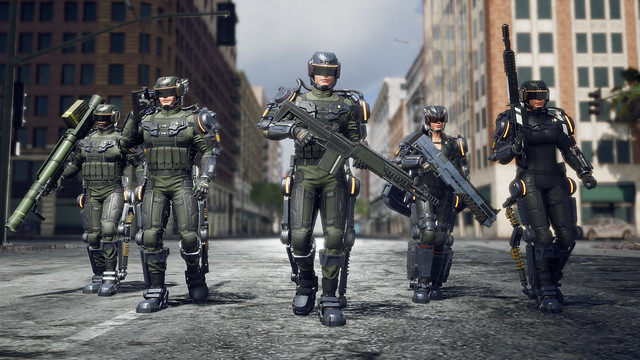 Even though EDF is a game that already exists as a format, and core-fans will likely evaluate the brand rigorously, the creators of Yuke’s worked very hard on the new project. I would like to make sure that all EDF fans know the fact that the Yuke’s creators were very enthusiastic and came up with numerous new ideas, showed respect to EDF as a brand and SANDLOT as a developer, and were very proud to develop a brand new EDF game themselves.

And now, I would like to deliver Earth Defense Force: Iron Rain, which will be completed soon, coming to Western gamers as soon as possible. We have done everything we can so all Western gamers will love the new game. There is only one purpose for that too; to have you join EDF and defend the Earth!

Wasn’t ‘Insect Armageddon’ what happened last time the EDF series tried to pander to the West? I don’t recall that performing too well.

EDF 5 was on my radar until it turned out to be a slightly updated version of the previous game, if we’re honest, so I didn’t bother. I know graphical improvements are tricky in a game with that many giant enemies, but I’m getting used to gaming in 4K HDR now and visually clunky titles are just not as much fun any more.

One of the biggest mistakes developers make is “westernizing” games to appeal to “western” audiences.

Generally western audiences like Japanese games because they’re in some ways different to western games. Making them more like all the other western games usually just makes them less unique and less interesting (look what happened to Final Fantasy).