Far Cry New Dawn’s post-apocalyptic action doesn’t just unfold in the wide-open spaces of Hope County. After making friends with a chopper pilot, you’ll be able to leave on Expeditions to far-off locales – like the shattered remains of post-nuke Alcatraz, for example – where you’ll outwit Highwaymen, steal a high-value package, and make a breakneck escape with a legion of scavengers hot on your heels.

For more details on the Alcatraz Island Expedition, we spoke with Creative Director Jean-Sebastien Decant and Producer Yang Zhi Hong about the process of adapting a real-world location for the chaotic new frontier of Far Cry New Dawn.

What inspired the Expeditions in Far Cry New Dawn?
Jean-Sebastien Decant: During the research phase, we came up with a model for a global nuclear apocalypse that would have affected the whole northern hemisphere. This created excitement about visiting that world beyond the boundaries of Hope County 17 years later. What does the West Coast look like now? What about the bayous or the canyons?

Expeditions are also one square kilometre in size, which means the rules are different than in an open world, giving us the freedom to go a bit crazier with the design. We pushed the graphics and the max number of enemies, and set up large enclosed spaces that create fresh opportunities for close-quarters combat.

How did you choose the Expedition sites, and Alcatraz in particular?
Decant: We picked regions and biomes that would feel drastically different from Hope County. We wanted each one to feel like travelling to an exotic place. For the sites themselves, we focused on memorable or iconic locations while keeping it Far Cry, meaning we wanted to stay outside of cities and towns, and focus on wilderness first. Like a derelict amusement park, a crashed satellite, an old aircraft carrier, or a dual bridge over a canyon.

For Alcatraz, it just seemed like a perfect fit. It’s a super-iconic location, it’s an isolated island offering an amazing 360-degree vista of the San Francisco Bay, and it’s a very large enclosed space that’s great for close-quarters combat. Alcatraz ticks so many boxes, we couldn’t pass it up.

What’s the scale of this recreation of Alcatraz?
Yang Zhi Hong: It is huge! We put a lot of effort into not only making it respectful of the real location, but also building a unique appearance for this famous location in a post-apocalyptic context.

We recreated the island based on the real location as the first step, then added several layers to reveal what happened in the 17 years after the nuclear apocalypse.

For example, there were earthquakes after the nuclear attacks. The island was shattered into several pieces, and started to sink due to the rise of water. And then the sandstorm came, which heavily affected the soil and plants.

What was the process for building this Expedition? Did you visit the actual island to do any research?
Hong: The motto “World First” is the key to building all our Expeditions. Before we decided to recreate the location, I took a very close look at Alcatraz during a family trip to California. In order to make Alcatraz feel authentic for players, we then did a lot of research using Google Earth, documentaries, and various photos and videos as reference.

What are some of the lessons the team learned from building Far Cry 5 that you managed to implement in New Dawn and the Expeditions, like Alcatraz?
Hong: We had a lot of freedom to make changes to the locations and really explore the possibilities of a post-apocalyptic setting. This really inspired the team to build something unique by applying the makeshift approach to the world.

For example, with Alcatraz, we kept the interior structures true to the real location, but modified the terrain and added makeshift elements all over the map – this makes our Alcatraz unique and different from all the others in games and movies.

Alcatraz seems like the kind of place where it might be hard to land a helicopter without anyone noticing. How can stealthy players infiltrate the prison?
Decant: Just like with all Expeditions, we let you land a little bit further away, on the edges of the island. That way, Highwaymen won’t be aware of your arrival, and you can totally approach the space in a stealthy way.

Hong: Due to the earthquakes after the nuclear attacks, the island was shattered into several pieces. This gives us a perfect spot for the helicopter landing, and also provides more stealth options and paths for the players.

Given that it was designed to be hard to escape, how difficult will it be to extract the package from Alcatraz, compared to the other Expeditions?
Decant: Well, the space has gone through 17 years of global nuclear apocalypse, plus the Highwaymen have blown a few holes here and there. Difficulty comes from the dozens of Highwaymen alerted by your presence and determined to not let you get back to your chopper.

You’ll be able to explore Alcatraz Island, Hope County, and a variety of other post-apocalyptic locations when Far Cry New Dawn launches on PS4 on 15th February. 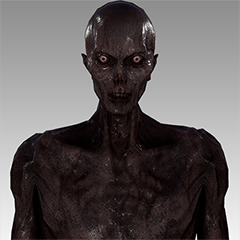 Can’t wait! This is how co-op is done correctly, none of that Division nonsense from that other developer! Well done guys.

You do realise it’s by the same developer don’t you ? 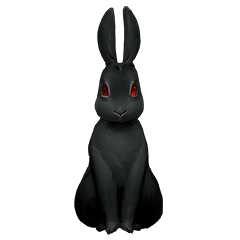 Not at all the same developers. This is by Ubisoft Montreal, the Division games are made by Massive Entertainment. Both are Ubisoft owned but are completely different developers. 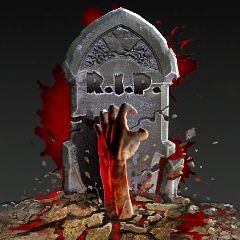 Looking forward to Friday, I’m not going to watch this because I don’t want to spoil too much. Just finding out Alcatraz is in the game has me more excited.

Will we get to preinstall our pre-order tomorrow? I’ve never pre-ordered off the PSN so unsure how it works.