These seven tips will help you survive longer in the ruthless, procedurally-generated Dungeon of Doom

As the name suggests, there is a lot to be discovered in Unexplored: Unlocked Edition. The fun is, of course, making those discoveries for yourself, but it doesn’t hurt to be pre-equipped with some sage advice before embarking on your first adventure in this acclaimed roguelite action-RPG.

Here then, are seven things you need to know before descending into the Dungeon of Doom…

1. Make the first 100 or so deaths really count

Unexplored is a roguelite, so you’re going to be dying a lot, particularly when you first get started. But, if you’re smart, those deaths needn’t be in vain. After every death, you’re presented with a list of ‘Rewards’ – pay attention to these as completing the criteria for a reward will in-turn make things easier for future runs.

Completing specific rewards is also the way to unlock different character classes (there are eight classes in total). Rogue is probably one of the easiest to unlock — pick a lock on a door or chest successfully — and comes with some decent perks, such as improved stealth, ability to spot hidden traps, and pick locks. Wizard is a personal fave as he’s adept at identifying potions and scrolls, which can be a great help. And he wears a hat. 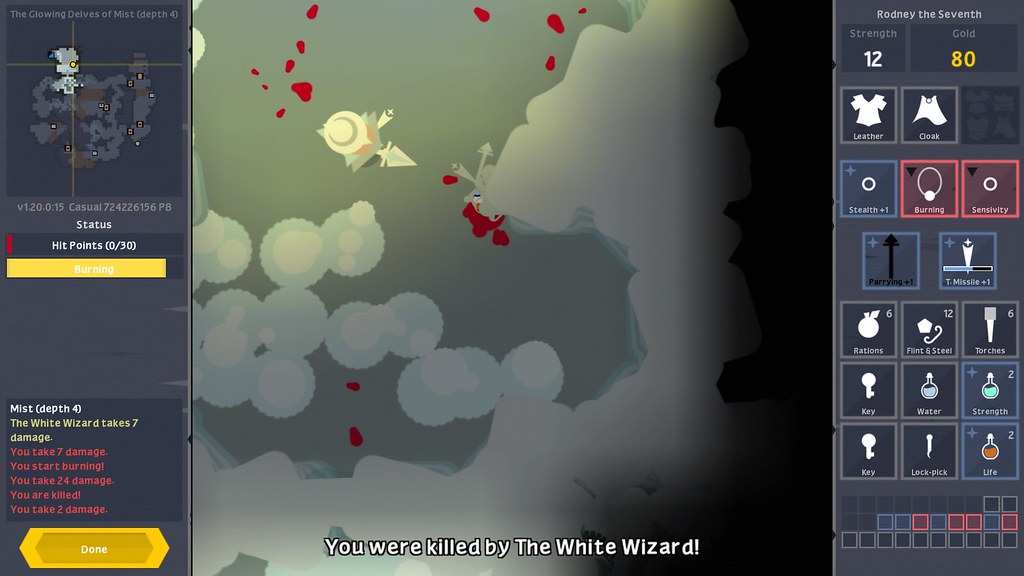 2. The map is your ticket to survival

If you have any aspirations of escaping the dungeon alive, you need to pay close attention to the map. Unexplored uses cyclic dungeon generation, which means no two runs are ever the same i.e. you’re always going into the unknown.

The map can be seen on the HUD and marks the position of doors, levers, chests etc. For a closer look, press L1 to expand the map — this allows you to better see areas on the current level that you haven’t explored yet. It also reveals a secondary vertical map of the dungeon (top-left in the image above), which shows if there are multiple paths leading down to the next level. 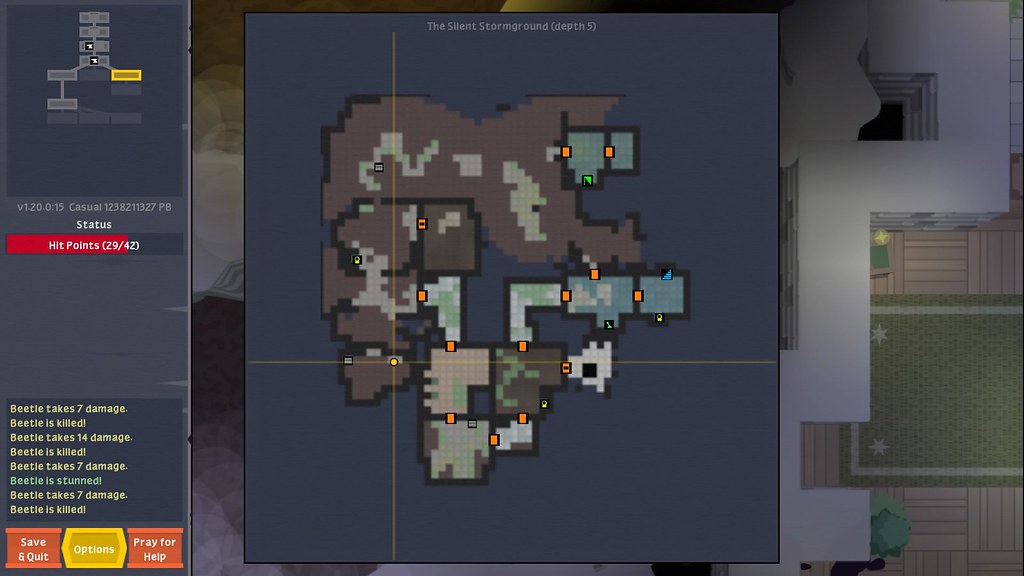 3. Forges can really help you forge ahead

If you’re carrying a ring or sigil and you come across a forge, don’t be shy — get busy forging. You can combine rings and/or sigils with weapons and armour to enhance or enchant them, producing some very useful results. There are loads of combinations, so experiment with what you’ve got. Also, using a forge for the first time unlocks a Trophy. Nice. 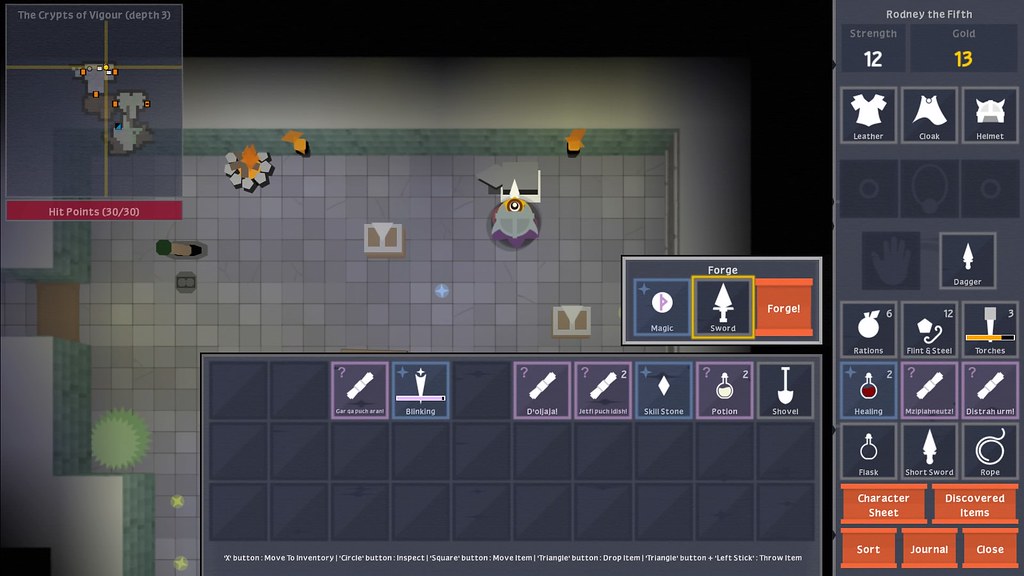 4. The Dungeon of Doom has its own visual language – learn it

While the dungeon layout is different for every run, there are visual consistencies that you should familiarize yourself with. The tops of doors, for example, indicate whether a door is unlocked, locked, or barred — see the different door designs in the annotated screenshot above.

Levers are marked with a specific icon to indicate whether it controls a door, turret, spikes, vent, or bridge. And then there are altars, pedestals, and even rugs marked with shapes and symbols that can offer a clue to… something. Color-coding is also used, most evidently in the inventory and can be particularly handy for determining the effects of a potion or scroll that hasn’t been fully identified yet (i.e. Red = bad. Blue = good). 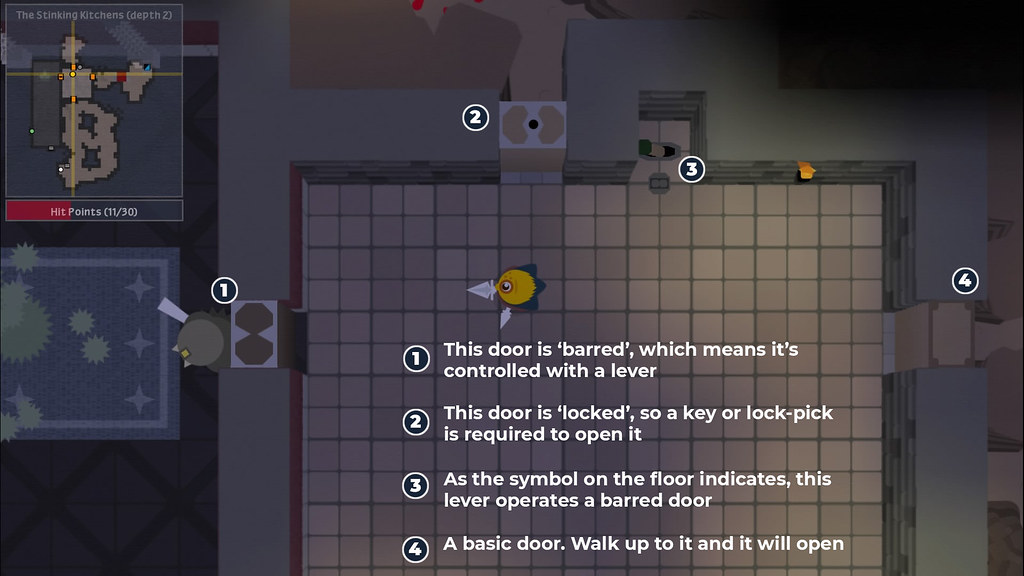 5. Pay attention to any advice the game gives you

While Unexplored never holds your hand, it does give a steady drip-feed of tips and clues — you just need to be observant and not miss what’s in front of you. Whether it’s basic tutorial stuff — use left-stick to move, right-stick to look/aim — or hints about puzzles or future encounters given via books scattered around the dungeon, you need to pay attention to all of it. Two handy tips: 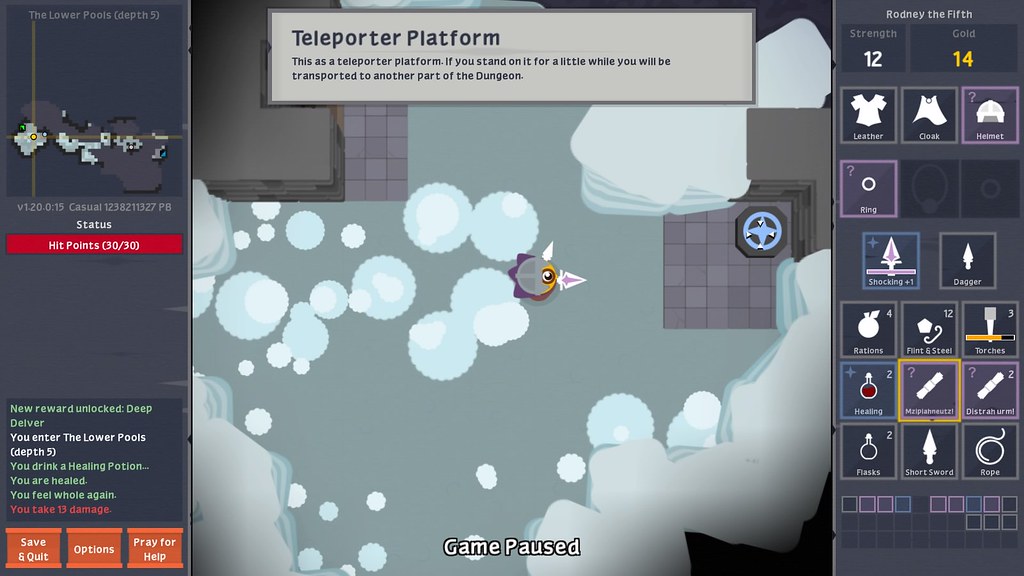 6. You can learn a lot from your journal

As previously mentioned, the information that books impart can be vital for successful adventuring — being forewarned is forearmed. Anything you read in a book is automatically logged in your journal, so check it often — it’s accessed via the inventory screen.

Once you’ve opened the journal, you can select a ‘Filter for current level’ option and that shows the information/clues relevant to the level you are currently on. So, checking your journal at the start of every new level is a strategically prudent habit to get into. 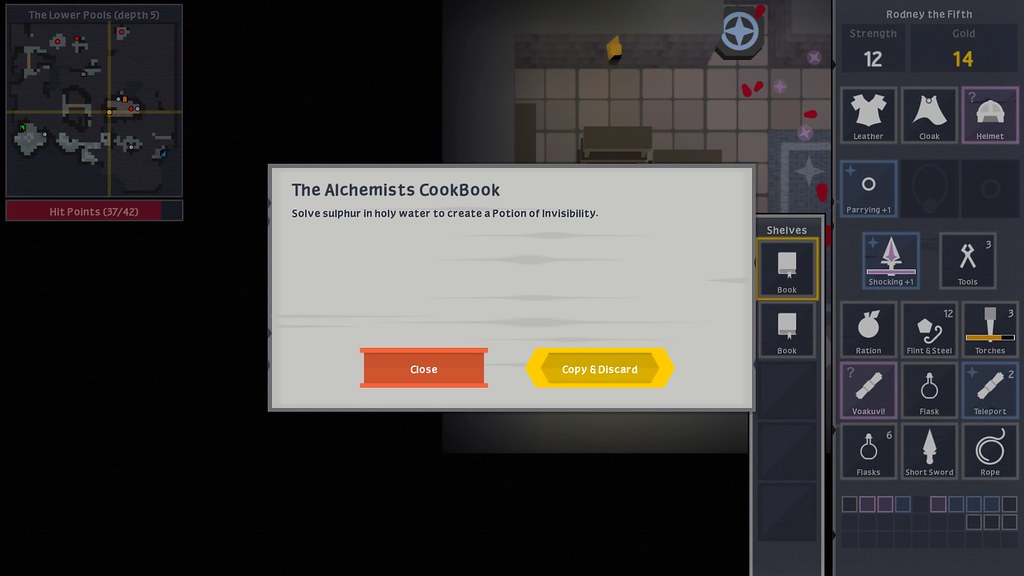 7. Be curious and cautious in equal measure

The urge to explore and discover is driven by curiosity, but you also need to exercise caution if you want to avoid a premature death. For example, if you’ve got an unidentified potion, instead of quaffing it recklessly, maybe wait and you’ll come across a scroll of ‘Detect Magic’ (and if you can be even more patient, wait until you’ve got several unidentified magic items before using the scroll).

And if something seems suspiciously like a puzzle of sorts, chances are it probably is. But before rushing to solve it, bear in mind that attempting to randomly solve a puzzle (i.e. without having any clues to the solution first) can lead to it breaking, consequently leaving it in a forever unsolvable state. Also, make sure you’re prepared for the possibility of a bad outcome. In the screenshot above, you can see that when I light the four braziers, rather than showering me with gold, it spawns a powerful enemy. Boo.

We hope you enjoy exploring the Dungeon of Doom when Unexplored: Unlocked Edition launches on 19th February. In the meantime, feel free to give the trailer a watch: