Egyptian Gods Horus, Set enter the battleground of the Gods

For the first time ever, two gods will rise. Horus and Set — the legendary Egyptian rivals — will both become playable characters in Smite later this month!

This is the first-ever simultaneous God release for the free-to-play Battleground of the Gods, and we’re thrilled to give you an exclusive first look at these two incredible characters here today. 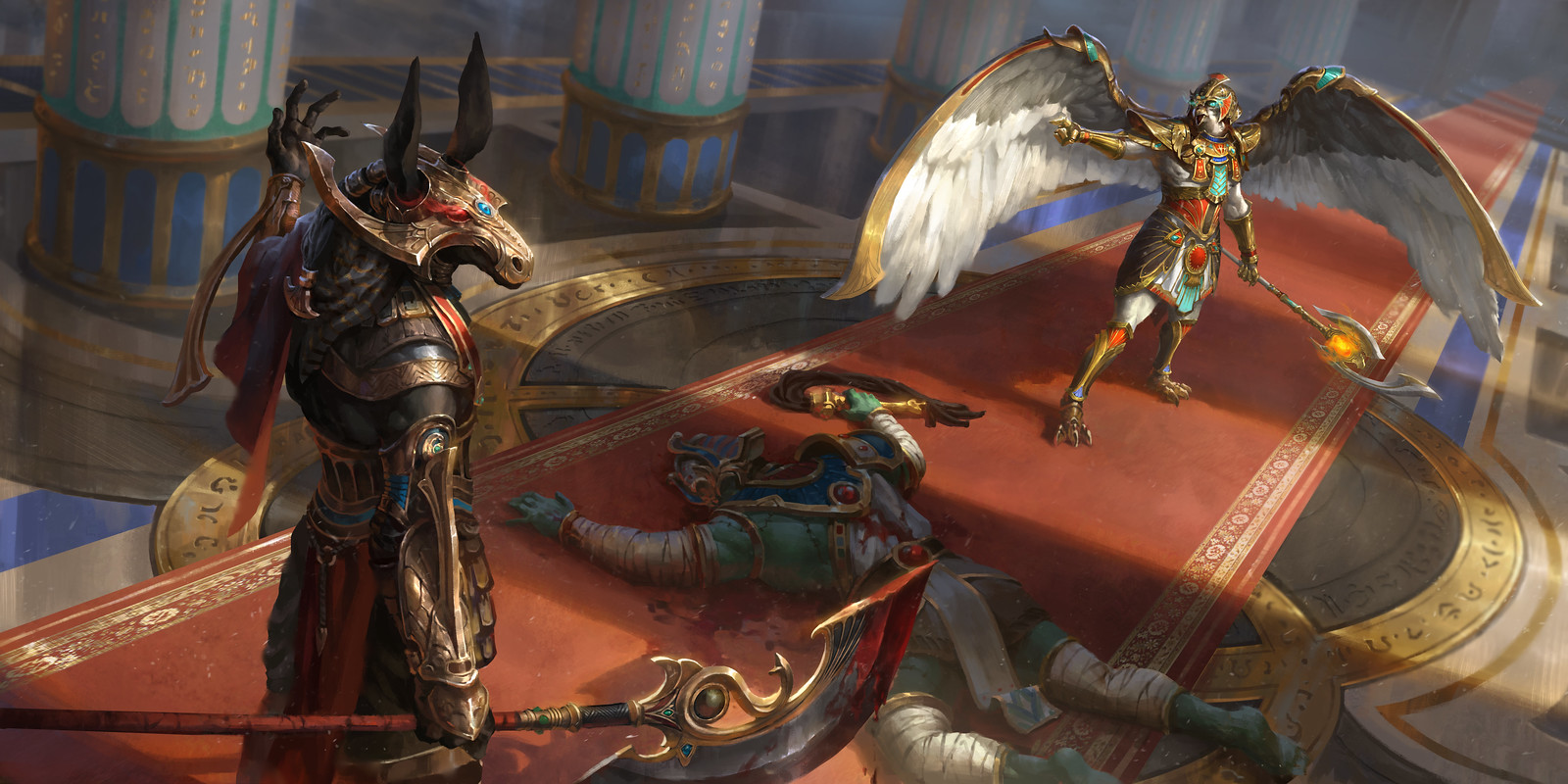 The story of Horus and Set is a tale as old as time. It’s a tale of jealousy, murder, and revenge — at a divine scale.

Osiris, the god of earth, ruled over the two kingdoms of Egypt. It was a golden age of peace, but anger brewed in the heart of Osiris’ younger brother, Set. Set found peace… boring. And so he took action. Set murdered Osiris, cut him into pieces, and claimed his brother’s throne. To Set, this was an act of liberation. But it was a call to war for Horus, Osiris’ son.

Horus pledged himself to justice, to reclaim his father’s throne not just for himself, but for his people. Horus will not rest until Set is defeated. And so the two rivals are now locked in eternal battle for the crown of Egypt… and Olympus. 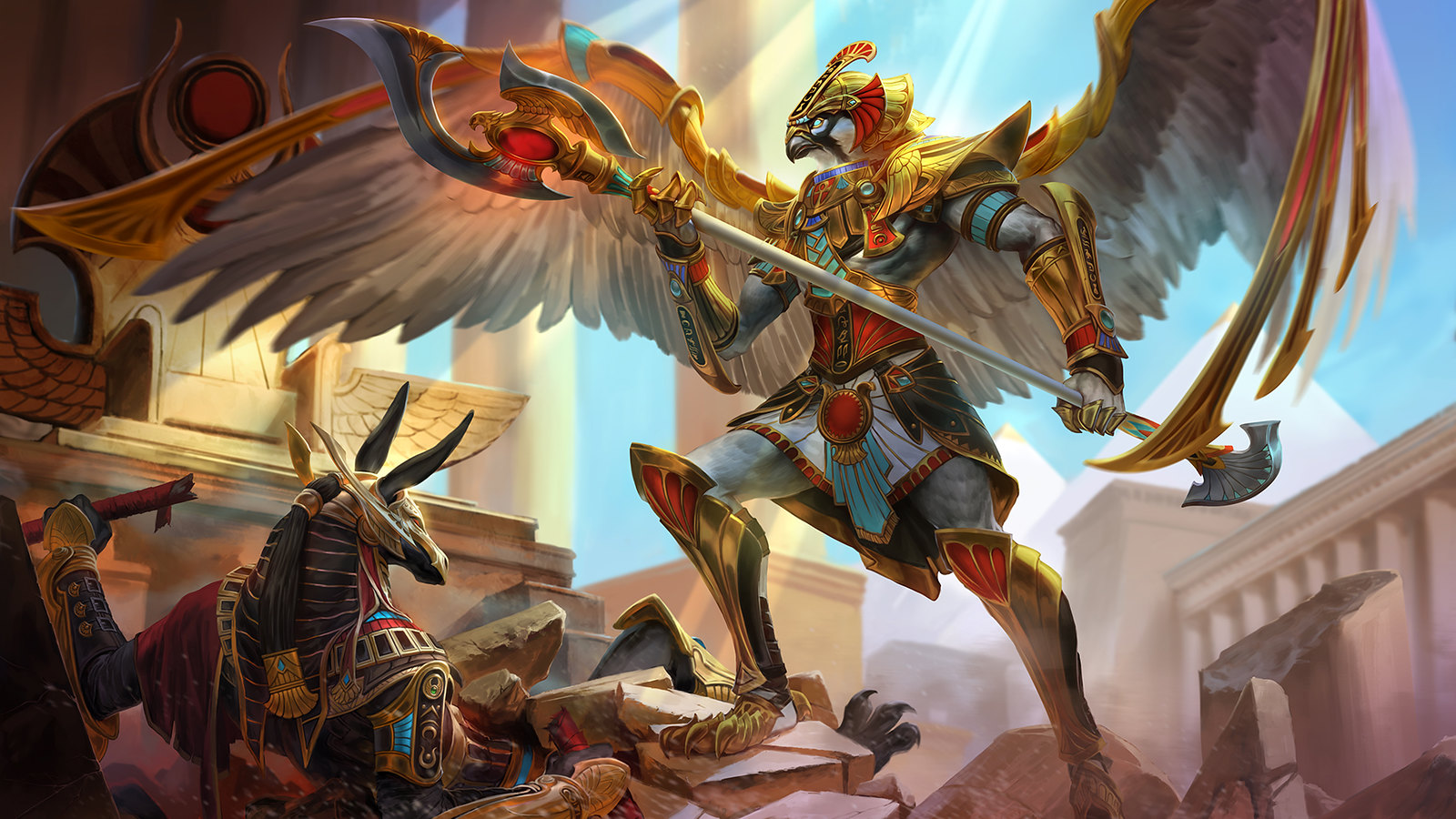 Horus is the Rightful Heir to Osiris’ throne. It is his right, his duty to see his kingdom thrive. He will avenge his father’s death and stand against his uncle, the murderous Set.

Horus is represented as a falcon in ancient mythology, so we stayed true to that in Smite. His head and birdlike proportions are important, but it’s Horus’s wings that define him. These massive wings bring personality and impact to his abilities… and are actually used for his basic attacks.

Horus is a Warrior in Smite, but a very atypical Warrior. Though he can hold his own in fights, he’s best when he’s fighting alongside his teammates. His gameplay is true to his character: A truly selfless leader will only help himself when it also helps his allies.

Horus is often seen diving into the fray to protect his teammates from danger. No matter where a friend is, Horus can — and will — bring in reinforcements to turn the tide of battle. 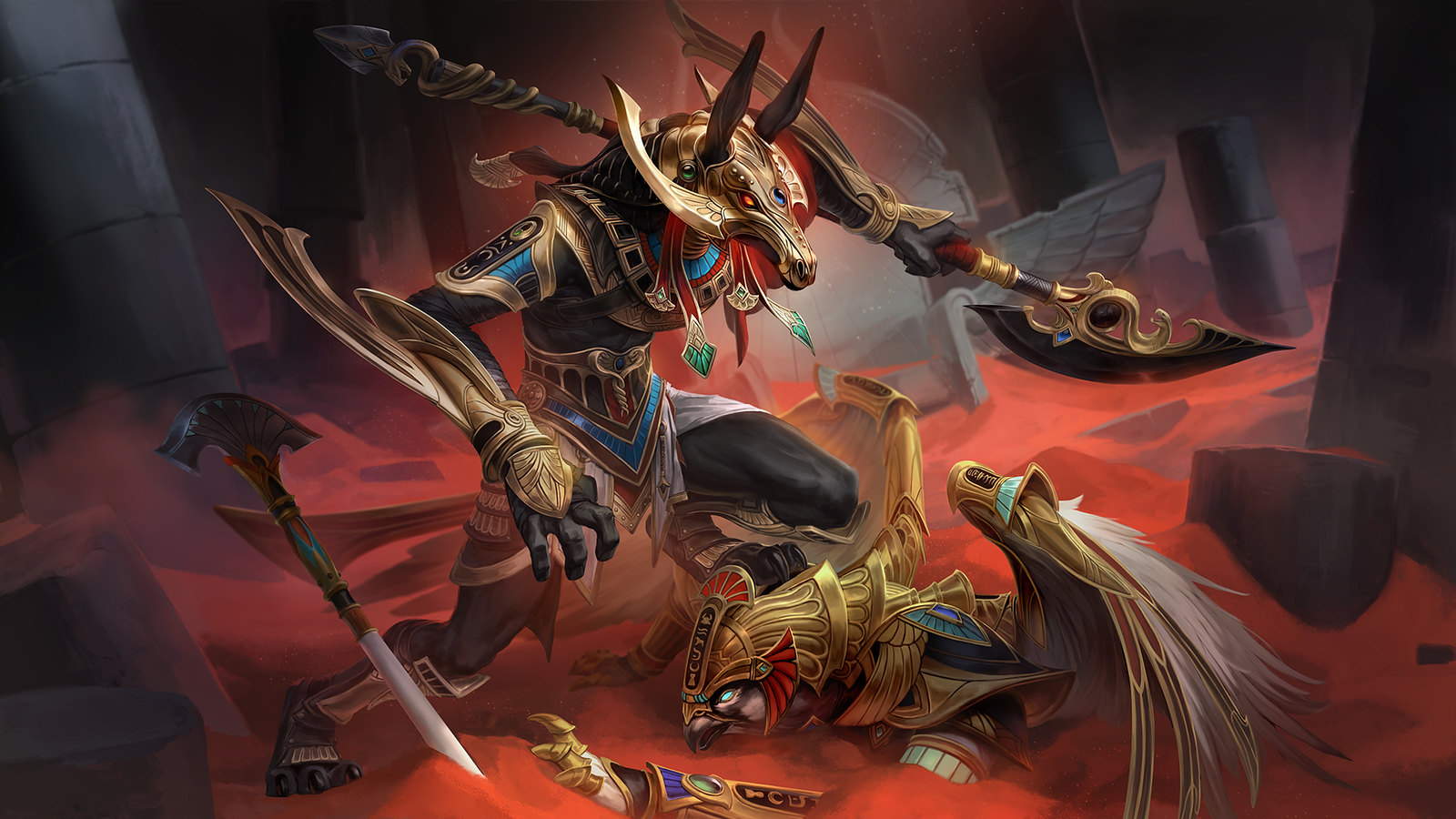 Horus and Set are opposites, both in personality and gameplay. While Horus is calculated, defensive, and focused on his team, Set is aggressive and violent, trusting only himself to overwhelm his opponents.

Set is The Usurper, a leader only because of his ruthless displays of strength and brutal rule. He murdered Osiris for the throne, and now Horus stands in his path.

Like many Egyptian gods, Set is animalistic. But uncommonly, Set is never referred to as a single animal, but as a unique creature with features of multiple animals. This uncanny, otherworldly creation covers his face with lightweight armor to remain agile in his movements.

Set is an Assassin in Smite, relying on his own strength and mastery of the sands. Who needs teammates when you can create your own allies from sand? Set conjures spawns to attack swiftly before they dissolve back into dust.

Beware when the rage consumes Set — he drops his staff, unleashes his claws, and embraces his animalistic urges. He attacks faster and faster, letting his inner chaos free and ensuring his opponents’ doom. 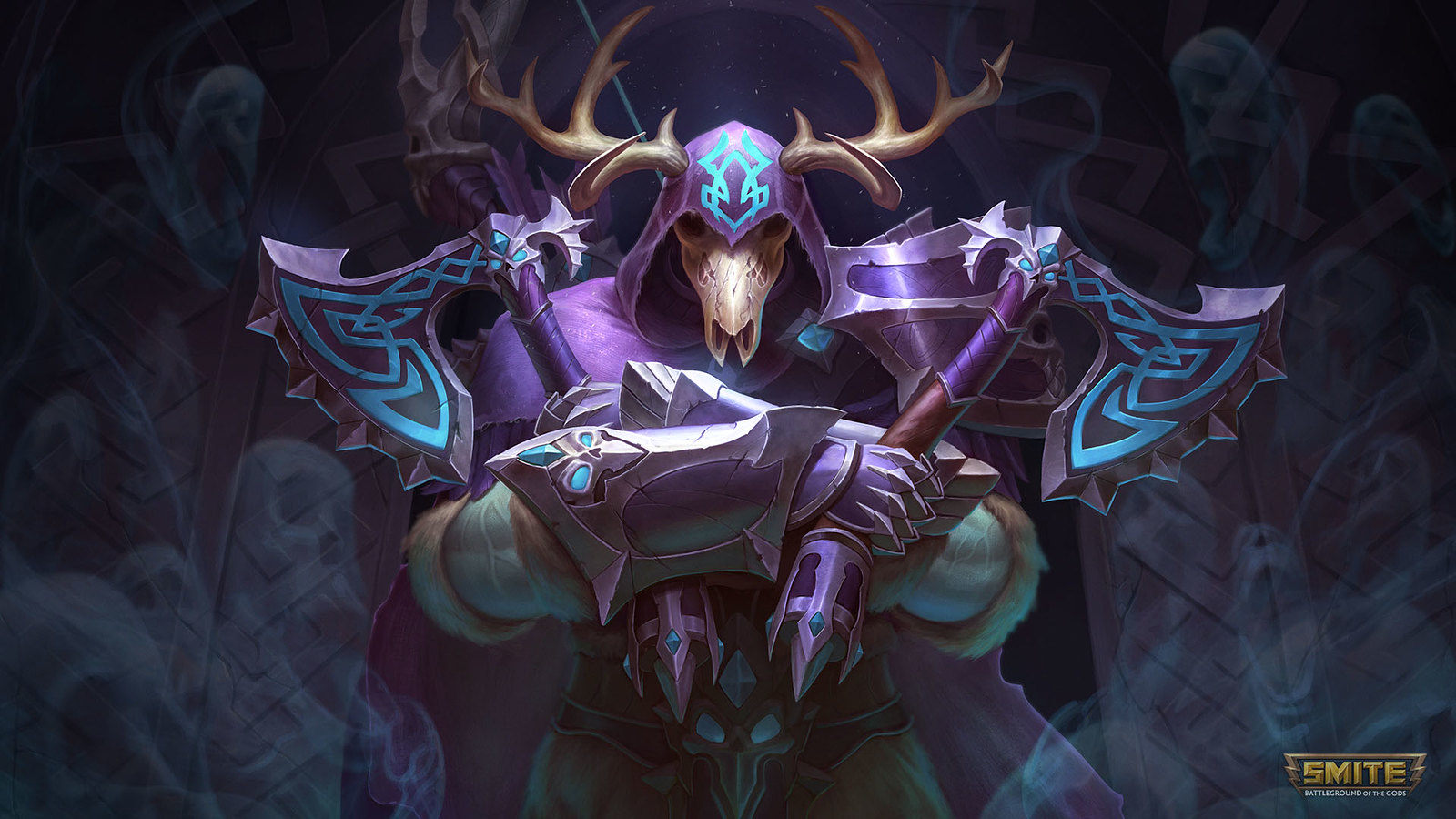 There’s so much more in Smite’s upcoming Sands and Skies update. There’s an all-new event — Battle for Olympus — featuring amazing skins like Helheim Ullr. This incredible skin reimagines the Norse God of Glory as a mighty warrior felled by disease, now trapped in the Norse afterlife of Helheim instead of taking his rightful place among the warriors of Valhalla.

If you can’t wait to get your hands on Helheim Ullr, Horus, and Set, you don’t have long to wait. The Sand and Skies update is scheduled to release 30th April!

Horus and Set are Gods 102 and 103 in Smite, and we’ve got a lot more incredible deities on our calendar for the rest of the year. Don’t miss one moment of divine action — play for free in the Battleground of the Gods now, and prepare for the Battle for Olympus! 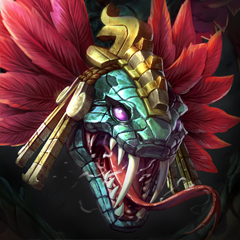 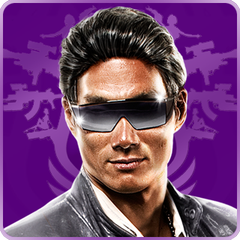