Having overseen the character concepts and model creation for Mortal Kombat 11, I can assure you there are a lot of great character skins to choose from in MK11. With release fast approaching, I thought it’d be great to take a moment to share a few of my favourites: designs that are not only visually awesome, but also stood out as memorable creations during the development of MK11.

One of the primary objectives for MK11’s visual design for characters was to ensure that they were easy to read during gameplay. To achieve this, we used bold confident shapes and rich colour. In Erron Black’s case, we added clean, flat-coloured armor plates to his arms and legs. Adding these made his punches and kicks easier to read during – ahem – kombat.

One of these concepts featured a mask, which reminded me of an iconic Australian outlaw name Ned Kelly. This is how I got the idea of making a fully-armoured Ned Kelly skin for Erron Black. The quality of the final model and the fact that the Ned Kelly theme ties back to the stories from my childhood in Australia, make this skin one of my favorites.

Our goal for MK11 was to have past and present versions of all characters. However, there was a small problem with Shao Kahn – as he was meant to be dead in the present time!

To solve this, we made a far-past version of him. The idea was to create a vision of Shao Khan that would capture the way he looked when he was leading armies into battle.

The concept turned out great, however, the execution of the model was not so easy and it took several artists to get it to its final quality. Not only does Shao Kahn have some of my favorite skins in the game, he has great gear as well. The helmets are especially awesome; one of my favorites can be seen here.

It’s hard to choose my favorite look for Raiden – I might be biased, but I think they all look great! However, this particular skin is a combination of a number of creative ideas, seized opportunities and amazing technology.

While building characters for MK11, we always look for the opportunity to create retro looks from earlier MK games. This Raiden skin is his MK2 look which is presented here with one of the many different colour schemes available in MK11.

In addition to that, the skin showcases the silk material which is one of several new material shading models we added in MK11. Fans of NetherRealm games may notice that we have used the same facial talent for Raiden in MK11 as we did for injustice 2. However, to achieve higher fidelity we wanted for MK11, the person was re-scanned and Raiden’s face was completely rebuilt.

This is the dark side of the Mother Earth theme for Cetrion. This dark Cetrion skin contrasts with her lighter ones, showing the dual role mother nature must play to ensure balance.

It was hard to design a skin that would embody the destructive side of mother nature but would not come across as evil. Achieving this made this one of my favorite character skins in the game. We are excited for players to see all the skins for each character, as they are designed to work together to reveal more about the character.

And there you have it: my four favourites. These are but a tiny sample of the huge number of skins and characters available in Mortal Kombat 11, all with their own signature move-sets and utterly brutal Fatality finishers.

Dive into the MK arena and start dealing out punishment when the game launches on 23rd April – pre-order now on PlayStation Store and you can enter battle as Shao Khan on day one!

Anti-consumerism does not get rewarded with a buy. I’ll keep my money, Netherrealm, thank you. 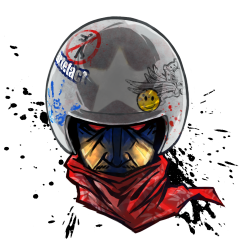 Ahhh yes, the dude that said its not realistic for women to show skin while fighting(looks at MMA, Wrestling, Boxing etc etc) in MK11 lol. Banned in Japan cos of violence but god forbid human women show some skin. Unlike the men of course, where everything goes as usual.

Problem with the women’s costumes is that since they’ve been more “covered up” they’ve gotten kind of completely boring. Look at Mileena in X, who apparently resorted to wearing leggings and a weird padded vest by default (which also causes her usual sexy/hideous “duality” to not really work).

I personally like iconic, fun, confident “flesh bearing” characters like SC’s Ivy/original Mileena/etc etc etc and I know plenty of people (of all genders) who do too. Seems a very weird message to “shame” confident people. I mean it’s not like actual womens don’t dress in all kinds of ways (and “worse”) by choice, and people haven’t fought historical battles basically nood.