Spoilers ahead for the MMO's latest Shadowbringers expansion

Heads up — this post features a really cool scene from the new raid just added to Final Fantasy XIV Shadowbringers. If you’re planning to play it but haven’t yet, go do that before reading any further!

For weeks, the FFXIV community has been scratching its collective head about the premise of the game’s newest 8-player raid, titled simply “Eden.” Of course, there’s a summon Guardian Force players can use in Final Fantasy 8 with the same name, but is that what the team is referencing here? If so, how the heck will that work?

Last week, the new raid finally dropped and players got to see firsthand what exactly is going on here. And yep — they went for it. I won’t detail the story developments that put you up against the most ridiculous, overpowered Guardian Force from FF8, but it’s a thing that happens and it’s glorious.

The moment you drop into the first fight of the new raid, a newly orchestrated arrangement of Final Fantasy VIII’s excellent boss theme kicks in and you find yourself face-to-face with an entity called “Eden Prime.” It’s an engaging fight with plenty of fun mechanics and attacks for players to work around, but the coup de grace kicks in about halfway through the encounter: A nearly shot-for-shot recreation, in FFXIV’s engine, of the “Eternal Breath” attack from Final Fantasy VIII. Behold:

I won’t talk about where the raid goes after you finish this particular fight — but it’s good. If you went ahead and spoiled yourself on this despite my warning at the top of the post, just know that this is but one of many ridiculous things that happen over the course of Shadowbringers — and Final Fantasy XIV as a whole, which happens to have a free trial you can sign up for right now.

Anybody else playing through the new Shadowbringers content right now? What do you think? Let’s chat in the comments! (But let’s stay away from talking endgame spoilers.) 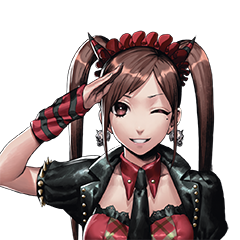 Completed pretty much all ShB content so far. Waiting for Savage raid to come out. But can already tell Eden is gonna be my favorite raid to date. The normal raid encounters are just amazing. The FF8 easter eggs, the FF8 track remixed and the whole atmosphere of the raid. All 4 current encounters are fun, and pretty crazy. Also LOVE the redesign of Eden, and of course 2 other certain bosses in the raid.

Yoshi-P and his entire team has knocked it out of the park with this expansion so far. Everything is just the best of the best. 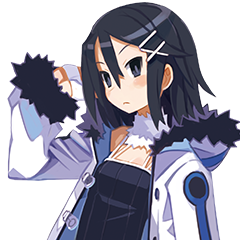 Please fix the title of this post, it says VII, not VIII