Call of Duty Modern Warfare: 22 things you need to know about multiplayer

Call of Duty: Modern Warfare is coming, and we played it! There’s a lot to take in — read on to discover what’s in store for the genre-defining multiplayer mode when it lands on 25th October.

1. Cross-platform play means you can play against PS4, PC, and Xbox One players

At its unveil event, Infinity Ward confirmed that Call of Duty: Modern Warfare will support cross-play between PC and console players — a first for the series. How is the studio balancing mouse-and-keyboard users with controller users? “One of the main ways is that we are planning on matchmaking based on peripheral,” Design Director Joe Cecot said. “We’re also supporting different peripherals, so if you want to plug a keyboard [and mouse] into your PS4, you can.”

2. Season Pass is no more

Instead, an ongoing array of free downloadable maps and content will release post launch. “We just revealed, so it’s a little early to talk post-launch, but we can say that it will be a regular distribution of content,” Cecot said. “We have a very full post-launch schedule, because we want players to jump into our game and we want to keep them really busy with new content for a long time.”

Most Call of Duty games let you swap between a handful of weapon mods. But Modern Warfare’s “Gunsmith” weapon customisation is extensive — with 30 to 60 mods available for most weapons. It’s so extensive, that it required an entire mode called “Gunsmith.”

4. Progression and gameplay are unified across all three main modes

Gear you unlock and equip in multiplayer will extend over to the co-op ‘Spec Ops’ experience and vice-versa. You’ll unlock some gear for multiplayer as you play through the single-player experience too, and weapons and mods will feel consistent and unified across all three modes.

In most games, NVGs paint the screen bright green and highlight threats. Not so in COD: MW. Equip the NVGs on dark maps to transform the game into an otherworldly battlefield where the usual rules may no longer apply. On maps that support NVG, every player will be able to equip them by holding down on the D-pad.

6 …and “laser discipline” will finally enter the 2019 zeitgeist

Since entering ADS triggers your weapon’s laser attachment, you’ll need to be careful when fighting in an NVG-compatible map — NVG-wearing enemies can easily track your position.

This white-knuckle atom-smasher might just steal the show. This contest is fought on small “Flash Maps” and equips all four players with the same randomly selected weapon load-out to keep things fair and square. The resulting cat-and-mouse brawls are real nail biters with a pacing somewhat similar to fighting games.

8. There are three map sizes

“Flash Maps” are designed for close-quarters 2v2 Gunfight matches, while “Tactical Maps” support more traditional 6v6 and 10v10 player counts. “Battle Maps” are reserved for the largest-scale gameplay. We played it via 20v20 matches, but the team said they’ll support more than 100 players!

From team support to run-and-gun, sniping, camping and more, IW is seeking to broaden the number of viable play styles with Modern Warfare. This is partly thanks to a greatly expanded array of gear.

Perhaps more so than any prior Call of Duty game, COD: Modern Warfare is all about giving players tactical options. That’s reflected in the new map layouts, which offer more opportunities to traverse through sneaky paths and back doors to catch foes unaware. If prior Call of Duty maps were a racetrack, COD: Modern Warfare is more like a rollercoaster.

11. Operators are cosmetic only

You can select from an array of cool-looking Operators to represent yourself in online matches, but the benefits are purely aesthetic.

Infinity Ward took some inspiration from classic deathmatch games when developing COD: Modern Warfare. More “power positions” — towers and other elevated areas — are scattered throughout the maps. These give you an objective to move toward and result in more interesting, varied firefights that flow around the map.

The game is a looker, pumping out huge, realistic-looking maps loaded with eye-catching special effects, particularly the smoke and fog that actually accumulates after a blistering gunfight.

14. Expect the Realistic mode to make some noise

This new optional setting strips away almost all onscreen HUD elements — even the classic hit marker and kill notifications. It’s not for everyone, but we tried it out on a nighttime map equipped with NVGs and the results were intense, bordering on survival-horror.

When standing next to a corner or over a ledge, you’ll see an onscreen prompt to press R3, which allows you to hunker down a bit and reduce your profile. When mounting a corner, you can even use the right stick to peek out a bit to pick new targets from (relative) safety.

16. Doors are more interesting than you think

I know… doors. But Infinity Ward spent a lot of time spicing up these pedestrian portals. You can open doors in multiple ways — running or sliding into them, carefully easing them open or blowing them open with explosives — and each way has a tactical benefit. They’re also useful as auditory cues, helping you track enemy movement through the level.

Also called the “super sprint,” this new manoeuvre allows you to cover ground faster, but with a greater delay to Aim Down Sights (ADS) if you encounter a hostile. Trigger it by double-clicking L3. Also, your sprint meter isn’t infinite, though Perks can extend it.

18. The audio design is cutting-edge

Using sophisticated new audio processing techniques unknown to me (I caught a reference of “ray-tracing”), Modern Warfare is putting a big emphasis on pushing immersive audio. Weapon fire snarls with realistic reverberations, the doppler effect is in full effect, and…

Each weapon supports up to five mods, including weapon-specific Perks, so it’s tempting to max-out your M4 and head to battle. Not so fast: overload your gun and the increased weight will greatly slow your ADS speed, and sometimes even your movement speed, so you’ll lose out to faster-drawing opponents. Be smart and equip only what you really need!

They really do. We checked.

I know one thing – it comes from Activision and that’s all I need to know. 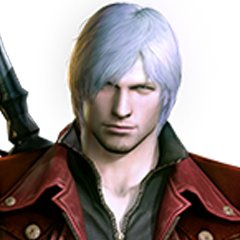 The only reason to buy this game is finally cross play between PC, Xbox and PS4. Why not other games support that? Overwatch would be great 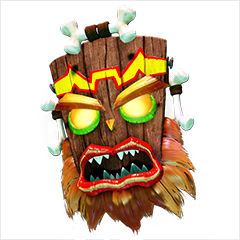 Hopefully the microtransactions won’t be in our face

Crossplay sounds interesting… I wonder if it will actually make sense to pit console players against PC players. Definitely trying the beta when it’s out.

The game is a looker, pumping out huge, realistic-looking maps loaded with eye-catching special effects, particularly the smoke and fog that actually accumulates after a blistering gunfight . [DELETED]