I’m fresh from an enjoyable hands-on session with MediEvil, the 1998 PlayStation classic that’s been given a new lease of life with a full PS4 remake.

The Gamescom demo had me battle my way through the PS4 remake’s opening levels, tackling the undead across cemeteries and exploring the Hilltop Mausoleum. My time resulted in a few surprising discoveries that will please newcomers and veteran adventurers.

Read on to find out more about the new-look MediEvil – and check out a few ‘before and after’ screenshots.

1. It’s got a hint of Dark Souls in its design

One of the biggest surprises is how MediEvil feels like Dark Souls… despite it releasing over a decade before From Software’s challenging fantasy epic.

Realisation dawns once you’re past the tutorial-like crypt and its surrounding graveyard. For one, MediEvil’s levels are compact labyrinths packed with secrets and shortcuts. Secondly, the game is tough. This is no brainless hack and slash romp: single enemies can do considerable damage, while mobs can quickly send the unwary back to the grave. 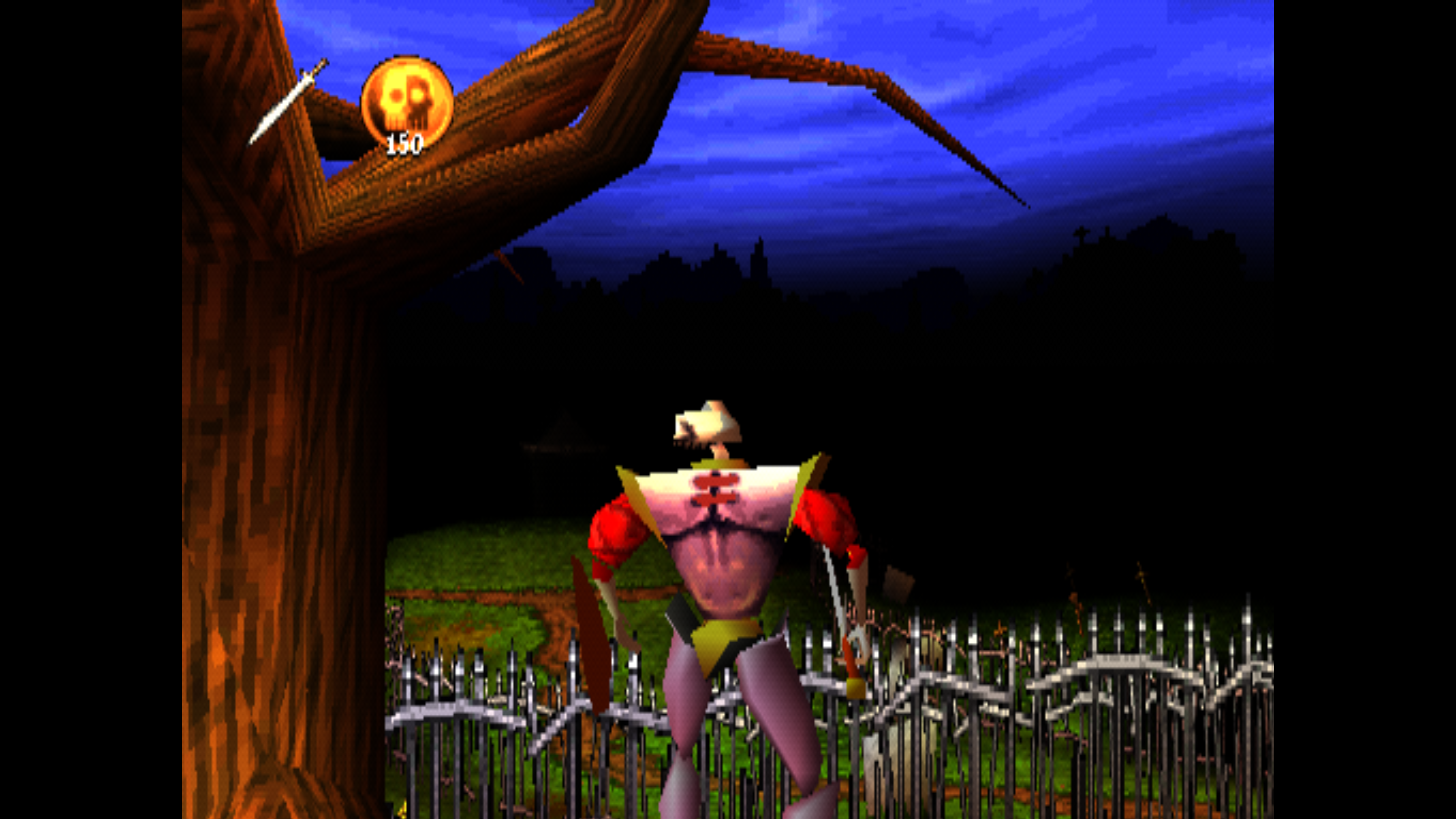 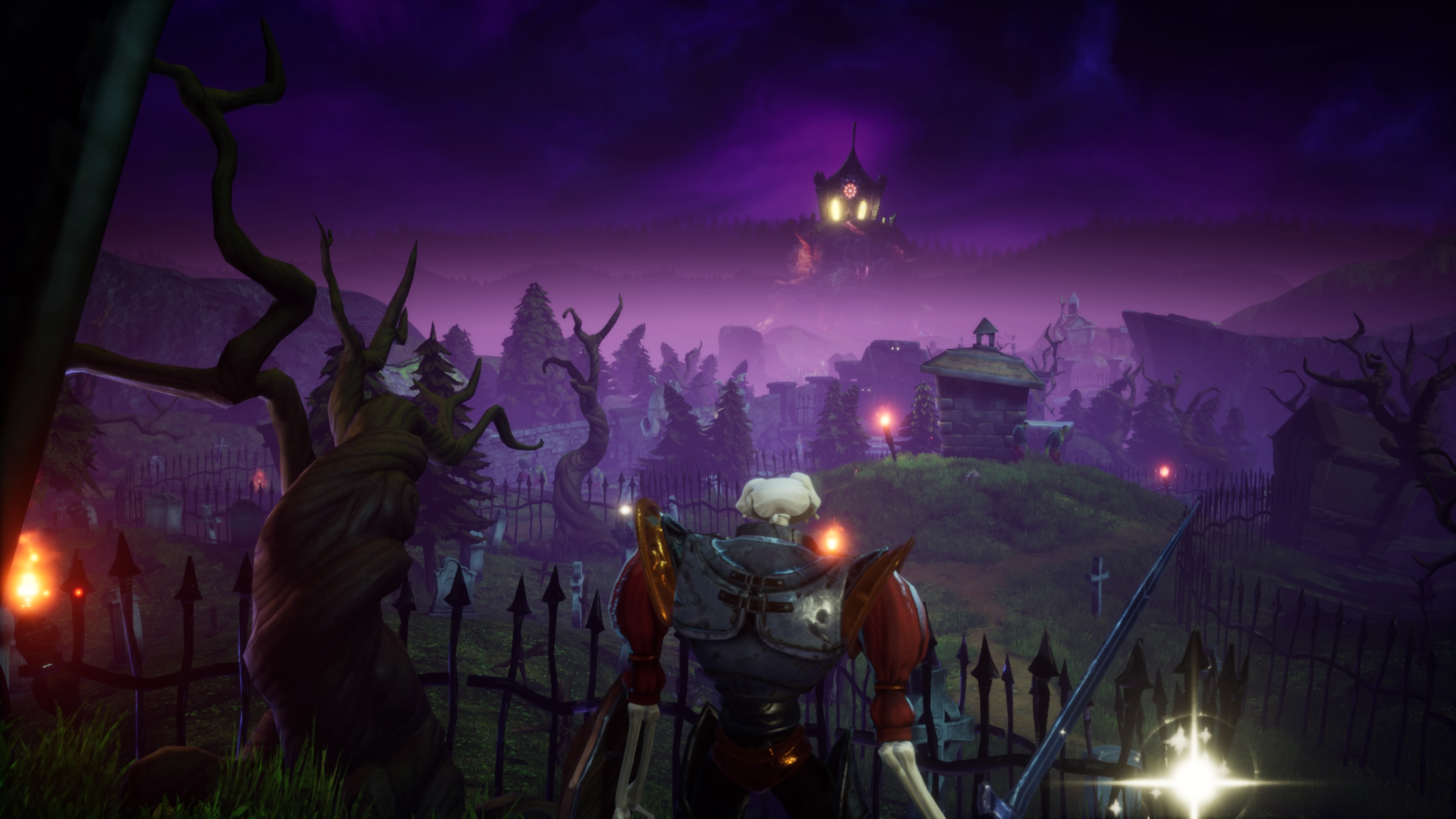 Comparisons continue the further you explore. You need to discover or unlock new weapons first to expand your arsenal. Some of these will degrade and break in time (such as shields and clubs) or be in limited supply (throwing daggers, crossbow arrows). Combine that with some seriously challenging level design, such as a taxing climb up to Hilltop Mausoleum dodging mammoth boulders (or blocking them with a shield) and elaborate, oversized boss fights and you can’t help but be reminded of Dark Souls. Though Dark Souls was never this irreverent.

For From Software fans or even anyone curious about gaming’s often knotted genealogy, MediEvil presents a unique opportunity to experience an early, alternative take on a now-revered game design style.

2. You play a resurrected legendary knight with a score to settle…

The game’s backstory is the same in 2019 as it was in 1998. You play as the newly-resurrected Sir Dan Fortesque, formerly a noble knight who, after 100 years resting in his crypt, is little more than a skeleton in a suit of armour. But with a strong sword arm and a growing arsenal of weapons, he sets forth to battle evil and saves his kingdom once more. 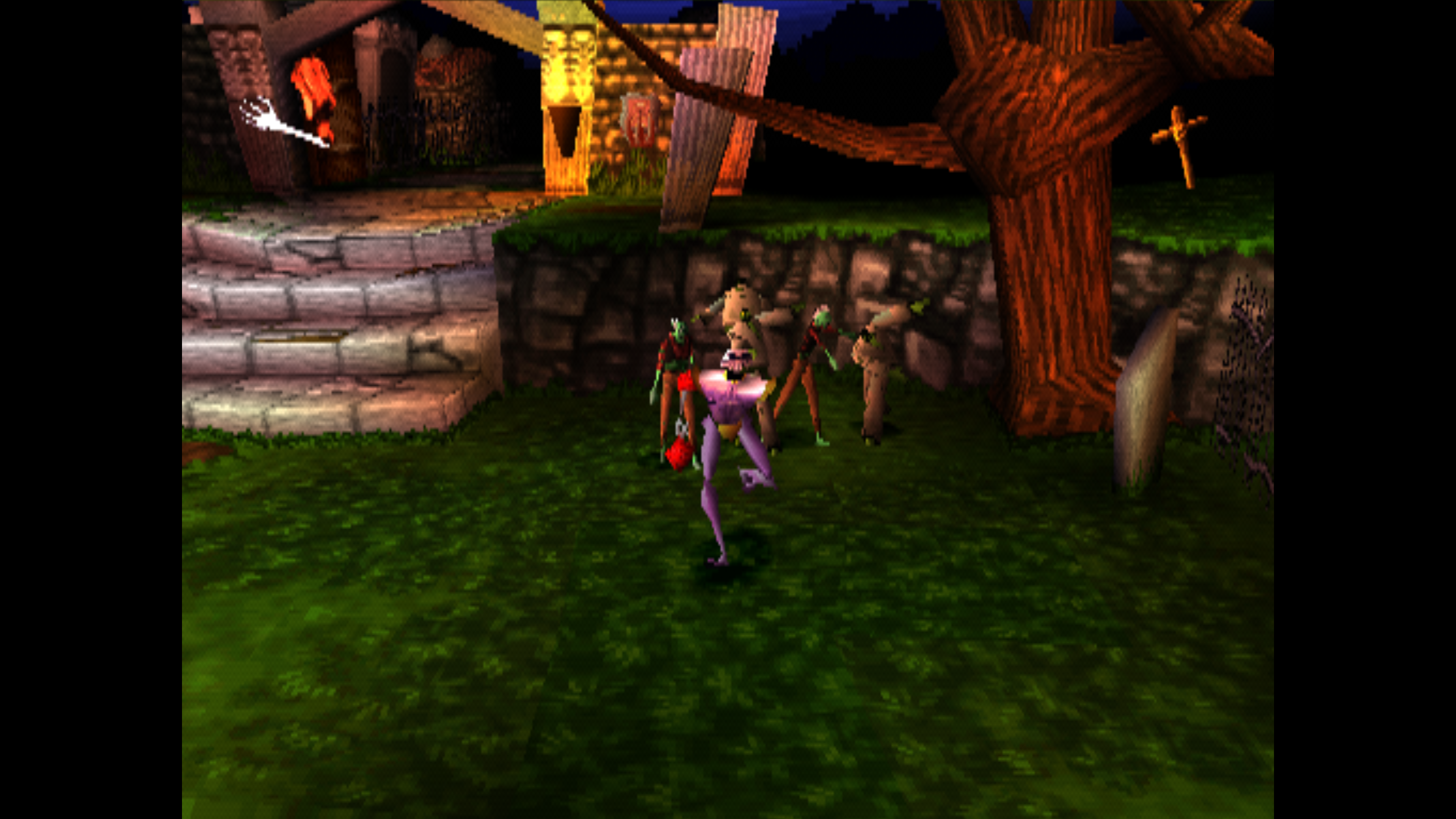 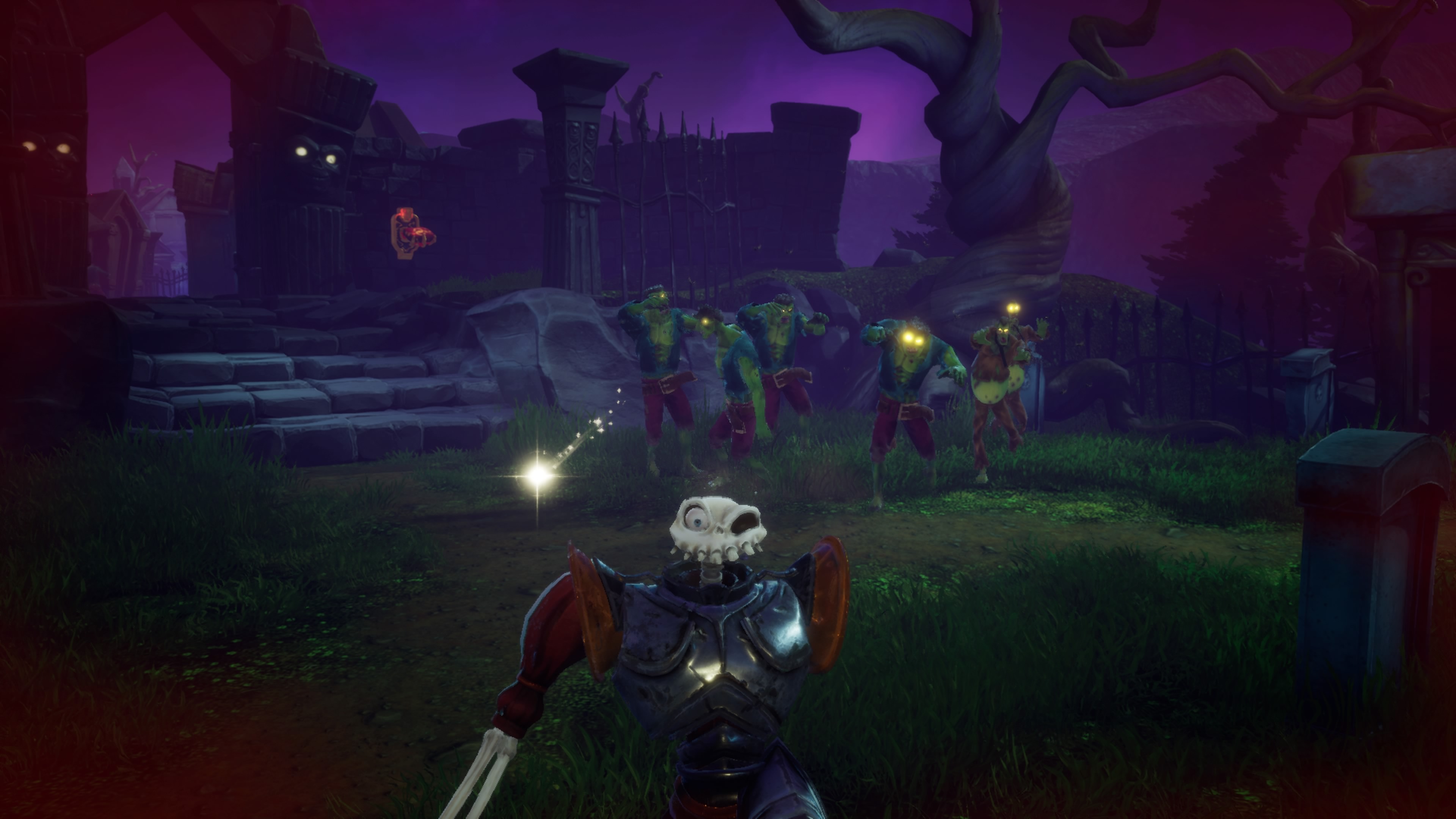 3. …but you’re not the hero your legend makes you out to be

History remembers Sir Dan Fortesque as the legendary knight who defeated the evil sorcerer Lord Zarok a hundred years ago. The reality is less impressive: Dan was arrow fodder, the first slain during a charge across the battlefield.

As a result, Dan was never able to ascend to the Hall of Heroes (MediEvil’s version of Vahalla). His surprise resurrection is a chance to live up to his legend and secure a spot amongst Gallowmere’s greats. 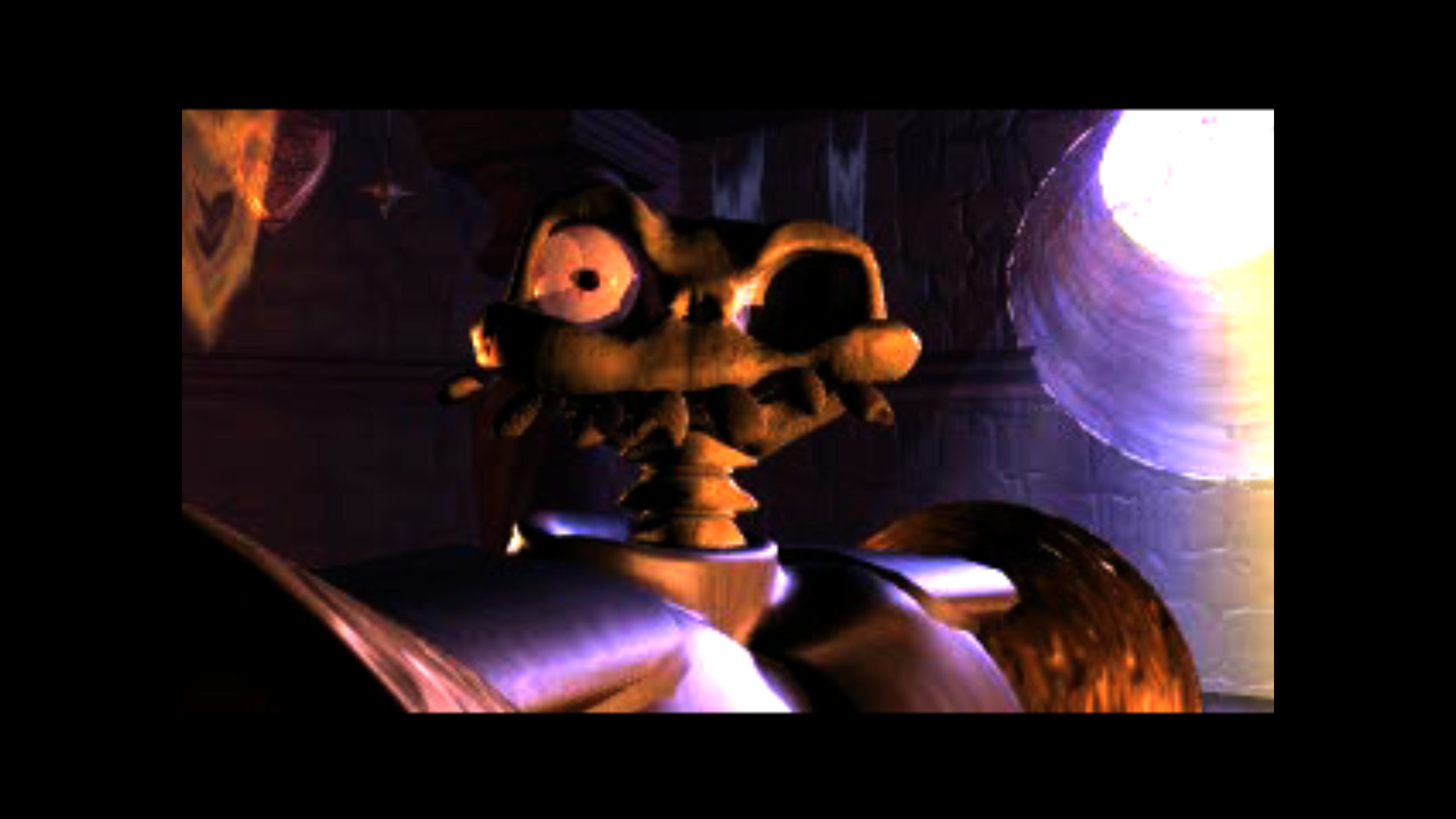 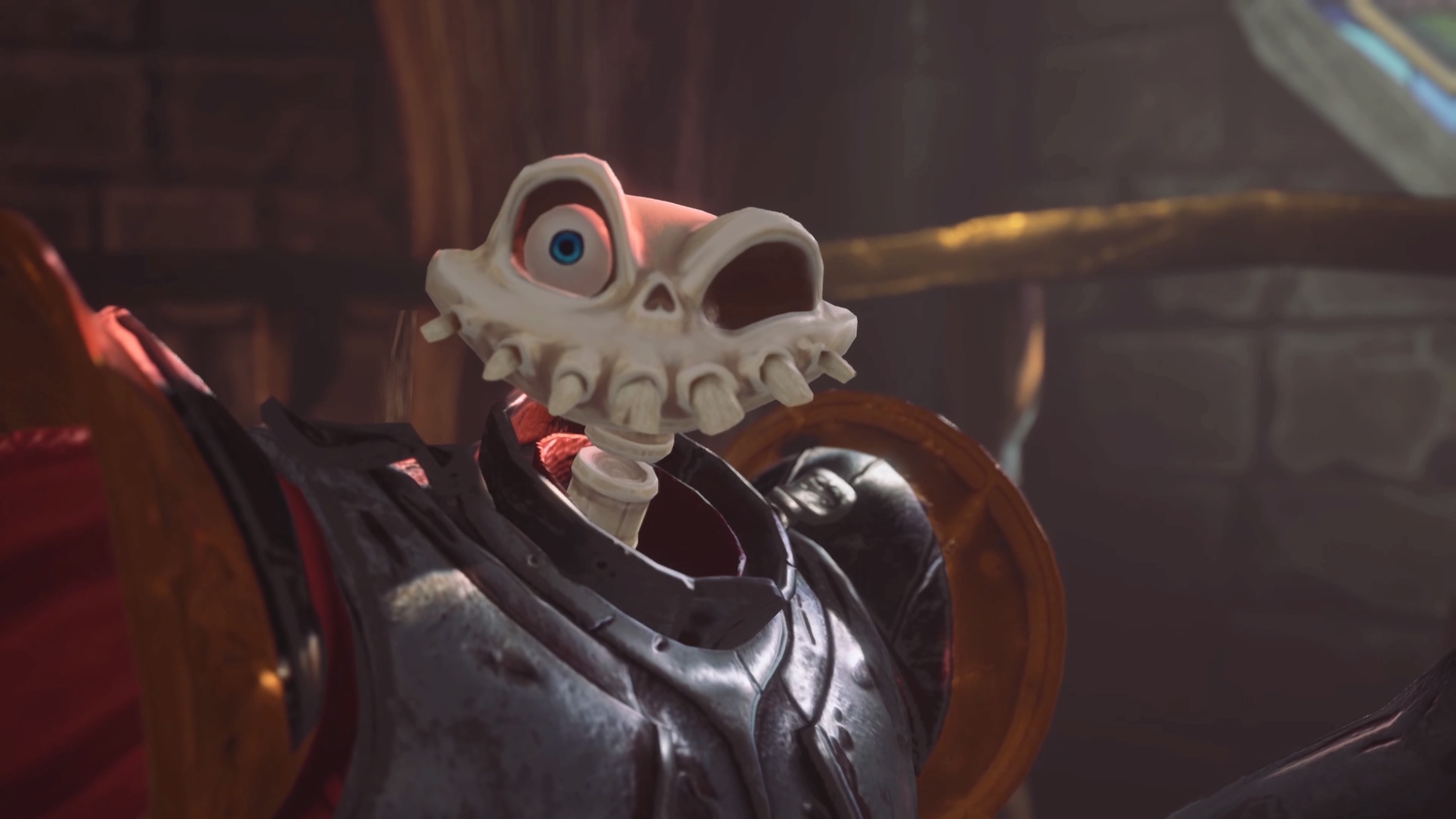 1. Much of the original game remains intact

The rebuild leaves the undead heart of the 1998 original – with its melee-heavy combat, secret-packed levels and macabre humour – intact.

Instead, the focus for Other Ocean, the studio charged with resurrecting the third-person action-adventure for modern-day audiences, has been mostly cosmetic.

This PS4 remake overhauls the horror-themed visual style but retains its Tim Burton-esque personality. It rightly refuses to tinker with the original level design, yet isn’t afraid to add the occasional, but welcome, flourish. The world map has a new look, for example, while the Hall of Heroes, a hub world in which Sir Dan is bequeathed weapon upgrades from Gallowmere’s other legendary warriors, has been furnished with additional lore. 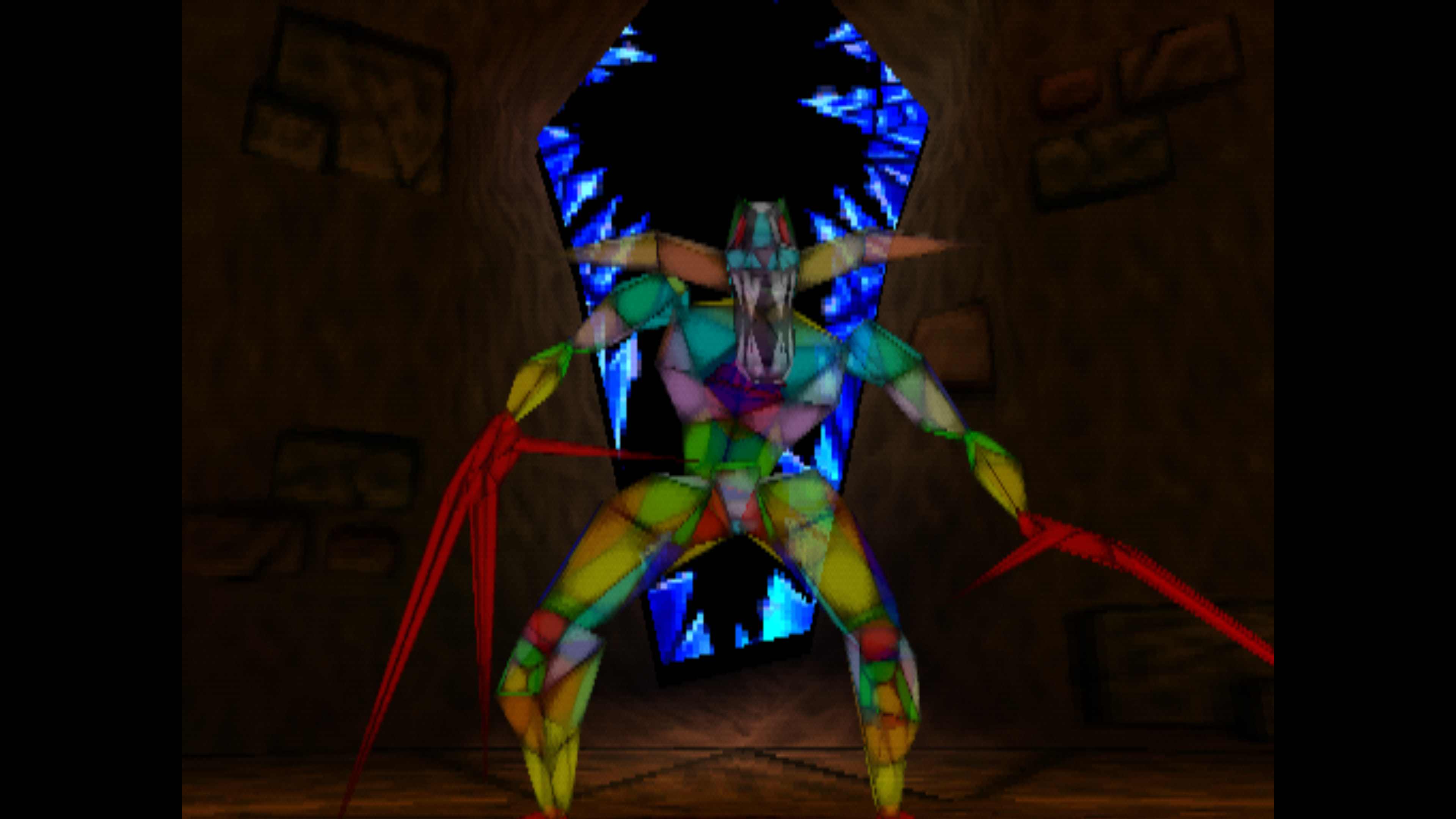 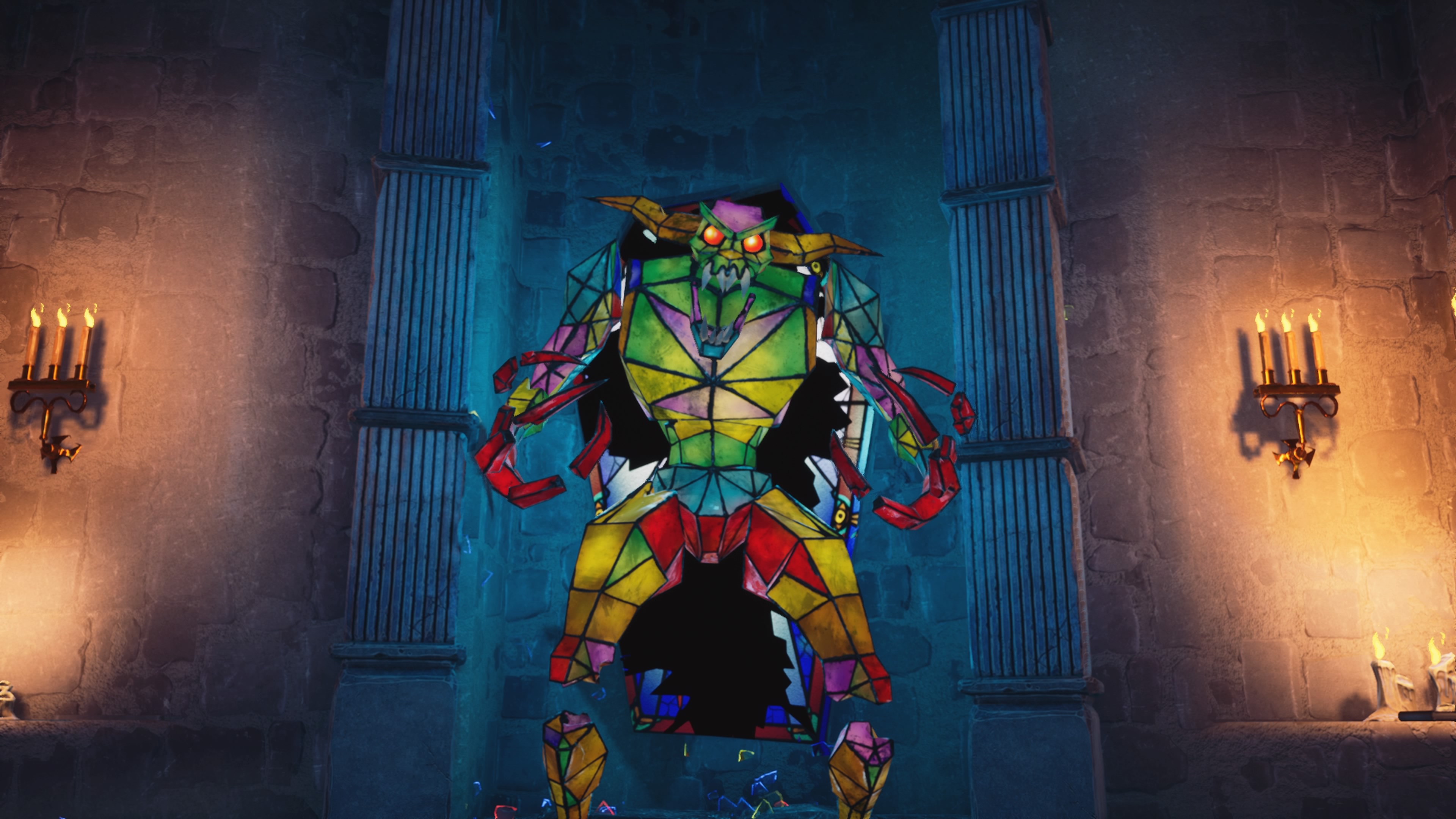 2. The voice work is a mix of returning heroes, classic takes and new voices

It’s tough to chinwag when you’ve no jaw. But Jason Wilson (who also penned MediEvil’s story) admirably managed to capture the ragged rasps of a mouthless Sir Dan Forteseque, making it fun rather than horrible. So there is no-one better to capture Dan’s personality for this PS4 remake, with Wilson re-recording all his dialogue.

Elsewhere, the game retains the original high-res audio of its supporting cast. For example, the numerous stone gargoyles creekingly intone advice to the curious just as they did back in 1998. But there are also fresh additions to the voice cast, such as the game’s new narrator, portrayed by voice actress Lani Minella. (Soul Calibur VI, God of War, XCOM 2. 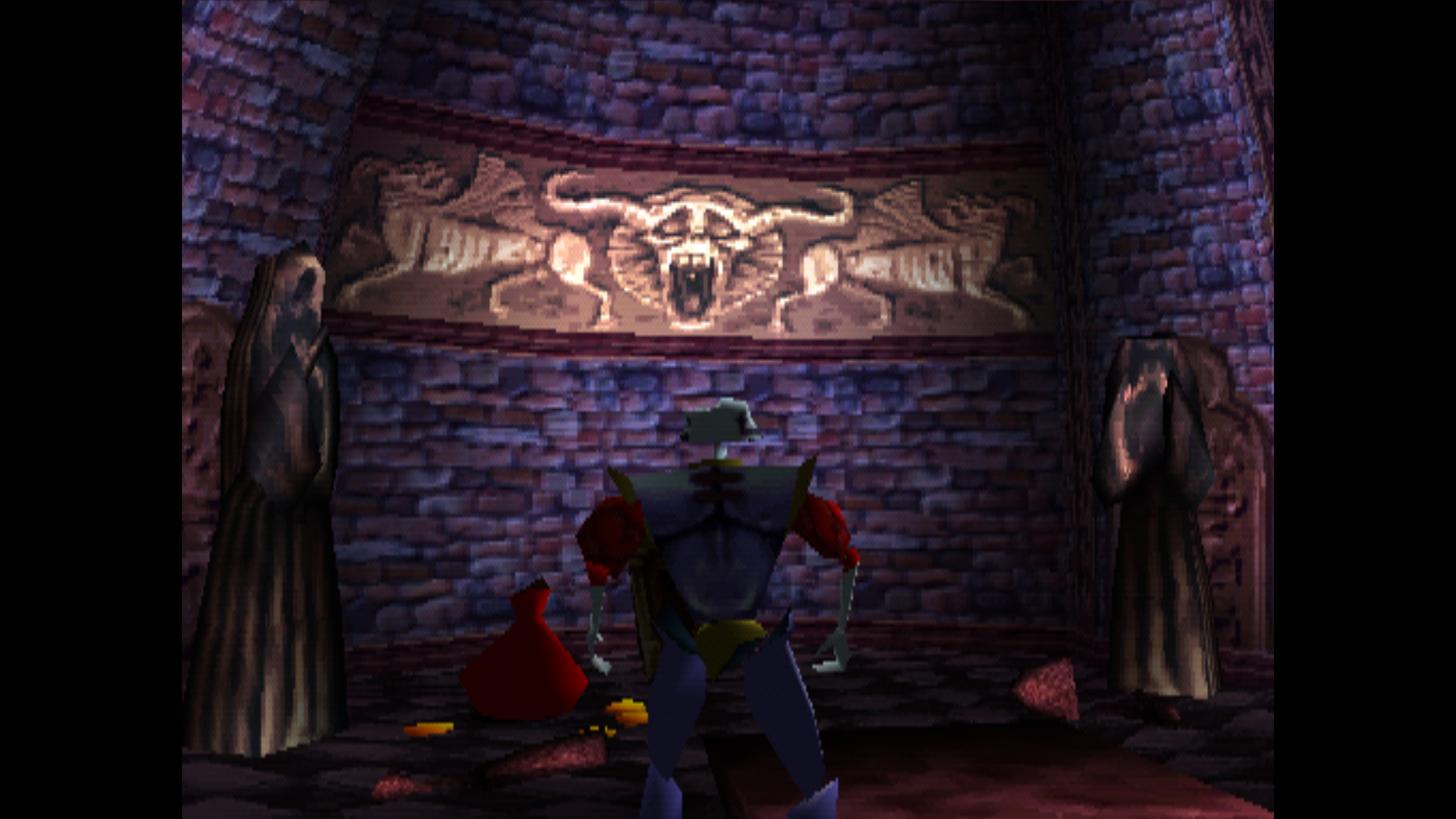 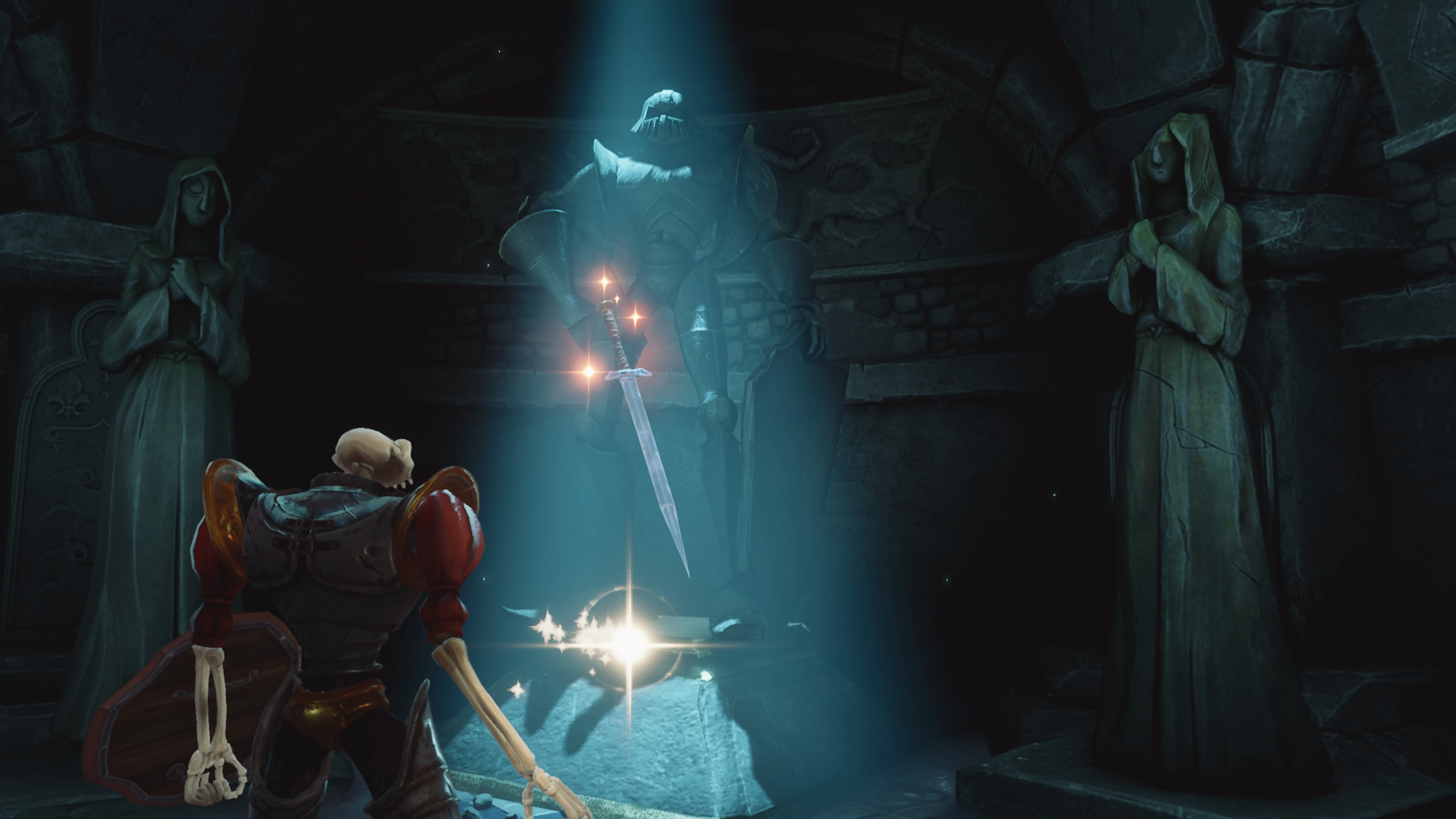 3. The original soundtrack has been lovingly re-recorded

Rightly, the classic score hasn’t been tampered with. Instead, it’s been enriched. The PS4 remake replaces the orchestral synth sound of the original with the real thing, with the Danny-Elfman-inspired score re-recorded by the Prague Symphony Orchestra. Overseeing its production? Composer duo Bob&Barn, who wrote and produced the original soundtrack.

Regardless of whether you missed MediEvil when it first released on the original PlayStation, or you’ve fond memories of playing hero saving Gallowmere from the clutches of an evil sorcerer, there are plenty of reasons to pick up a Dualshock 4 controller and enjoy the upcoming PS4 remake of the returning action-adventure this Halloween. 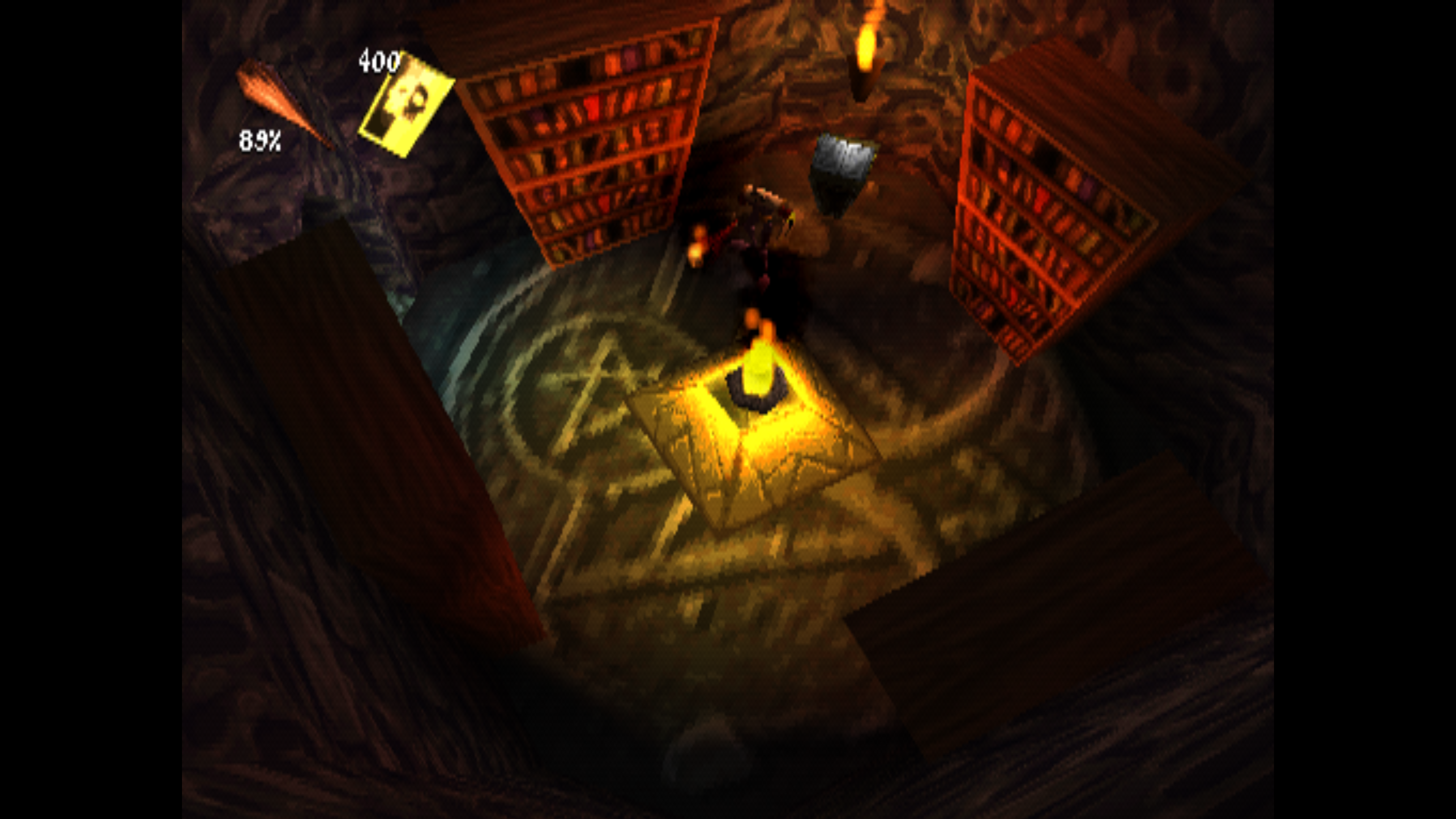 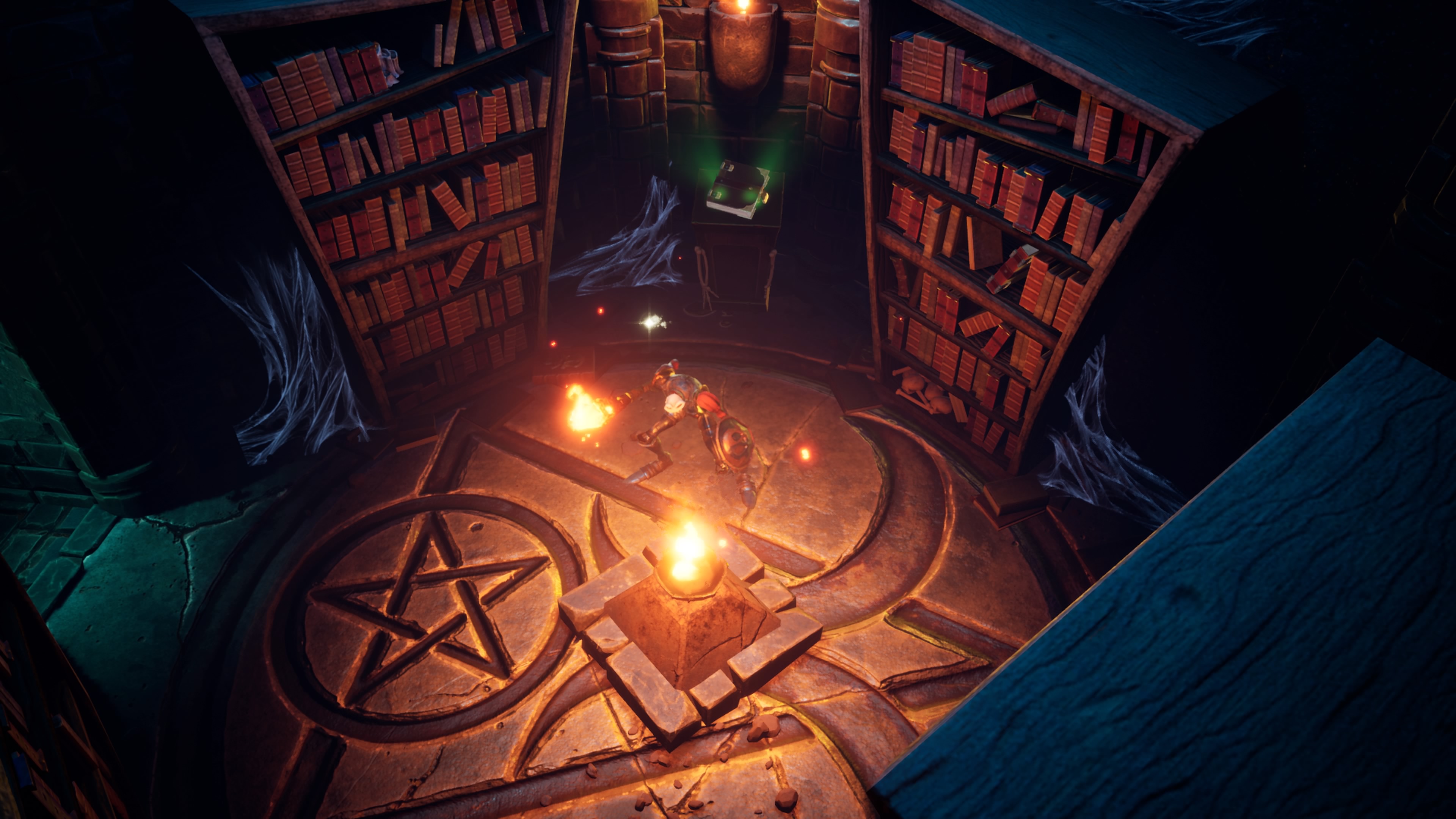 Want more? Also make sure not to miss this behind the scenes look at how the game was created!

To be fair, Dark Souls is basically a third person adaptation of King’s field which released 4 years before Medievil.