Trials of Mana, out on PS4 in 2020, is a remake of an RPG classic you’ve possibly never heard of. That is understandable, as the story behind it is over 20 years old. Let’s get you up to speed with a quick refresher.

A quick story from 24 years ago…

The short version is a game named Seiken Densetsu 3 came out in Japan way back in 1995. It retained certain elements of its predecessor, known as Secret of Mana in the west – high fantasy setting, lush visuals, an emphasis on real-time combat – while expanding on others. You still played with a party of three characters, but now you had a cast of six to choose from, with the storyline altering depending on who you selected as your core trio.

Yet despite Secret of Mana – receiving global critical acclaim on launch, its follow-up never released outside of Japan.

Fast-forward to June this year and Square-Enix made a surprise announcement: it was hard at work on a Seiken Densetsu 3 remake. And with a new version comes a new name: Trials of Mana. Same characters, same world, but rebuilding everything else to make it look, sound and play like it had been created for today’s audience.

How a new game can feel so familiar…

And the idea works. I was overcome with a strange sense of deja-vu when playing the demo recently, like I was revisiting a classic game I’d loved but inexplicably forgotten. Nostalgia gripped me the moment the game’s gorgeous soundtrack kicked in and those vibrant visuals came into focus. Nostalgia for a game I have never played. Square-Enix has achieved something special here. For gamers of a certain era, the experience might be disconcerting. Disconcerting, yet wonderful. 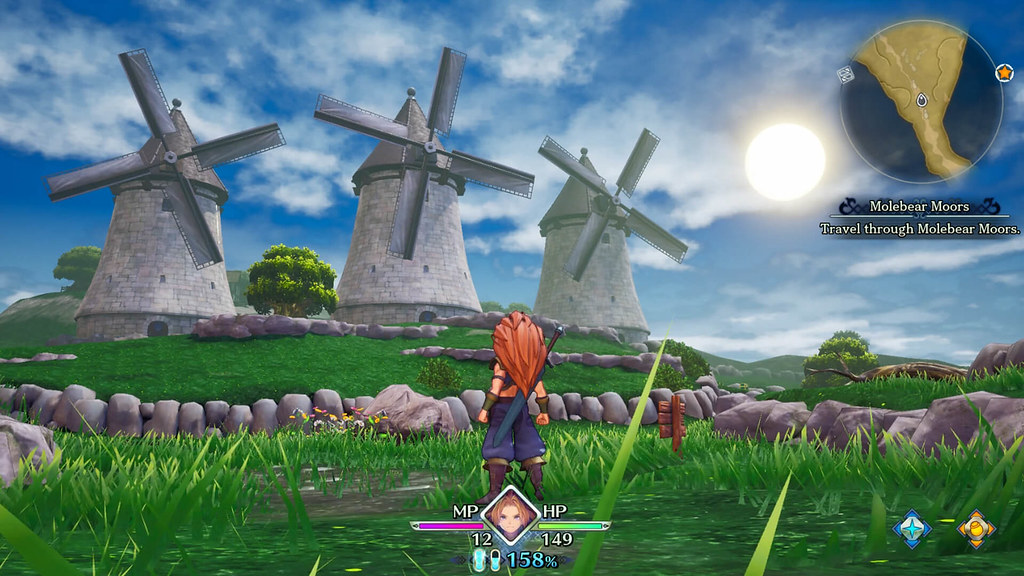 The game’s soundtrack has been modernised, though only some tracks are scored by a live orchestra.

…and the challenges faced by the studio to achieve just that

That sensation is something Square-Enix is well aware of. “A large part of putting out this remake was to capture the nostalgia for people who’d played it when they were younger,” explains producer Masaru Oymada when I talk to him after my half-hour play session. And even if you haven’t played the original, you should recognise the era this remake evokes.

The team knew it wanted to keep the general outline the same, but much needed to be rebuilt to make sure the game could “fit with the times”. The question then posed internally was this: what would this game be if it was made today?

Not that answering that was simple. From the start, there were big design concerns, ones without easy fixes. Not only did the studio have to reinterpret the game’s look as it jettisoned the original’s pixel art approach, it had to reinvent the battle system.

“With pixel art there’s a lot of extrapolation and imagination the user puts in to what they think the character looks like,” Oymada explains. ‘Filling those blanks’ for the Unreal Engine-powered adaptation, yet keeping the design consistent with the original was an uphill struggle. 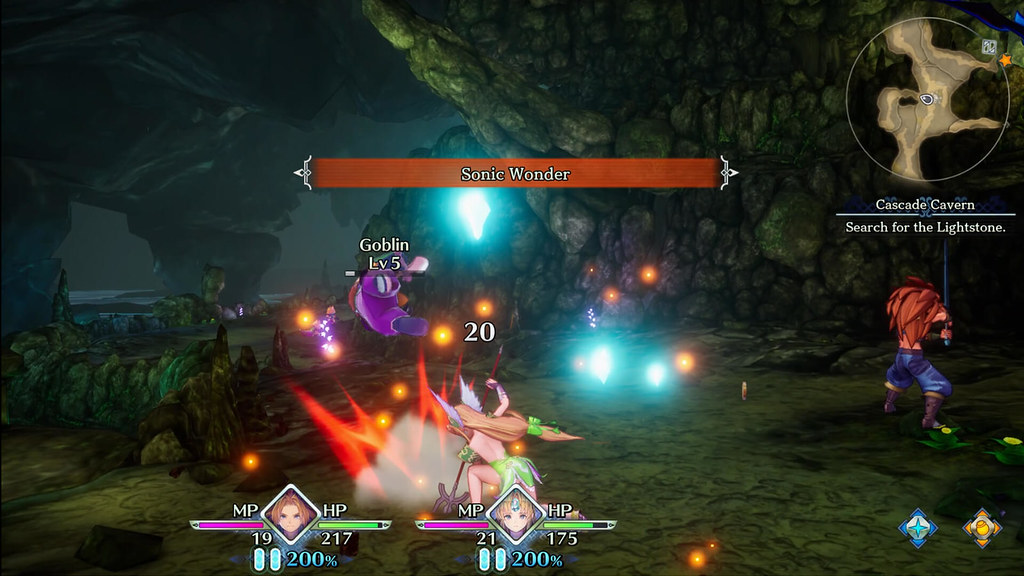 You can switch between your three party members at any time. You can customise what actions your two other party members will perform during battle in a sub menu

Nor could the battle system remain the same. While an early prototype that mimicked the original had a “good vibe” going to begin with, the team soon “got the feeling that battle system, with the way it looked, it didn’t really fit”. The decision was made to start afresh. The final system, which adds in modern touches such as evades, jumps and combos, was refined through multiple play tests.

In comparison, the switch from the traditional top-down view to a third-person perspective was relatively easy. “It really was just to make sure the player felt as immersed in the story as possible.”

When change is tradition

Yet change is not unusual for Seiken Densetsu. In fact, it’s tradition. According to Oymada, franchise creator Koichi Ishii was “always very keen to try new things” come every game in the series. A new take on a familiar legend.

With that philosophy in mind, it’s only fitting that Mana’s return is under a new guise. And from what I’ve played so far, it’s a story whose newer embellishments make it worth revisiting when its releases next year. Even if it’s for the first time.

The SNES original was one of the first emulated games I ever played on really early SNES emulators in the late 90s on my college’s PC’s. They lacked sound, transparncy effects and the game was in japanese but i loved the rich colours and pixel art (I was never fond of the graphics in Secret of Mana on my SNES despite really enjoying that game). Is there any chance of the 2D version coming with this or is that just a Switch thing? This one looks nice too (and I actually preferred the SoM remake over the SNES original) but yeah I would love if the original SNES game was included too (wouldn’t be the first SNES game on PS4. We’ve had Super Star Wars and Super Contra 3 the Alien Wars among others). :)

I’m looking forward to this game. Really enjoy the mana series and this kinda looks to as what I was expecting from a modern one.

Btw any chance for the collection to come to PS4 as well? And add Legend of Man’s from the PS1 while you’re at it ☺ Pretty please

Day one for def!

I really like the music as well so hope they sell this new soundtrack as well.

I mean, I know it’s Square Enix so they’d make it $90231 and pretend they spent ages adding features that were already in the game (like with FFXII) but still!

I would totally get this for Vita. Too bad. Guess I’ll wait for a Switch version.